JAGUAR’S previous-generation Jaguar XF of a decade ago was the company’s game-changer. The XF II, the first under Tata stewardship but wholly British in design and engineering, builds on much of its predecessor’s inherent strengths by adopting the brilliant lightweight rear-drive architecture from the excellent (and woefully underrated) Jaguar XE, and basically stretching it. Double wishbones, multi-links, the works… 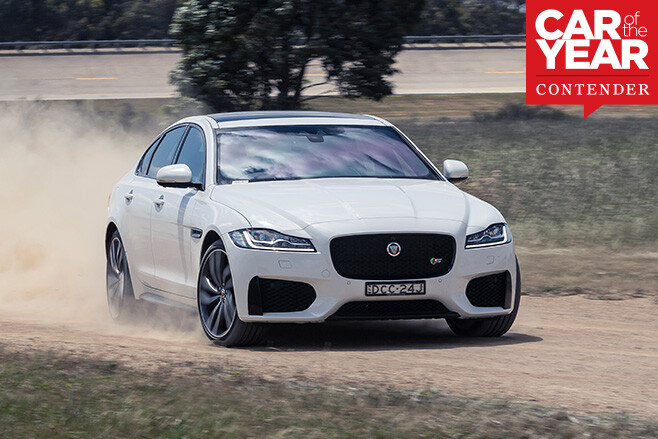 In every measurable way, the large Jaguar sedan is better, beginning with a lovely understated interior that meshes modernity with quality and class. While losing the auto-closing central vents is a shame (they’re still at the dash extremities), significantly greater space and improved ergonomics (even over the XE) make the opulent and hushed cabin a relaxing place.

Push the start button, and the XF’s grand-touring athleticism and finesse continue to flow through, whether you’re in the rorty 2.0-litre 25t turbo and 3.0-litre V6 35t supercharged petrols (both ex-Ford), or the new-fangled Ingenium 20d turbo-diesel, which excels for refinement as well as mid-range urge, with incredible frugality (the claim is 4.3L/100km) to boot. In all cases, kudos must go to the ZF-supplied eight-speed auto, which is surely one of the world’s best. 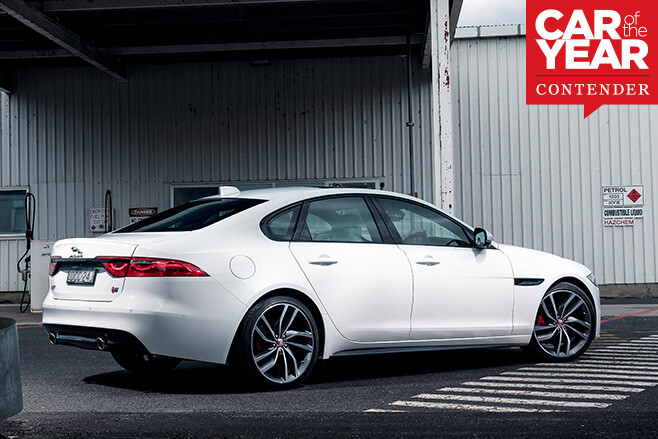 Beautifully measured steering (that’s daringly direct – Carey thought it a step too far for the demographic), masterful handling, and a gracious ride that might be the XF’s greatest feat make this the passengers’ as well as driver’s choice. Some judges reckoned the Jag was the most comfortable vehicle at Car of the Year. Superb ESC tuning and incredibly strong brakes also enticed.

However, after the enduring and endearing handsomeness of the previous version (and XE), it appears that Jaguar’s designers somehow lost their nerve with XF II, diluting its confident stance and losing the perfect proportions. 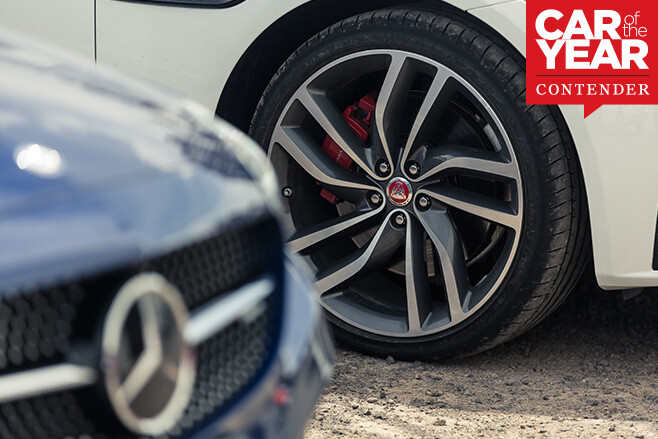 And then there’s the pricing. As base models, the Brits seem to be on the money, with the Jaguar within sight of its German opponents across the range. But BMW, and Mercedes-Benz especially, offer standard features that cost a whole lot more in the XF, meaning that the volume-selling 25t at $97,515 with electric seats, a sunroof, head-up display, digital radio, premium mats, sports suspension, metallic paint and a few other goodies is nudging $120K.

Having the cheaper yet better-specified Mercedes-Benz E-Class to keep the XF honest highlighted Jaguar’s pricing folly. It’s as if nobody told the Brits that (most of) the Germans twigged nearly a decade ago that you can’t expect Australians to blindly throw more cash for equipment that others include in cheaper similarly sized models. The Leaping Cat cachet only reaches so far, especially when the Stuttgart taxi looks so much sharper and more contemporary inside and out… 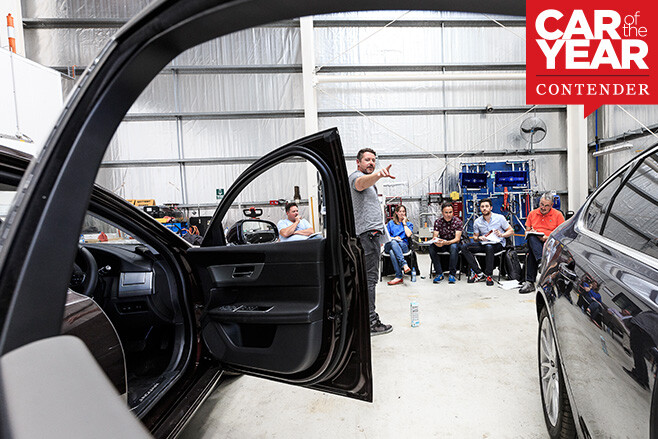 Ultimately, it isn’t so much AWOL X-factor as in-yer-face Exxy-factor that halted this remarkably civilised sports/luxury sedan’s COTY journey.