Premium SUV demands you spend up on suspension tech iF you want to avoid struggle-street ride.

Premium SUV demands you spend up on suspension tech iF you want to avoid struggle-street ride.

PAUL Keating would like the Mercedes-Benz GLC. Just like that famous recession in 1990, the newcomer to the three-pointed-star family is the SUV that Mercedes-Benz had to have. Yet it’s surprising it’s taken so long to get it. Blame that on the international product planning masters, who somehow missed the Down Under surge towards SUVs.

At least the GLC is finally here and it appears there was pent-up demand for the mid-sized Mercedes-Benz SUV because it’s shot to the top of the luxury SUV sales charts. 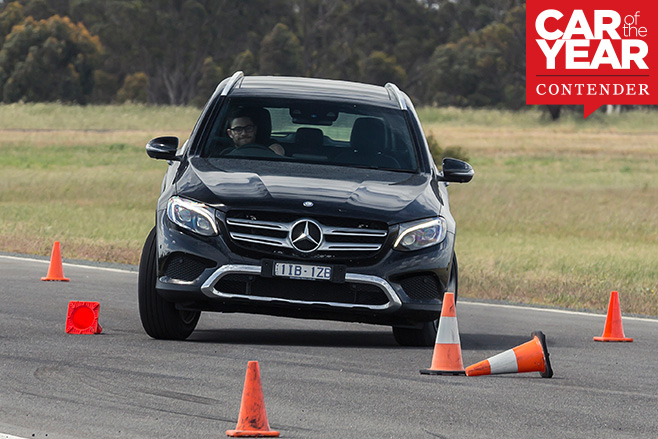 No doubt design plays a part. Judges noted how elegant the GLC is, although rued the rear-end treatment of the GLC Coupe that saps space and style. The Coupe might win points for its additional equipment – at a cost – but its boot is 50 litres smaller, a minor black mark.

Inside, the dash treatments between wagon and Coupe are the same – and nearly identical to that employed across the Mercedes-Benz C-Class line-up, a car that provides the underpinnings for the GLC. Simple yet effective, and detailed yet restrained, the only universal sore point was the ‘claw’ that hovers over the circular selector as a secondary means to navigate the 7.0-inch screen (or 8.4-inch with the optional Comand system). 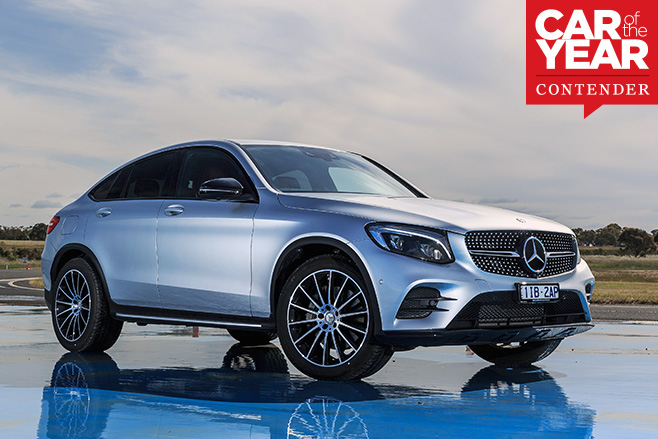 When it comes to function, though, the GLC sets a high standard in many areas. It’s spacious and well-proportioned with great seats and a sizeable load area. The wagon, in particular, has very adult-friendly headroom, and even the Coupe is decent.

The engines, too, offer a vast selection from the fuel-efficient four-pot diesel engine to the rorty AMG-fettled twin-turbo V6.

The diesel uses as little as 5.6L/100km, although it’s the old-gen 2143cc unit rather than the sweeter, more refined 1950cc diesel now offered in the E. So it’s more about economy than entertainment. 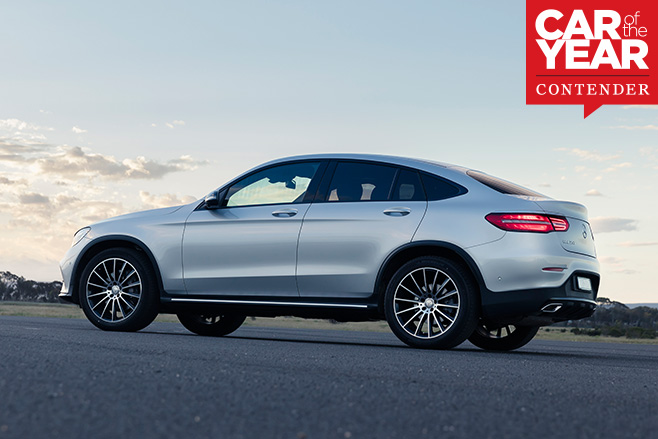 For that, look no further than the GLC43. The fiery 270kW V6 brings some tantalising AMG lite to the table, stealing a march on key rivals when it comes to performance on a budget.

Yet on the road the GLC quickly sheds points – and it all comes down to suspension. Riding on the standard 19-inch tyres, the GLC220d thundered across the You Yangs chatter bumps, prompting judges to question the basic suspension architecture. The equation worsens with the GLC250 riding on 20s.

Yet step up to the 21-inch hoops of the GLC43 and there’s a ride revelation. With standard Air Body Control air suspension and adaptive dampers the 43 is infinitely more relaxed, better controlling rebound and bringing newfound compliance the base cars can’t get close to. Plus, the air suspension – which is optional on lower cars – solves the crashing and bashing issues. 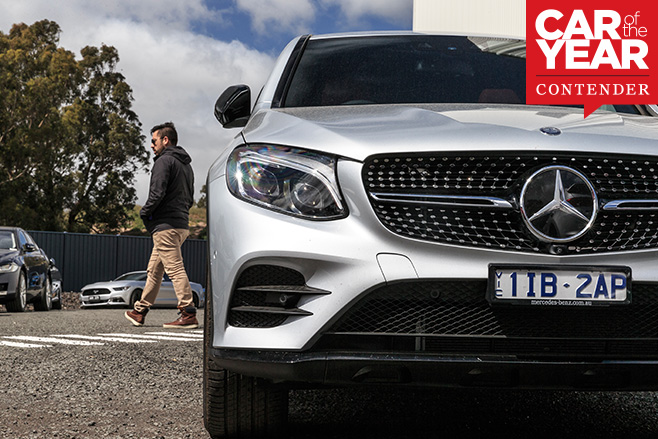 Not that the GLC is deficient dynamically. Nicely weighted steering and high levels of cornering grip make for solid smooth-road performance. And the GLC earned high praise for its braking; good in both the wet and dirt disciplines.

Therein lies the crux of the GLC. Excellent in some areas, let down in others. There is lots to like with the GLC, but its flaws, predominantly the underdone suspension on base wagons, cruelled its chances of progressing. 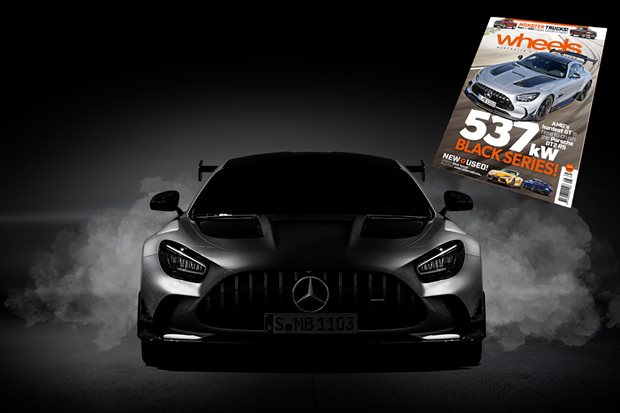