We expected big, honest and slightly dull from Skoda’s first seven-seat SUV, but the Kodiaq was the probably the most pleasant surprise of this year’s COTY.

SPEAK to any of the more experienced judges at COTY and you realise they have an instinctive feel for what’s going to score well against the five competition criteria of Function, Efficiency, Safety, Technology and Value.

For 2018, the Skoda Kodiaq looked set to register some big numbers on most of those scores. The greybeards on the judging panel were quietly confident it would end up at the pointy end of proceedings.

If you are conversant in even pidgin Volkswagen Audi Group design language, you know what you’re getting with the Kodiaq. It rides on the same wheelbase as a Passat, the interior has that ever-so slightly decontented feel compared to, say, a Tiguan or Touareg, but it’s packed with thoughtful ideas like the pop-out edge protectors on all four side doors, driver-activated electric child locks for the rear doors, folding automatic umbrellas concealed inside the front doors and a rechargeable LED torch that clips into a recess in the cargo compartment.

On the road, the Kodiaq’s MQB-based chassis delivers surprisingly tied-down body control and decent ride quality while the electrically-assisted steering is about the best in class. Where most of the Kodiaq’s seven-seat rivals would soon lapse into a sloppy handful on a twisty road, the big Skoda feels alert and reassuring. The 132kW 2.0-litre petrol engine – the only option available at the time – also develops just enough grunt to haul the 1744kg bulk.

A stellar five-star ANCAP safety score augmented by an autonomous emergency braking package that works and works well boosts the Kodiaq’s credentials. The $46,290 drive-away price only cements the Skoda’s showroom appeal as the least expensive AWD seven-seat SUV of this size.

Kodiaq is emblematic of the type of car that Skoda builds when it’s at its best; pragmatic, with clever touches, and an overall sensation of quality that straddles classes. It emerged, as predicted, at the pointy end of the field as wholly likeable yet eminently sensible. Could it register enough votes to go all the way? It’s in with a genuinely strong shot. 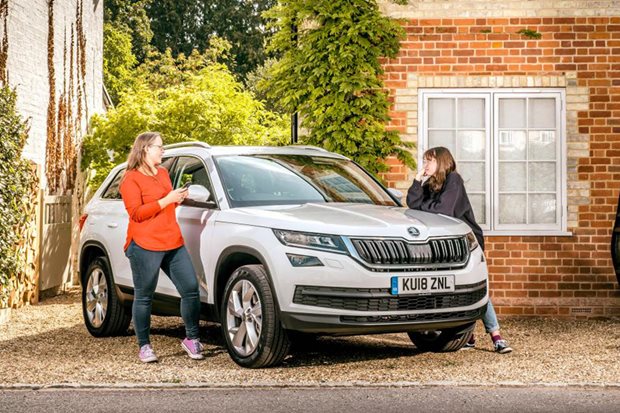 Fed up with your kids treating you like a taxi? Skoda makes them work...