If the whole Tickford thing is confusing you with memories of AU Falcons and stroked Windsor V8s, here’s the skinny: Tickford has been reborn as a brand and is essentially the road-car division of Prodrive Racing Australia.

PRA, you will recall, runs the Mega, Super Cheap, Bottle-O and Monster Energy Falcons in the Supercar championship, so modifying a Ford road car for more poke shouldn’t be a problem.

The Tickford road-car range kicks off with a variation on the Mustang EcoBoost theme which, in the form you see it here, is renamed the 270 Power Pack in celebration of the new output of 270kW (up from 233). Torque is up, too, from 432Nm to 520 and that’s all down to a new cold-air intake, two-and-a-half-inch exhaust and a reflash of the ECU to allow for more boost and to tie it all together. 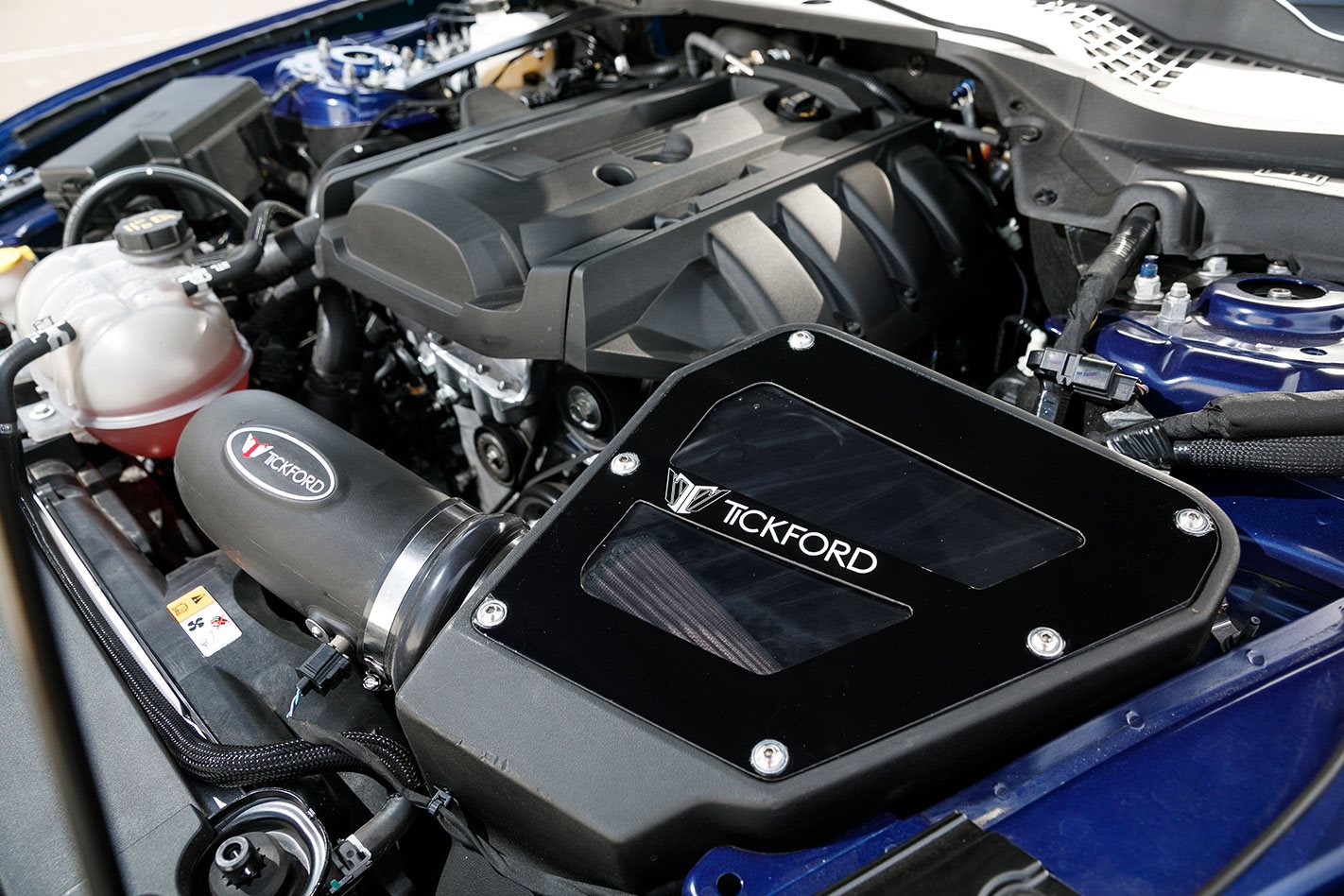 Tickford has arranged its road-car wares according to distinct packages, so you can pick and choose what bits you want, and it’s all sold as aftermarket gear, meaning you have to buy the car first and then take it to a Tickford fitter for the transformation.

So along with the Power Pack deal, there’s a suspension package which gets you a set of coilovers that lower things by 25mm and firm it up. Then there’s the wheel and tyre package that gets you on to 20-inch forged alloys with 9.5-inch fronts and 11-inch rears with 265/35s and 295/30s respectively.

There’s also an interior trim package that adds leather and Tickford logos where there weren’t any and a unique centre console, again in leather. 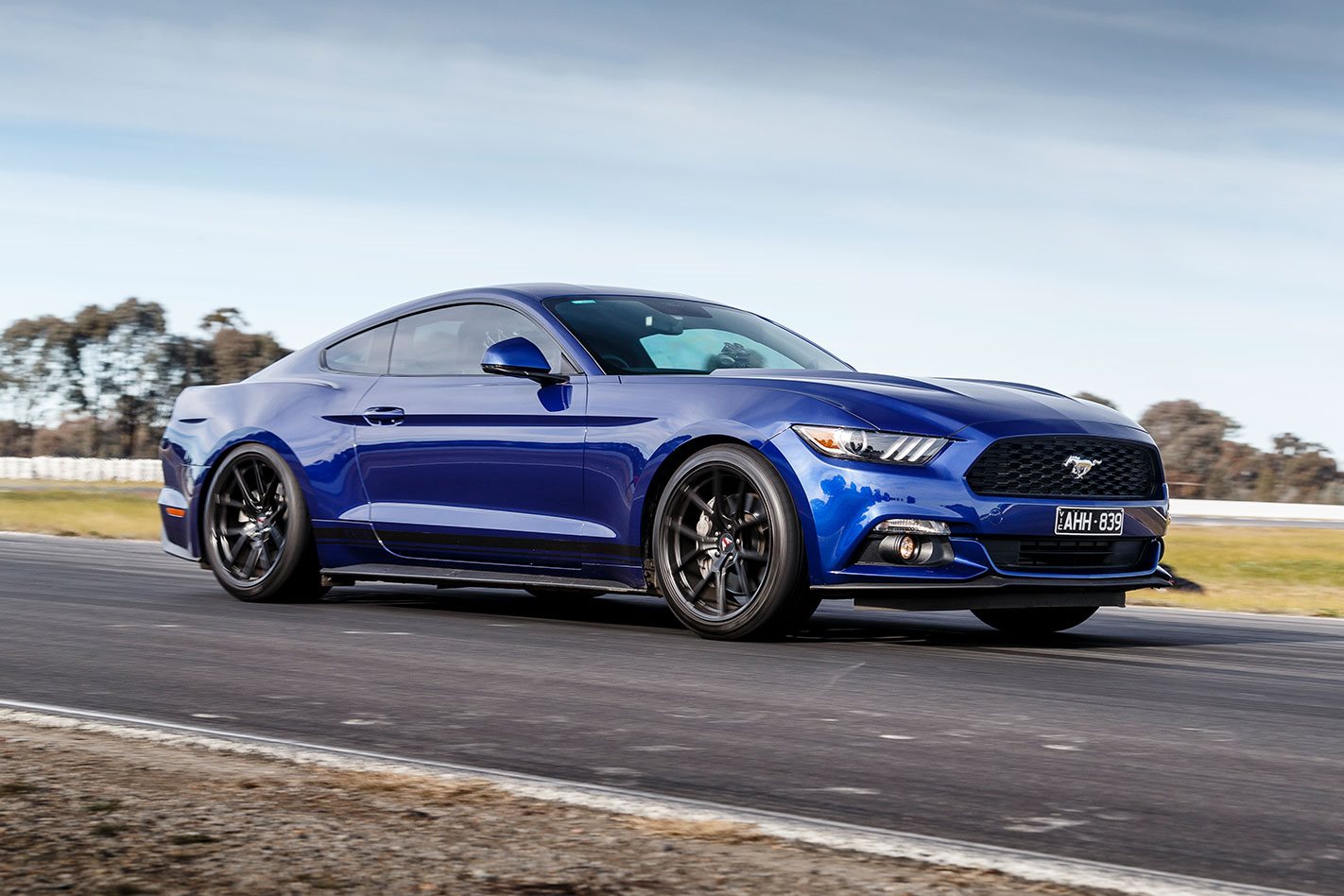 Although the Tickford turbo is not as in-your-face as the Mustang Motorsport EcoBoost, it turned out to be a fraction quicker to 100km/h with a 5.81sec, but a tad slower over the quarter with a 14.08sec.

That said, it didn’t have the Mustang Motorsport’s flat-shifting facility or launch control, so maybe that’s where those tenths went at the top end of the strip.

Lap time? Decidedly slower than the rest, actually, but that’s really all down to the road-biased set-up of the suspension. While the aftermarket coilovers do take some of the slack out of the standard arrangement, they are in no way as track focused as some of the other cars here. 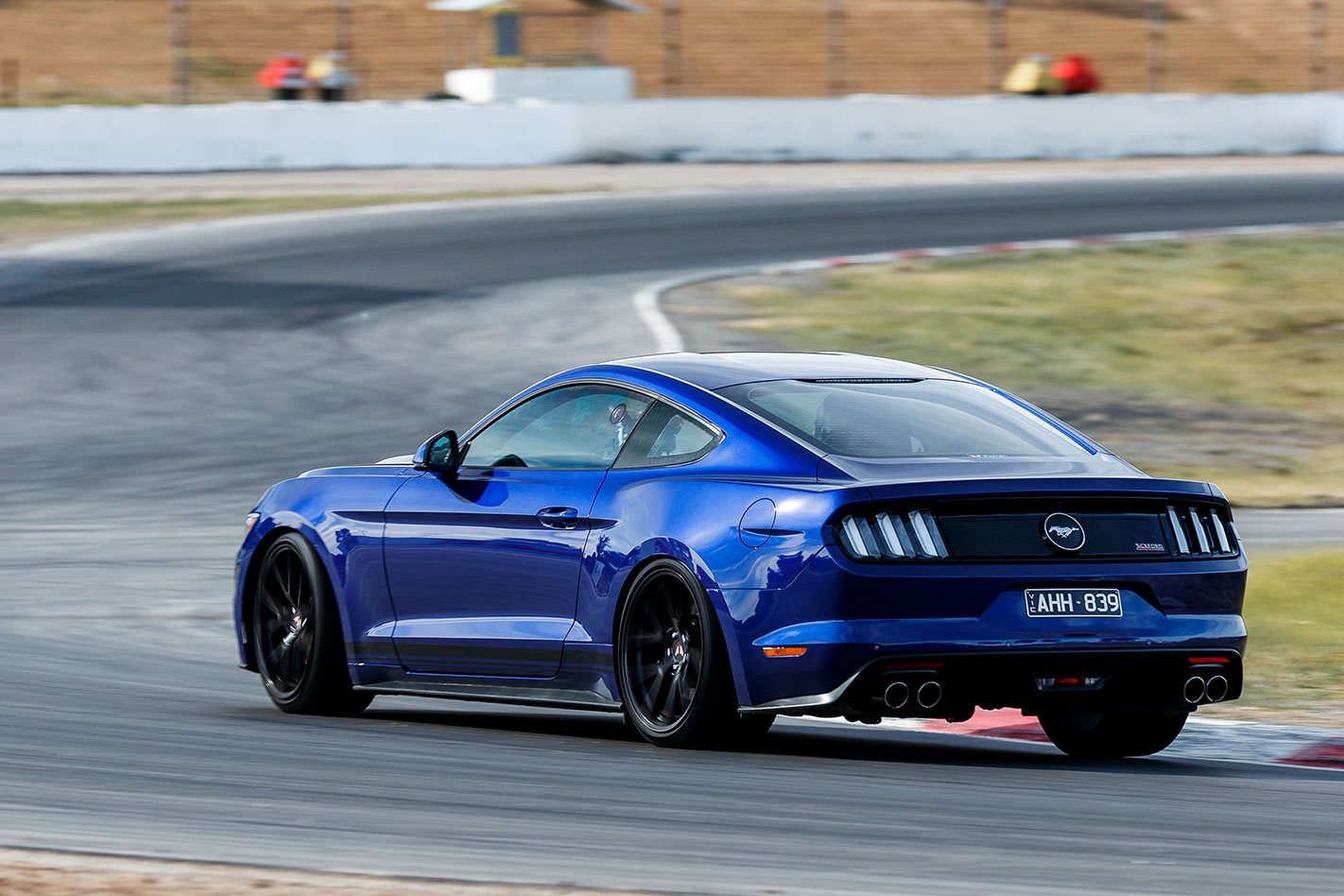 That will doubtless make it a nicer long-distance tourer, but it doesn’t do squat for the thing’s chances at a punch-up like this one.

However, that relative softness did make the thing quite throttle-steerable on the limit. Which was kind of just as well, because as commitment levels rose, the accuracy of the steering started to disappear. Again, the roadable tune of the springs and dampers is the root cause of its on-track weaknesses.

But the gearshift was lovely and the Tickford 270 cements another theory into place: that the standard turbo Ford fits to the Mustang EcoBoost is right at the limit of its abilities in this state of tune.

In fact, the line has actually been crossed because, like the Mustang Motorsport car, the Tickford turbo simply fell over at the top end of the tacho, gasping for air. By about 5000rpm, the snail has given all it can at that boost level, and asthma sets in. 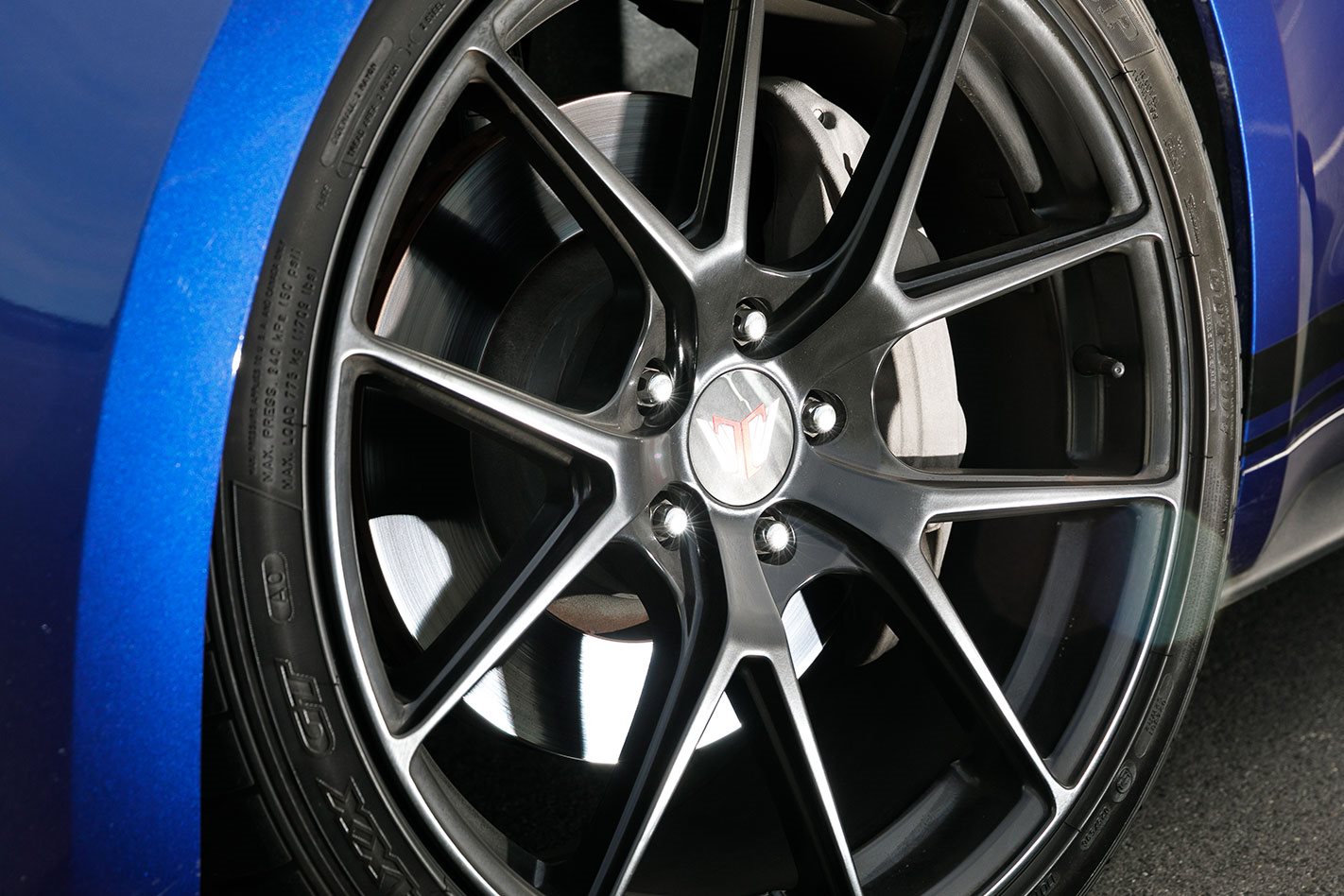 And even though the brakes were the stockers, they did a darn fine job of pulling her up in a competitive distance.

Maybe lap after lap would begin to highlight the difference in some of the aftermarket set-ups on the other cars, but, again, that’s clearly not the role of this car in this tune.

“The one thing I really like about this car, and it’s the philosophy I like to see in tuner cars, is that it’s not about being able to pick the one thing that has or hasn’t been done on the car. 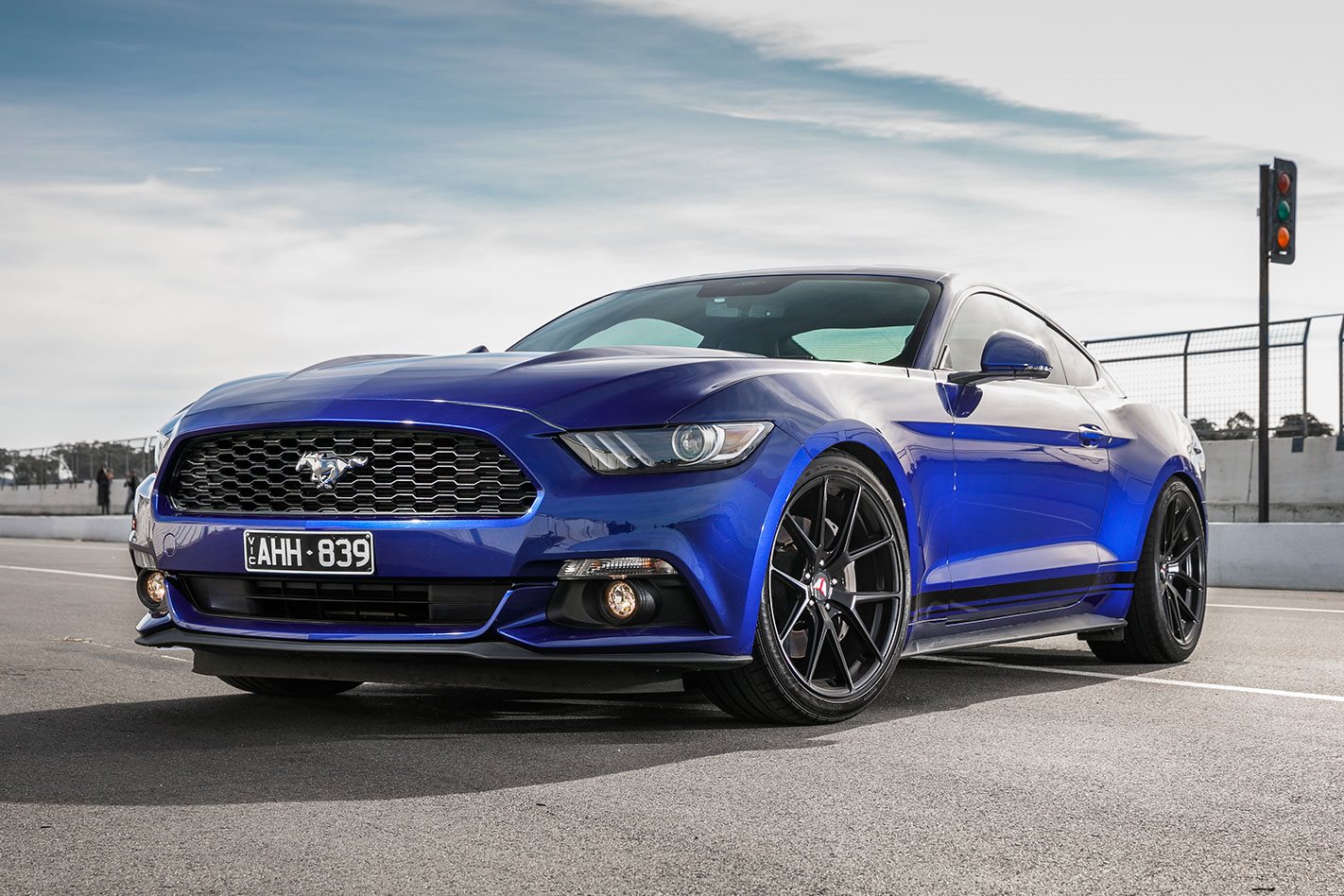 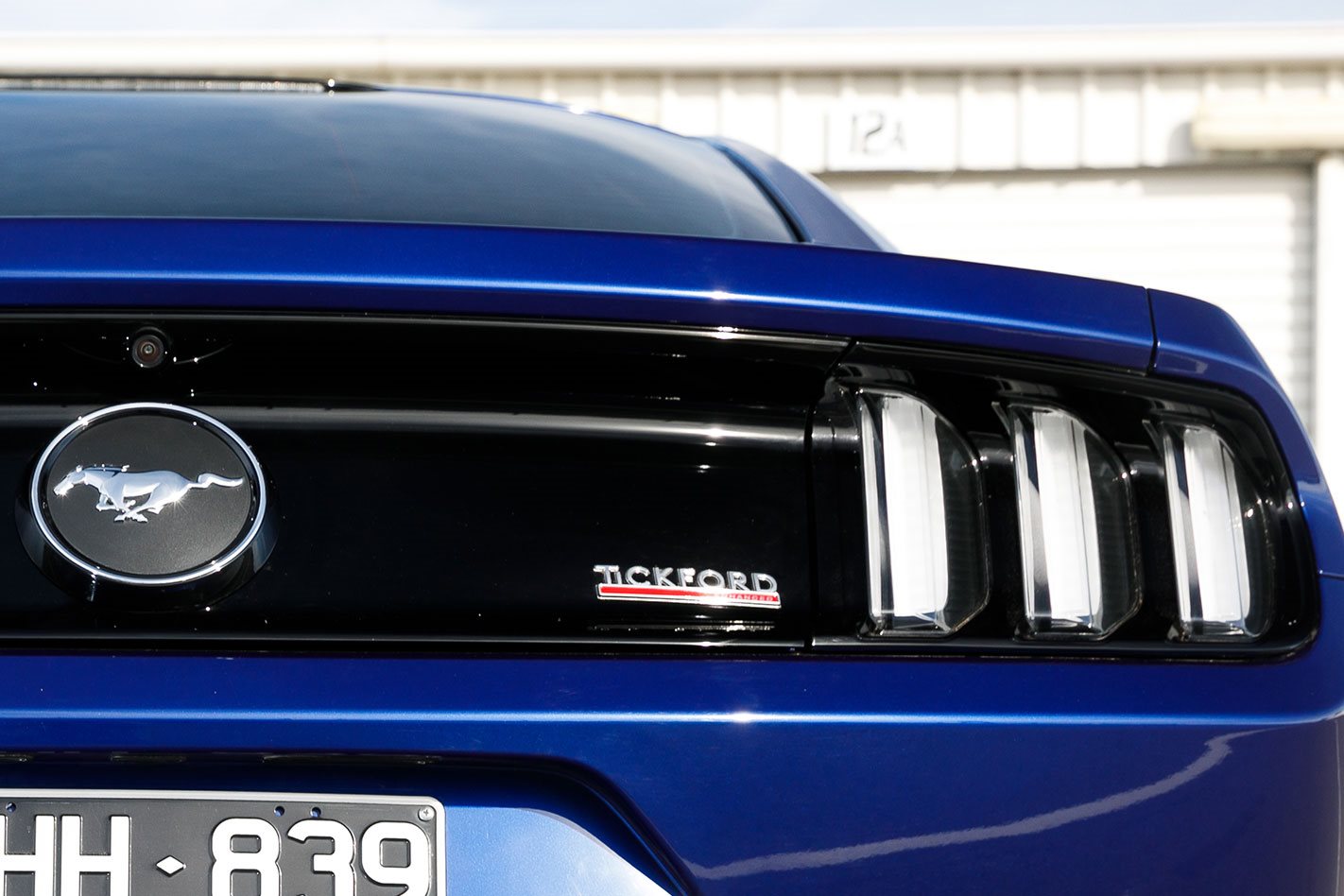 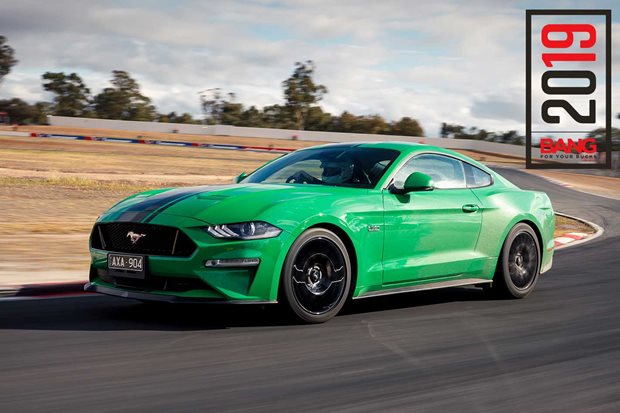 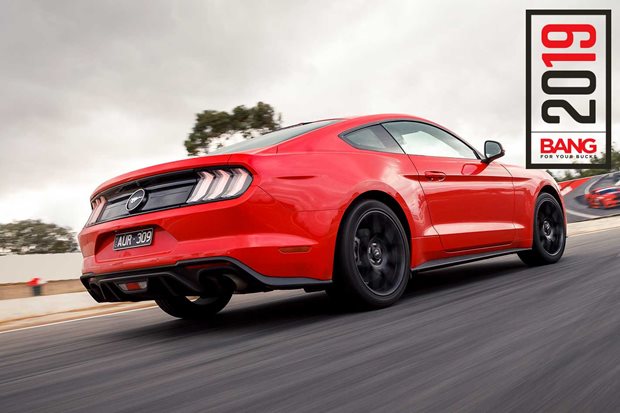 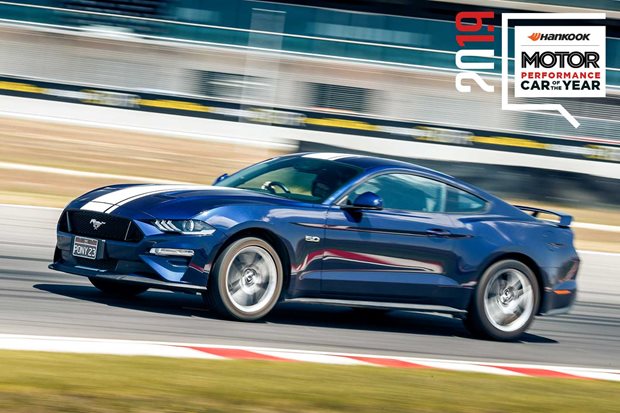