It was 1977, and a legendary victory for Ford had just taken place on The Mountain.

Crossing the line in first place, ahead of the likes of Brock and Perkins (and way ahead of Brabham), was Allan Moffat in an XC Falcon, with Colin Bond right behind him in another. Moffat Ford Dealers won a 1-2 victory at the 1977 Hardie-Ferodo Bathurst 1000, and Tickford is celebrating it this year, on the 40th anniversary.

No more than 77 Mustangs will be built with a paintjob based on the livery from the two winning XCs, as well as a supercharger and a unique wing, all numbered and endorsed by Moffat himself.

“It is hard to believe it has been 40 years since Colin and I finished 1-2 at Bathurst but while I recall the race as if it were yesterday, it is nice to know it holds such a special place with so many people all these years on,” the Bathurst ’77 (and ’70, ’71, ’73) champ says. “The team at Tickford have done a very thorough job coming up with a modern interpretation of my 1977 XC Hardtop.

“While the Falcon has sadly been consigned to the history books, the Mustang was always one of my favourite cars to race and I had considerable success in them.

“Ford have done a great job with the latest one,” says Moffat who, in a bizarre coincidence, is also 77 years old. 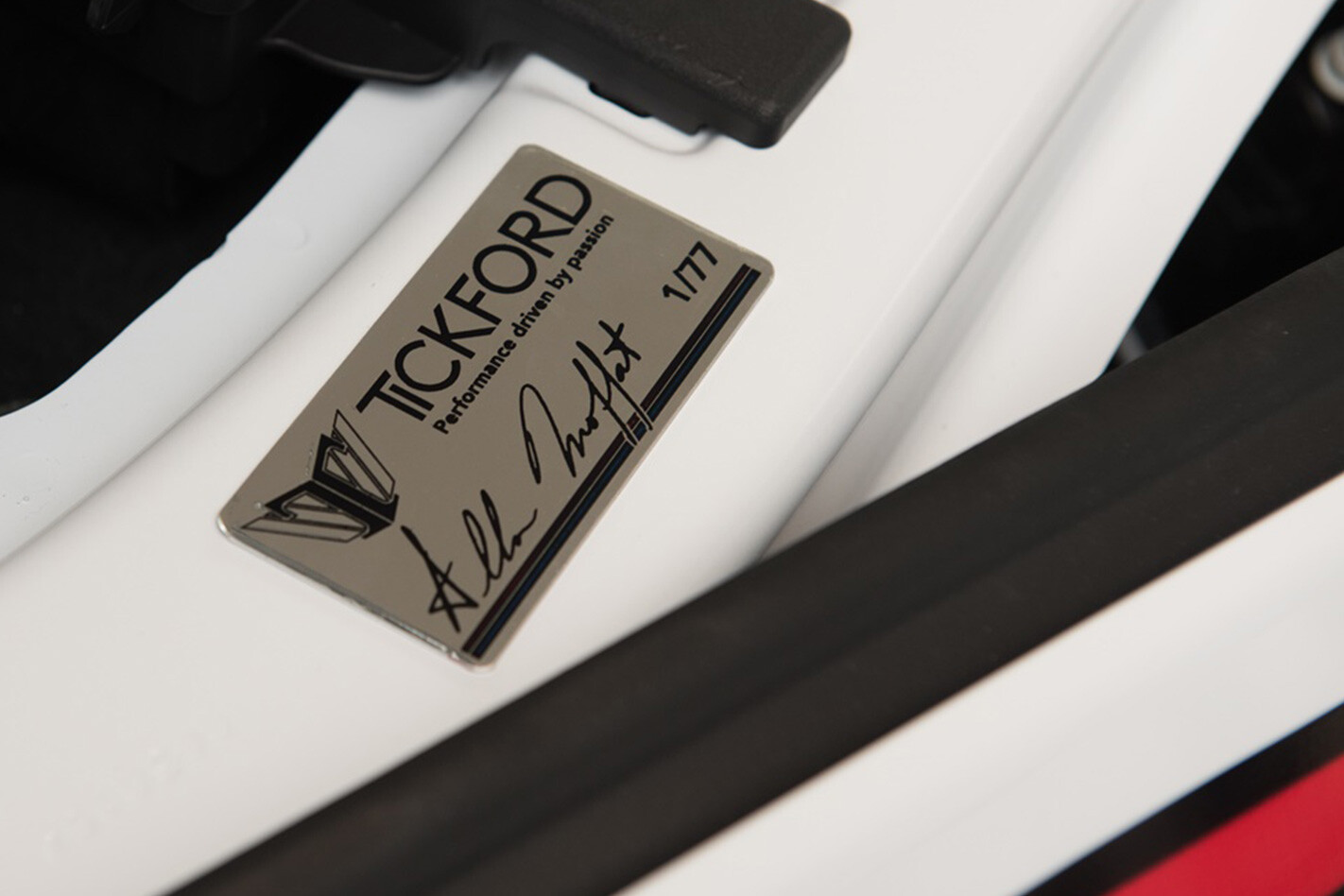 Tickford hasn’t released full specs for the builds yet, but says each will have “XC Hardtop red and blue stitching on the seats, a bespoke steering wheel plus unique cabin badging”.

They’ll also get special 20-inch alloy wheels, finished in a similar fashion to those on the original XC. Tickford boss Tim Edwards says the company is now putting the call out for expressions of interest on the limited edition Ponies, adding that it’s an honour to be working with Moffat in the process.

“We are privileged to be working with Allan Moffat to create a modern V8 hardtop that pays tribute to his famous winning machine.

“The fact Allan endorses the program and has worked with our project team from initial concept stage to provide input into the Mustang’s development only adds to its status.”