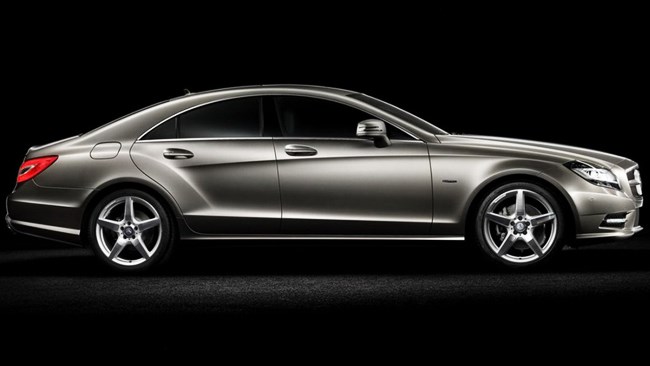 Mercedes-Benz has revealed the upcoming and all-new 2012 Mercedes-Benz CLS, a month out from its its Paris Auto Show debut in September

Mercedes-Benz has revealed the upcoming and all-new 2012 Mercedes-Benz CLS, a month out from its its Paris Auto Show debut in September.

The online unveiling of the new CLS follows July's retirement of the first-generation model, this new generation revealing a continuation of the styling language previewed in April's Shooting Break (sic) concept and the SLS AMG.

As with the new CL-Class, the new CLS features Mercedes' prominent new upright grille, flanked by the most overt rendition yet of its new flowing headlight design style.

Our own rendering, published early last month (see gallery below), offered an accurate look at how the new CLS might appear.

Mercedes-Benz is keeping much of the new CLS' technology close to its chest, although powertrains are expected to include the company's new 225kW/368Nm 3.5 litre direct-injected V6, along with a twin-turbo 4.6 litre V8 producing 320kW and 700Nm.

The headlights of the new CLS are made up entirely of LED lights, with a total of 71 'bulbs' featuring across both units.

In the cabin, the 2011 CLS retains the four-seat layout, its centre-console extending from the dash right through to the rear backrest. A new three-spoke sports steering wheel is featured, moving away from the four-spoke tiller featured in most Mercedes models.

The 2012 CLS is expected to make its Australian debut in the first half of 2011. 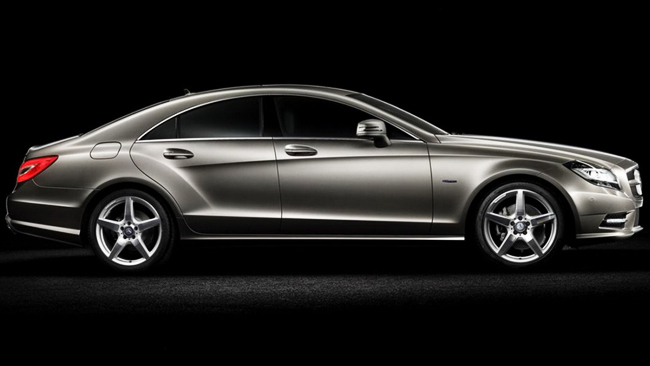 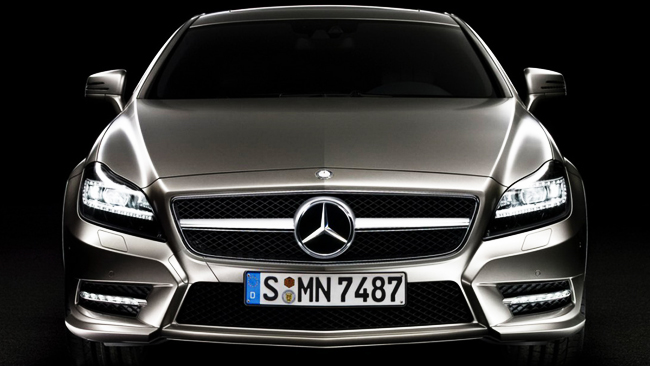