As you might expect, the new 991 Porsche 911 GT3 has some mouth-watering figures to its name. Here are some of our favourite.

SINCE the Porsche GT3 badge first saw the light of day gracing the engine cover of the 996 in 1999, the more driver-focused 911 variant has been winning hearts of Porsche purists the world over.

Now in its third-generation, the 991 GT3 is poised to roll out in Australian showrooms and early reports suggest the newest version is set to continue the perfect balance of on-road usability and track-destroying pace.

Here are some of the 911 GT3’s vital statistics:

9000
The GT3’s maximum engine revolutions per minute, which earns it the title of highest-revving production car on the market today. Peak power of 368kW is produced at 8250rpm.

6000
The rpm at which the GT3 produces its maximum torque of 460Nm, and also the maximum speed of many regular engines. For comparison, the 911 Carrera produces its 450Nm peak torque at 1700rpm.

3996
The number of cubic centimetres displaced by the new 4.0-litre engine. According to Porsche, the naturally-aspirated flat-six is virtually identical to the unit that powers its full-fat factory GT3 race car. 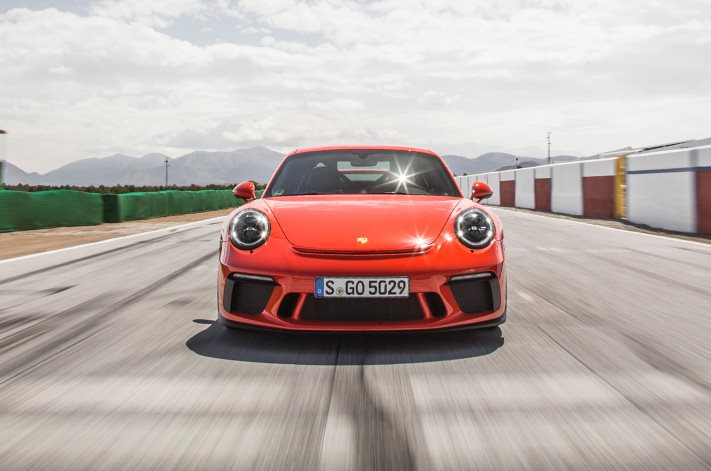 580
The amount of torque it takes in Newton metres to tighten each wheel nut. For the 991 model, the GTS, GT3 and GT3 RS all adopted centre-lock wheels and hubs for high-speed balance and optimum pit-lane tyre changes.

360
The diameter of the GT3’s steering wheel in millimetres. Looks familiar? It’s the same wheel as the one fitted to the mighty 918 Spider.

6
The number of ratios to choose from in the no-cost optional manual gearbox. Unlike the earlier 991 GT3, which was an auto-only proposition, this update once again offers a self-serve gearbox. The standard dual clutch PDK transmission has seven gears. 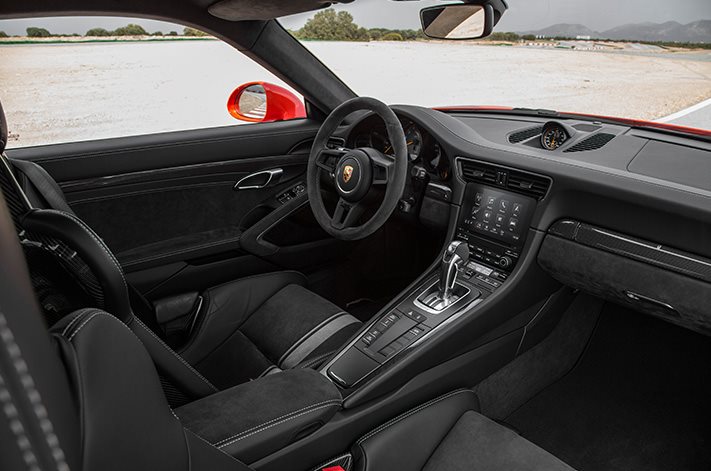 4
The number of steerable wheels. At low speeds, the rear axle turns in the opposite direction to the front wheels for greater manoeuvrability, while at higher speed, the rear wheels turn in the same direction for improved stability.

3.4
The time you need in seconds to get from static to 100km/h when flicking through the PDK dual-clutch transmission. Opt for the manual and you’ll need an extra six tenths to make the benchmark.

2
The number of places in the cabin occupants can sit. Like the GT3 RS, the GT3 deletes the second row of seating in the name of weight saving and to make room for a roll-over bar.

0
The gear selected if you pull both PDK paddles at the same time. Porsche says this neutral position allows you to “destabilise” the rear end. 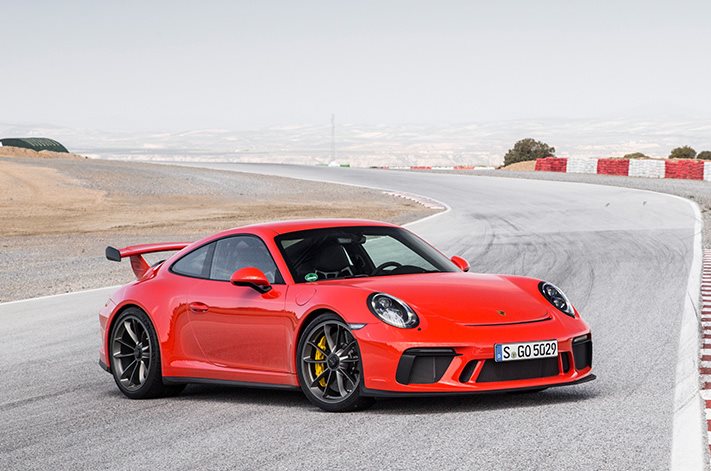