2018 Holden Commodore: Where to next?

Opel’s sale casts doubt on the future of the Commodore – and even Holden.

OPEL’S new owners appear to have locked the future of the Holden Commodore in for at least the next five years – but beyond that remains uncertain.

Under the terms of the deal locked in by Opel’s parent, General Motors, and the European brand’s new owners, Peugeot and Citroen parent company, PSA Group, the German carmaker will send rebadged Opel Insignia large cars and Astra small hatchbacks to Australia for the foreseeable future.

However, look deeper into the partnership, and GM has made it clear that while it will share with PSA Group its intellectual property – the platforms that fit under and the technology that slips inside its cars – the products will eventually have to move from GM to PSA platforms.

GM chairman Mary Barra mentioned only in passing that Holden’s supply of rebadged Opel products would continue to flow into Australia.

Opel chief executive Karl-Thomas Neumman was adamant the brands under his stewardship would retain their individuality, and Holden’s supply contract. 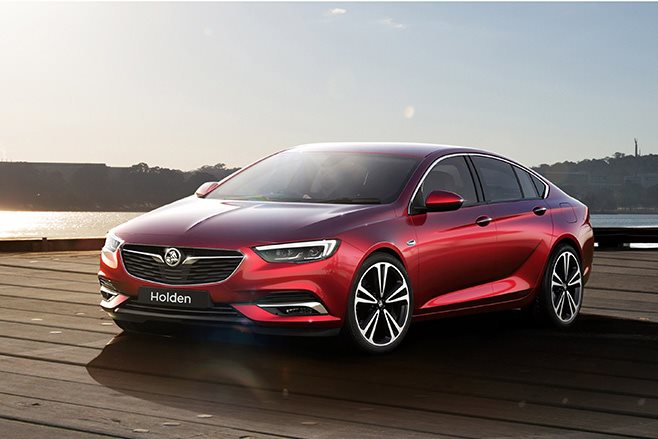 “Opel remains a true German brand, and Vauxhall a true British brand,” Neumann said. “It is also very good that Opel will keep to supply vehicles to Holden and Buick to support the utilisation of our factories.”

However, the longer term future of the agreement suggests the landscape, and the future of the Commodore, will both be up for significant change.

“Opel Vauxhall will also continue to benefit from intellectual property licences from General Motors until the vehicles progressively convert to PSA platforms over the coming years,” GM president Dan Ammann said. This is already starting to happen; the new Crossland X small SUV and its larger Grandland X sibling are both Opel products built off Peugeot platforms. An as yet unnamed all-electric commercial vehicle is a third.

Ammann revealed that GM’s biggest problem with Opel was its struggle to meet competing regulations that were driving a wedge between products developed for its most lucrative markets, such as China, and those for its least profitable markets, such as Europe.

“As we at GM observed further change in the landscape in the European automotive industry, the need for greater local scale has become clear and the industrial combination of Opel with PSA has become more and more compelling, which has ultimately led to today’s announcement,” he said.

“... However, we know that further progress will be challenging without building additional scale in Europe to support the investment needed to address the diverging consumer preferences and the diverging regulatory environment.

“For example, market needs in Europe… they’ve shifted enough that only 20 percent of the vehicles in the future portfolio of Opel and Vauxhall would have been common with the rest of General Motors,” he said. 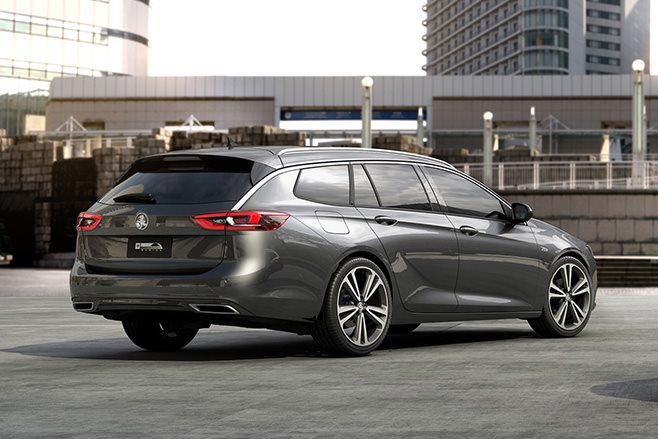 That means while vehicles such as Holden Astra and Commodore-badged Insignia – two cornerstones of Holden’s showroom now and into the future – were important to Opel’s business, they were very much on the fringe of GM’s.

Depending on how the carve-up of Opel’s products pans out, supply of the Commodore beyond the middle of next decade could revert to GM, although it would mean upsetting rusted-on Holden fans with another bait-and-switch of an all-new, fully imported product that once more attempts to cash in on the legacy almost 40 years of local car production.

The only member of the assembled executives to show any sign of regret over the change of ownership was Opel’s Neumman.

“Today is truly a sorry day for Opel and for Vauxhall,” he said. “It’s also, I must admit, an emotional day for all of us. Since 88 years, so most of our 155 years of history, we have been a part of General Motors; today we are about to enter a new area with the PSA Group.”

Holden isn’t saying much about what the PSA Group takeover means for its day-to-day business activity.

“Holden and Opel have had close ties for many years and delivered fantastic vehicles to Australian customers, including the current all-new Astra and the next-generation Commodore due in 2018,” it said in a statement.

“The good news is these product programs are not affected at all. We will continue to work closely with Opel and GM to deliver our vehicle plans with excellence and precision.

“This includes future, new right-hand-drive SUVs like the Holden Equinox and Acadia that were engineered specifically for right-hand drive markets.”

Could GM’s willingness to carve off parts of its empire that aren’t core to its business of making a return to shareholders one day hurt its far-flung Australian outpost?

Once the fully imported Commodore’s future is settled, the next logical step is for GM to decide where Holden – an orphan brand with no local product to pin its badge on – fits in.

Let’s hope that decision doesn’t start with the words: “Today is truly a sorry day for Holden …”