Five speeds that is, but only on the four and the little six. There are also mods to improve economy and drivability, a new but not so different nose and the SL/E has a fascinating mini-computer to tell you average speed and even fuel consumption

THREE YEARS down Commodore road and the General's men have advanced to the third stage in the refinement of Australia's top selling car.

They call it VH, VD, VE, VF and VG being ignored on the way from VC, and for the first time there are changes to the sheet metal although the new styling sounds more significant on paper than it appears in the metal.

Of course there are the obligatory changes to the engines to improve fuel economy and a trick push button computer to fascinate the passengers but for the drivers among you the most welcome change is the addition of a five speed manual gearbox.

Holden is able to boast proudly that the VH Commodore offers the most complete range of any car sold in Australia and comparable with even the most complicated model line-ups anywhere in the world. Certainly with a four cylinder engine, two sixes and two bent eights – both the 4.2 and five-litre V8s continue to be available in the VH – four or five-speed manual gearboxes and an automatic transmission, three levels of equipment and sedan and wagon bodies, you can build exactly the car to suit. In theory. 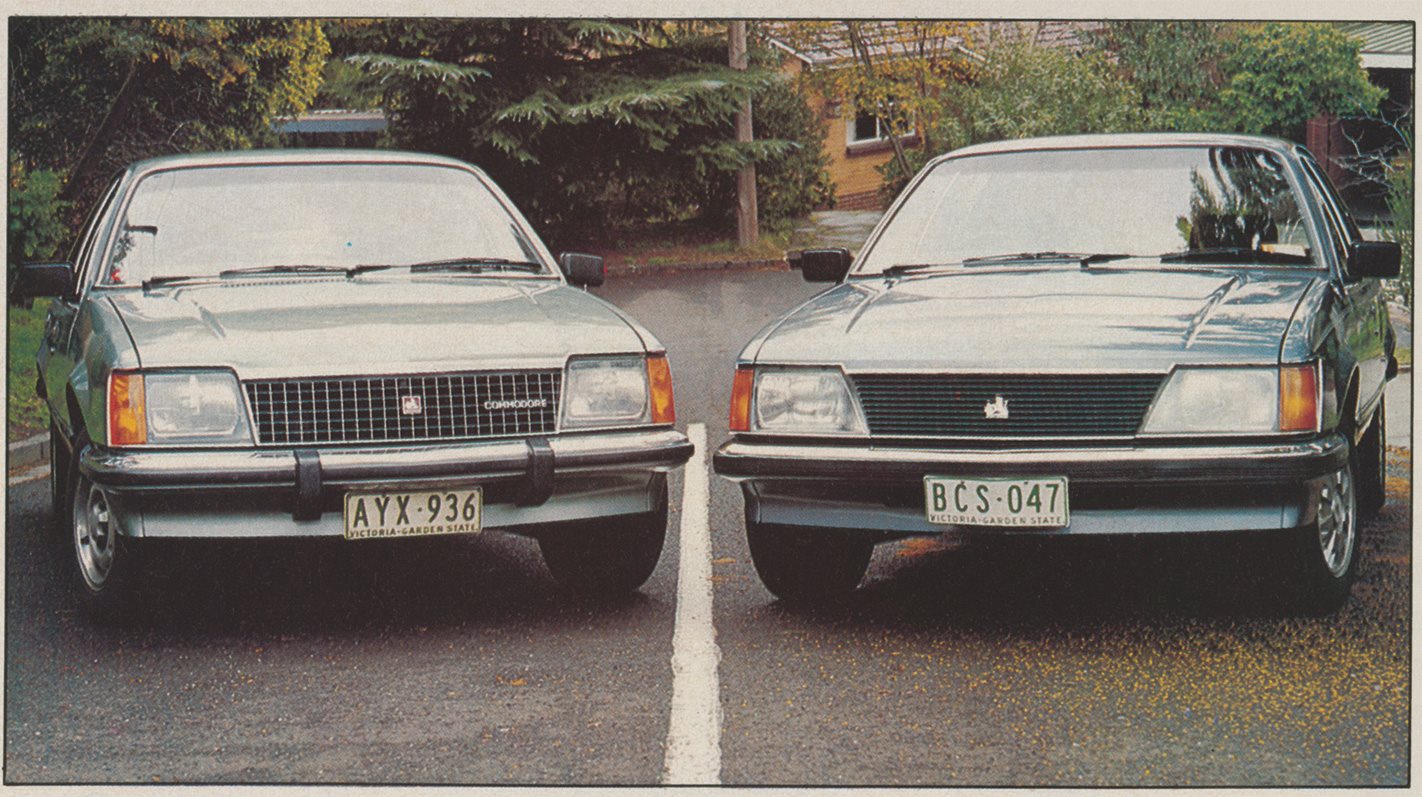 If the good news is Holden's belated recognition of the value of a five speed gearbox the bad news is that it is only available, as an option, with the 1.9-litre four and the smaller 2.8-litre six but not with the 3.3-litre six or either of the eights.

The gearbox comes to Holden via Borg Warner but the General's men claim it is not the same box used in the Sigma, having been developed by BW in conjunction with Holden's engineers to higher standards of durability. Despite claiming the five speeder has a 25-30 safety margin it can only accept 190 Nm of torque and the 3.3-litre six develops 231 Nm while the 2.8 six has 187 Nm and the four 138 Nm.

Why, if it truly is a new gearbox, did the General not build it with enough reserves to take the output of the bigger six? It is a fair question but confused by the degree of commonality in gear ratios with the Sigma which suggest it isn't really new. First (3.65), third (1.37), fourth (1.00) and fifth (0.85) are shared, only second being unique to Holden with a ratio of 2.14, compared to the Sigma' s 1.97. 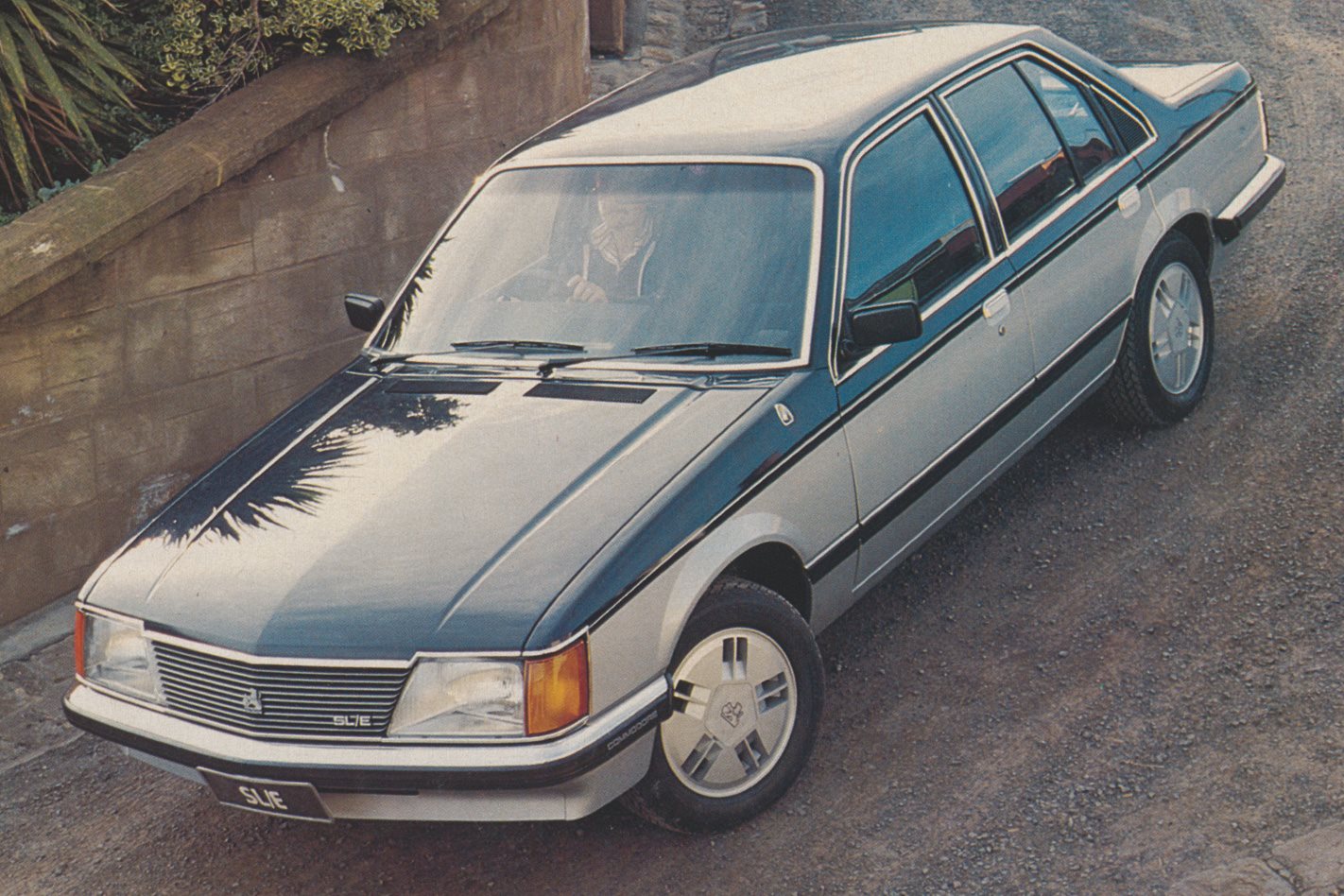 Holden calls the box M75 and it would give us much pleasure to record that it had the slick gear change of most of its rivals. Sad to report that while it is an impressive advance over the stiff and notchy four speed Holden gear change it lacks the precision and clearly defined gate of a really good shifter. Fifth is up and away from fourth while reverse is up and to the left of first. The change down from five to four requires three easy movements, down, across and down again, for if you pull it straight through from fifth (as you can on the best five speeders) the lever gets caught in a small indent half way across the gate. It lacks sufficiently strong spring loading in the three/four plane to make the change simple. Further experience with the box is eagerly awaited and we should emphasise again that it is lighter and more pleasant that the four speeder.

Regardless of the quality of the gear change there is no doubting the benefit of the extra ratio in improving general driveability. No more does the four feel out of breath above 120 km/h, sounding fussy and unhappy, even at 100 km/h. On the six the extra ratio gives it the legs and driver appeal the Commodore six has always deserved and despite the power drop compared with the 3.3 makes the small six the more desirable car.

Essentially the 3.3, 4.2 and five litre engines have been left alone and the engineering work has gone into improving the economy and driveability of the 1.9 and 2.8-litre engines.

Advanced electronics show the way for there are no cross-flow, alloy cylinder heads and fuel injection seems as far away as ever. But, by what the General calls "engine management systems", both engines are superior to those they replace. Of course they should be but that detracts from the obvious hard work that has gone into the engineering changes. In simple terms the four gets Holden's version of Chrysler' s ELB but calls it electronic spark selection (ESS) and Pulsair which uses exhaust pipe pressure to induce secondary air into the exhaust ports to oxidise unburned  hydrocarbons and carbon monoxide emissions from the engine. The object is to improve spark advance for improved fuel economy and more consistent idle, something the previous four could never claim.

The ESS system uses a mini black box computer to sense a number of engine variables and then selects the spark advance required for low emission levels in commuter conditions or reduced fuel consumption during highway driving. 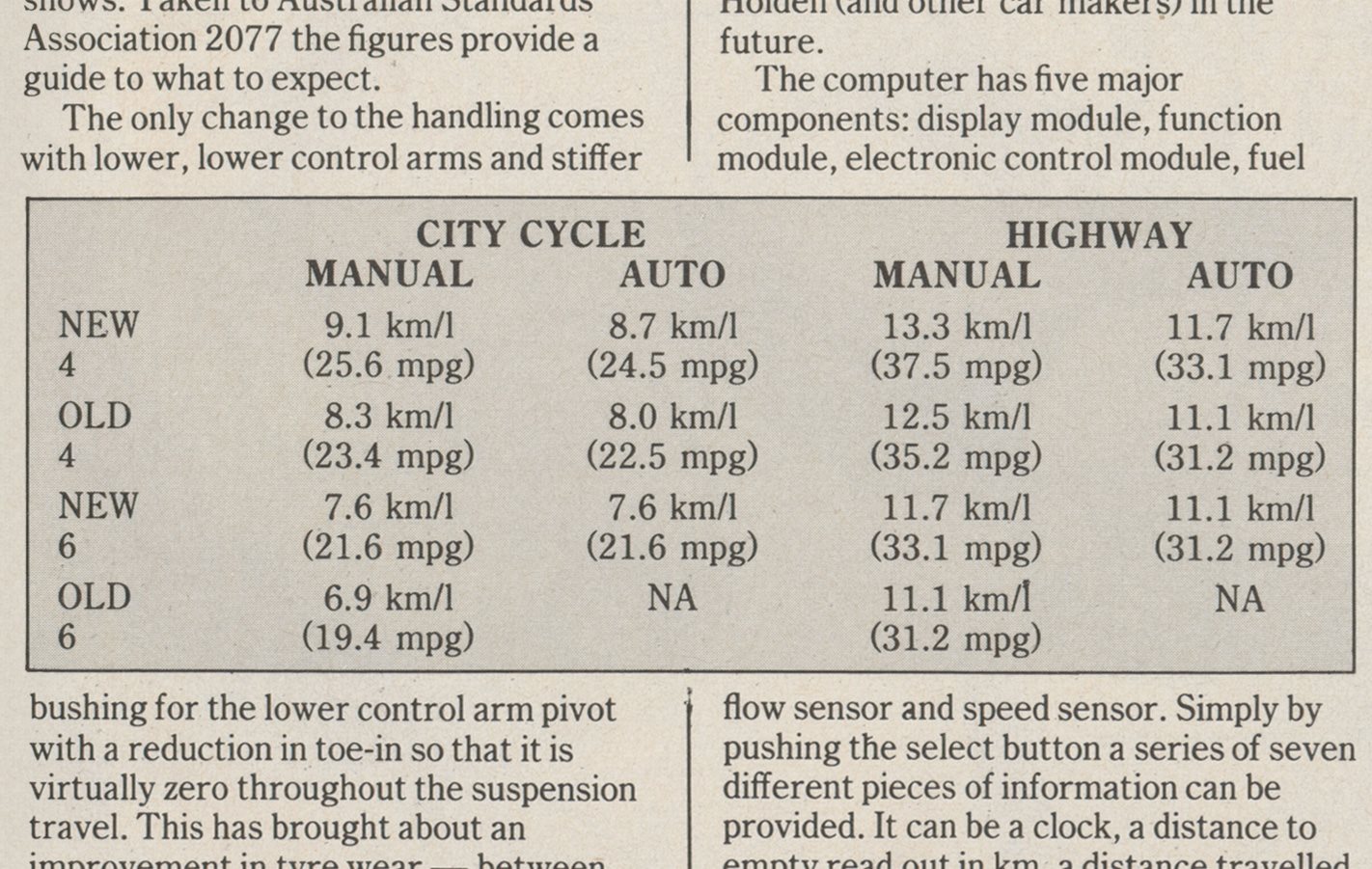 Together with a new exhaust system and recalibrated carburettor the new four is certainly an improvement over the old although there has been a slight drop in claimed power from 58 kW to 54 at 4400 rpm, while torque has gone from 140 Nm at 2400 rpm to 138 at 2800 rpm.

You won't notice the decrease on the road but, equally, the engine still doesn't have the performance characteristics necessary to take advantage of the Commodore's inherently well manner chassis. Fan noise under hard acceleration, together with a crude induction roar is rather off-putting and has the driver searching early for fourth.

With secondary air injection to control emissions, used in conjunction with an air pump and changes  to the carburetion the engine is more refined and has a smoother performance and idle. 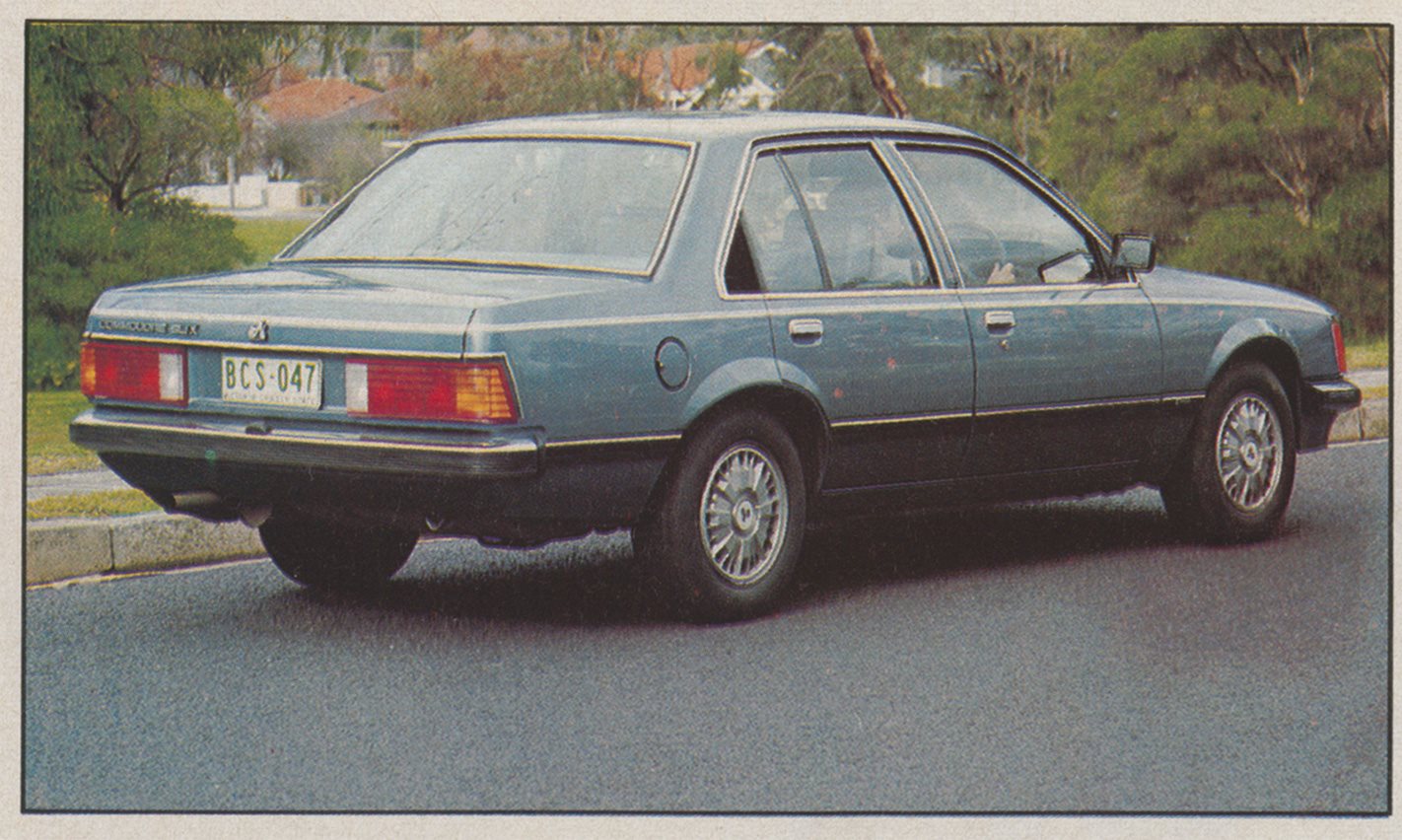 With the VH, Holden has changed the model designations to bring them into line with Gemini and also to answer the problem dealers faced with the L/SL models. It seems some buyers reckoned that the L couldn't be compared with the GL Falcon – although equipment levels are very close – because it only had a single letter tag. Hence the use of SL for the base car, SL/X for the intermediate and SL/E for the top line model.

The standard power trains for the VH give the SL the 2.8-litre six with four speed manual, the SL/X  the 2.8 with automatic and the SL/E the 3.3 automatic.

As we've said the five speed is only offered on the four and 2.8, while automatic is now available with all engines, but you can't buy manual 3.3s in NSW because of that state’s more stringent emission laws, nor can you buy a manual five litre. And you can't get an SL/E wagon or four.

Substantial improvements have been made in economy as the following table shows. Taken to Australian Standards Association 2077 the figures provide a guide to what to expect. 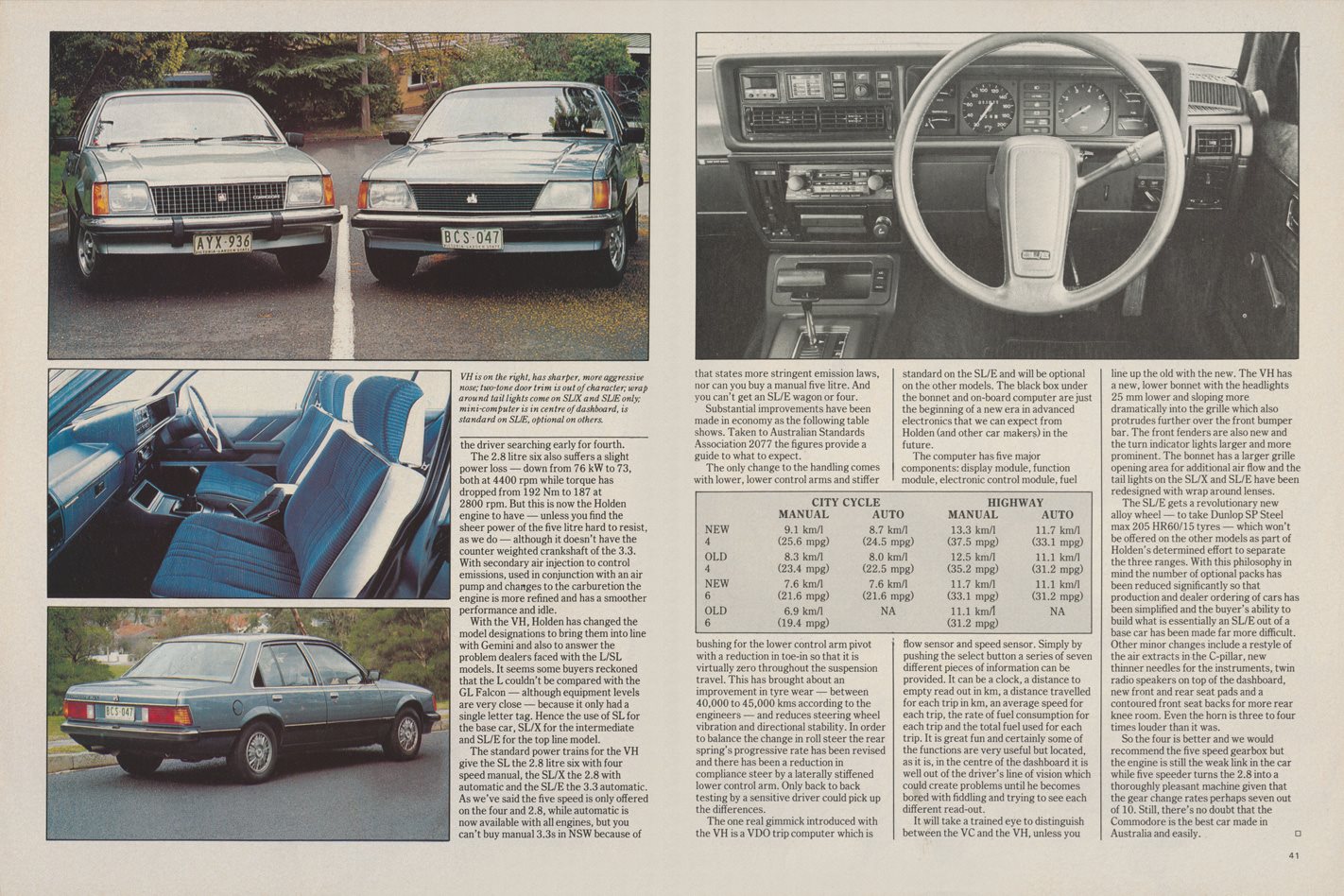 The only change to the handling comes with lower, lower control arms and stiffer bushing for the lower control arm pivot with a reduction in toe-in so that it is virtually zero throughout the  suspension travel. This has brought about an improvement in tyre wear – between 40,000 to 45,000 kms according to the engineers – and reduces steering wheel vibration and directional stability. In order to balance the change in roll steer the rear spring's progressive rate has been revised and there has been a reduction in compliance steer by a laterally stiffened lower control arm. Only back to back testing by a sensitive driver could pick up the differences.

The one real gimmick introduced with the VH is a VDO trip computer which is standard on the SL/E and will be optional on the other models. The black box under the bonnet and on-board computer are just the beginning of a new era in advanced electronics that we can expect from Holden (and other car maker) in the future.

The computer has five major components: display module, function module, electronic control module, fuel flow sensor and speed sensor. Simply by pushing the select button a series of seven different pieces of information can be provided. It can be a clock, a distance to empty read out in km, a distance travelled for each trip in km, an average speed for each trip, the rate of fuel consumption for each trip and the total fuel used for each trip. It is great fun arid certainly some of the functions are very useful but located, as it is, in the centre of the dashboard it is well out of the driver's line of vision which could create problems until he becomes bored with fiddling and trying to see each different read-out.

It will take a trained eye to distinguish between the VC and the VH, unless you line up the old with the new. The VH has a new, lower bonnet with the headlights 25 mm lower and sloping more dramatically into the grille which also protrudes further over the front bumper bar. The front fenders are also new and the turn indicator lights larger and more prominent. The bonnet has a larger grille opening area for additional air flow and the taillights on the SL/X and SL/E have been redesigned with wrap around lenses. 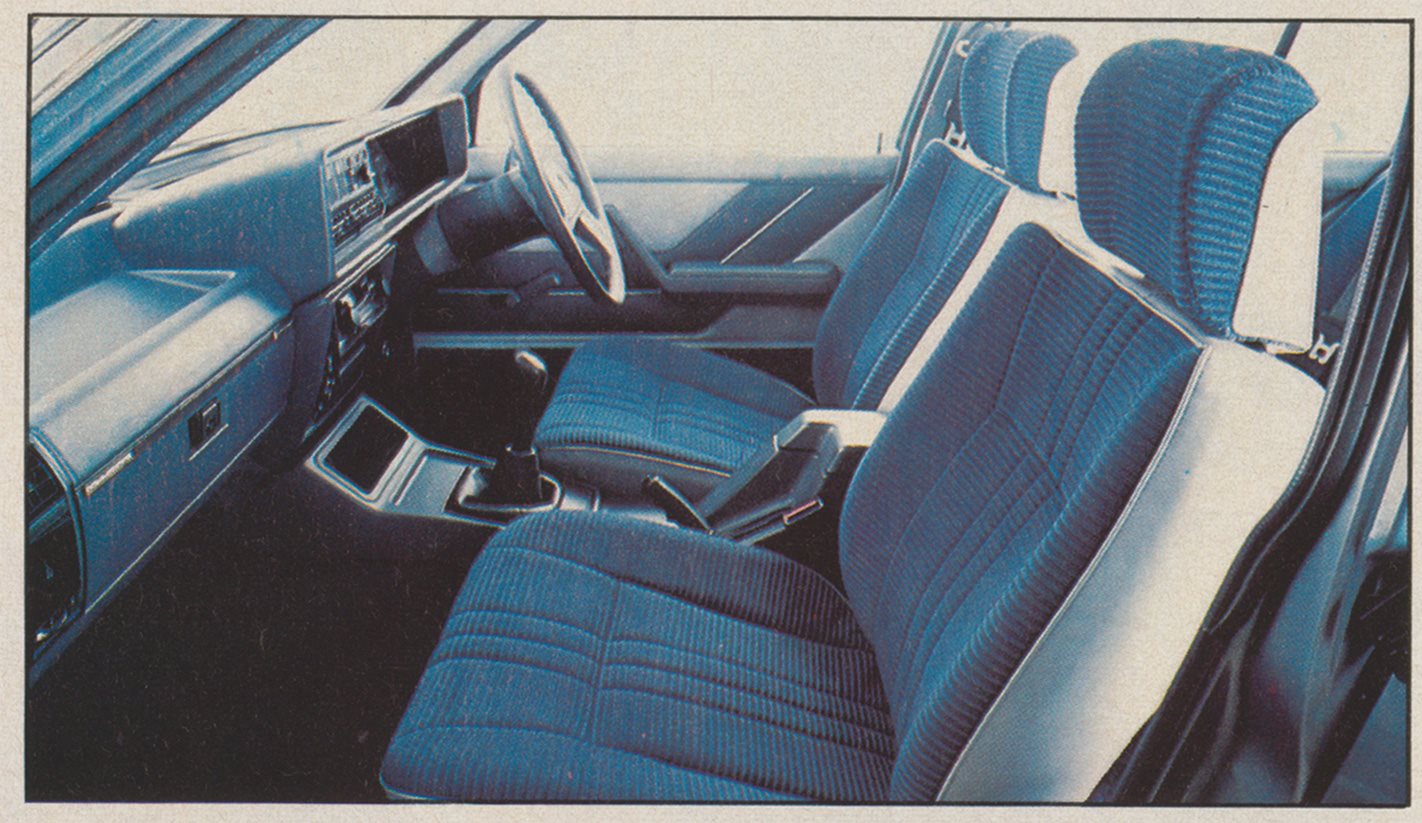 The SL/E gets a revolutionary new alloy wheel – to take Dunlop SP Steelmax 205 HR60/15 tyres – which won't be offered on the other models as part of Holden's determined effort to separate the three ranges. With this philosophy in mind the number of optional packs has been reduced significantly so that production and dealer ordering of cars has been simplified and the buyer's ability to build what is essentially an SL/E out of a base car has been made far more difficult.

Other minor changes include a restyle of the air extracts in-the C-pillar, new thinner needles for the instruments, twin radio speakers on top of the dashboard, new front and rear seat pads and a contoured front seat backs for more rear knee room. Even the horn is three to four times louder than it was.

So the four is better and we would recommend the five speed gearbox but the engine is still the weak link in the car while five speeder turns the 2.8 into a thoroughly pleasant machine given that the gear change rates perhaps seven out of 10. Still, there's no doubt that the Commodore is the best car made in Australia and easily.