It was a tight contest, argued for an agonisingly long time. But the VN Commodore is a fitting winner of the prestigious silver anniversary COTY, the world’s longest continual magazine award.

THE HOLDEN Commodore is Wheels' Car Of The Year for 1988.

The General Motors six cylinder lifts the affordable family car class to a new plane of performance and economy. Quite simply, it offers a combination of attributes never previously available in the bread-and-butter big car segment.

And it offers them at an affordable price. The VN-series Commodore won the award in a split vote against two outstanding imported models - Honda's Civic and the BMW 5-Series - both of which were highly commended by the judges. Ford's Falcon rounded out the final four. 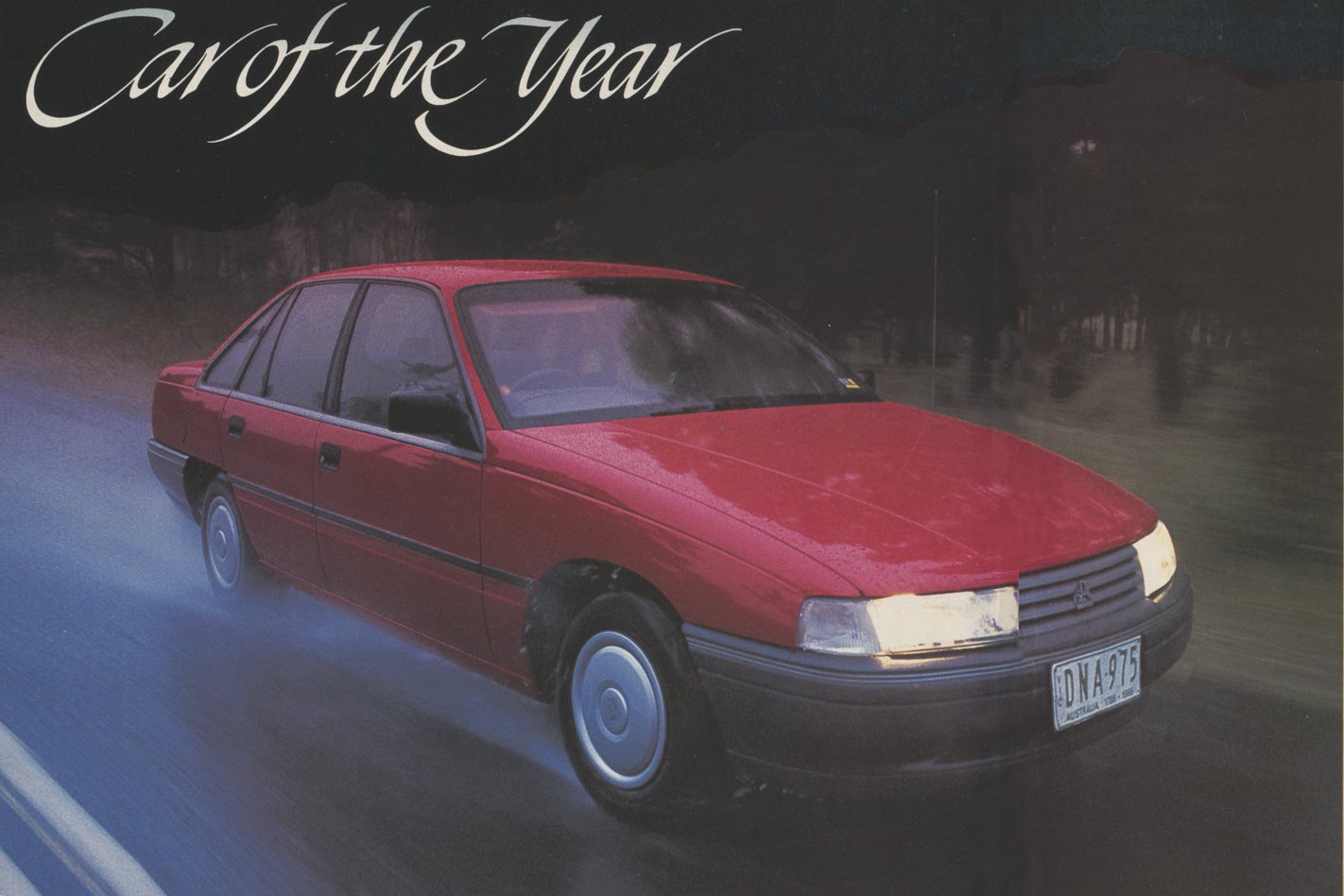 The judging task for Car Of The Year 1988 was the most difficult in the award's 25-year history, for not one of the finalists presented itself without minor shortfalls when measured against the COTY criteria- value for money, performance of intended function, engineering excellence, utilisation of resources, safety and advancement in design.

But at the end of a long, complex evaluation, the Commodore emerged a narrow but deserving winner. 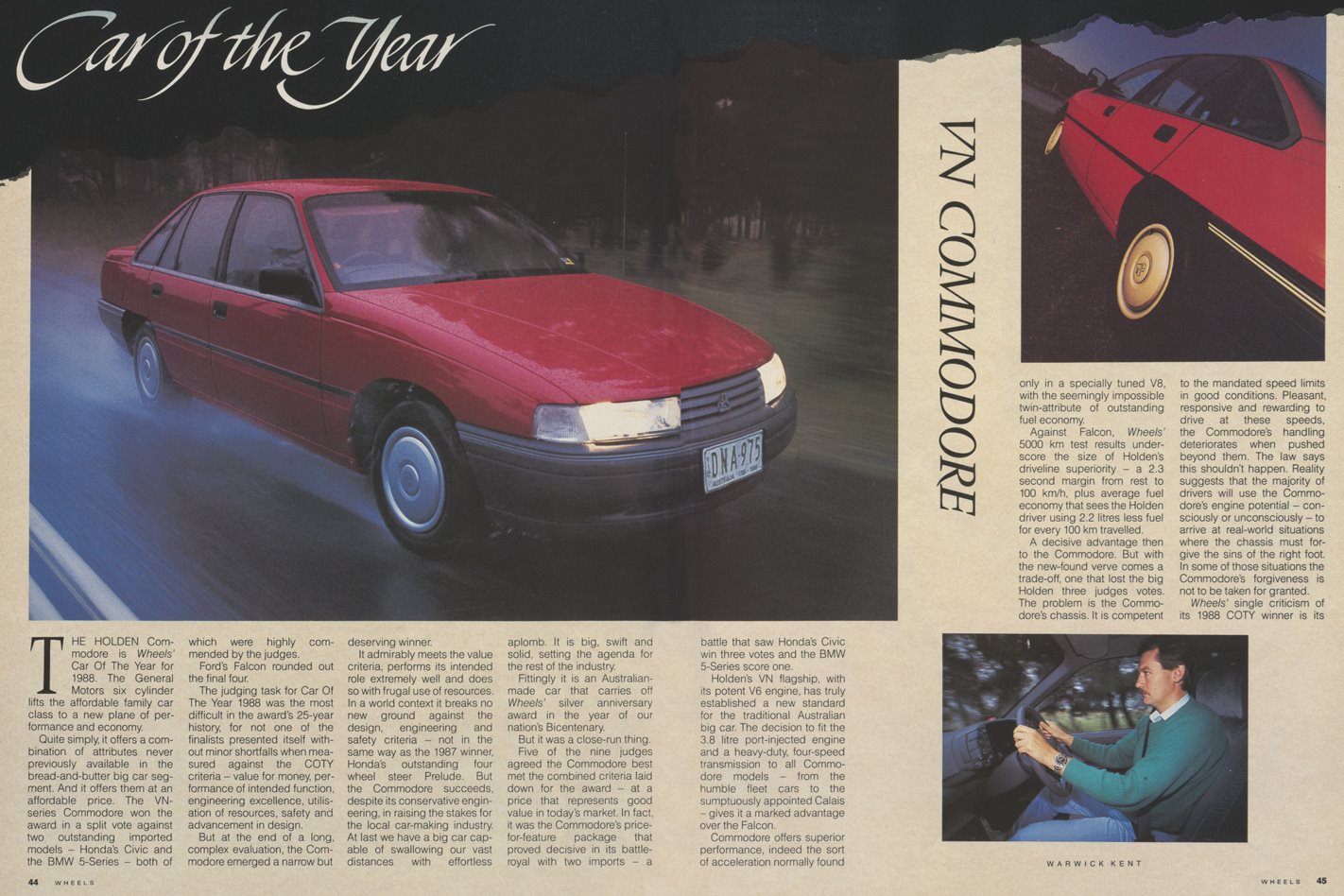 It admirably meets the value criteria, performs its intended role extremely well and does so with frugal use of resources. In a world context it breaks no new ground against the design, engineering and safety criteria - not in the same way as the 1987 winner, Honda's outstanding four-wheel steer Prelude. But the Commodore succeeds, despite its conservative engineering, in raising the stakes for the local car-making industry.

At last we have a big car capable of swallowing our vast distances with effortless aplomb. It is big, swift and solid, setting the agenda for the rest of the industry. Fittingly it is an Australian-made car that carries off Wheels' silver anniversary award in the year of our nation's Bicentenary. But it was a close-run thing. 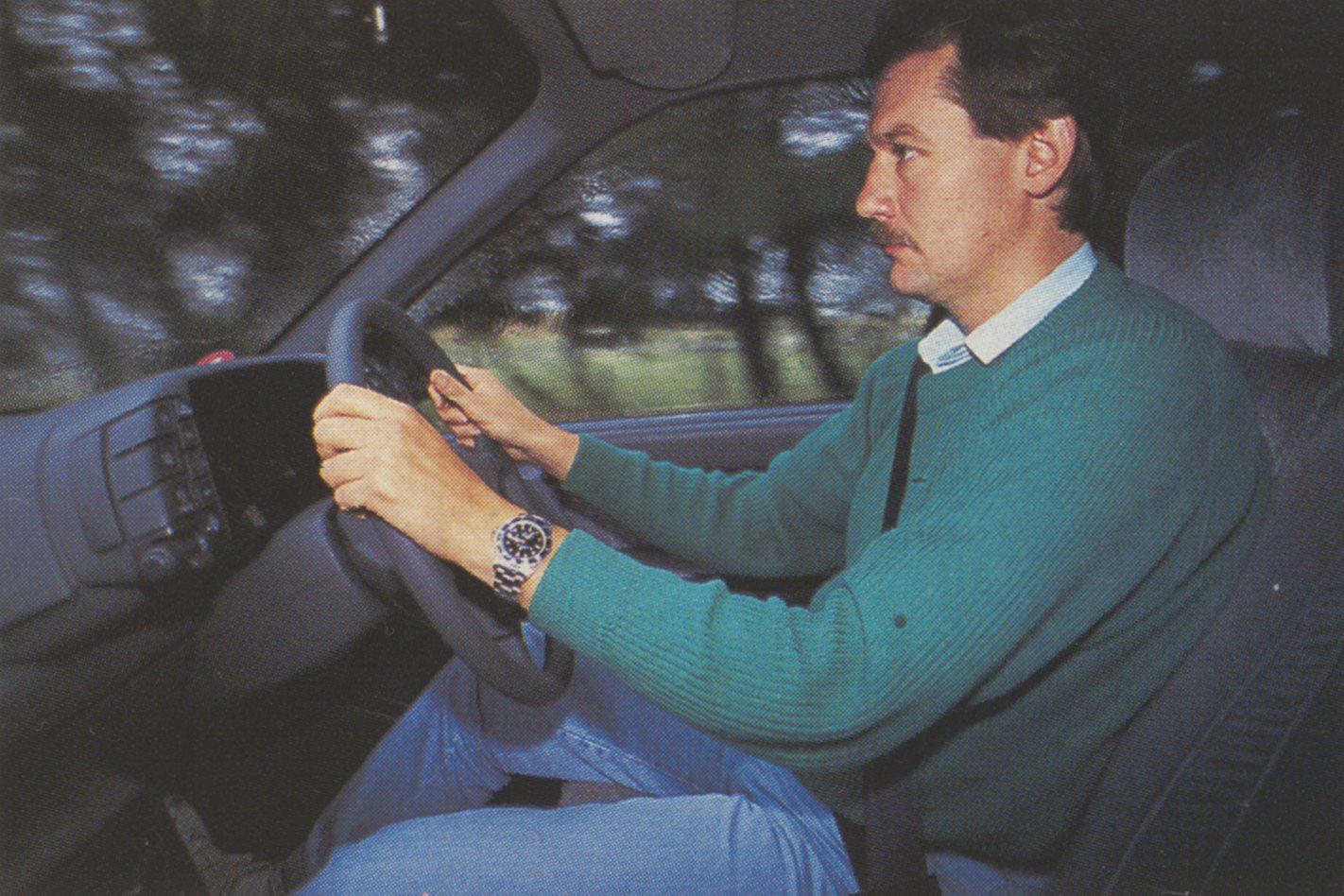 Five of the nine judges agreed the Commodore best met the combined criteria laid down for the award - at a price that represents good value in today's market. In fact, it was the Commodore's price-for-feature package that proved decisive in its battle-royal with two imports – a battle that saw Honda's Civic win three votes and the BMW 5-Series score one.

Holden's VN flagship, with its potent V6 engine, has truly established a new standard for the traditional Australian big car. The decision to fit the 3.8 litre port-injected engine and a heavy-duty, four-speed transmission to all Commodore models - from the humble fleet cars to the sumptuously appointed Calais -gives it a marked advantage over the Falcon. 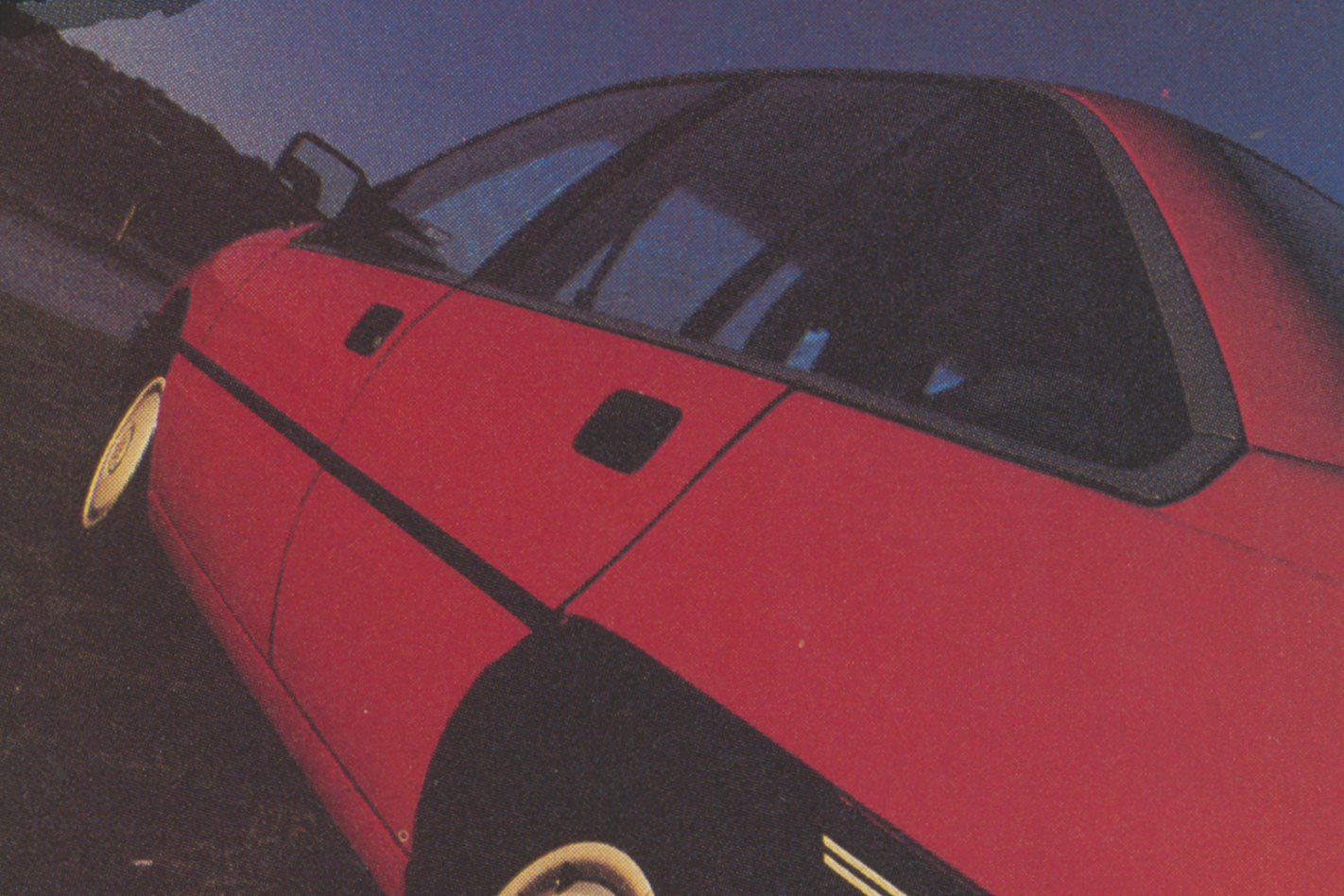 Commodore offers superior performance, indeed the sort of acceleration normally found only in a specially tuned V8, with the seemingly impossible twin-attribute of outstanding fuel economy. 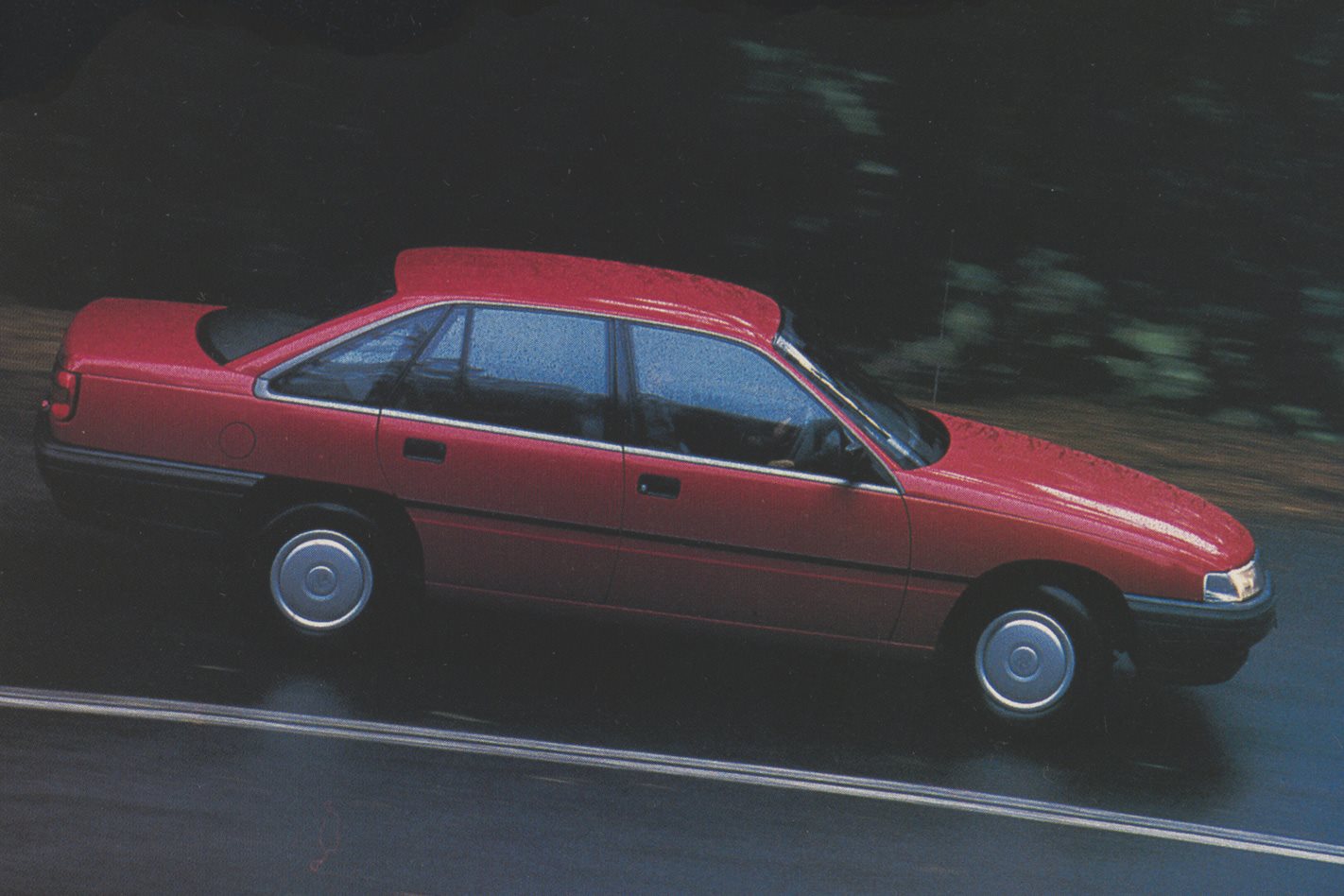 A decisive advantage then to the Commodore. But with the new-found verve comes a trade-off, one that lost the big Holden three judges votes. The problem is the Commodore's chassis. It is competent to the mandated speed limits in good conditions. Pleasant, responsive and rewarding to drive at these speeds, the Commodore's handling deteriorates when pushed beyond them. The law says this shouldn't happen. Reality suggests that the majority of drivers will use the Commodore's engine potential – consciously or unconsciously- to arrive at real-world situations where the chassis must forgive the sins of the right foot.

In some of those situations the Commodore's forgiveness is not to be taken for granted. Wheels' single criticism of its 1988 COTY winner is its lack of an independent rear suspension to adequately cope with the engine's prodigious output. A Commodore with IRS would be a much-improved Commodore. 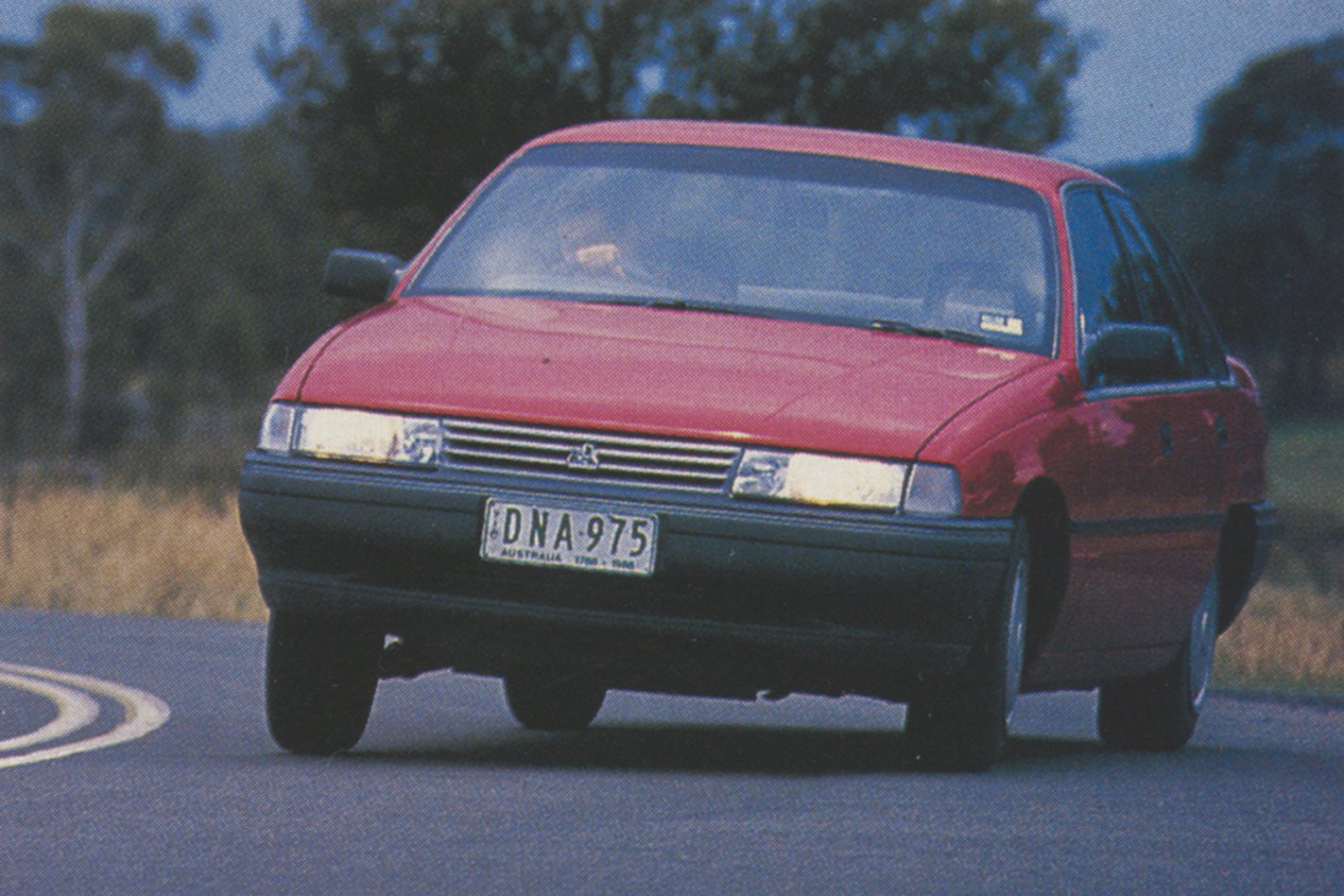 As it stands, the car has a new-found size parity, better driver comfort, agility and feedback than its principal rival from Ford. Until the long-awaited four-speed transmission arrives, the EA26 Falcon, despite its good looks and its space, will continue to under-achieve its potential.

The other two finalists represent the sort of world class refinement that neither the Commodore nor the Falcon can match. But they do so at premium prices. The BMW is what every rear-drive, four-door saloon should be- sure-footed, quiet, beautifully built and ergonomically close to perfection. Its only shortfall is value for money when measured against the COTY criteria. 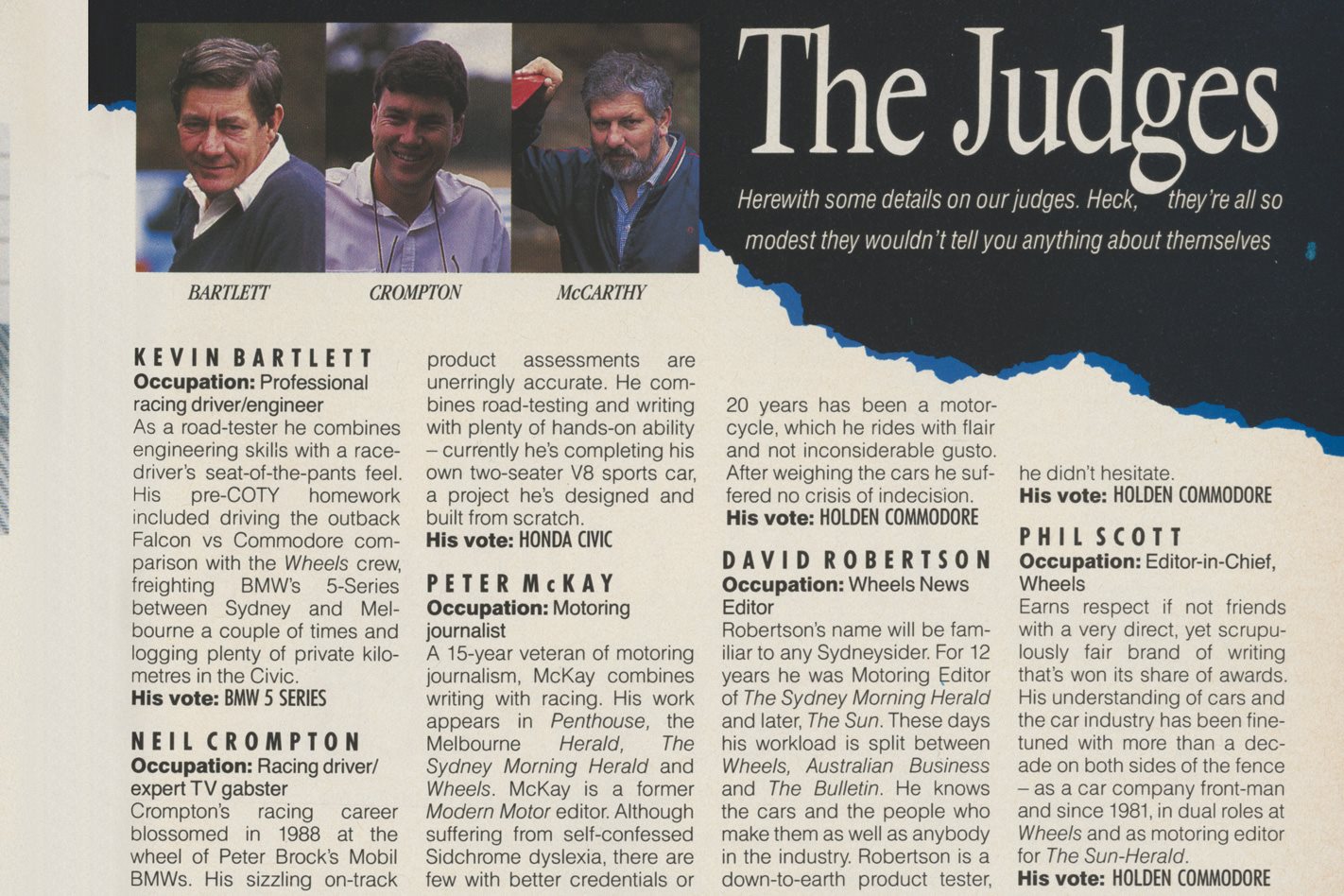 All of which begs a question for the local producers. The closeness of this victory, in a year many saw as a lay-down misere for either Falcon or Commodore, serves as a sign of things to come. The days when Ford and Holden held a mortgage on the pocketbooks of Australian car buyers are running out. The high walls of protection that have sheltered them from an increasingly competitive, fast-moving world car industry are being dismantled.

Within three years the imports will enjoy unprecedented price competitiveness and freedom of access. How then will Commodore and Falcon, with their two-valve engines and live rear axles, fare against the world's best? That is the real message to emerge from Car Of The Year in 1988. 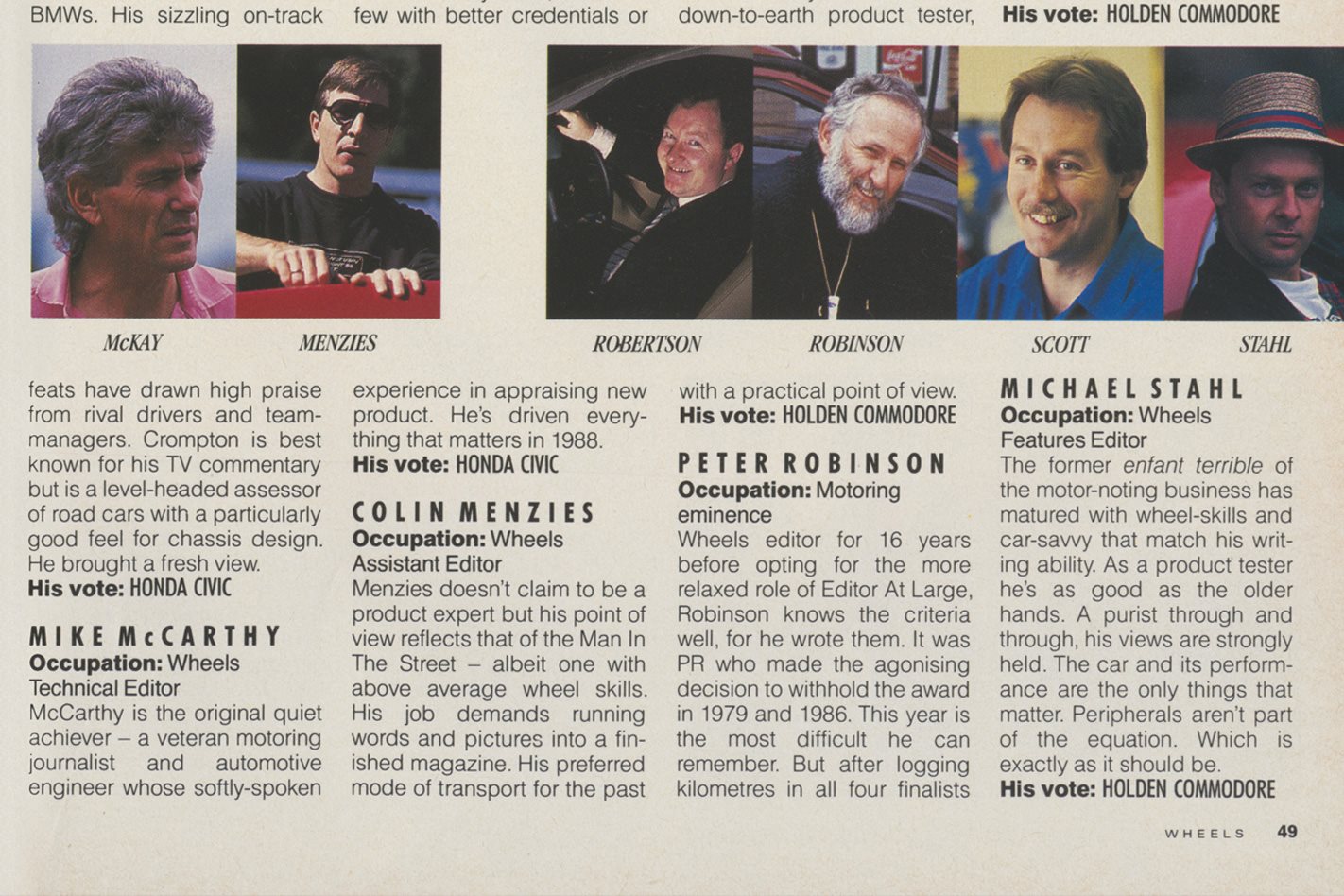