It’s more sophisticated inside and out. It’s set to take on the world as a Chevrolet SS, and at home, Holden is hoping Aussies will fall in love with Commodore all over again

THIS IS Holden’s VF Commodore, the long-awaited successor to the iconic VE.

The new VF makes its public debut – as the near-identical Chevrolet SS – during Speed Week at Daytona Beach, Florida, in late February and, simultaneously, as a Commodore at Sydney’s Eastern Creek Raceway.

The VF Commodore doesn’t go on sale until early June (and as a Chevy four months later), the importance of the race car versions to both brands dictating the early launch timing. The SS’s first race outing is at the Daytona 500, the year’s opening NASCAR race, on February 24, and this set the calendar. Which is why Holden plans a staggered launch, starting with a design reveal for the Calais V and SS V (but not the lower level models), without any engineering details, before a full line-up unveiling and launch drive in May. 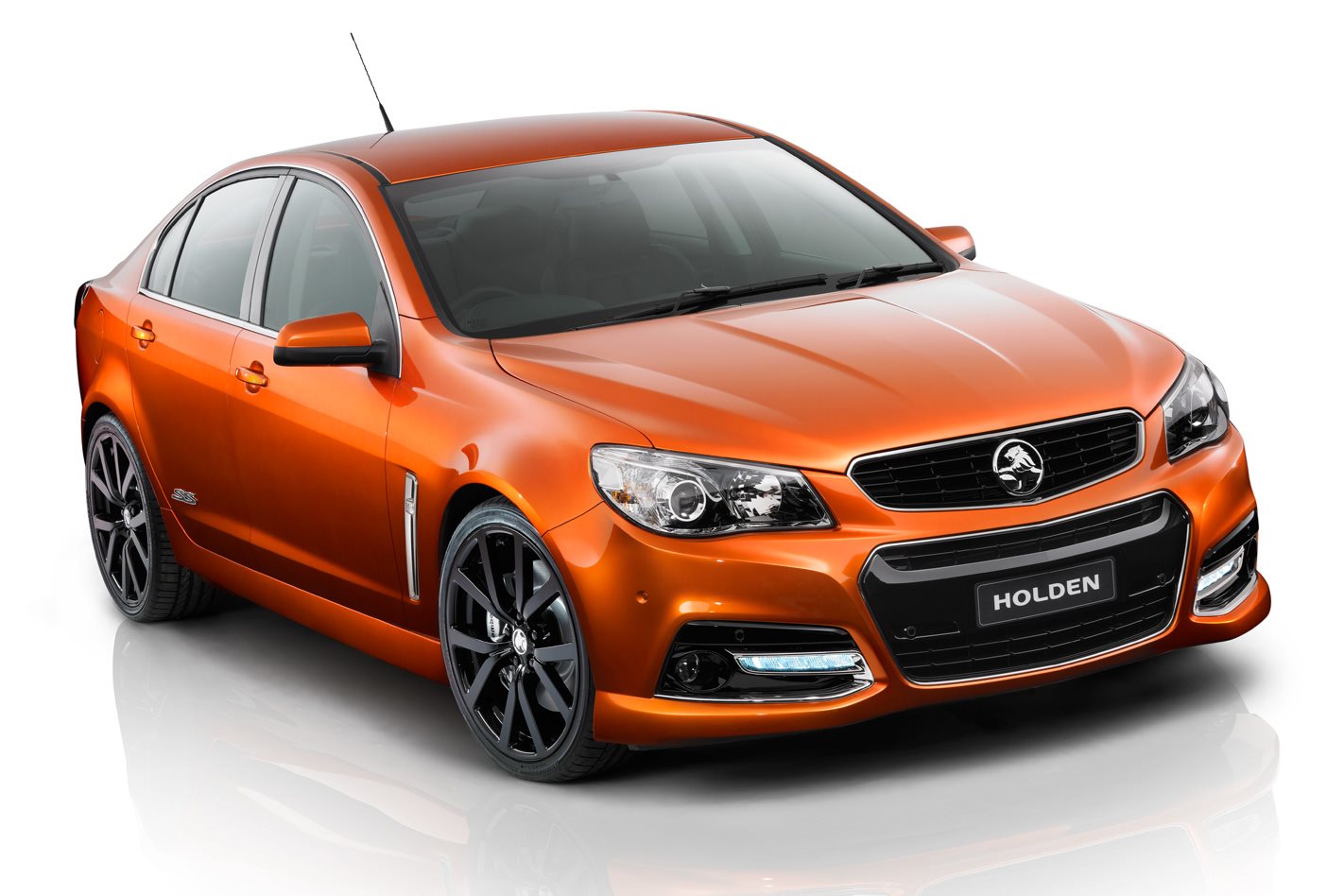 Much has changed for Holden in the six-and-a-half years since the 2006 arrival of the VE. The Commodore slipped from its traditional best-seller slot to third, with sales slumping by almost half from 2007’s 57,307 to just 30,523 in 2012. VF repositions the Commodore by recognising that Australians no longer insist on driving a large family car, but spread their automotive purchases across multiple body-styles. “VF moves beyond being everything for everybody,” says Design Director Andrew Smith. “While Holden has to be a total market brand, the Commodore can’t appeal to one type of buyer. The VE needed to be relevant and appeal to multiple people by offering greater variety.”

Holden admits the Commodore is quickly moving towards being a niche product and says the dealers, customers and the media need to understand that, in an era dominated by imports and the most competitive market on the planet, to do otherwise means being left behind.

VF aims to confirm and emphasise the Commodore’s ability to fulfil and laser-focus on two key and disparate roles – sports sedan and luxury sedan – without completely forgetting its third function as a bulk fleet car. 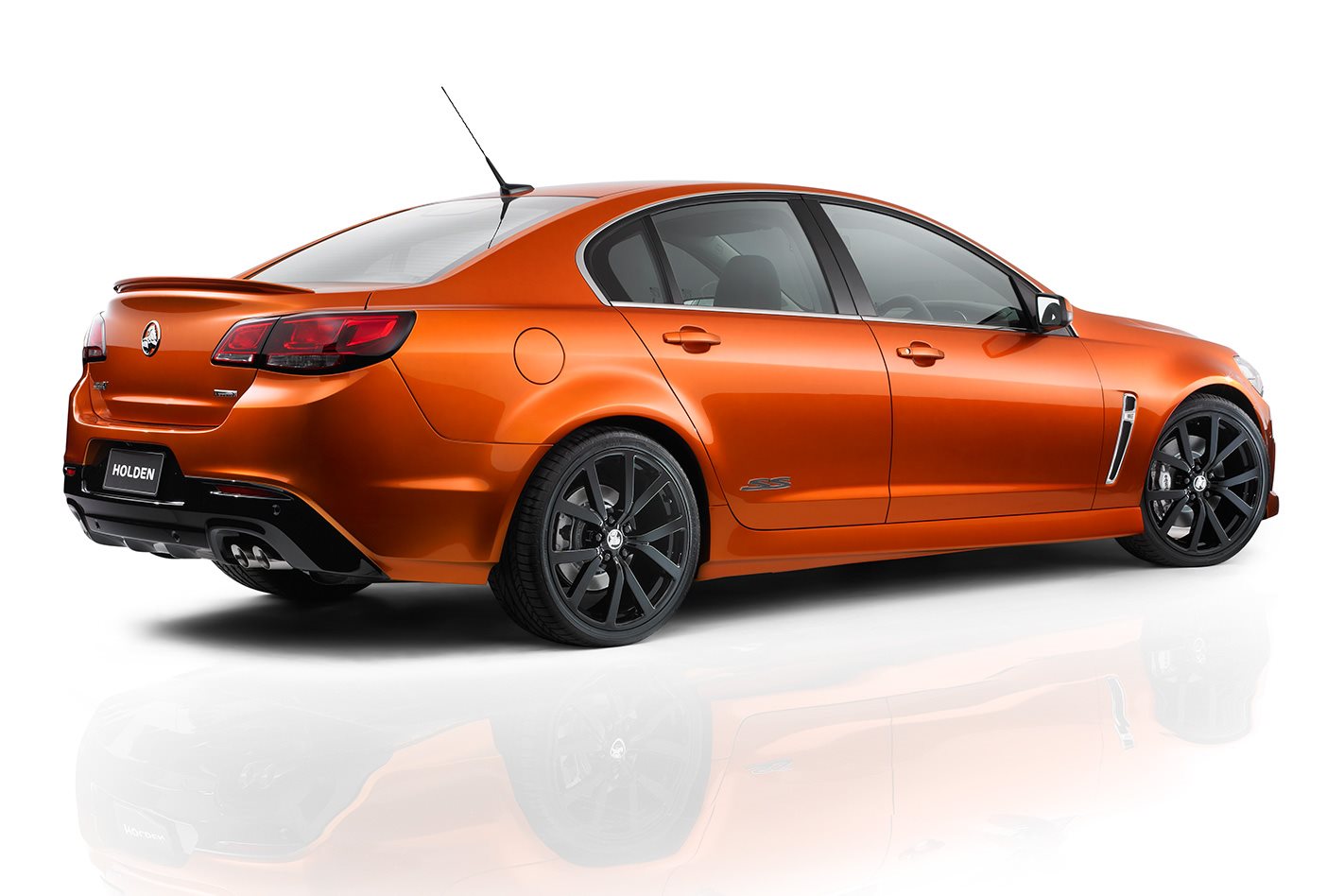 “There are now two sides to the Commodore: sport/luxury and luxury/sport,” says Smith. “The SS is a brilliant sport/sedan with more premium interior, the Calais is a great luxury car with the bones of a performance car, while the fleet market is still a big piece of the pie.”

Holden, however, is after the far more profitable private buyers, firstly by highlighting the many SS variants’ role as a sports sedan with stand-alone front-end styling developed for the Federalised-version for the Chevrolet SS, with Chevy’s trademark upper and lower ‘dual-port’ grilles. The need for greater front-end crash protection makes for a more upright, bluff front, increased overhang and an entirely different grille treatment.

The two-tiered Calais range seeks to compete with European and Asian rivals as a premium luxury sedan. In both, the major facelift is overshadowed by a quantum leap in every aspect of the interior: design, materials, quality and equipment. 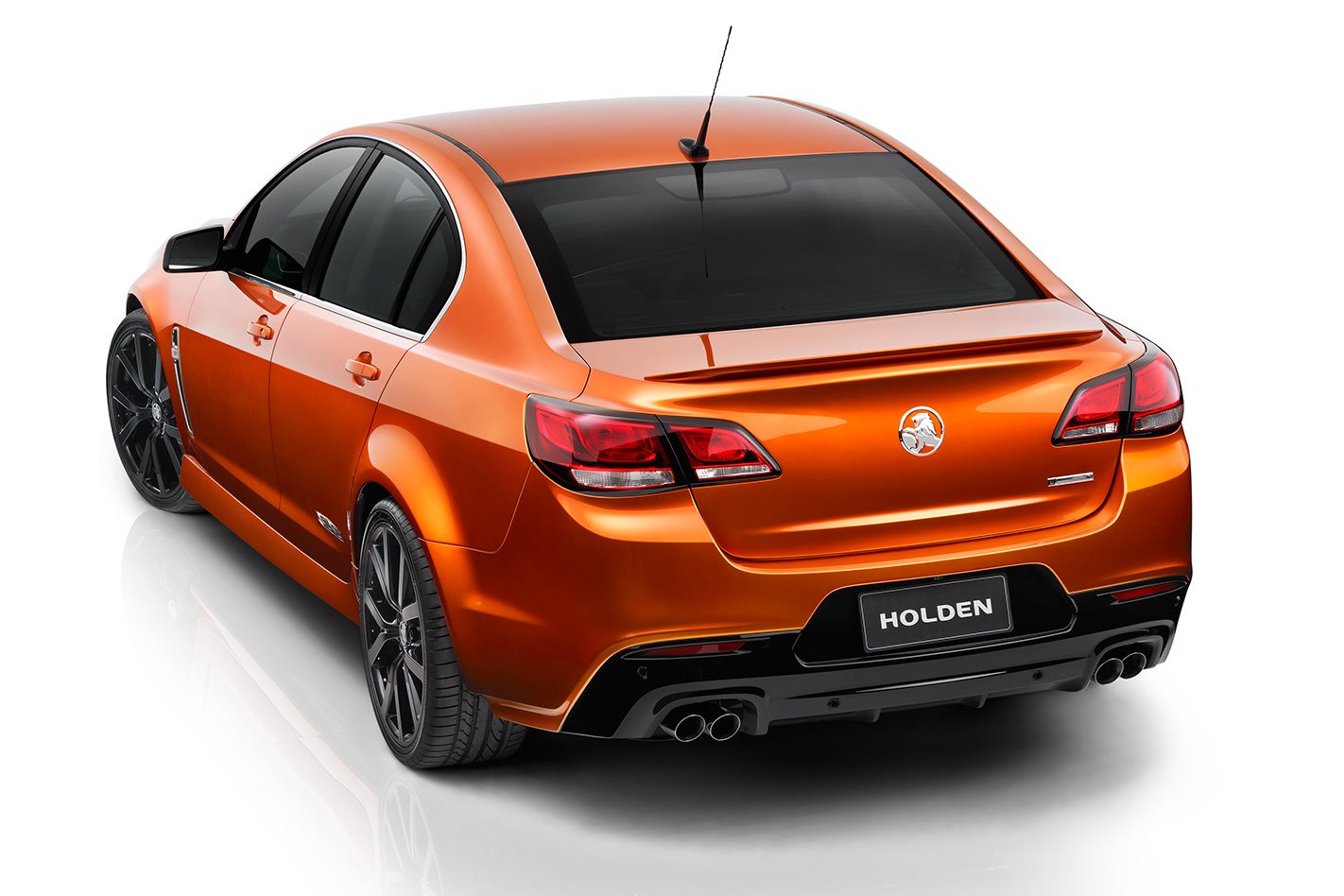 Holden won’t admit it today, but the VF program has drastically changed since the launch of VE. Initially, Holden intended to give the Commodore an all-new ‘top-hat’, still on the Zeta architecture, of such significance that one plan aimed to significantly reduce the size of the car. By the time it came to make firm decisions concerning VF, GM was facing bankruptcy and Holden was living from day to day, carefully balancing the cash flow in order to survive. In those tough months of late-2008/early-2009 management decided Holden could only afford a major facelift – not even a reskin – using the same basic dimensions, thus restricting the designers to changing only what was absolutely necessary to allow repositioning of the Commodore, to keep it relevant and new and to differentiate the VF (from VE) as much as possible.

“Management asked us, ‘Do you need to change the centre of the car?’” says Richard Ferlazzo, Holden chief designer. “We could have put more detail into the doors and changed the DLO [designer speak for daylight opening: the profile of the side windows], but would that really benefit the customer?” The frustrated designers accepted the inevitable. Sadly, I doubt we’ll ever see the ‘real’ VF. 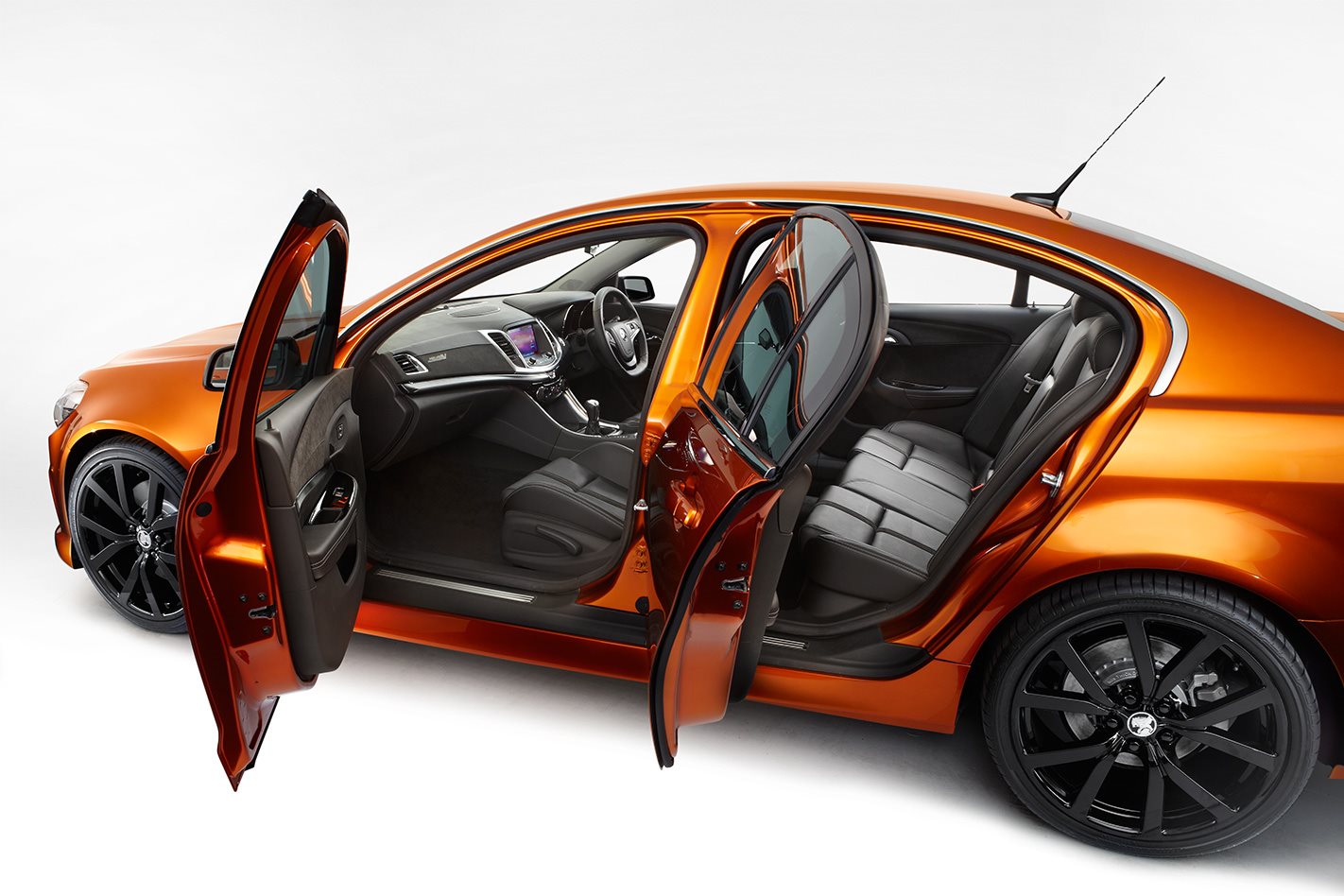 “Things always change during the life plan of any new model,” claims Smith. “The stylists want everything going in, but [given the financial problems] could we justify an all-new sedan, ute, wagon and long-wheelbase? We had to do what was logical for the range and we knew we didn’t want change for change’s sake.”

The constraints mean VF is new from the windscreen pillars forward, while the rear is new from the C-pillar backwards. Doors (with new doorhandles), roof and all glass areas are carryover, as is, obviously, the wheelbase, but both the cars are longer; the Calais at 4952mm is up 51mm, while the SS V’s 4966mm is an increase of 70mm. Front and rear, the secondary inner body surfaces and basic structure are common to VE. To reduce weight, the bonnet and bootlid are now aluminium: we understand that VF will claim a circa-40kg weight reduction over VE.

Using VE as a starting point helped, of course, because of the car’s simplicity, its timeless design, the purity of the much admired rear-drive proportions and those dramatic wheelarches. That suggests it was easy to make change that would instantly distinguish VF from VE, but not necessarily to make it a better-looking car. 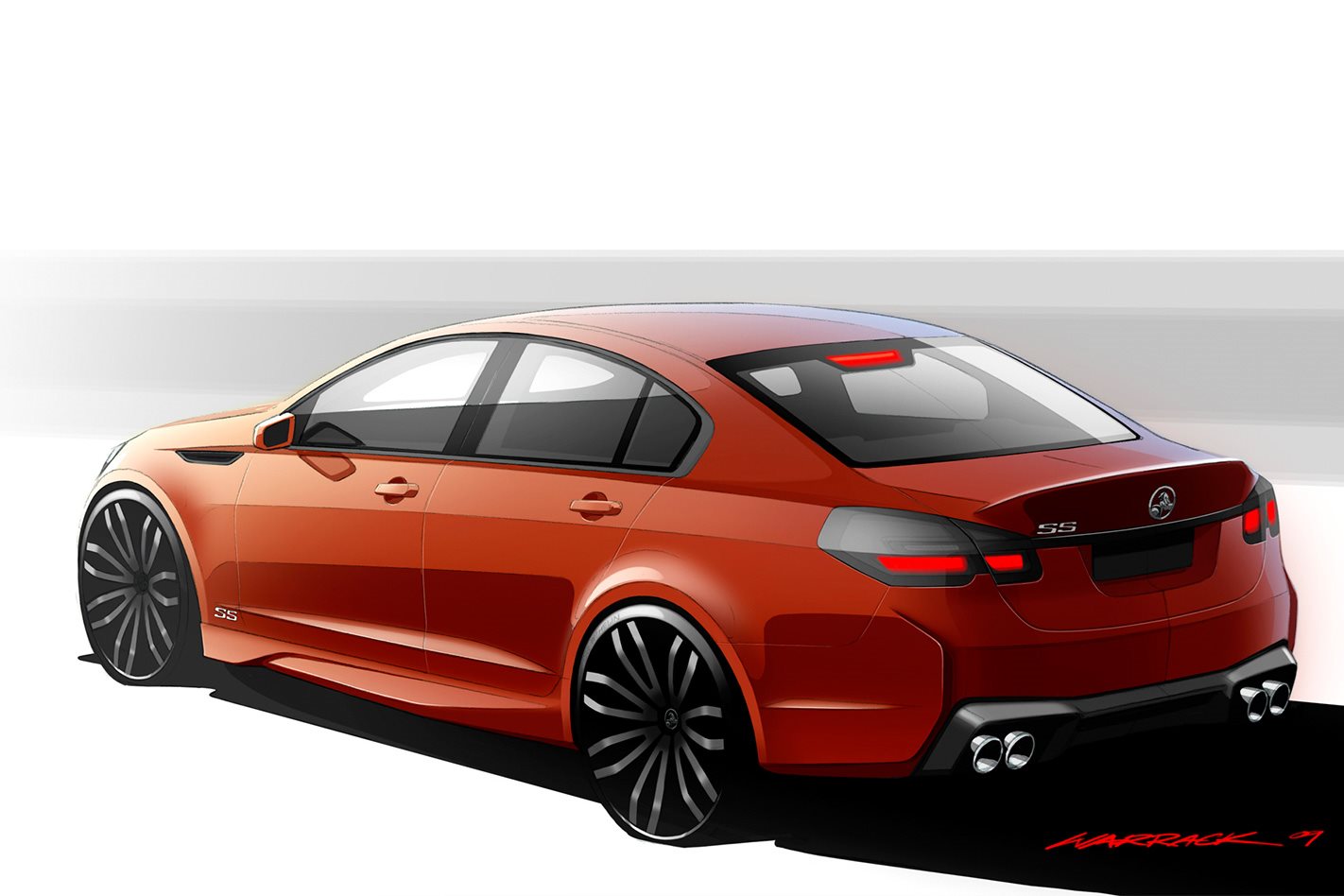 “Usually a facelift is never better than the original,” says Ferlazzo. “It was a difficult change, one that I think hangs together very well.

By toning down Mike Simcoe’s exaggerated, muscular front wheelarches by five millimetres per side and blending them further up into the body sides and the raised bonnet, they are no longer as prominent. However, retaining the tracks means the wheels/tyres push the gap between wheelarch/body sides and tyre closer. These changes, together with filling out the body section at the base of the wheelarches, have helped reduce the base-level VF’s drag co-efficient to 0.309, a significant improvement over the equivalent VE’s 0.330. Wind-tunnel development is also responsible for the squared-off corners of the tail-lights to improve surface separation of the wind flow. 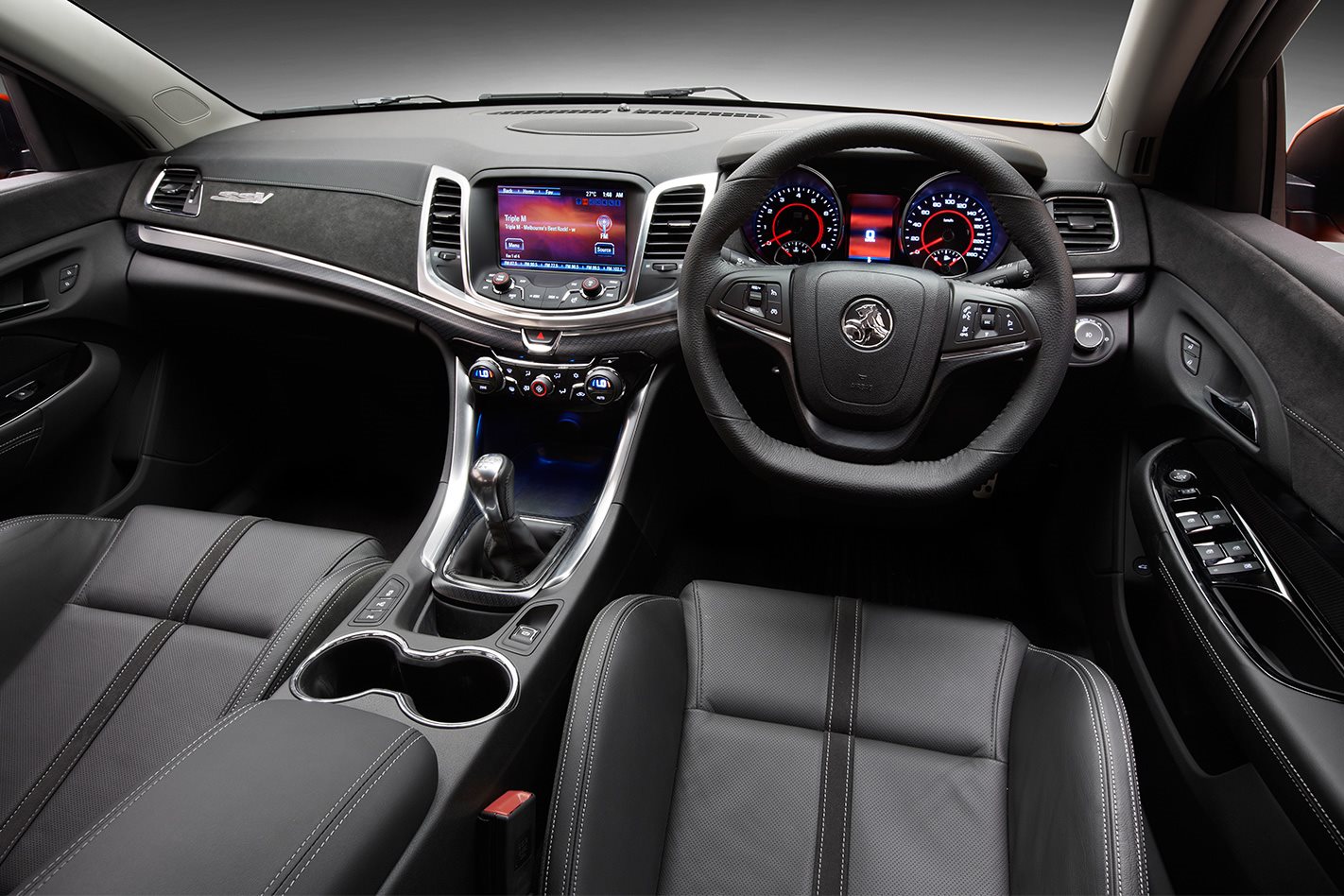 On both the SS V and the Calais V, which gets a bigger upper grille and less taper for quite a different design flavour, the Commodore gives up some of its Australian distinctiveness in favour of a shared, GM-family resemblance to recent American models, like the Chevrolet (soon-to-be-Holden) Malibu and the Buick LaCrosse, and the Opel Insignia. No coincidence that Australian Justin Thompson, who was lead designer on

the Malibu and LaCrosse, played a key role in styling the SS V. While Peter Hughes, whose original, late-1999 sketch formed the basis for the VE, was responsible for the Calais.

“Once you see some of the other vehicles that will come into our portfolio, you’ll better understand, especially, the sedan’s three-quarter rear view,” says Smith. 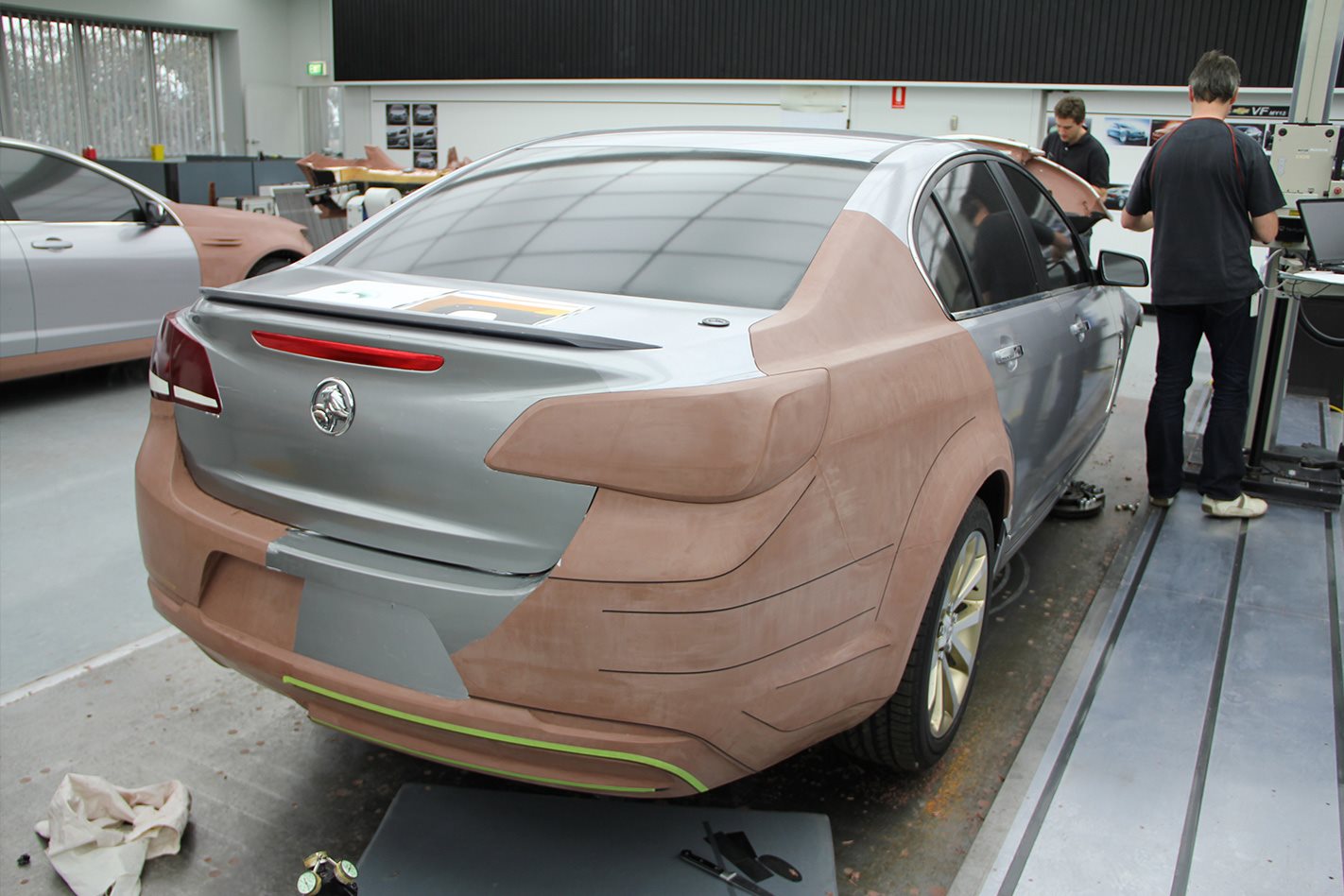 Meeting pedestrian-safety requirements forced a higher bonnet and the designers have added a power bulge and additional crease lines, two of which flow from the windscreen pillars to the grille, rather than the headlights, as on VE. Only the rear line (below the windscreen base) of the bonnet is common with VE. VF uses one headlight design, adding decoration to distinguish the various models. Although the rear window is carryover, the greater slope of the C-pillar means the profile is more fastback, with increased integration into what is visually a higher tail. By running the tail-lights across the rear panel shutline and into the boot, the designers clearly have great faith in manufacturing’s ability to perfectly line-up the top and bottom of the lights.

Wheels has yet to see the VF on the road – only then can you make a real judgement – but based on a design studio viewing of Calais V and SS V, we know the new Commodore looks more expensive, more premium, with an added touch of sportiness. This has been achieved at the expense of the VE’s purity and individuality. Still, both remain handsome and appealing. And reassuringly iconic.