IN 1958, the car became a global commodity, and Australia wanted a slice of the action.

Despite being a far-flung former British outpost, we signed up to the so-called "Agreement concerning the adoption of uniform technical prescriptions for wheeled vehicles, equipment and parts which can be fitted and/or be used on wheeled vehicles and the conditions for reciprocal recognition of approvals granted on the basis of these prescriptions", the framework that set worldwide standards for how future cars would be built, and is still in use today. 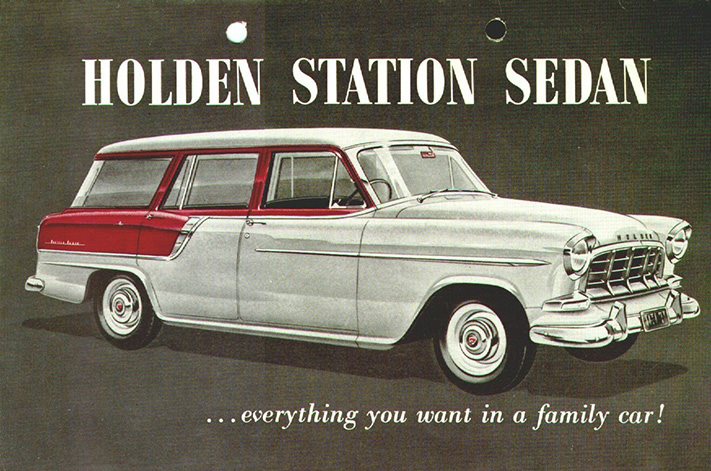 The tail-end of the 1950s belonged to General Motors-Holden, which could do no wrong. The FE – the first to introduce the so-called ‘Station Sedan’ wagon and then its facelifted FC successor – marched to half the entire market: one in two new cars sold would wear a Holden badge. In 1958 it had built its 500,000th “Bodywork by Holden” vehicle, and also exported its 10,000th vehicle.

Ford, too, was having a go with the locally designed and developed Zephyr wagon, which was not only a uniquely Australian take on the comparatively more sophisticated and refined British large car, but also set the stage for more Australianised Fords once the Falcon and its derivatives arrived in 1960. However, it was struggling with heavy import taxes on the parts it needed to modify the cars. 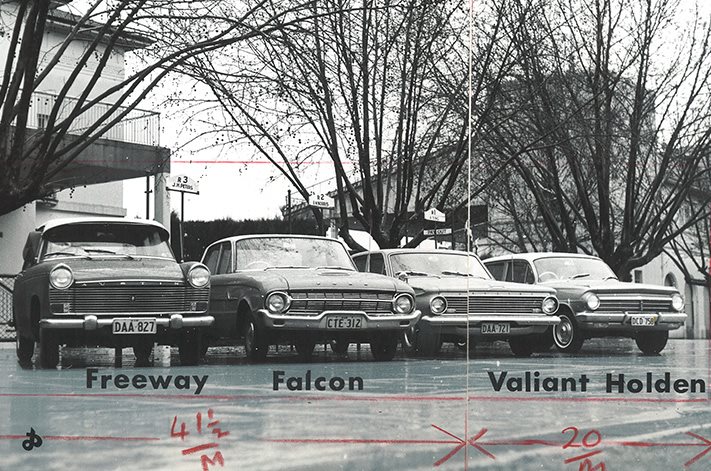 GM-H’s domination, though, could not be sustained, and the writing was on the wall as early as 1958.

Nissan had successfully entered a couple of Datsun 210s in the 1958 Mobilgas Around Australia Trial, completing the 16,000km endurance test with a class win and sending the word out to a skeptical world that “Made in Japan” meant quality and durability. By the early 1960s a trickle of imports from Japan had started, with Nissan and later Toyota selecting the Australian market as a litmus test for other international export destinations such as the US and Europe. 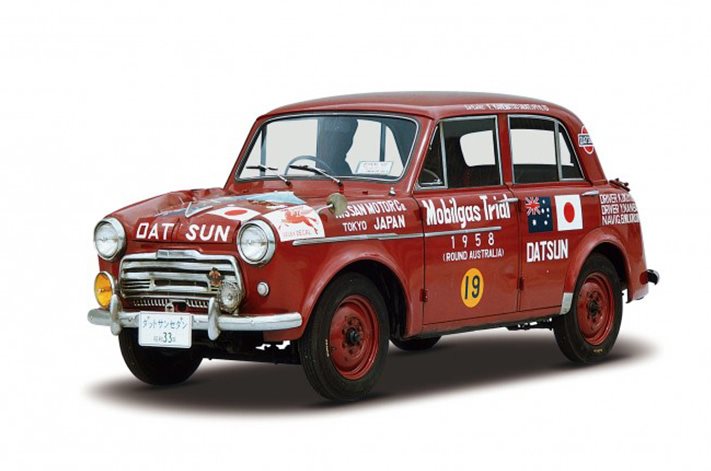 British Motor Corporation, meanwhile, had developed a revolutionary small car with an east-west engine and front-wheel-drive packaging in response to feared oil shortages as a result of tensions in the Middle East. Unveiled in August 1959 as both the Morris Mini-Minor and Austin Seven, it went on to define social change as the ’60s wore on. Australian production started in 1961, with the Mini quickly becoming one of the country’s best sellers.

In contrast, GM-H’s decision to rehash the big-finned and dog-leg windscreen designs of the mid-’50s for the 1960 FB Holden made it look outdated the instant Ford’s low-slung XK Falcon appeared in September 1960. The latter, which was basically a lightly made-over version of the American compact of the same name, was an instant hit. However, within 18 months word had spread that country cars in particular couldn’t handle the harsh Australian conditions, resulting in collapsing front suspensions and other durability issues. Ford’s high-flying bird was almost fatally wounded by the lightweight design that made it so appealing against the comely FB. 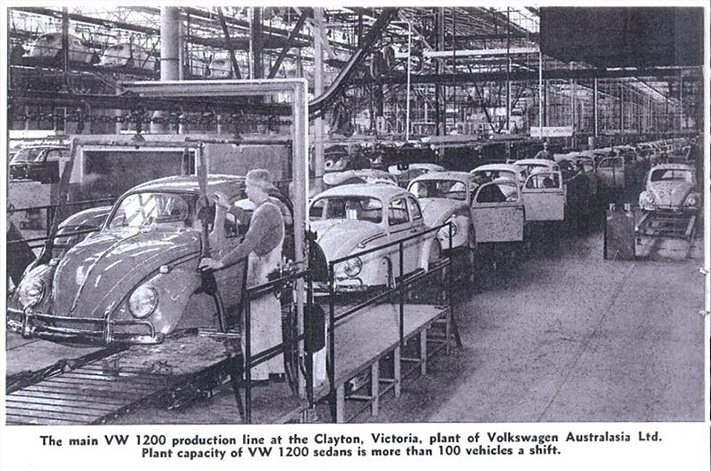 The Federal Government’s decision to introduce a credit squeeze in late 1960 – the so-called “Holt jolt” in reference to then-prime minister Harold Holt – to curb rising inflation as a result of the loosening of import quotas and licensing earlier that year, immediately plunged the country into recession. Among other things, it boosted the popularity of inexpensive small cars such as the Beetle and the Mini.

Chrysler Australia, meanwhile, was suffering poor sales of its outdated mid-’50s era Royal range, built in South Australia as a response to the FE Holden, but its French-based Simca Aronde small car did enjoy some popularity. But the real turning point came with the launch of the R-Series Valiant (below) in January 1962, which was based on the 1959 Plymouth of the same name. Combining the modernity of the Falcon with the performance, style, and class of much more expensive and powerful American luxury cars, the Valiant was an instant sellout, resulting in a line of US-based, but Adelaide-built, family cars that helped establish the “Big Three” though to the late-1970s. 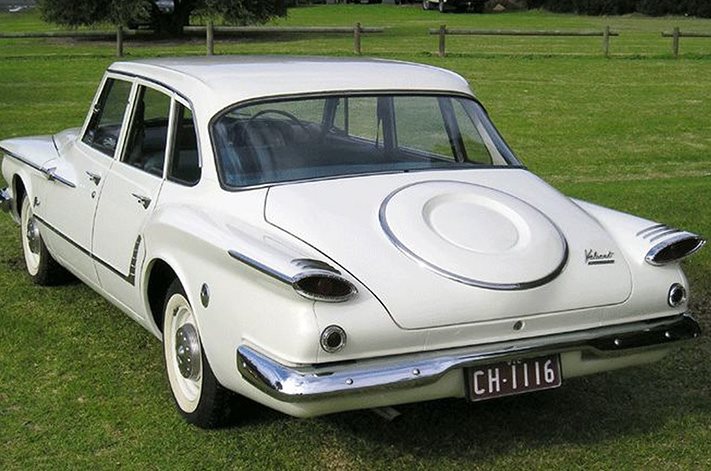 Though still commanding the lion’s share of the new-car market, GM-H wouldn’t have an appropriately modern response to the Falcon and Valiant threat until the EJ Holden arrived in mid 1962, introducing – among other innovations – the Premier luxury model.

BMC was also doing well at this time with the Morris Major (and later Elite), a one-time mooted replacement for the Morris Minor, but was later developed as a compact premium sedan wearing Wolseley and Riley badges in Britain. For Australia, however, it evolved into a well-priced, nicely equipped mid-sized 1.5-litre sedan from 1958, plugging a gaping hole in the market between cars such as the Beetle and Holden. Though hardly contemporary in design and utterly conventional in execution compared with the front-driving Mini, the Sydney-built Elite proved sturdy and spirited. 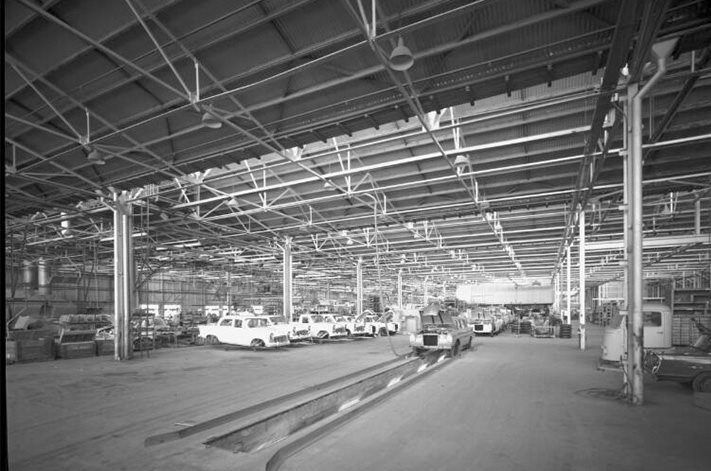 Standard/Triumph cars had been built in Port Melbourne since the late-1920s, but the decision by the Australian half of the joint venture, the Crosby brothers, to assemble some Mercedes-Benz models from 1958 led to the name change Australian Motor Industries (AMI), which then went on to make AMC Ramblers.

In 1961, Holden released the EK, followed a year later by the EJ. In June 1962, a gold-coloured EJ Premier became Holden’s millionth car off the production line – Australia’s annual sales had grown to 206,061 cars and 60,647 station wagons. 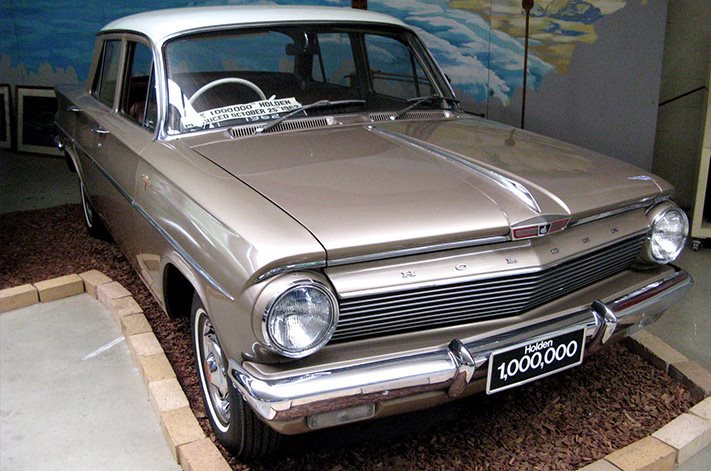 Next: 1963-67: Toyota wears Tiaras and Aussies flex their muscles