A hot lap with Mick Doohan

A wet track, a pit lane full of F1 cars and a five-time MotoGP world champ. Wheels tackles Albert Park with Mick Doohan and tries to distract him … at 220km/h 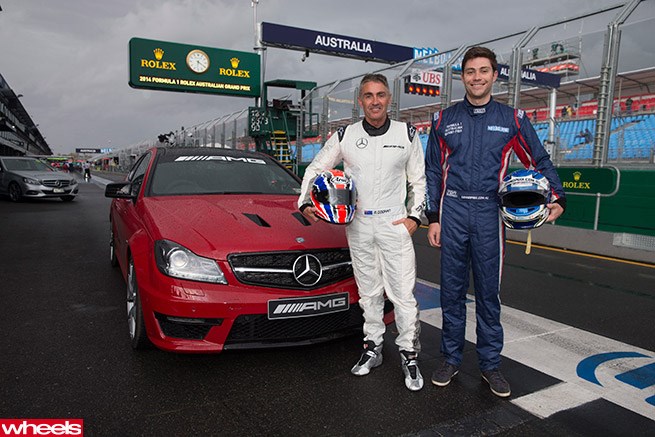 Magazine editors are sick, sadistic creatures. After learning Mick Doohan – a man famous for hanging off motorbikes at 300km/h – was about to take me for a hot lap on a wet Albert Park, I’d been given a special instruction. “Distract him,” grinned my editor. “See if you can put him off.”

So it was at 220km/h, the car skipping and slipping into Turn One like a drunken figure-skater, that I asked the stupidest question of my career. “Mick, what’s nine times six?”

Doohan’s never one to hold back, but I wasn’t expecting what came next.

Three more questions and three profanity-laden, but correct answers later, it’s clear Doohan’s no easy man to put off. Particularly given he’s only got one hand on the wheel. The other is stabbing furiously at the traction control button.

“Let’s get this thing operating,” he says. “I don’t know what grip levels we’ve got here, but we’ll soon find out.”

Mick’s driving a Mercedes-Benz C63 AMG 507, the same car he’s been using to race, and beat, a V8 Supercar and Formula 1 racer all weekend in the Ultimate Speed Comparison. But this is no ordinary hot lap.

Thanks to Mercedes, Wheels has been given exclusive access to a hot Albert Park circuit, straight after F1 qualifying. That meant dodging F1 cars, their brakes still smoking, as we pottered down pit lane, marshals blowing shrill whistles to clear a path through the drivers and teams.

“Look, they’ve even left the tyre bundles out for us,” says Mick, hurling our blood red Benz at one. “It’s a great little car this, particularly for this kind of thing. Hell, it’s no F1 car, but it’s fun and at my age, all I want to do is have fun, you know?”

With the traction control now off, Mick’s certainly not holding back. He might be 48, but he’s still quick, even if it is on four wheels, not two. And don’t think he’s gentle, either. He bashes the brake pedal for full ABS stops, throws the nose at the apex and mashes the throttle for extended drifts on exit.

“Oh, it is slippery isn’t it!” he chuckles as the Benz lurches sideways off a kerb, its wheels spinning on the wet paint.

It’s clear Doohan’s enjoying himself, but it’s halfway through the second lap that I finally manage to find a topic to distract him – Michael Schumacher.

The pair have been great friends since they both won world titles in 1994. Their families are so close that Schumacher even named his first born after Doohan.

With the German ace still in an induced coma after a skiing accident in December, Doohan’s unsure if they’ll ever speak again.

“Of course our families have been in contact; we’ve been mates for ages and the girls are good friends. We were living beside each other basically in Europe and even holidayed together.”

“He’s already left a massive legacy, hasn’t he?” he grins. “But f--ked if I know what makes him such a great driver. We raced in the Race of Champions and he completely flogged me.

“He’s achieved some amazing things and it’ll be some time before anyone can beat him. Sebastian Vettel is the only guy with a chance, but it’s going to be a long time before we see somebody do anything similar.”

With that, Doohan flicks the Benz back into pit lane, which is still crowded with swarms of mechanics and half-assembled F1 cars.

“I’m sorry it was so wet for you,” he chuckles as we roll to a stop. “In the dry I can actually make it move around a bit more. But I can’t believe I got that maths right! Enough of that shit, though; you had me worried.” 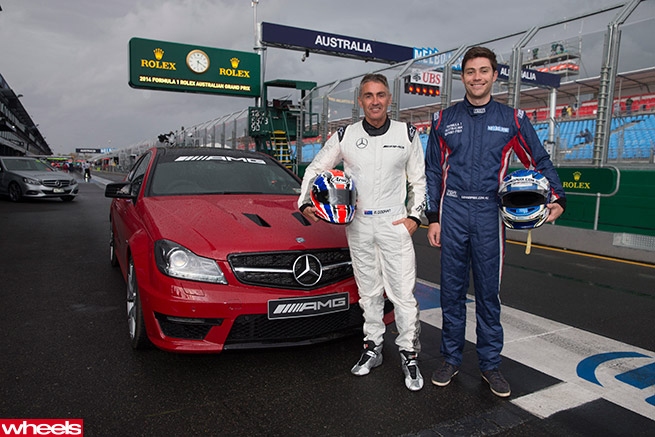 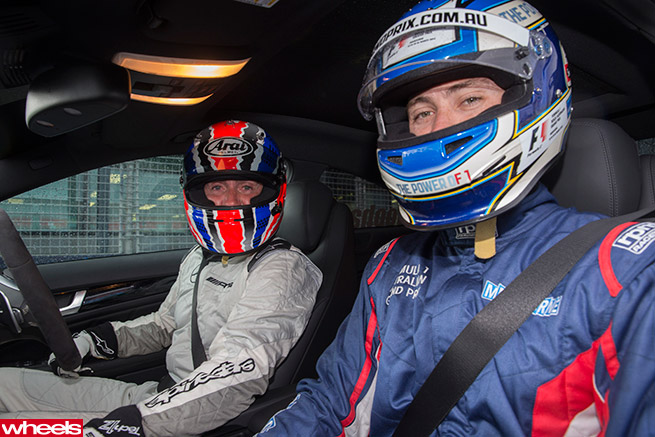 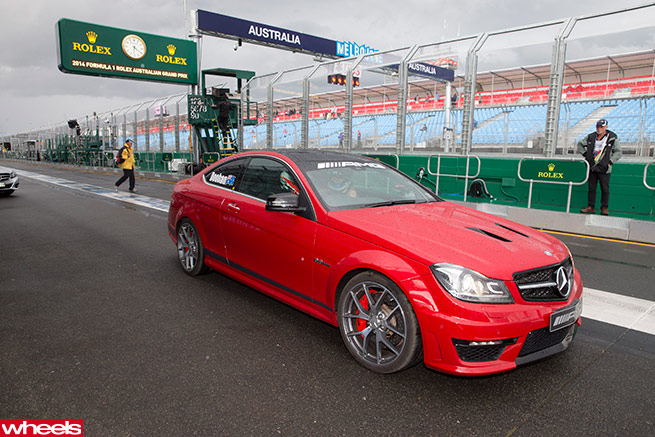 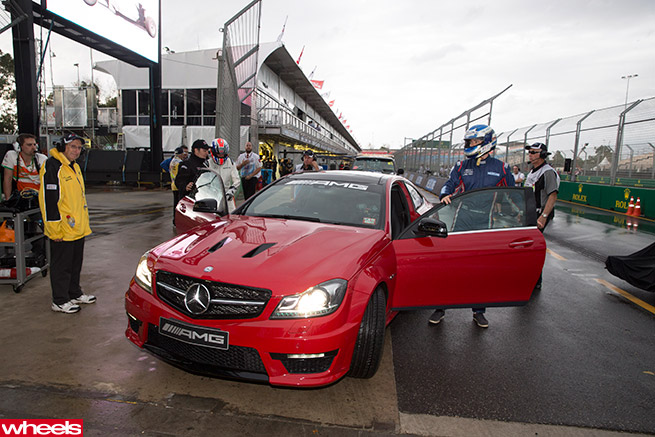 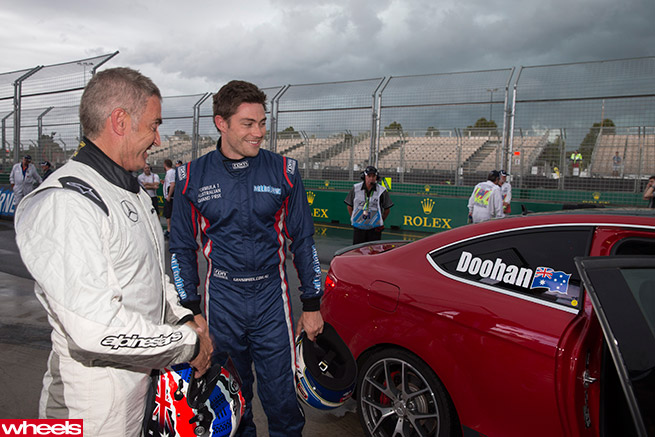