TODAY we at Wheels HQ pay tribute to the brave men and women known as the ANZACs, and the sacrifices they have made for our country.

And as we remember them, we want to go back through some of the vehicles that Australian and New Zealand military personnel have been behind the wheel of, both in conflict and during peacekeeping operations across the globe.

Here are just a selection of the four (and six) wheeled vehicles that have served (or are about to serve) our country. Some of you may be looking at the photo above, and the name Perentie, and thinking to yourselves, ‘that looks an awful lot like a Land Rover Defender 110’. And you would be correct. Sort of.

The Perentie was a bespoke version of the 110 where the Defender’s infamously unreliable engine was removed and replaced with an Isuzu diesel. The cars were produced by JLR Limited specifically for the Australian Army, and partly manufactured and assembled in Moorebank, New South Wales in the ‘80s and ‘90s.

The Defender was introduced in 1987 to replace an ageing fleet of Series 2A and 3 Land Rovers, and the Isuzu donk selected by the Australian Defence Force was a 3.9-litre four-cylinder 4BD1 diesel engine or 4BD1-T turbo.

The Perentie was used both locally and in overseas operations including Somalia, Timor Leste, the Solomon Islands, Iraq and Afghanistan.

Aside from the engine, other modifications included the relocation of the spare wheel to under the rear of the load area and a galvanised chassis. A neat feature of the Perentie you won’t see too often is the ability to sustain being hung from a helicopter by one corner without the chassis distorting.

A 6x6 variant was also built and used. However, from early 2013 the Mercedes-Benz G-Wagon started to replace the Perentie fleet – more on that later. The light armoured fighting vehicles were designed and used for reconnaissance purposes, and was an evolution of the Dingo which was used by Australian soldiers during WWII.

Australia commissioned 265 Ferret Scouts in total - one of the largest fleets amongst current and previous operators.

The Ferret Scout was powered by a Rolls-Royce B60 inline-six engine, producing 97kW, and could be fitted with a .30-calibre M1919 Browning machine gun. 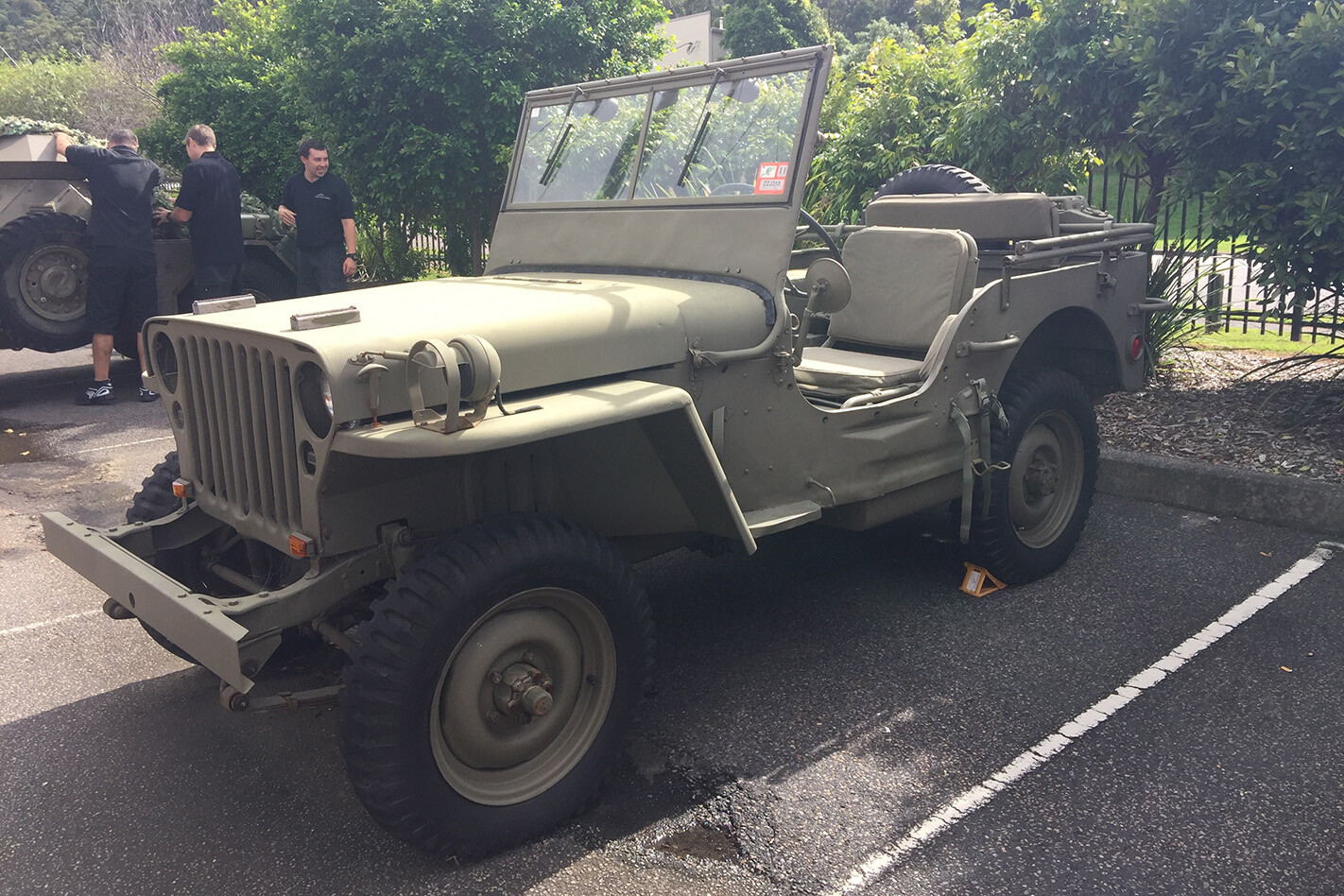 One of the most iconic army vehicles is the Willys Jeep.

Manufactured in WWII, the Willys MB Jeep (which was also built in huge volumes by Ford) was designed in response to a request from the US Army for a lightweight 4WD utility vehicle. To date, it is one of the most widely-adopted military vehicles of all time.

And despite its American roots, the Willys Jeep was also employed heavily by the Australian Army in WWII in a number of theatres. Lend-lease arrangements also saw the humble jeep in use by the British and Soviet armies, while post-war surplus Jeeps were distributed widely to militaries across the globe.

The car was powered by the ‘Go Devil’ engine, which sent power to all four wheels via a three speed gearbox and two range transfer case. Though small, it was adapted to a huge variety of roles: from towing artillery, toting recoilless rifles, scout duties, battlefield ambulance and even – in experimental form – as a flying car.

The old Land Rover Perentie mentioned earlier is in the process of being replaced by a fleet of Mercedes-Benz G-Wagons. The German-built vehicles is currently used in both 4x4 and 6x6 variations by the ADF.

The G-Wagons are being deployed as part of Project Land 121, a multi-billion program revamping the Australian military’s fleet of vehicles.

G.H. Varley Pty Ltd in Newcastle is a subcontractor to Mercedes-Benz, and responsible for the design and manufacture of the various modules and tray bodies used on Aussie G-Wagons, and all use Benz’s ‘350d’ 3.0-litre turbodiesel V6 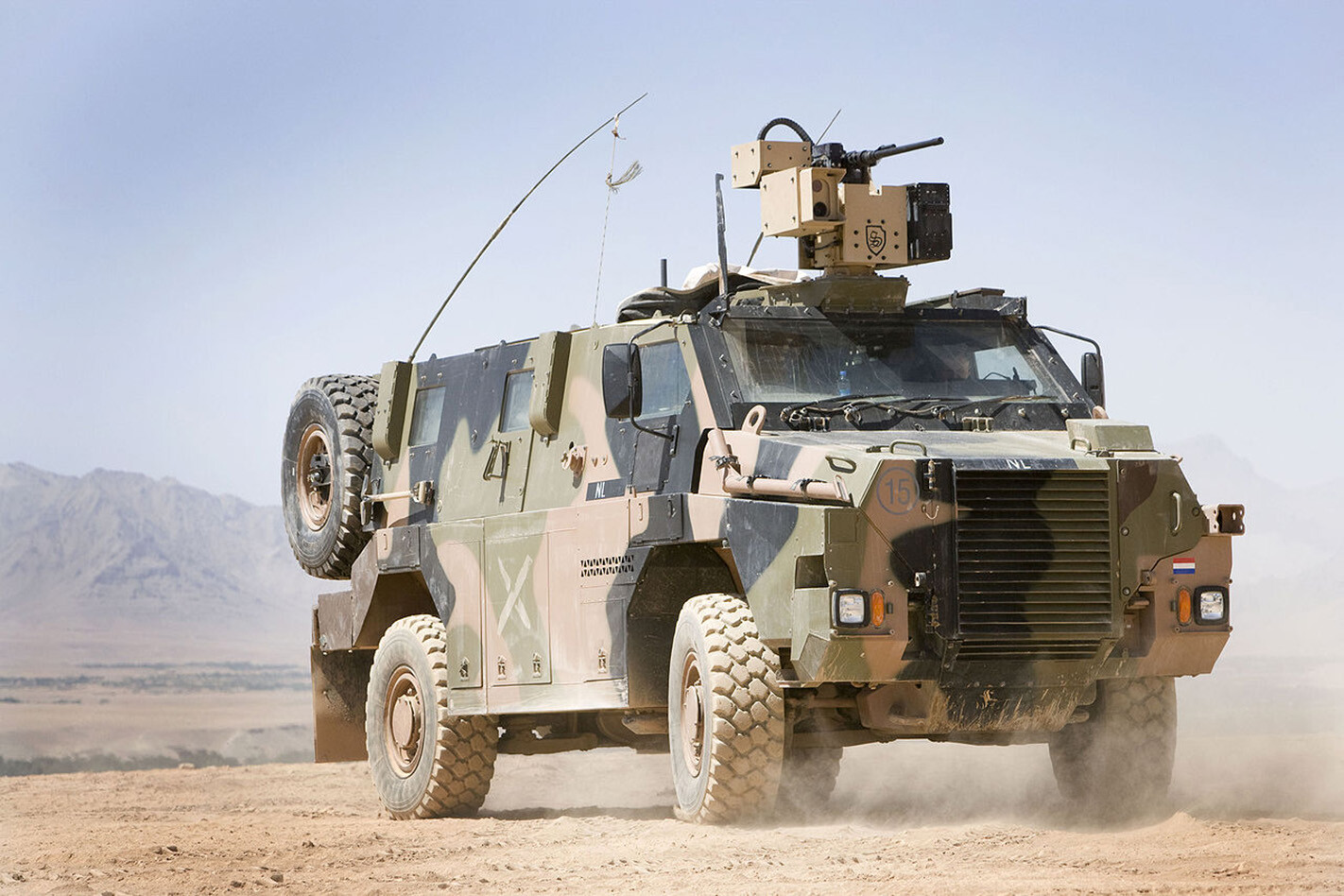 It is produced by Thales Australia with support by Oshkosh Truck which is capable of building the vehicles to US specifications if ordered. Australia isn’t the only country to use the Bushmaster, with the Netherlands, British, and Jamaican armed forces also adopting the vehicle.

It’s powered by a Caterpillar 3126E 7.2L six-cylinder turbo-diesel, making 224kW and 1166Nm, and has space for nine soldiers and their equipment.

Designed to be comfortable in harsh environments like Australia’s top end, the Bushmaster is notable for being designed from the outset to have a fully airconditioned cabin – not to mention its ability to survive landmines and IEDs.

The Bushmaster made its debut in 1997, and has since been deployed in East Timor, Afghanistan, Iraq, and Northern Mali. Not in ADF service quite yet, the Hawkei PMV is the next generation of Aussie military vehicle and, like the Bushmaster, is developed and built here in Australia.

Intended as an intermediate step between the lightly-armoured G-Wagens and the much larger Bushmaster, the Hawkei will offer a heavier level of protection and is designed to survive front-line usage better than the outgoing Land Rovers and Mercedes-Benzes. Like the Perentie and G-Wagen, the Hawkei will be available in a variety of bodystyles tailored to their specific mission, with around 1100 Hawkeis set to enter service with the ADF in the near future.