Born to drift: putting the Toyota 86 on ice

IT’S brutally cold, I’m bleary-eyed after travelling for days and my internal body clock has completely given up trying to synchronise my brain with the day/night cycle.

My adrenal glands are definitely still functioning, though, and I know this because excitement and anticipation are the only things keeping my eyelids from snapping shut like bear traps. Today we get sideways on ice.

And we’ll be doing it in spectacular fashion too: located halfway up Sweden’s length and close to the border with Norway, the town of Ăre sits on the banks of a modestly-sized lake in a picturesque snow-dusted and wooded valley. People come to Ăre to ski on the slopes above, but Toyota has sent us here to experience snowdrifts of a different sort. 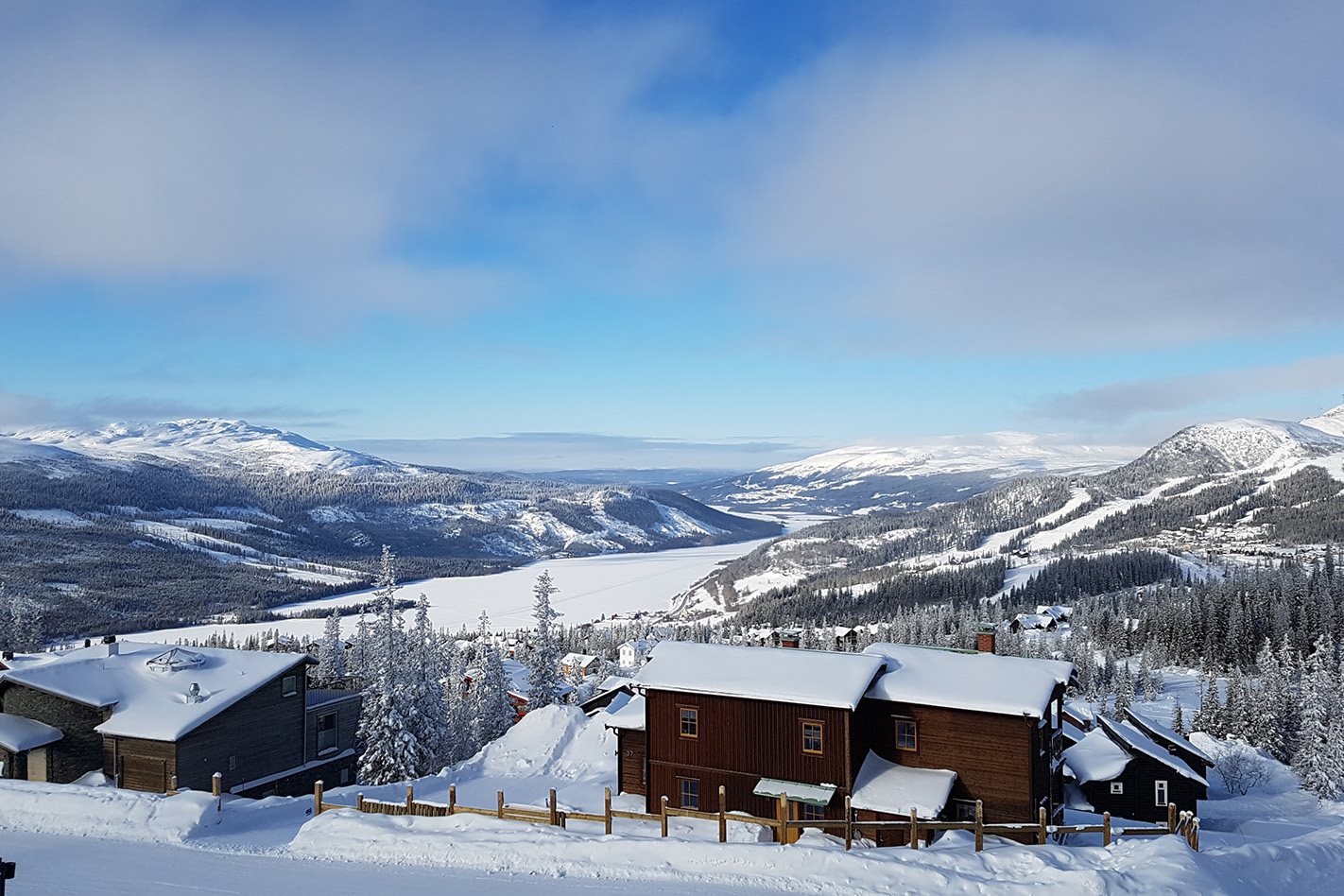 I’ve driven on compacted snow before at New Zealand’s Southern Hemisphere Proving Ground, but a proper frozen lake is new territory for me. Our whip for the day, the Toyota 86, is familiar, but even though it’s shod with studded tyres I’m expecting it to handle like it’s on castors.

Toyota’s arranged for a handful of limited-edition Yaris GRMNs for us to drive on the ice as well, and we start off with a quick elk-avoidance test in the roided-up compacts to demonstrate just how little traction there is on the lake’s metre-thick ice. 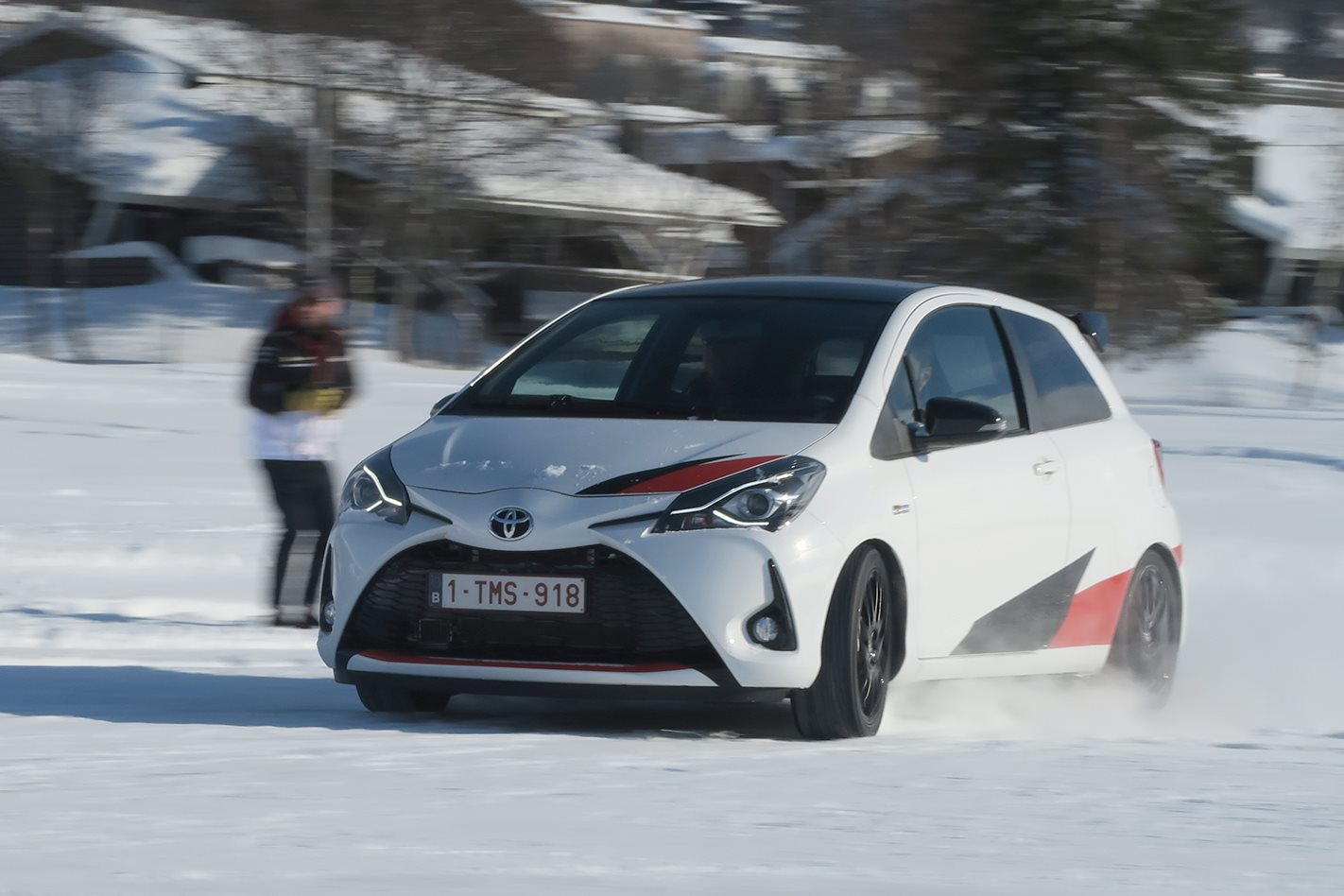 As Toyota’s first true hot hatch in ages, I’ve been looking forward to testing out the Yaris GRMN. Unfortunately, ice isn’t the best arena to showcase its talents – its supercharged 1.8-litre easily overwhelms the front tyres, and you can’t completely deactivate stability control. It can be coaxed sideways with some flicks of the steering wheel, though, and it feels like it’d be a fun car to lash hard on a gravel road.

Even so, I manage to spin it dramatically while avoiding the imaginary elk and embed its snout deep into a snow bank. Oops. 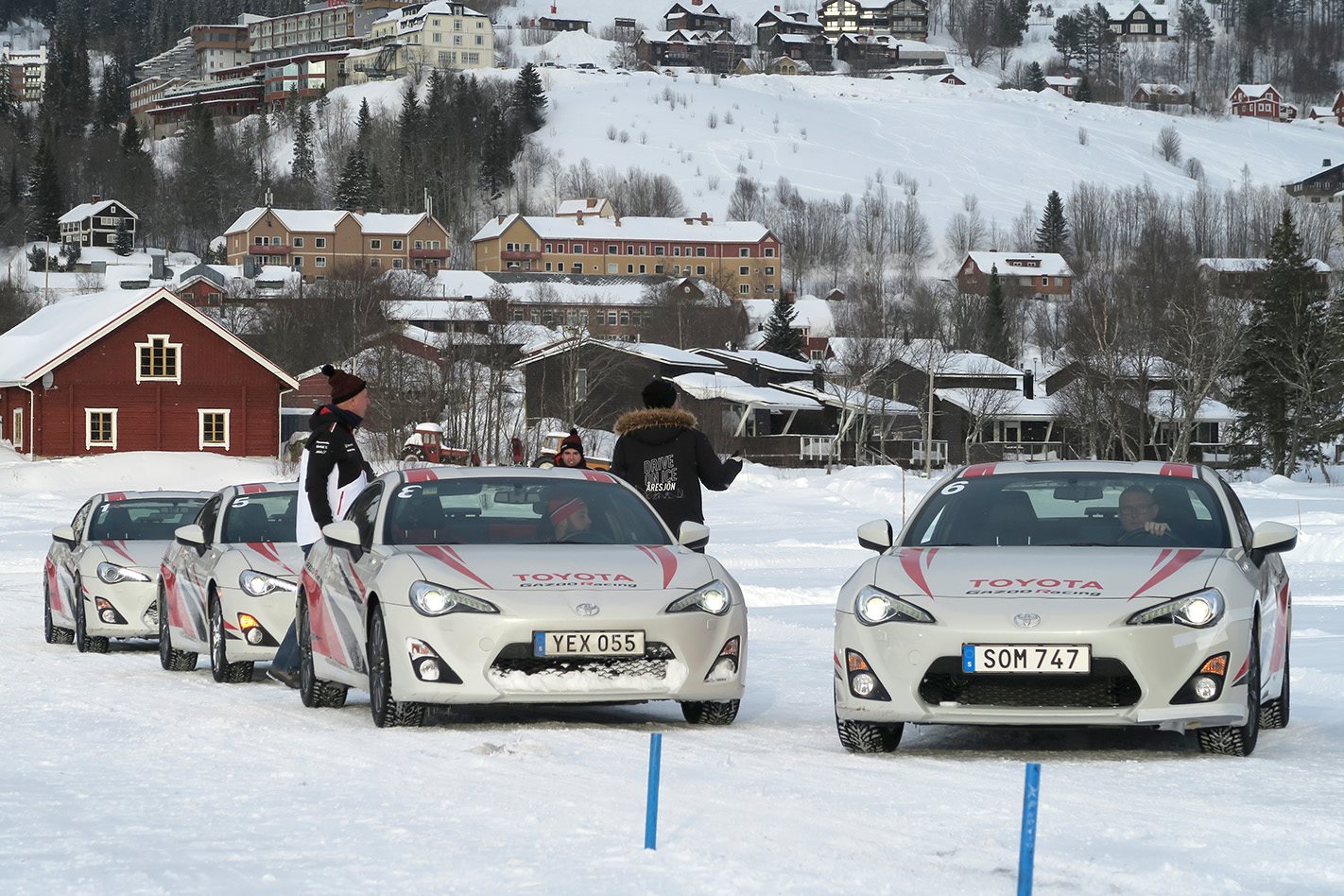 With rear-wheel drive and a more docile powertrain, the Toyota 86 is far more cooperative on ice. We kick off with a configuration that resembles a dogbone – or the outline of an acoustic guitar, according to our Swedish minders – where the 86’s glorious balance quickly shines through.

Turn in quickly then prod the accelerator pedal and the rear steps out straight away. Hold the throttle setting while dialling in counter-steer and a lovely powerslide is the result. Few cars make this process feel as natural and approachable as the Toyota 86, even on polished ice. 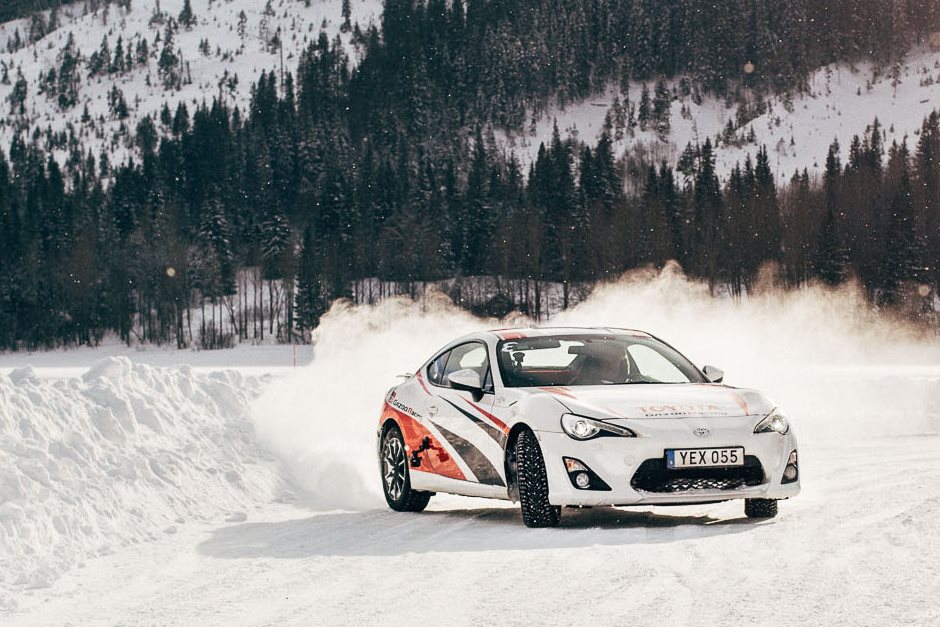 And there’s plenty of scope to play with it. Power oversteer is fun, but inertia drifts – AKA, the ol’ Scandinavian Flick – are cooler.

Using speed and steering to initiate a drift requires a little more skill, but do it right and the entire course can be linked in a smooth sequence of slides by sharply lifting the throttle to send the car’s rump the other direction. 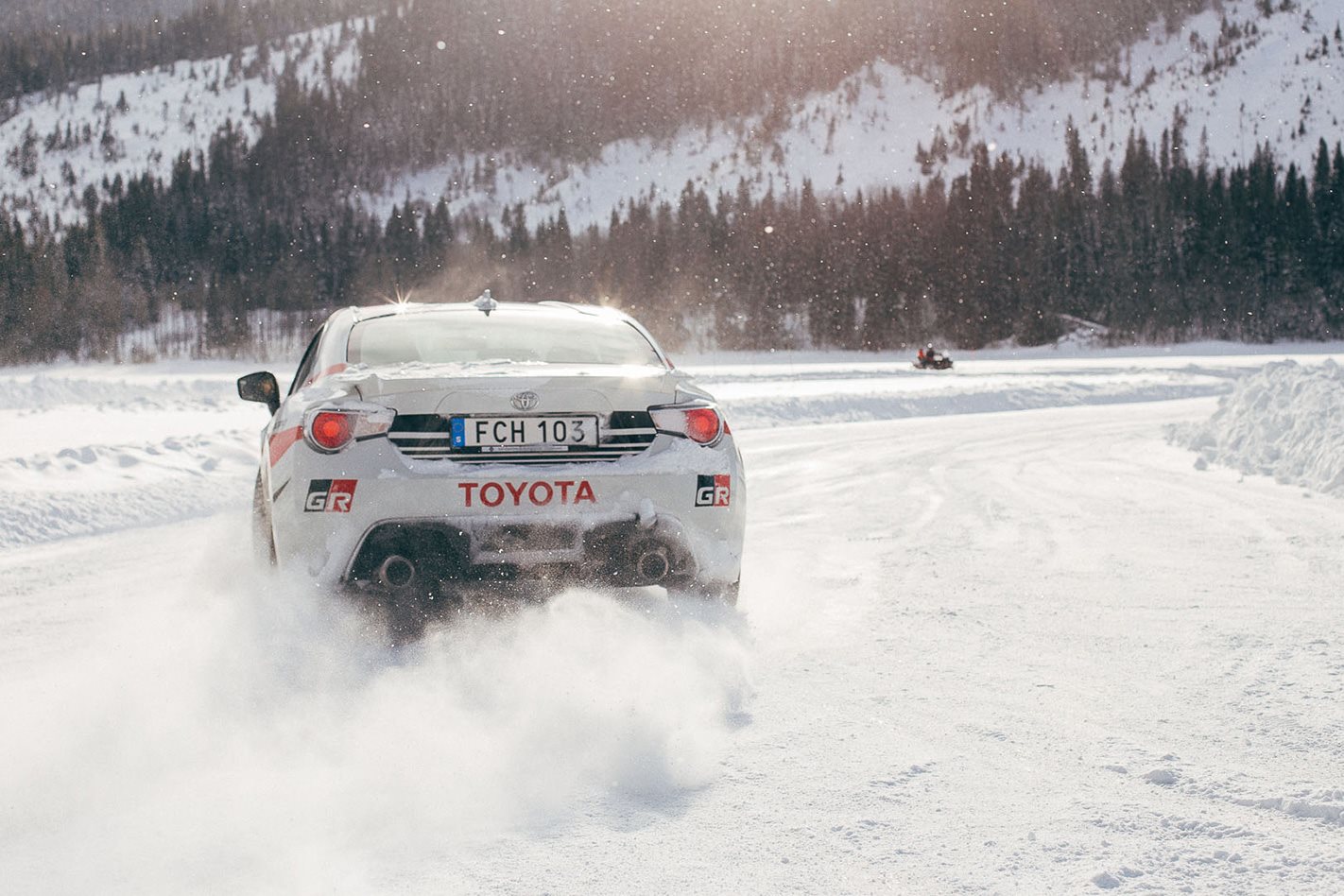 Borked it up and found yourself understeering toward a wall of snow? The handbrake is there to help you get yawing again. Whatever the method, the 86 makes it laughably easy to drive sideways – even the automatic.

We move on to a timed circuit with more corners and opportunities to bring the speed up, and the 86 proves even more joyous. Responsive, adjustable and predictable, it’s clear that Toyota engineered the 86 to be a drift machine. 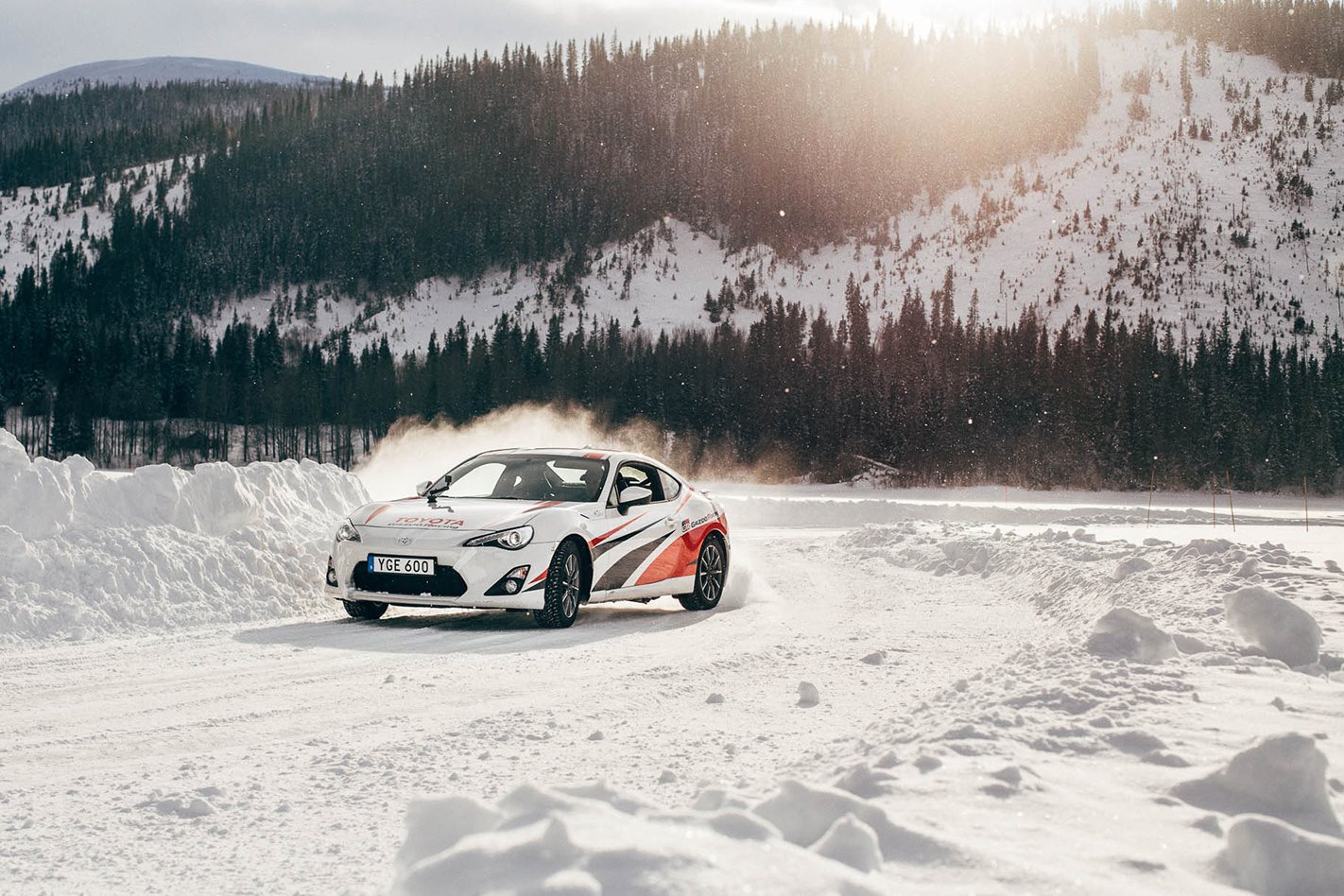 Even now, nearly six years after its launch, this chassis is still world class. No wonder we crowned it Car Of The Year. Is it a little self-indulgent to travel halfway across the planet just to skid old cars across a lake? Maybe, but there’s a reason for this trip.

A couple of days after our sojourn to Ăre, Toyota lifted the covers off the GR Supra Racing Concept at the Geneva Motor Show: a thinly-veiled version of the upcoming fifth-generation Supra that’s been given the racecar treatment for its Geneva debut. 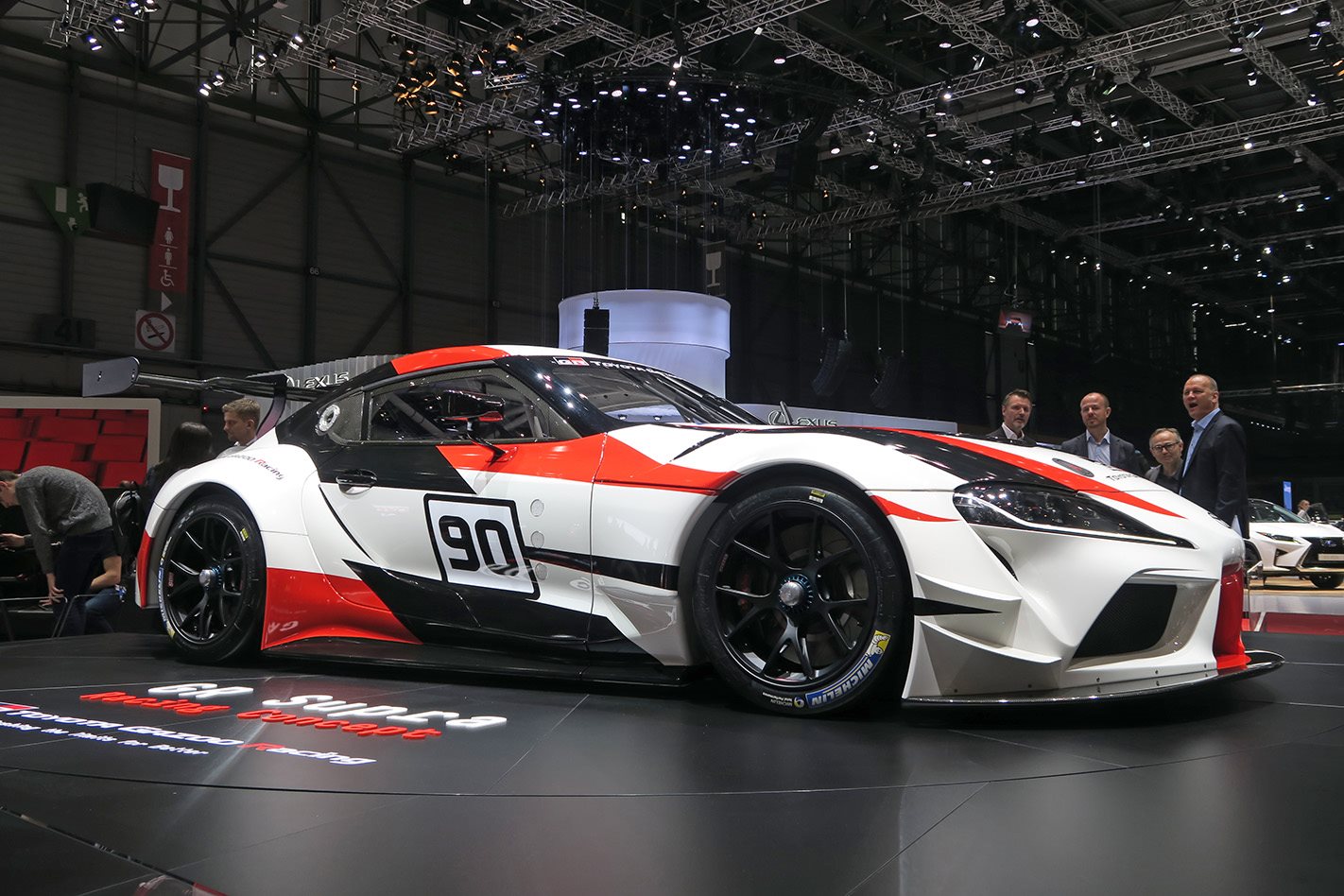 And besides being the bigger brother to the 86s we just thrashed, there’s another crucial link. Tetsuya Tada, the chief engineer of the 86 and the man responsible for making that car such a drivers’ delight, is also the head honcho of Toyota’s Supra project.

With that in mind, getting acquainted with the 86 isn’t just a bit of fun – turns out it’s homework to get us primed for the return of the Supra. And if the 86’s performance on ice is any indication, the new Supra is bound to be something very cool indeed. 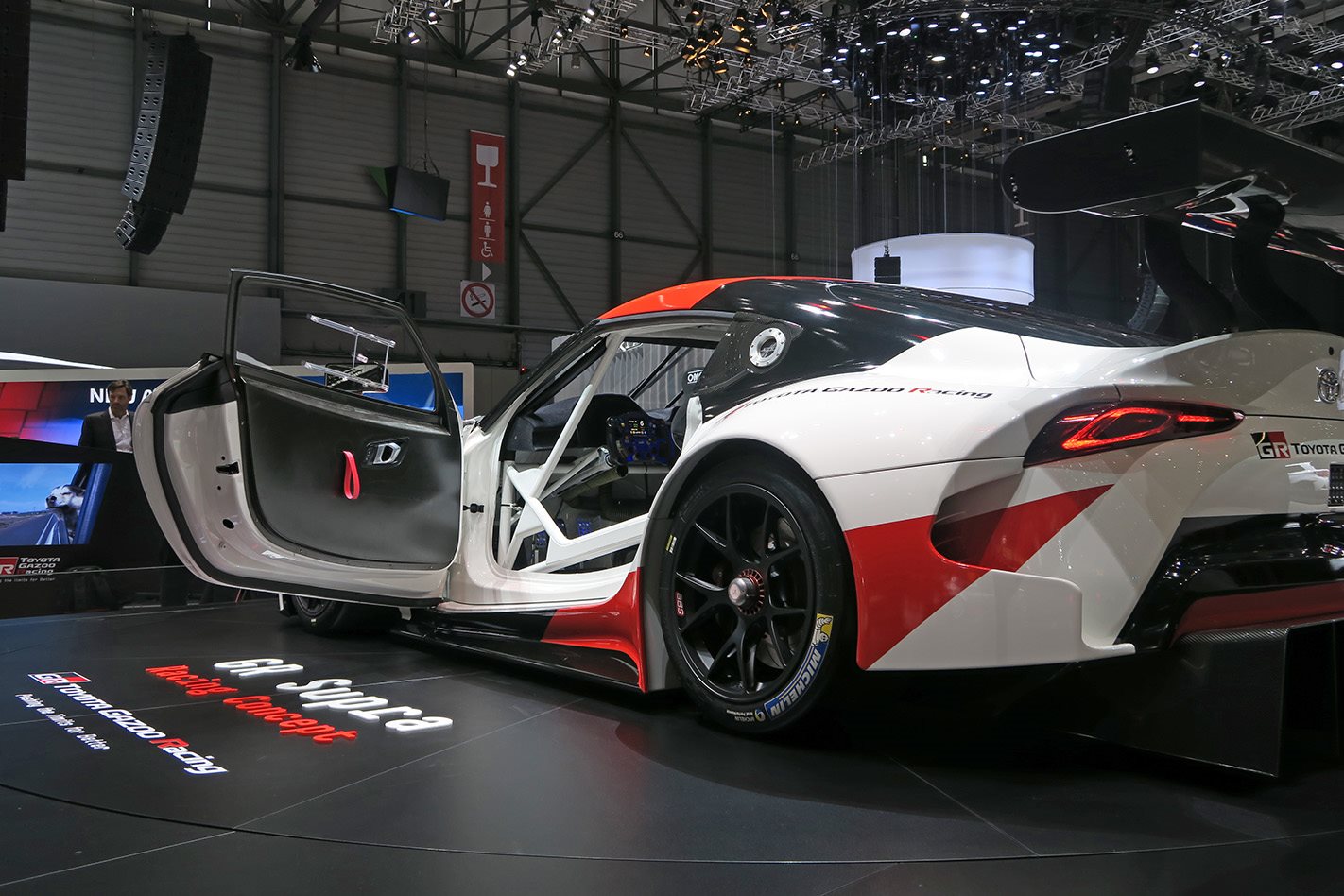