In 1984 Peter Brock and Larry Perkins took on the 24 Hours of Le Mans in a Porsche 956 sponsored by Bob Jane, and Wheels was along for the ride - literally. Here is how it all came about

In 1984 Peter Brock and Larry Perkins took on the 24 Hours of Le Mans in a Porsche 956 sponsored by Bob Jane, and Wheels was along for the ride - literally. Here is how it all came about.

THE AUSTRALIAN attack by Bathurst heroes Peter Brock and Larry Perkins on the 1984 24 hours of Le Mans never really stood a chance. Rushed preparation, a leased and decidedly second-hand Porsche 956, and without the promised engine and gearbox: they were always on the back foot.

Running on adrenalin, Team Australia – funded by Bob Jane and organised by Greg ‘Peewee’ Siddle (who managed world champion Nelson Piquet) – somehow managed to be race competitive. Until, at 2.00am on Sunday, half-way through the race, disaster struck.

From the moment we knew of the Le Mans attempt, this was a story Wheels had to have. So it happened that Phil Scott, fresh from the Monaco Grand Prix, which gave Wheels readers his magic Murray Walker’s Monaco story (see Classic Wheels, July 2015), pointed his trusty AWD Alfa 33 north for the once magnificent Le Grande Perray, a big and drafty 14th century chateau with but one shower.

On his first visit to Le Mans, Phil’s next week belonged to Team Australia. Entrepreneur Siddle, lovely bloke that he is, had arranged for our man to spend the lead-up to the race living in the Brock/Perkins chateau, knowing that, regardless of the outcome of Le Mans, Scott’s inside story would make captivating reading.

Scotty’s diary, dense with drama, mental anguish and heartache, and fuelled by Larrikinisms from the ultra-dry wit of Perkins and the casual, matter-of-fact Brock, deserves to be read quietly, without interruption, in company with a large glass of quality red.

It was Brock who suggested that Scotty should run shotgun for a lap in the orange 956 during Thursday morning practice. “C’mon, you’ve been lurking long enough, let’s go for a speed,” Brock insisted. Insurance arranged – premium long forgotten – they literally crammed Phil into the 956 for the ride of his life.

From the moment Phil rang from France with the news that he was doing a Le Mans lap with Brock, I knew we had the makings of a great story. I also knew it would be extremely long, but knowing that the detail and conversations were all-important, I still wanted Scotty to let it run and run.

Should we cut it, like Evan Green’s two-part story on Donald Campbell’s land speed record attempt (Classic Wheels, March 2015), or just let it occupy whatever space it took? Tough call. But not really, not with words of this quality. The uncut story occupied almost 13 pages, fully deserving the cover line The REAL Le Mans: With Brock at 353km/h. 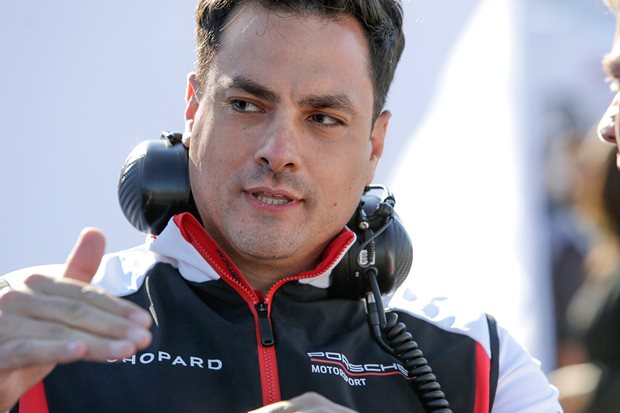