MARK Bernhard knows 2017 won’t be easy for Holden. Entering his 31st year with General Motors, the chairman and MD of the once-dominant brand is philosophical about what is the manufacturer’s most challenging period since it produced its first car in 1948.

He seems almost calm in outlining the months ahead. Come October 20 there will be no more Holden as many remember it: a manufacturing giant, a top-selling car maker and a brand that helped shape Australia with nameplates like Kingswood, Monaro, Sandman, Torana and Holden Commodore.

Bernhard has witnessed wild swings in fortunes for Holden, from its near-demise in 1986 to the Monaro-infused revival a decade or so later. Just last year the brand posted its lowest ever market share, finishing outside the top three for the first time.

Yet he’s not dwelling on the past. Instead he turns to the import-only future, which kicks off in 2018 with the arrival of the next Opel Insignia, a car that will wear the Commodore badge.

Bernhard emphasises he doesn’t want to “downplay the importance of the last year of manufacturing”, in particular ensuring the 1000 employees that will lose their jobs are treated with “dignity and respect”.

“But our focus is more on building a long term sustainable business. What happens this year is something that’s already been written. We talk about the 24 new products by 2020 and we’re now working beyond that, too.” 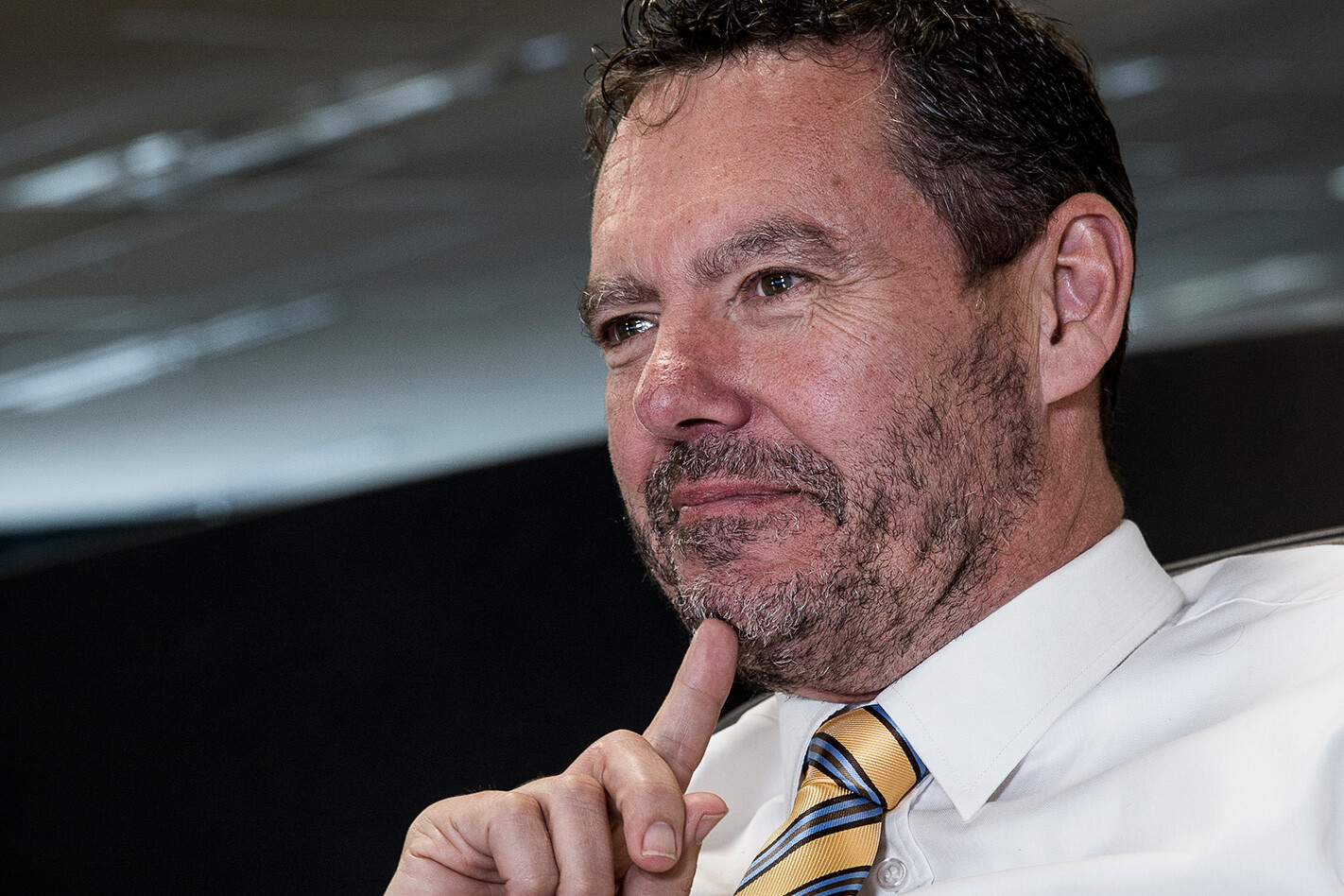 While Detroit is experiencing a resurgence, there are still scars of a tough couple of decades that have forced GM to reinvent itself, which in turn pointed the blowtorch on Holden.

But Bernhard, who took up his post in July 2015, appears ready for the challenge, albeit battle weary from a challenging year and a half at the helm.

“It’s probably not so much a concern as opposed to something we know we need to address,” he says of the disastrous result in 2016. “We’ve got the green shoots now; we’ve got the product portfolio starting to change over as well. We’re confident we can turn it around from where it’s at.”

While Holden’s PR message is on getting the basics right – the cars, customer service, and after-sales – rather than market share, it’s clear that number four on the sales charts does not sit well.

There’s a hint of frustration about the delay between implementing plans and seeing results. For now, poor decisions of the past are playing out and Bernhard is the man at the end of pointed fingers.

He won’t rule out more pain, but says challenges will be dealt with as they arise.

Despite the shutdown of manufacturing, Bernhard says much of the core of what Holden does won’t change.

Yet Holden’s future relies more on its overseas siblings than ever before. The company has previously designed cars purely for Australia. Now it must demand a seat at the development table to ensure Australians get cars that suit.

As part of that it is clear that Commodore will play a far less important role.

“We’ve got some fantastic products that give a portfolio that should appeal to a broad range of Australians,” he says. “Commodore is one product. Is it important? Absolutely, but so are all the other products as well.” It’s likely Commodore will slip from the list of top sellers, with Holden instead set to lean on the rest of its portfolio, including a fresh range of SUVs.

Of the 24 promised models by 2020 more than half have now been confirmed, and some are obvious replacements, including an all-new Holden Colorado.

Considering the success of the Mustang – it was Ford’s third best-selling passenger car behind the under-performing Focus – it all but guarantees the Chevrolet Camaro is on Holden’s hit list.

“We sell a significant number of V8s ourselves today. We understand the demand is there in the portfolio. We’re very comfortable with the portfolio we’ve got coming.”

The yet-to-be-revealed eighth-generation Corvette is a done deal – giving Holden the V8-powered sports car the company promised in 2015 – and Wheels expects the new-gen Chevrolet Camaro, due in 2021, to be part of the mix (see p.10-11).

In this bold new world of futuristic thinking, Bernhard is keeping an eye on emerging technologies, such as electric and autonomous. He wants Holden to play a role – if it makes sense.

Yet despite the focus on the future and appealing to a broader customer base, there is an appreciation of Holden enthusiasts.

“They’re great ambassadors for Holden,” says Bernhard of the rusted-on Holden faithful. “They’re very, very passionate people. We want to engage with them as much as we can.”

But Bernhard reinforces that Holden is changing and looking to appeal to customers it has previously shunned.

He also acknowledges that there is much work to be done reviving Holden’s brand health, something he admits will happen “slowly” – in much the same way it has unravelled over the past decade.

“It takes a significant amount of time and effort and that’s part of the work and building blocks that we’ve put in place over the last 18 months, probably longer.”

“The underlying parts of the business are showing really positive signs, so when you’re putting in the effort and you’re getting results, you say ‘now I want more results’.”