The body is largely untouched, but Holden has made big changes beneath the skin of its updated Holden Colorado – and all for the better.

WHAT IS IT?
The big Holden ute, but one that’s imported rather than produced locally. The current generation Colorado has been off the pace since it arrived in 2012 against a raft of new utes, so this is Holden’s chance to redeem itself.

WHY WE’RE TESTING IT
It’s only a facelift, but the latest update is big by facelift standards. Rather than rely on what arrived on the ship from Thailand (and engineered in Brazil), Holden engineers covered 100,000km on Australian roads to tune the suspension and drivetrain to our roads and tastes. 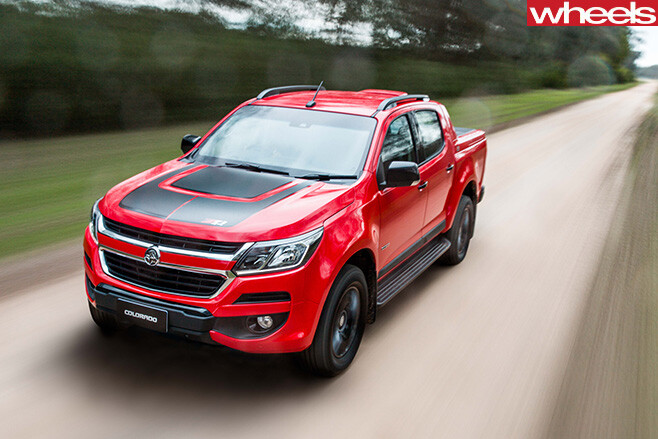 THE WHEELS VERDICT
The updated Colorado is the car that should have arrived in 2012. Big improvements to refinement and driving dynamics ensure Holden’s dual-cab off-roader now has a fighting chance in an increasingly competitive segment. THE WHEELS REVIEW
There were big expectations when the all-new Colorado arrived in 2012. Soon after, there were big disappointments for a ute that was underdone in so many ways.

But Holden listened, and the updated RG Colorado is the result. The most obvious visual changes centre on the nose; new bumper, new bonnet and new American-infused grille. No changes to other panels, though, and the basic ladder chassis remains.

Slip behind the wheel, though, and the changes are more obvious.

The new electric power steering is sharper and more consistently weighted, although not darty. Revised Bridgestone Dueler hoops join in the improved dynamic party, accurately pointing the dual-cab with a whiff of the inherent floppiness tall sidewalls can give.

As well as a revised leaf spring setup in the rear that brings added compliance, Australian engineers have also redone the dampers. The tray will still bounce over successive bumps when unladen, but it's nicely neutral and well controlled, adding confidence and comfort in equal measures. 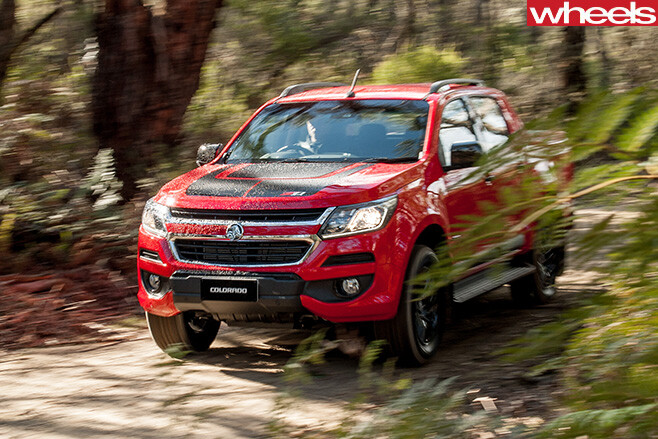 Impressively, the Colorado also deals well with a load on board. We punted the top-whack Z71 along a twisting road with half a tonne in the back. Sure, there was the occasional cornering squirm, but it was satisfyingly settled and never got close to the suspension limits.

But the biggest change to the Colorado is with the drivetrain. The addition of a newfangled centrifugal pendulum absorber torque converter has brought newfound shift smarts and refinement. The biggest difference is the transmission's ability to access low-rev torque more succinctly. Even at 1500rpm the torque converter will lock up, providing a direct link between the 500Nm under your right hoof and the twisting force at the wheels. As well as dishing up a more relaxed cruising experience, it exaggerates the hearty thrust on offer. 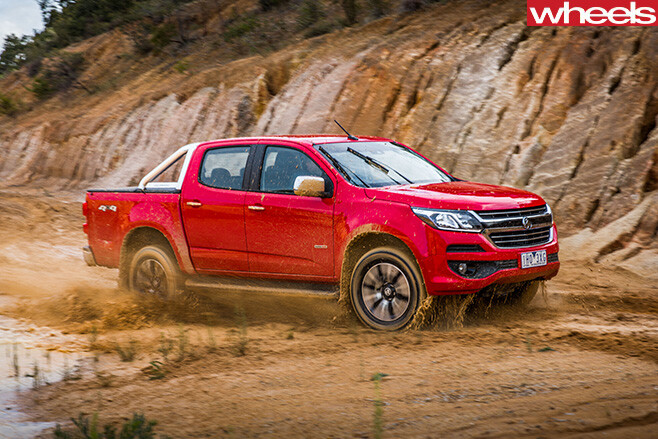 Indeed, it's in the low and middle revs where the VM Motori-sourced (but Duramax marketed) 2.8-litre four-pot thrives, so much so that it's given up and changes gear around 3600rpm, just as the 147kW peak power figure is reached.

There's no confusing it for a petrol engine; there's a trademark gruffness to its demeanour, but it doesn't scowl and yowl as before, with refinement a key target with this new car.

That attention to detail has been liberally applied to the interior, too. The dash is more conventional with its single glovebox and revised switchgear that’s far more sensible and user friendly than the previous plasticky layout. The faux stitching and silver flecks also add some life, although we’re not sold on the mirror chrome elements on everything from the door handles to the gear selector. 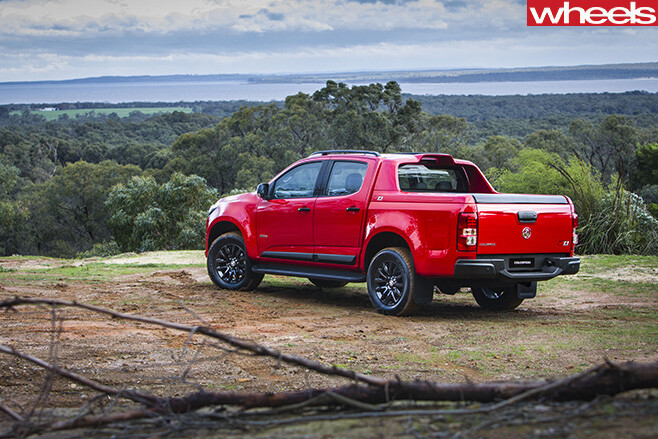 Value, too, has copped a kick in the right direction, although setting foot in a dual-cab 4x4 is more expensive, courtesy of the $44,990 sticker for the LS with its vinyl floor and steel wheels. Still, at least you get a reversing camera, digital radio and Apple Carplay and Android Auto connectivity as standard.

And while the flagship Z71 still misses out on dual-zone climate control and smart key entry, its leather seats and snazzy black exterior touches (as well as the body coloured sail plane) ensure the $54,990 price tag (plus $2200 for an auto) is on the money. There’s also a crash warning system (it doesn’t apply the brakes) and lane departure warning (its beeping is frustrating on a country road). Those leather seats aren’t anything special; they could do with more lateral support, and the steering wheel is in desperate need of reach adjustment - if only to bring the indicator stalk closer to its rim.

Not perfect, then, but nothing in the vastly-improved ute class is. At least now Holden has an offering that can fight with the big boys.