Before the E90 M3 came along and brought the V8 with it, BMW were already putting eights in their M3s. Just very, very few of them.

Three E46 M3 GTRs are believed to exist, and M Division now owns all of them.

From the outside, it just looks like a slightly crankier E46 M3, but under the bonnet… 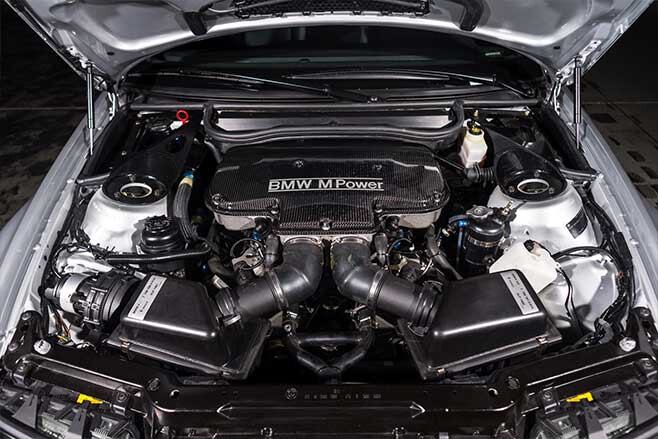 It could accelerate to 100km/h in 4.7 seconds – half a second faster than the normal M3. The reason for the use of the V8 being that BMW intended to build the GTR as a homologation-type car for the American Le Mans series, though BMW never met the deadline for production of street-legal cars, so the race version was made ineligible.

With a goal of 10 cars, BMW probably would have struggled not only to build the extra seven (or so) in time, but also to sell them. They were priced (back then) at 250,000 Euros. 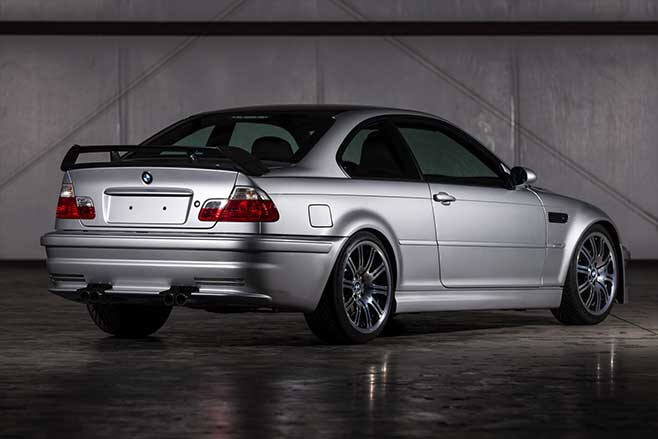 As well as the V8, the GTR differs from regular M3s in that it has racing seats, no rear seats, a lack of sound-system and bodywork to make it lighter – the roof, spoiler, and valances are made of carbon fibre.

Underneath, a wider track and stiffer suspension give the car proper race credentials, as well as 12.8-inch cross-drilled vented disc brakes with compound callipers. 19-inch alloy wheels were borrowed from the regular M3.