IF ARNOLD Schwarzenegger challenged Sylvester Stallone to a mid-1990s Venice Beach flex-off, there still wouldn’t have been as much rippling muscle as when we pitched the 2018 Ford Mustang GT against the Chevrolet Camaro SS in Los Angeles last January.

The mission was to get an early glimpse at how the battle might play out when the iconic pair bump gloves in Australia for the first time later this year and, boy, was it a close fight.

In the Blue corner, the Ford’s incredibly strong and sophisticated 5.0-litre V8 and relative everyday practicality stacked up a convincing case for the pony car, while the Camaro fought back from the Red corner with a razor-sharp chassis and looks that can make babies cry.

We crawled through LA traffic as it set like concrete, snaked through Hollywood’s gilded laneways and blasted out into the surrounding canyons before winding up the two day 16-cylinder muscle festival at a quintessential American diner.

READ NEXT: The 2018 Holden Commodore: From Melbourne to Sydney and back

For a taste of the stunning scenery, balmy Californian climate and, of course, a pair of thoroughbred tyre-destroying machines, here’s a handful of the pictures that we couldn’t quite slot into the cover story. For the full experience, presented in print, pick up the March edition of Wheels that’s on shelves for another week.

And if these shots of a Camaro and Mustang fighting it out on American blacktop gets you excited, then you’re in for a treat when the brace of bruisers get into the ring for a round-two rematch Down Under in July this year. 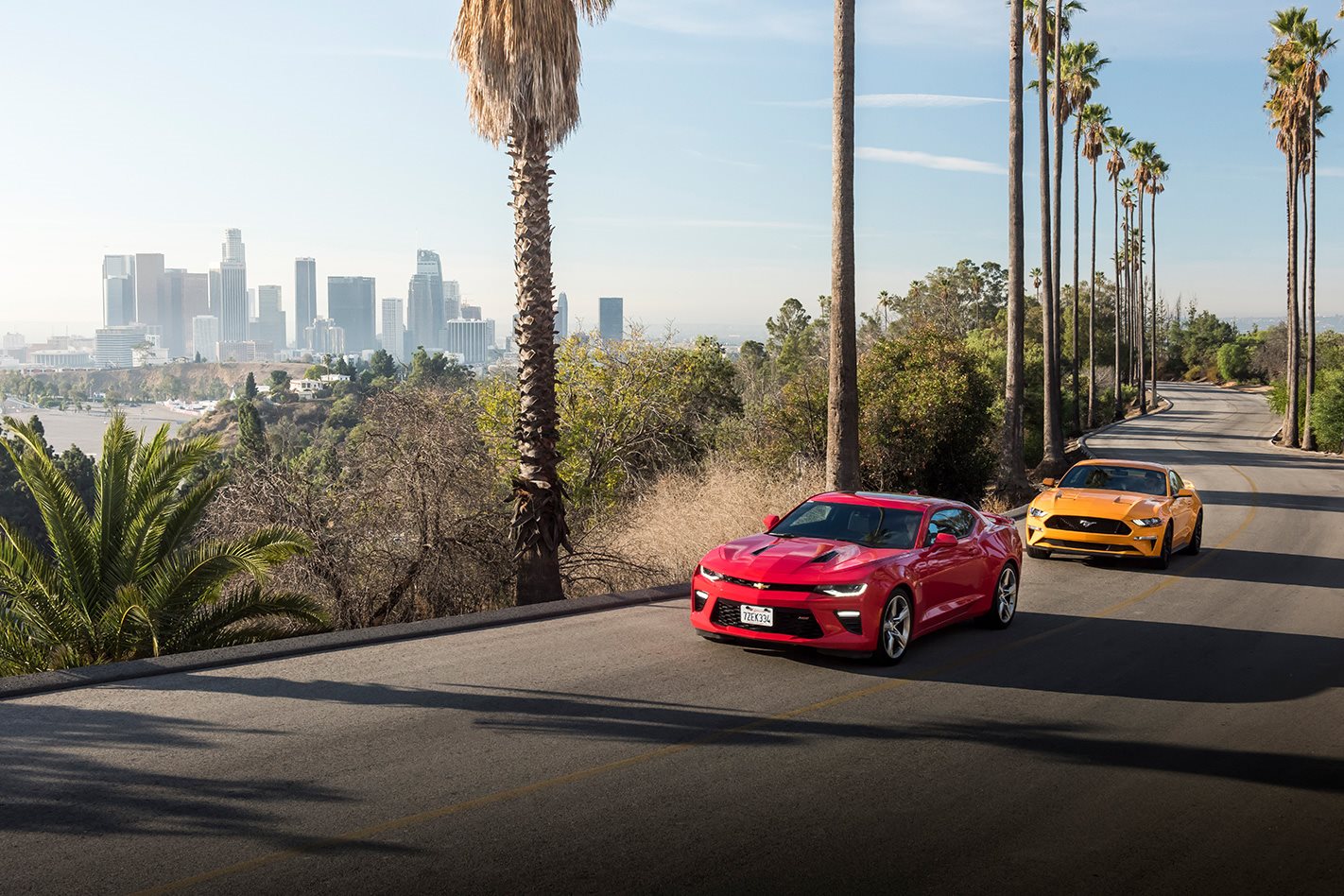 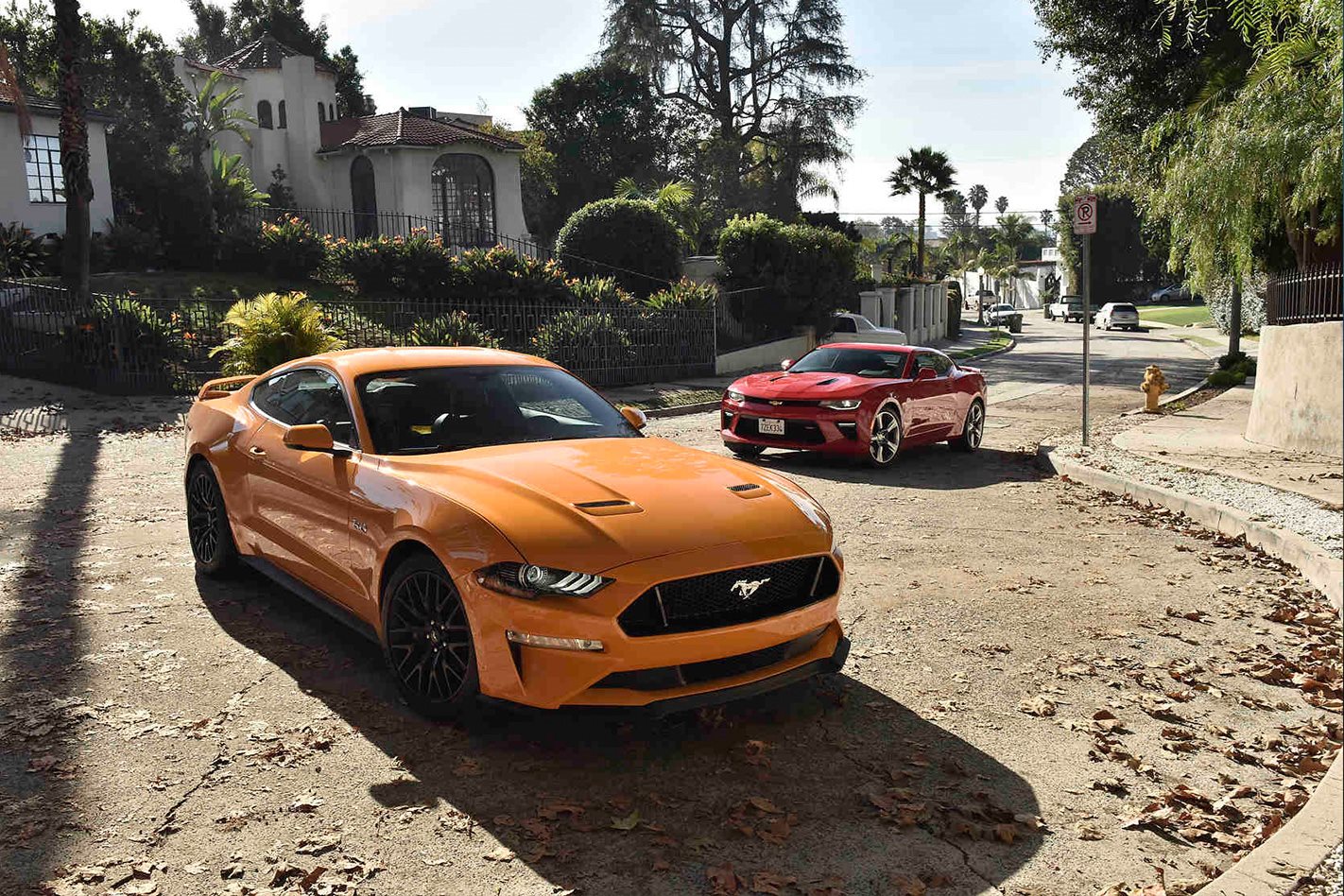 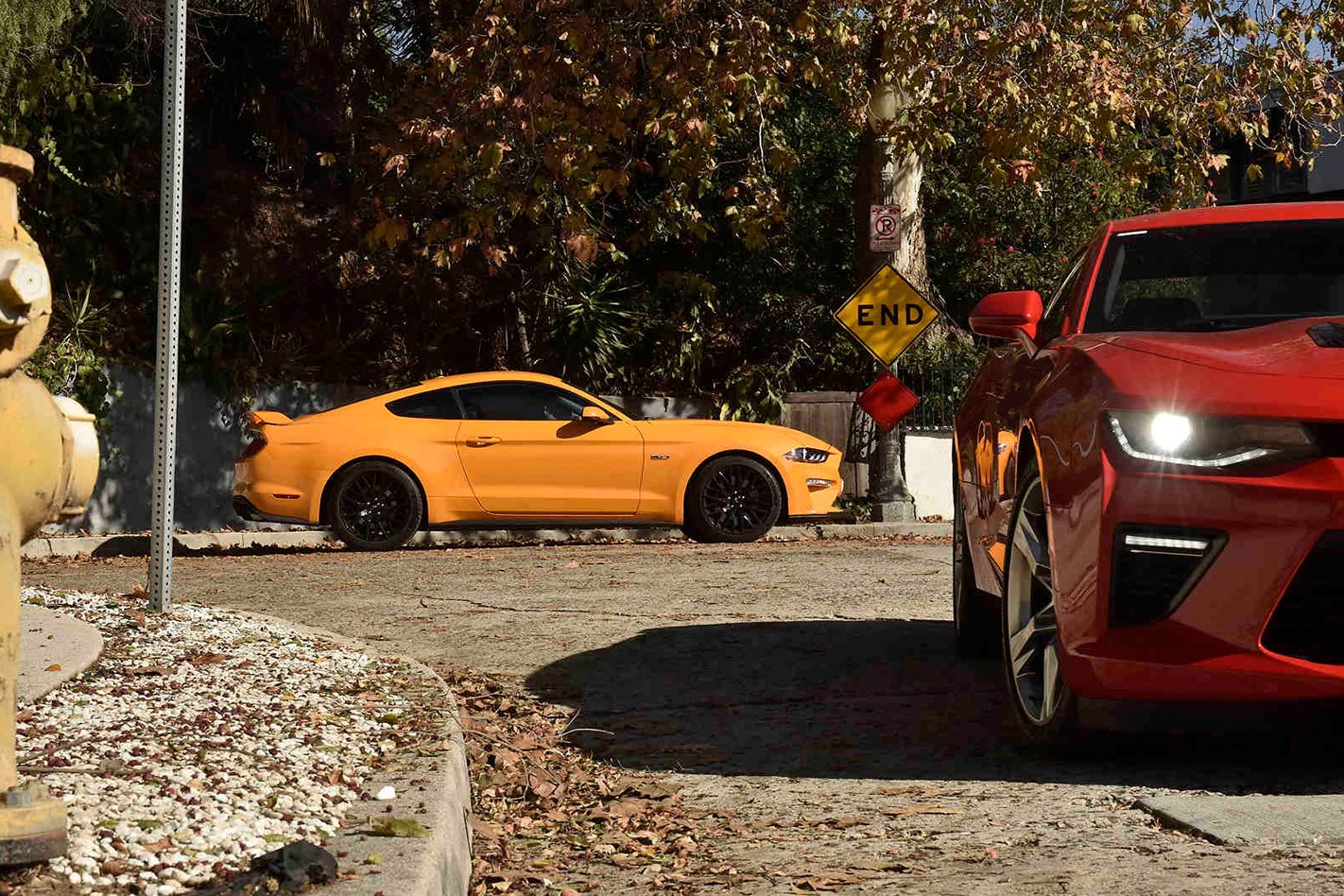 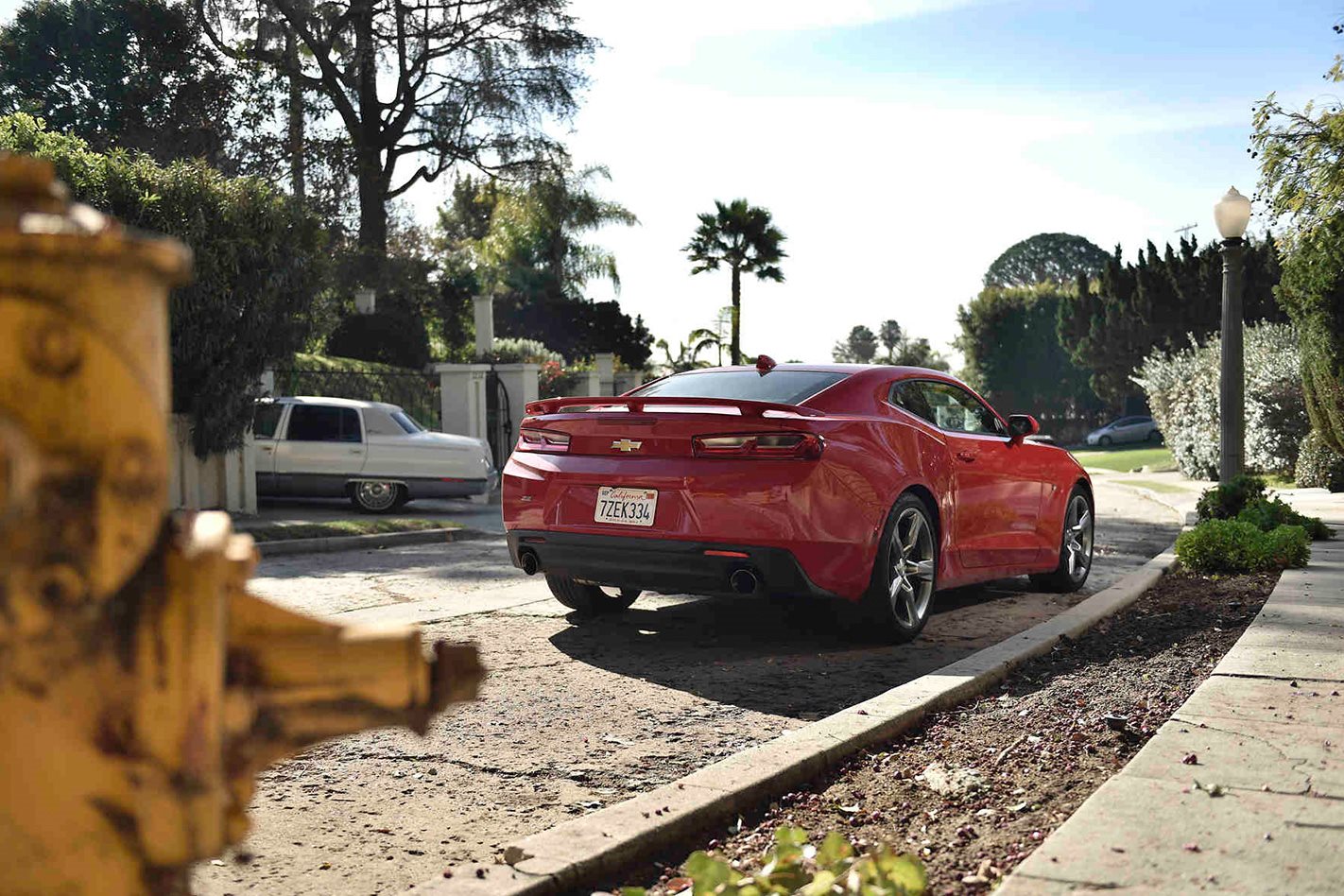 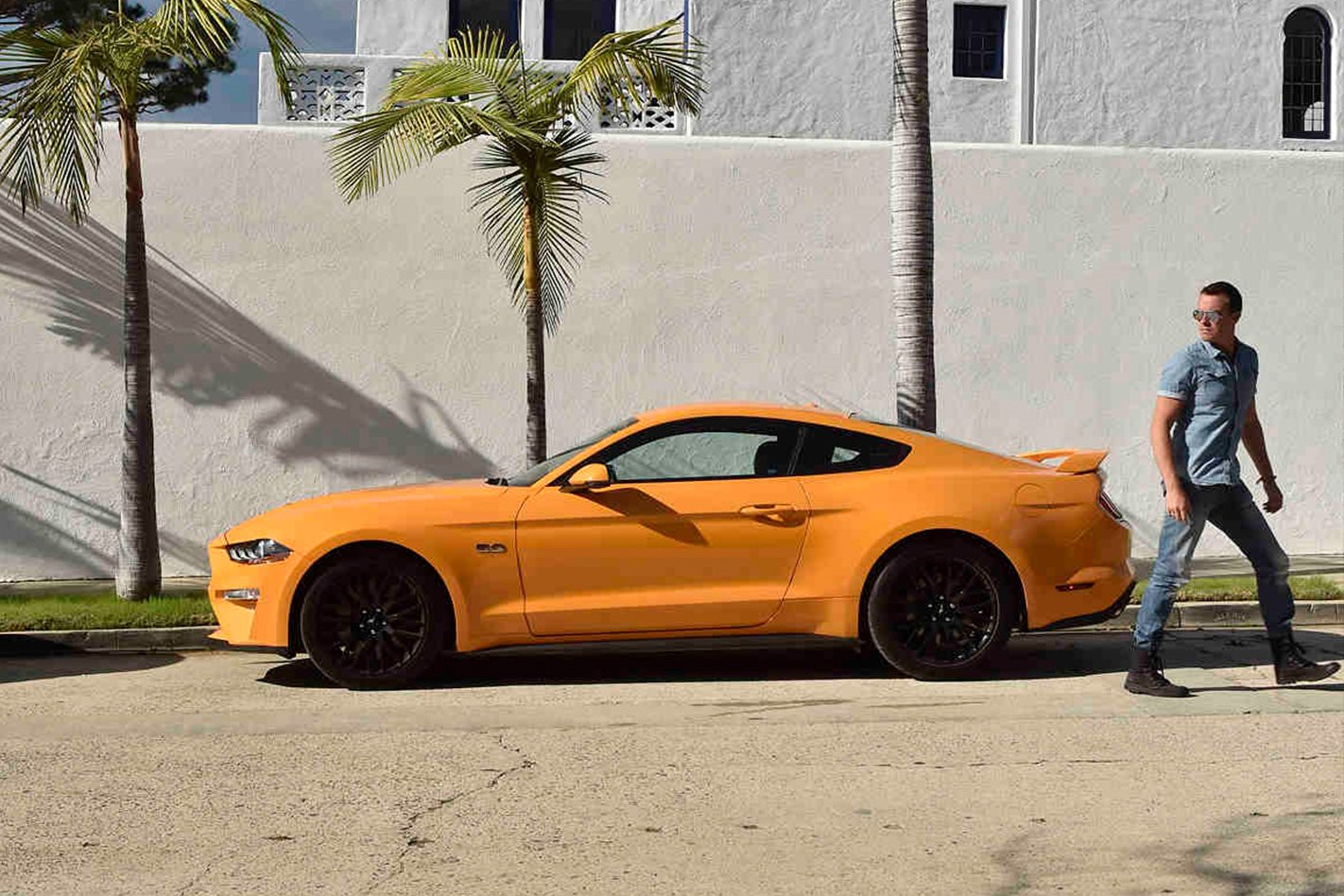 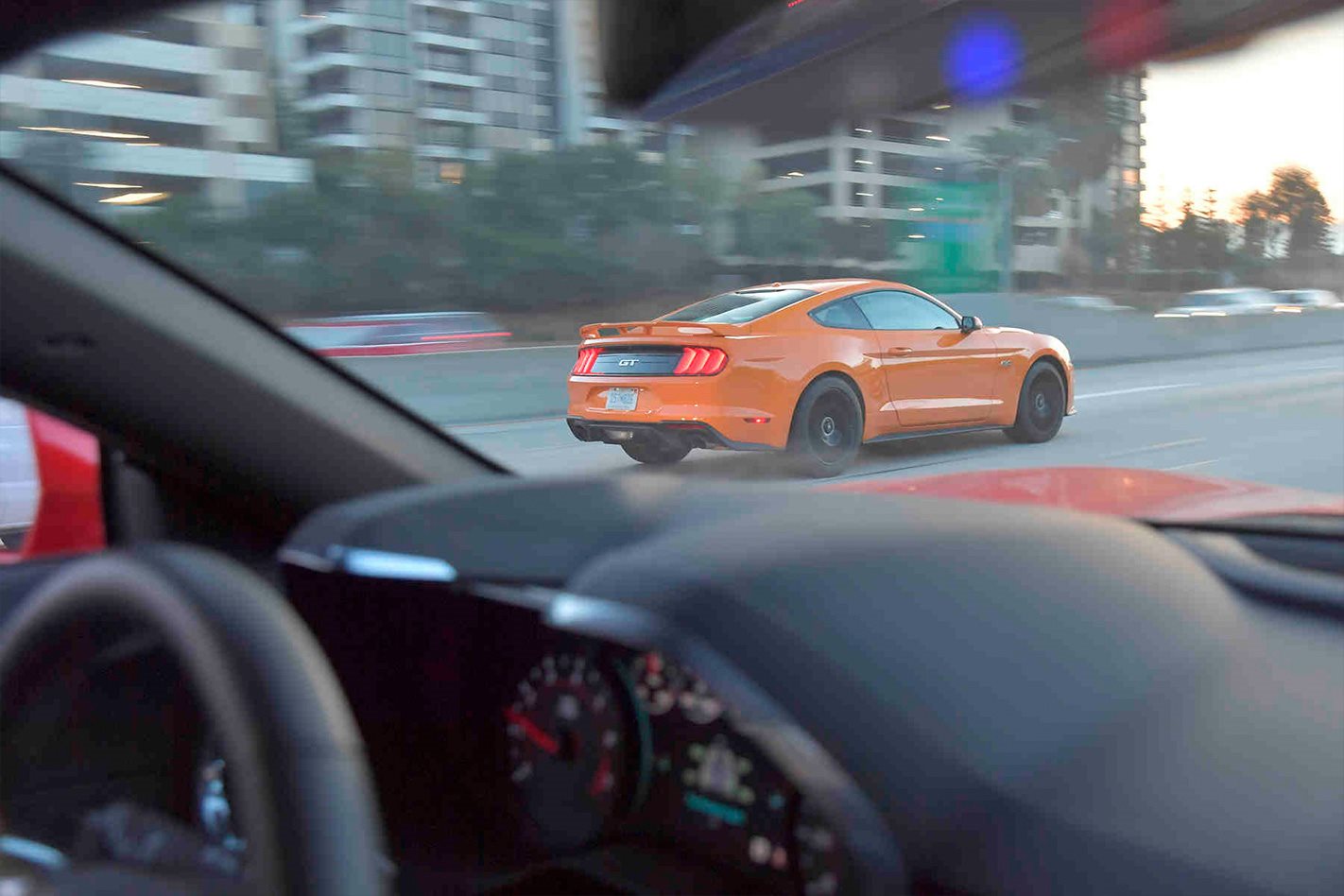 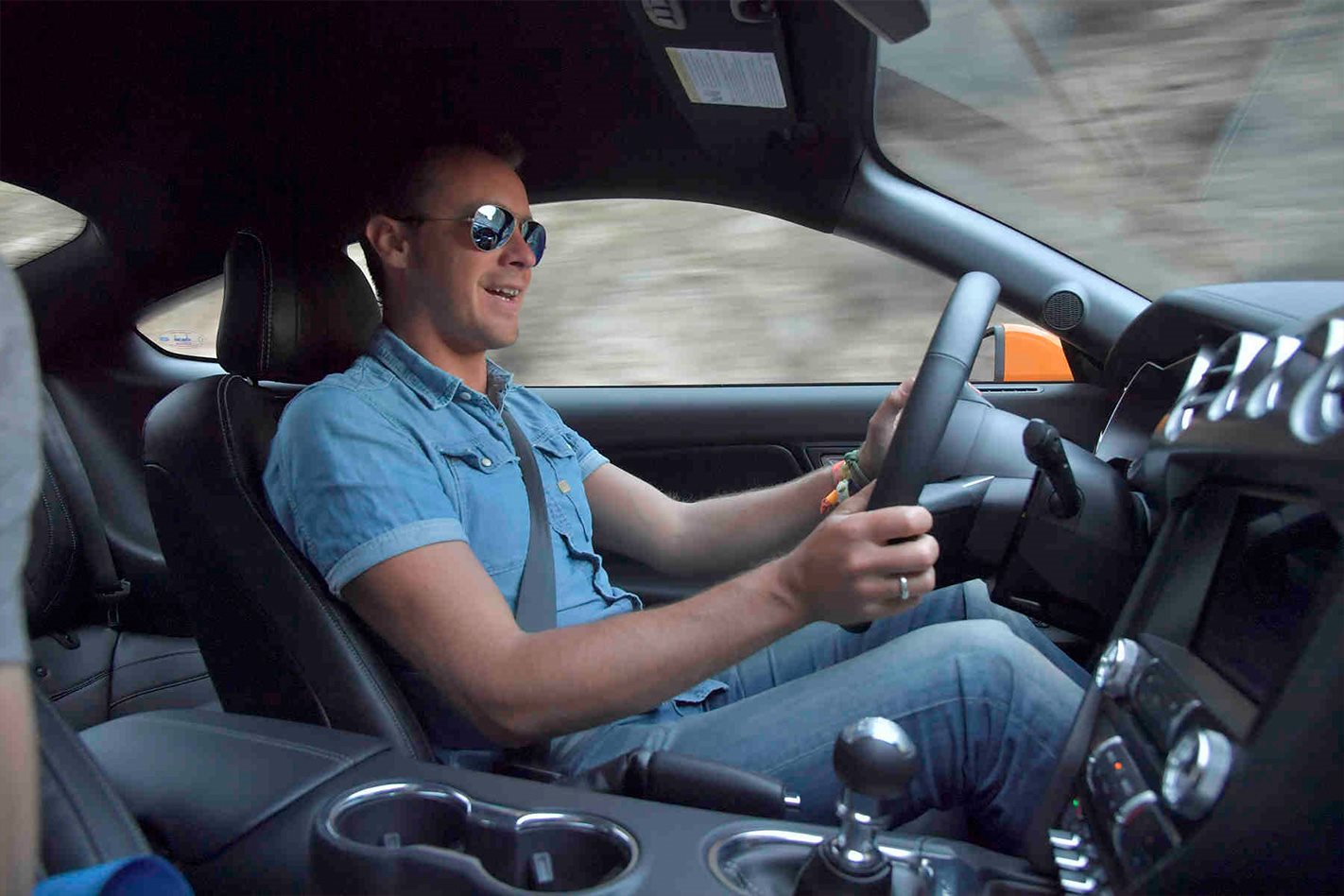 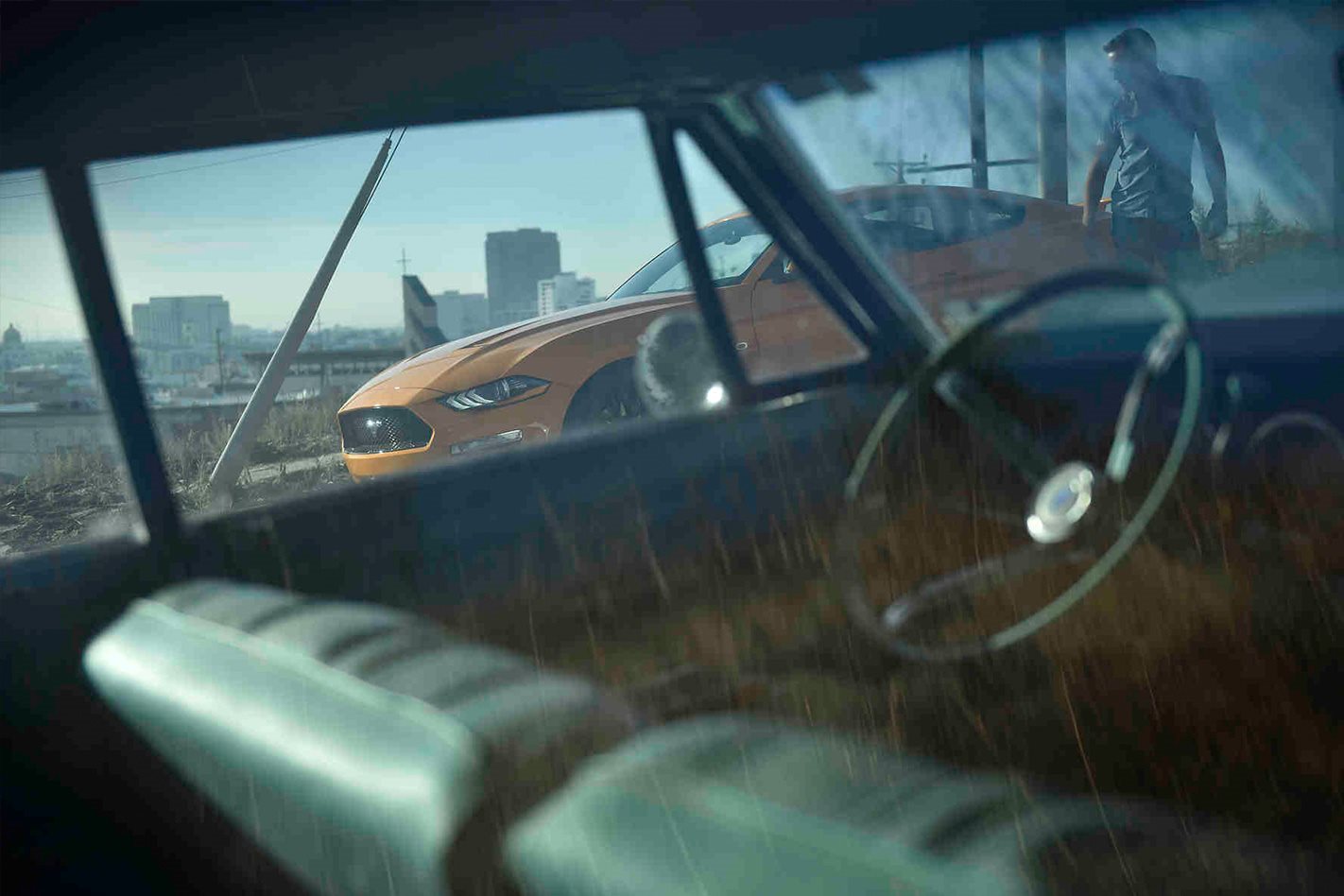 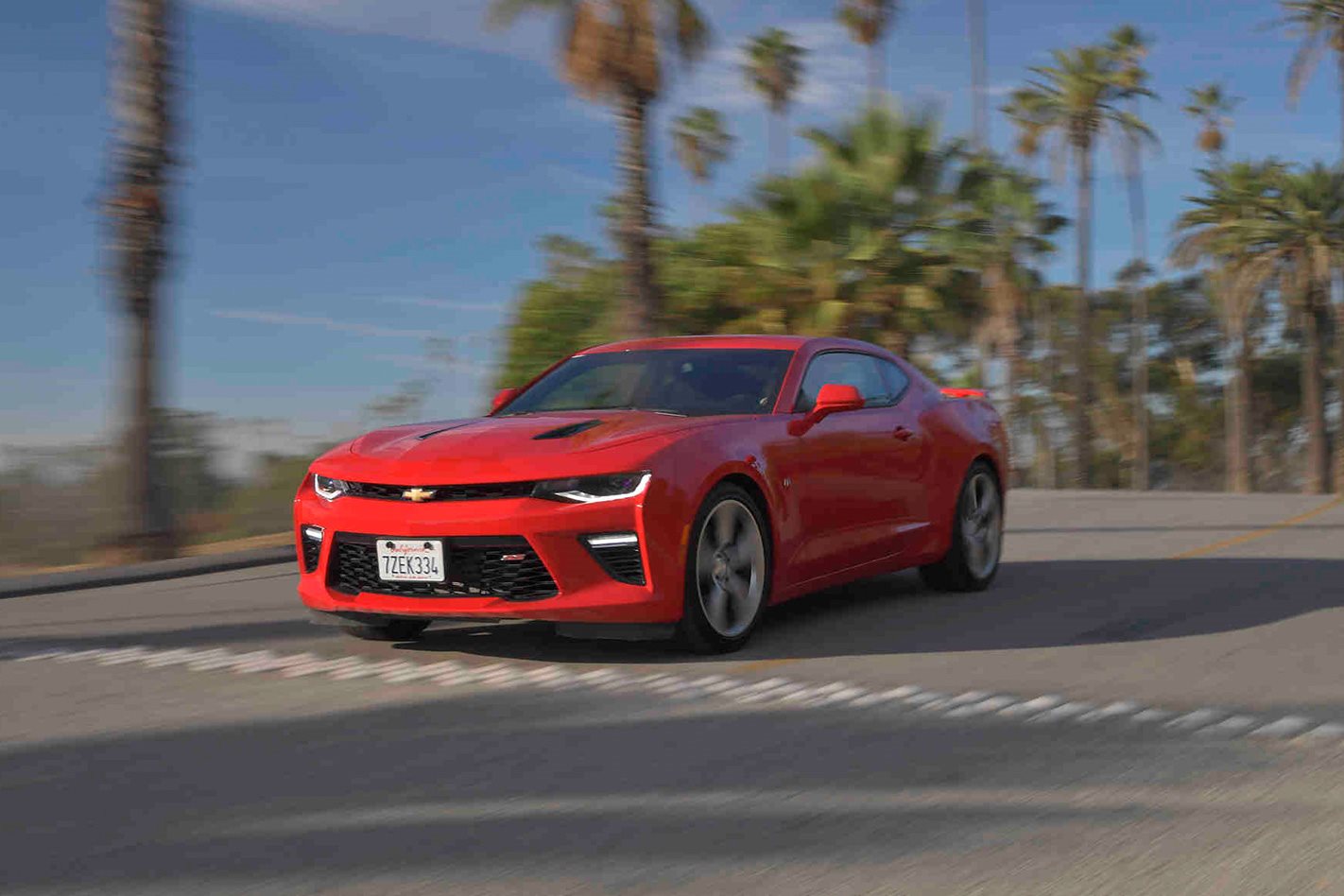 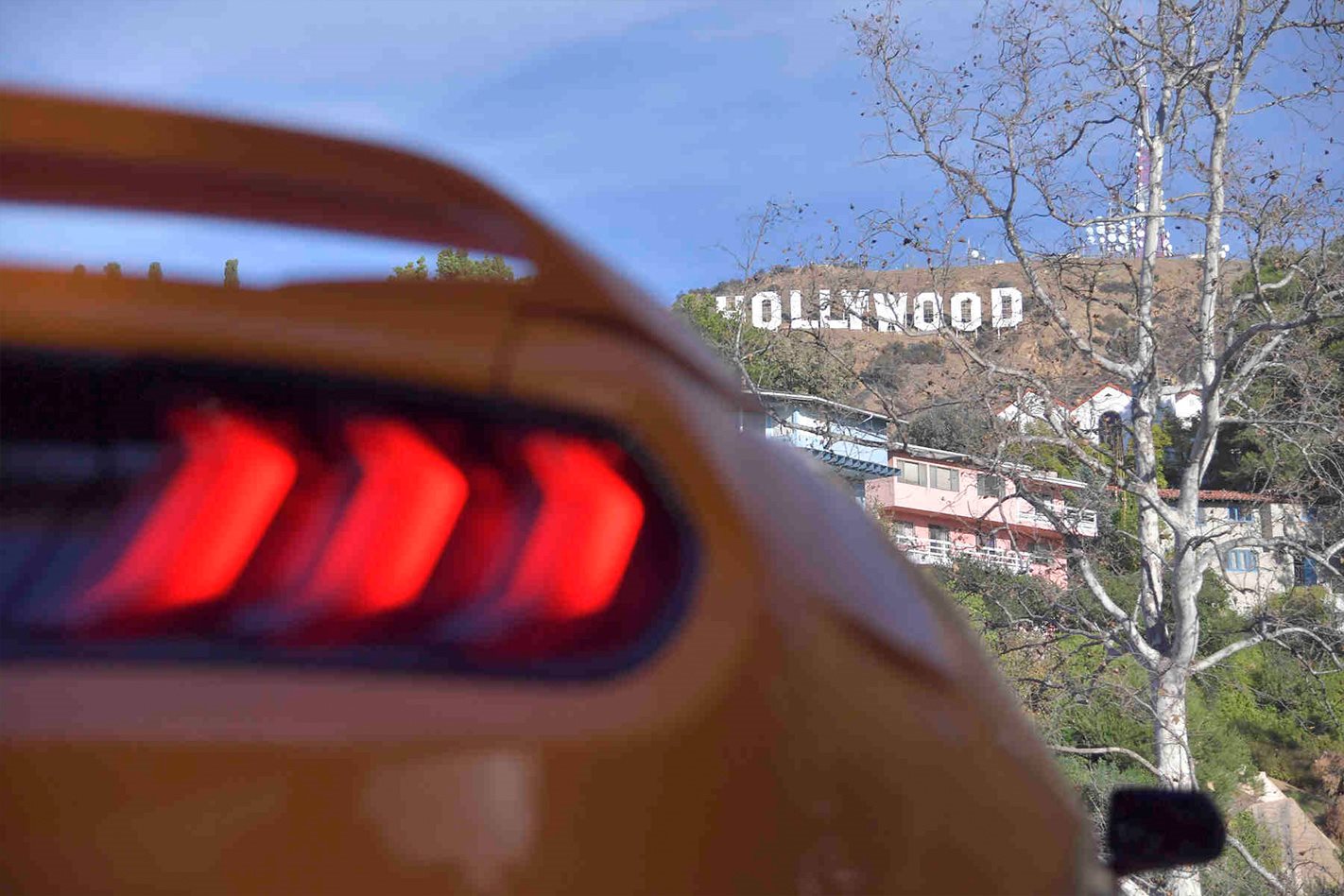 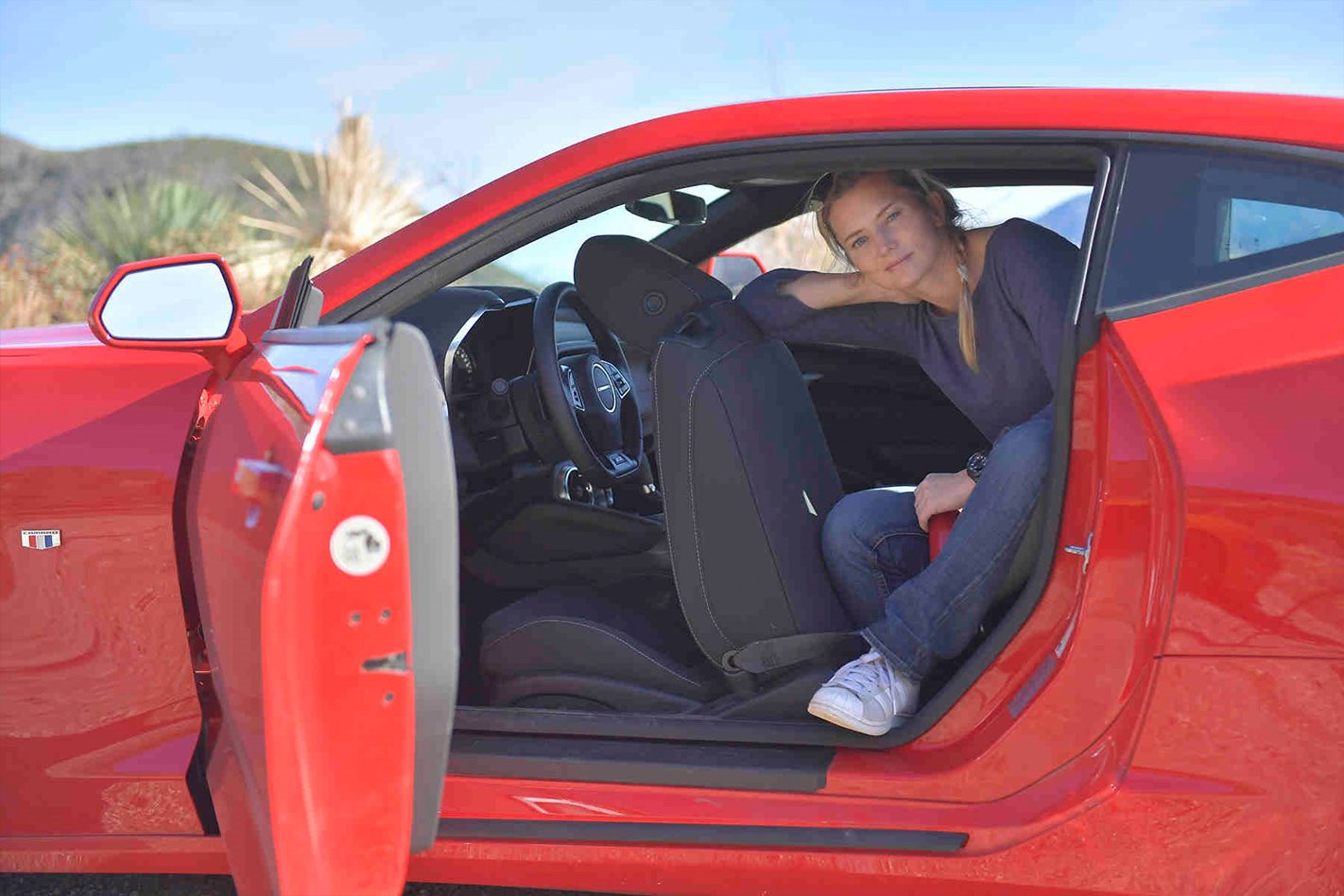 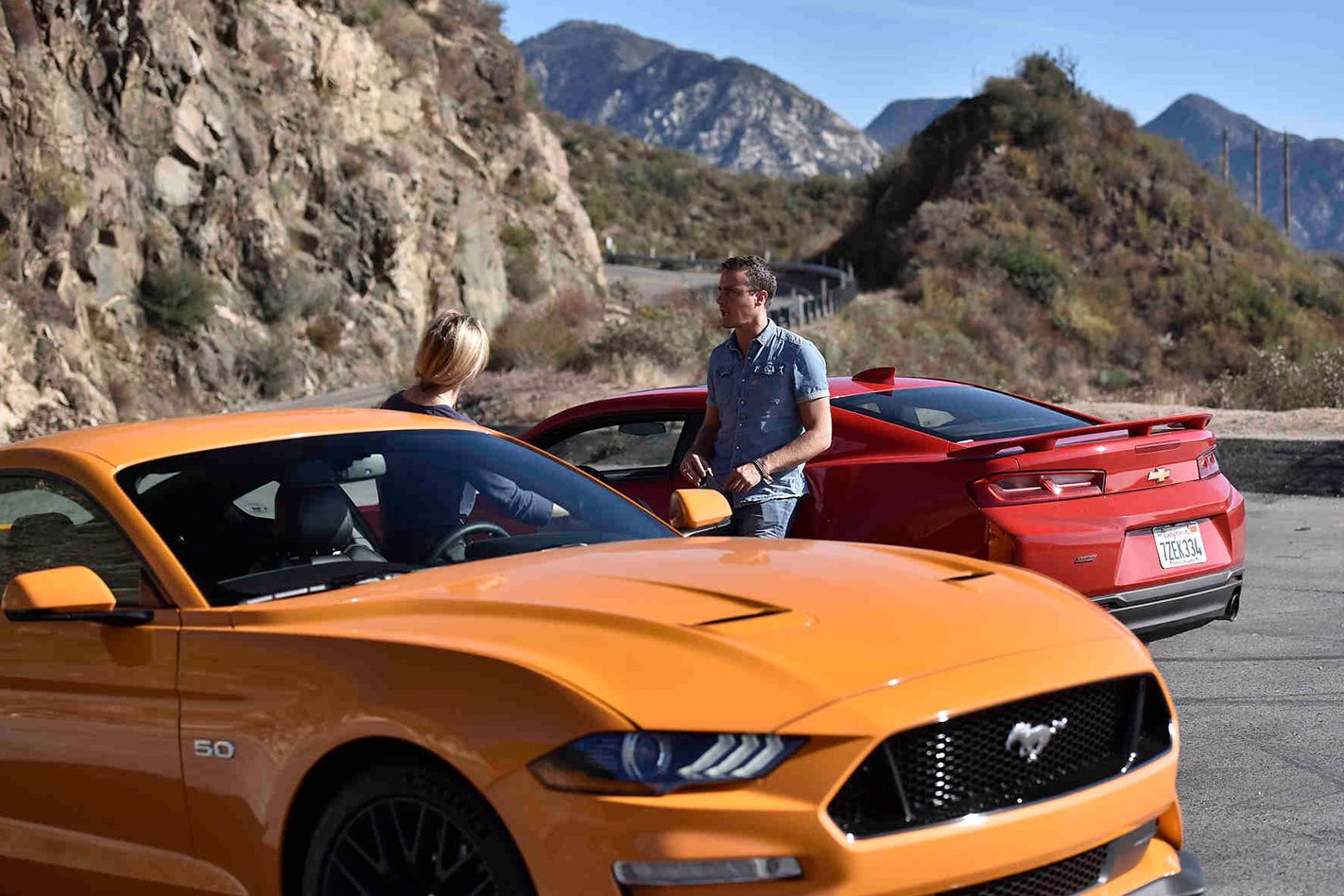 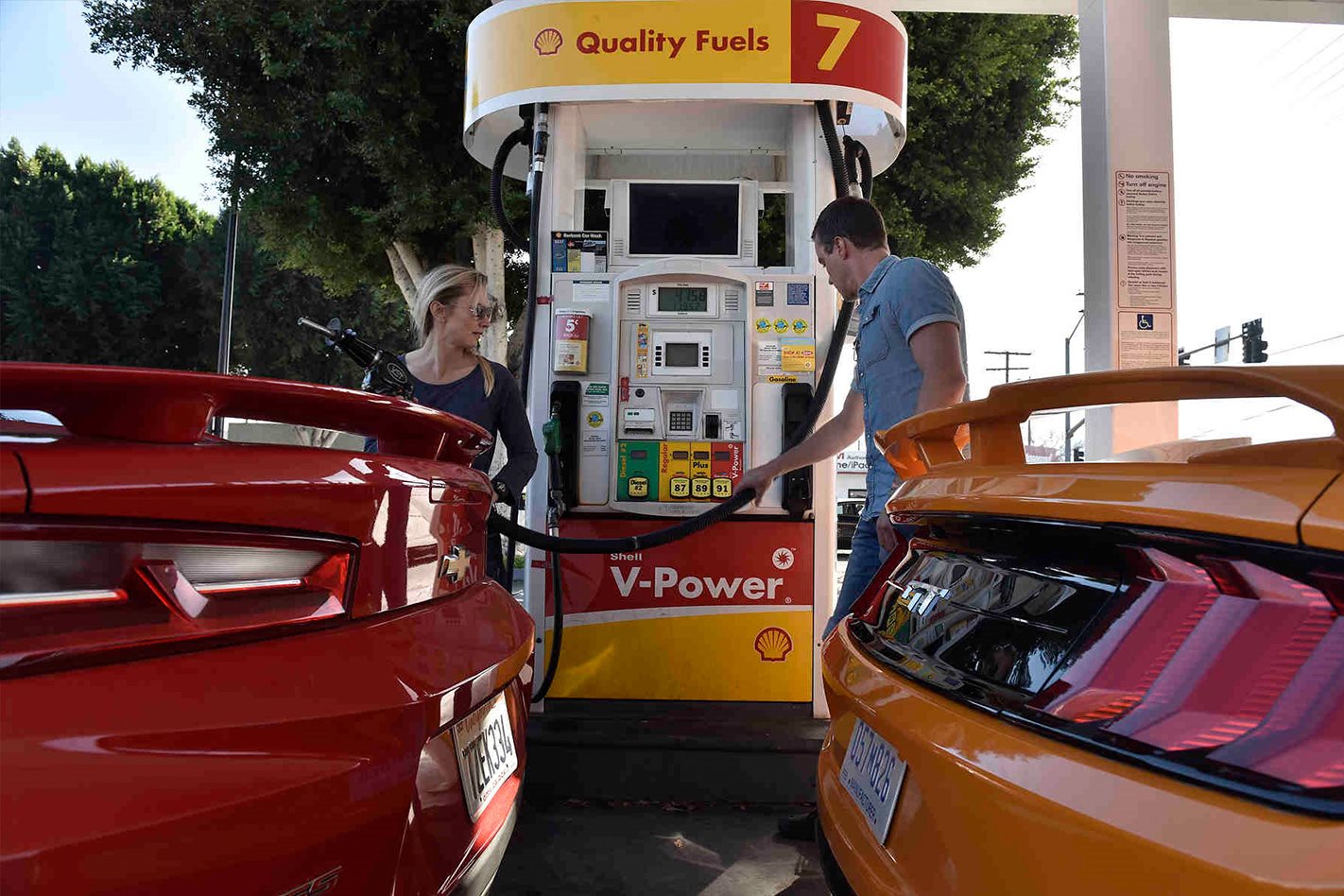 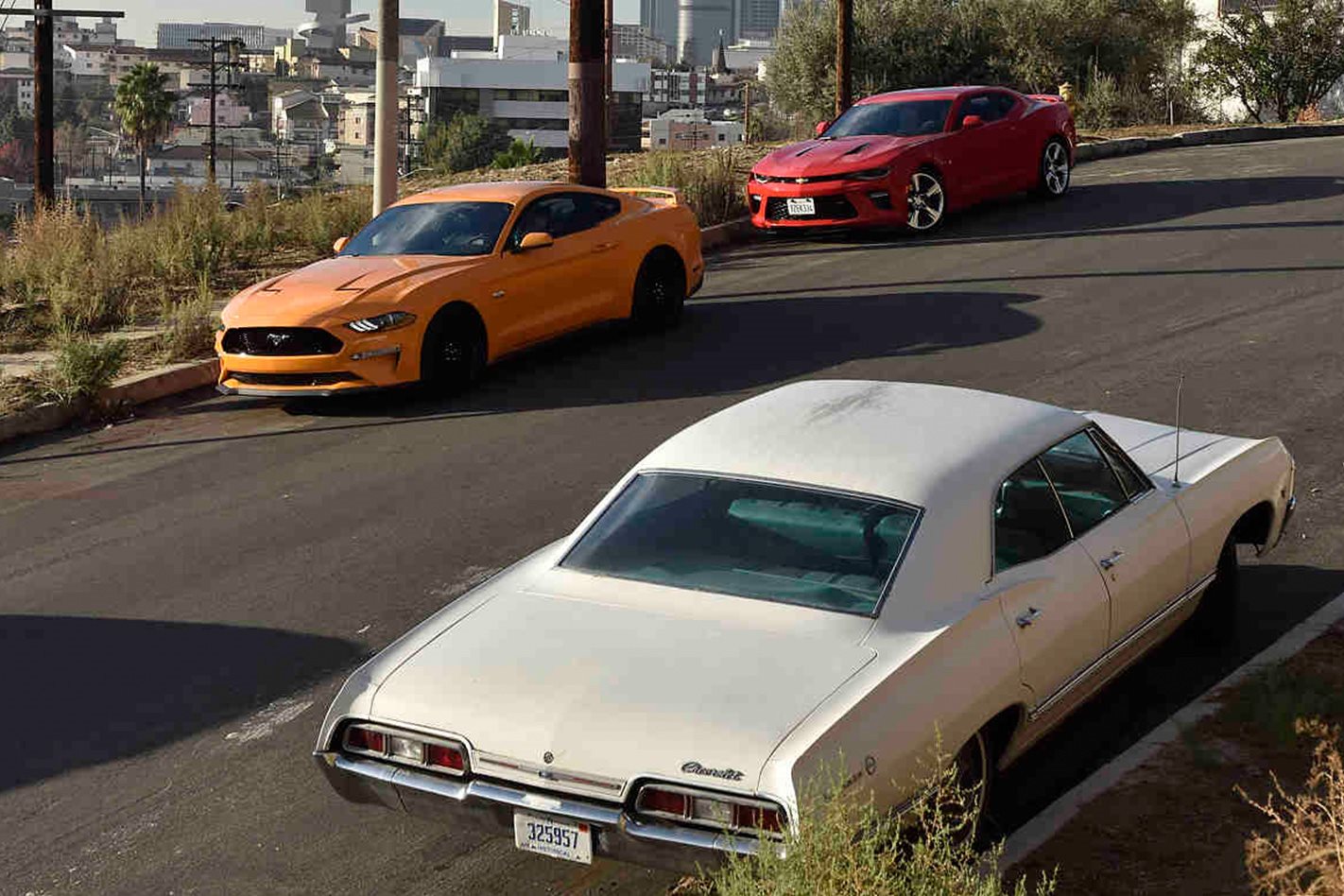 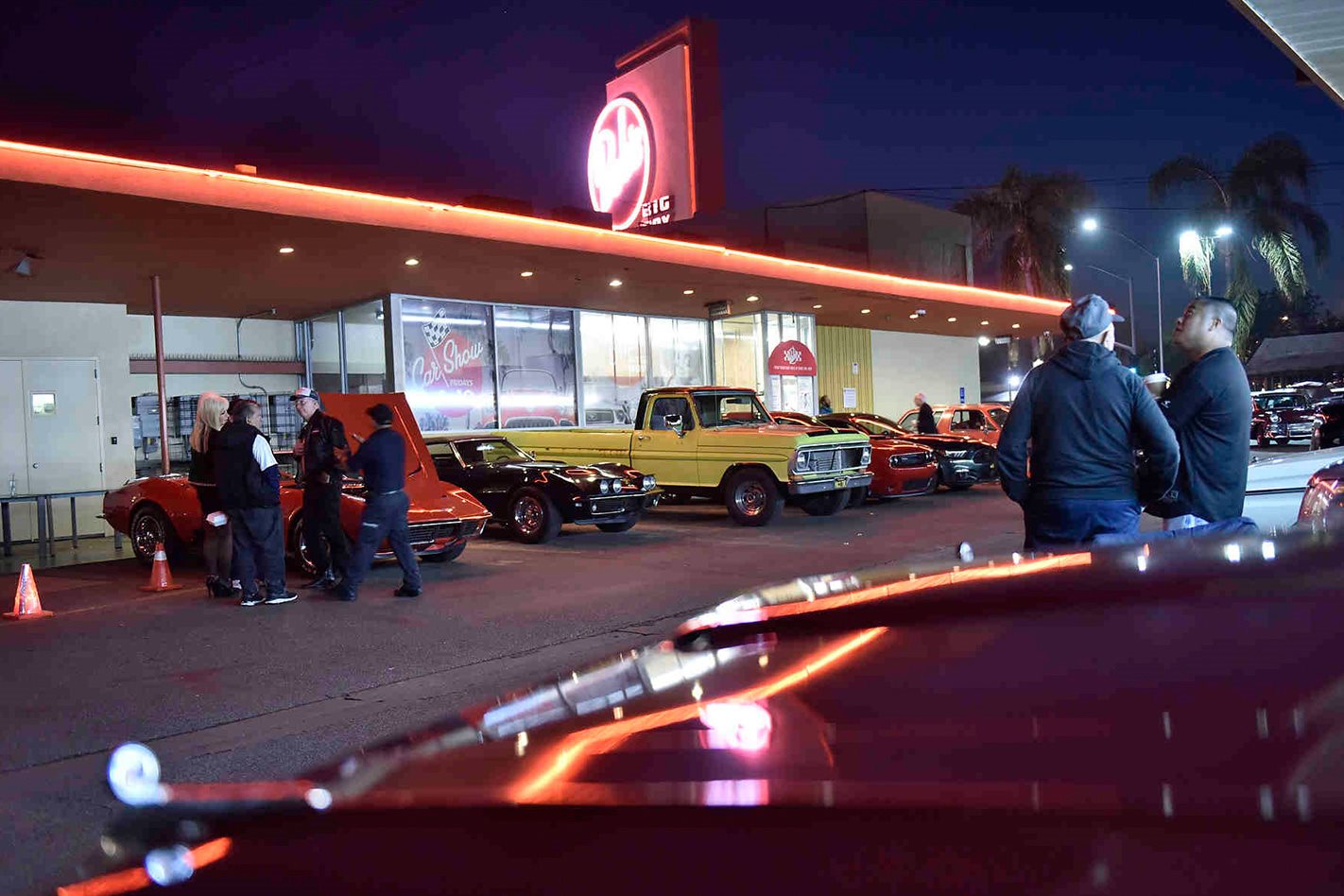