MODERN RACE cars have a reputation for being about as closely related to their road-bound equivalents as Politicians and the truth.

Categories like the World Rally Championship and our own domestic Supercars are filled with cars that look like road registered vehicles, but share little, if any, DNA.

GT3 racing is bucking that trend, championing the idea that the cars filling the grids share the same backbone and heart as the road versions with which they share an outward likeness. 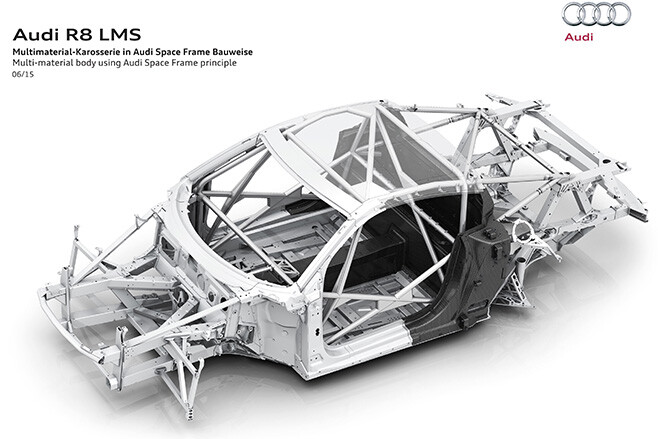 This weekend’s Bathurst 12 Hour is the pinnacle of GT3 competition in this country, with more than 30 of the cars filling the top half of the 50-strong grid. Seven of those cars are factory-backed Audi GT3 LMS race cars, so we thought it a perfect opportunity to get under the skin of the cars, and see just how much the GT3 racer and the street legal, $389,616 V10 plus Coupe are alike.

Both cars start life on the same production line, with their base chassis being built in a new manufacturing facility at the Böllinger Höfe industrial park in Heilbronn. The GT3 chassis is fitted with aluminium cast joints and a steel roll cage, but is otherwise identical to the road car. 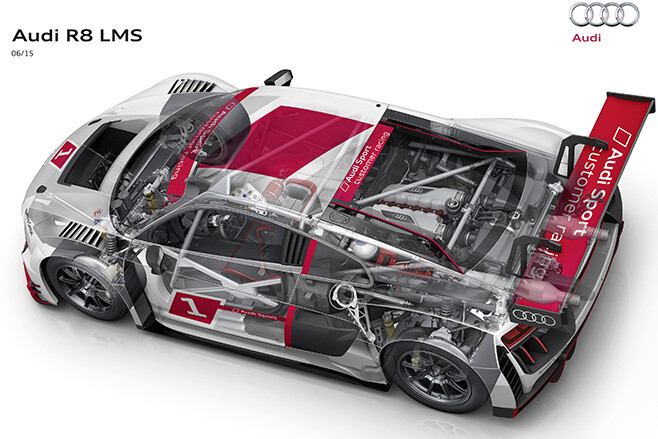 The 430kW 5.2-litre V10 that powers the GT3 car is also built on the same production line as those found in the road cars. In fact, the two engines are essentially the same, save for the addition of an air-restrictor to meet GT3 regulations and a new manifold to cope with the added stresses of racing in the LMS.

Audi boasts it uses production parts in the R8 LMS wherever possible. The major changes for the GT3 racer are the loss of all-wheel drive, the addition of wishbone suspension and carbonfibre bodywork, and a different six-speed gearbox. A stripped-out interior, bigger brakes, slick tyres, and racing aero complete the transformation to a vehicle capable of racing for 24 hours non-stop. 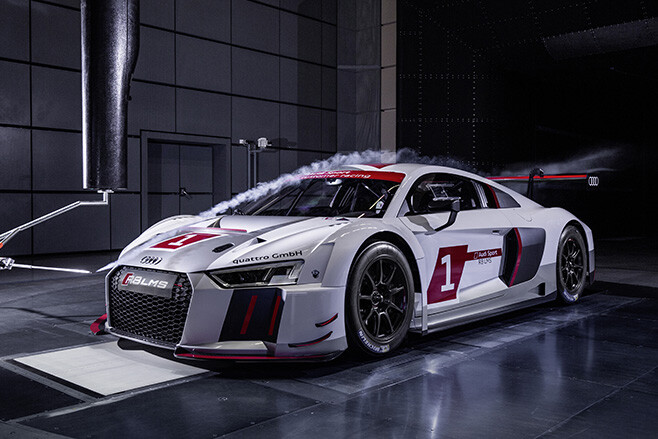 GT3 racing has ushered in a new era of bedroom-wall poster champions, where the racing cars carry the same DNA as the road-going versions, providing young boys around the world with hero cars to adore.

It is also invigorating manufacturers to return to the crucible of motorsport, allowing them to display their road engineering on the biggest tracks across the globe.

Sure, we can’t all go out and buy an Audi R8, but the win on Monday, sell on Sunday mantra is back – and the racing is bloody brilliant to boot.