What happens when you really need 430kW and 740Nm combined with wagon practicality, but HSV refuses to build it? Simply create your own GTS Tourer, of course.

HSV may have lobbed its GTS-R and GTS-R W1 sedan swansongs, but for many VE and VF Commodore buyers the Sportwagon is the tastiest bodystyle of all. Yes, HSV already builds a Clubsport R8 Tourer with a 6.2-litre supercharged V8 engine and 410kW/691Nm, but then that’s 20kW/49Nm off the pace, isn’t it? For one bloke it just wouldn’t do. 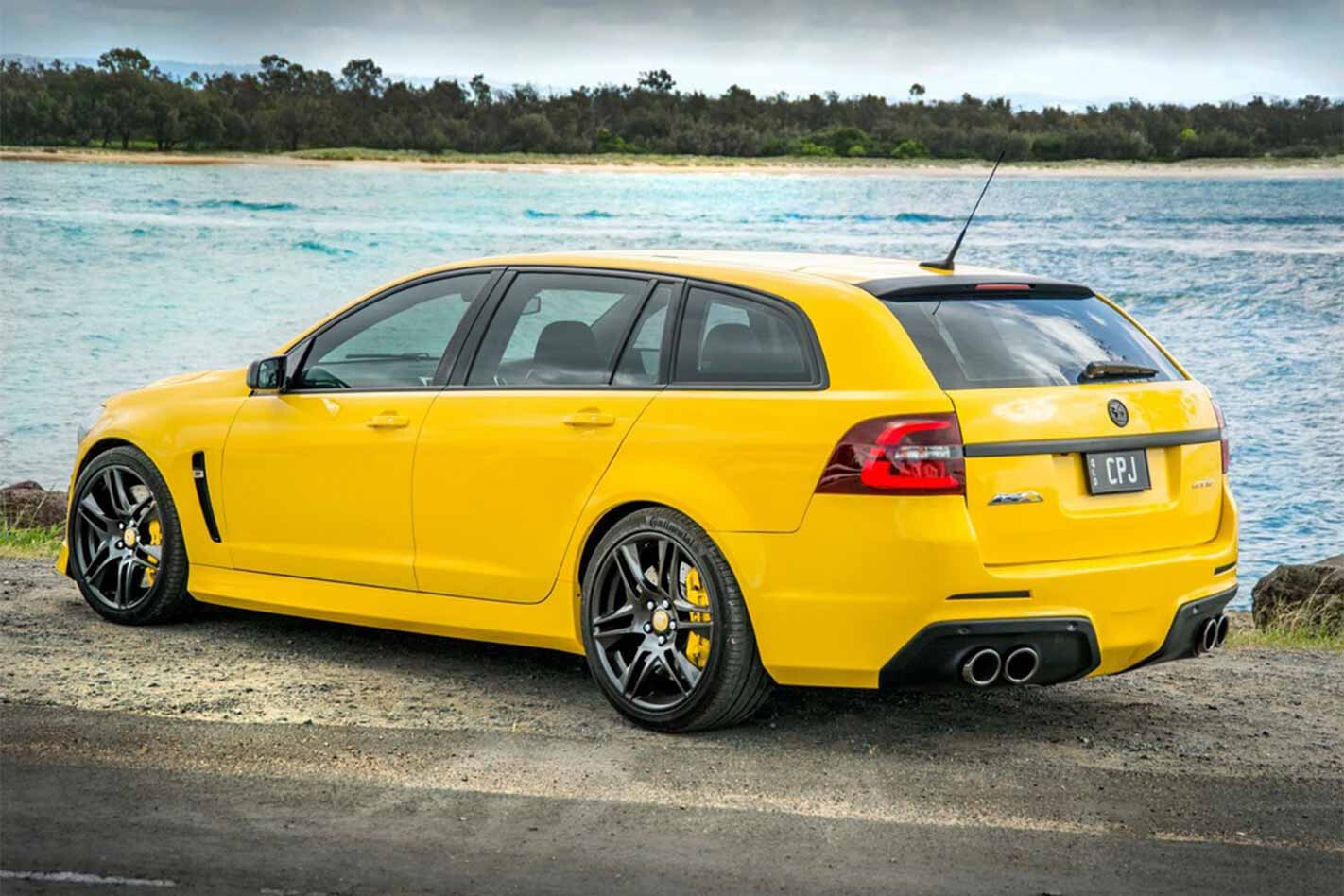 Australian LS1 and Holden Forums contributor ‘Cobalt’, otherwise known as Chad Johanson from Havoc Performance Garage, instead combined the parts from a legitimate GTS sedan with the practicality of a Commodore Sportwagon, and rest assured this is no clumsily prepared backyard hack-job – even if the description seems that way.

A $3000 VE Commodore Omega Sportwagon was first purchased from auction and stripped clear of everything beyond the bodyshell. A $30,000 Gen-F GTS was also bought, lightly damaged at the rear only but with the tyres and chunky differential intact. Over the course of 18 months from late 2015, the two were merged right down to the crafting of a unique GTS Tourer rear bar. The original bodyshell was painted yellow – not available in the Gen-F or Gen-F2 catalogue – while the spare wheel cavity had to be reconfigured in order to fit the rear suspension from the donor sedan, which loses a spare.

Painstaking attention to detail has been catalogued on the Australian LS1 and Holden Forums right down to overcoming the problem of the body control module thinking it’s a sedan, and therefore refusing the activate the rear wiper unique to the Sportwagon. And poaching paddleshifters from a later Gen-F2 update model and then syncing them up. 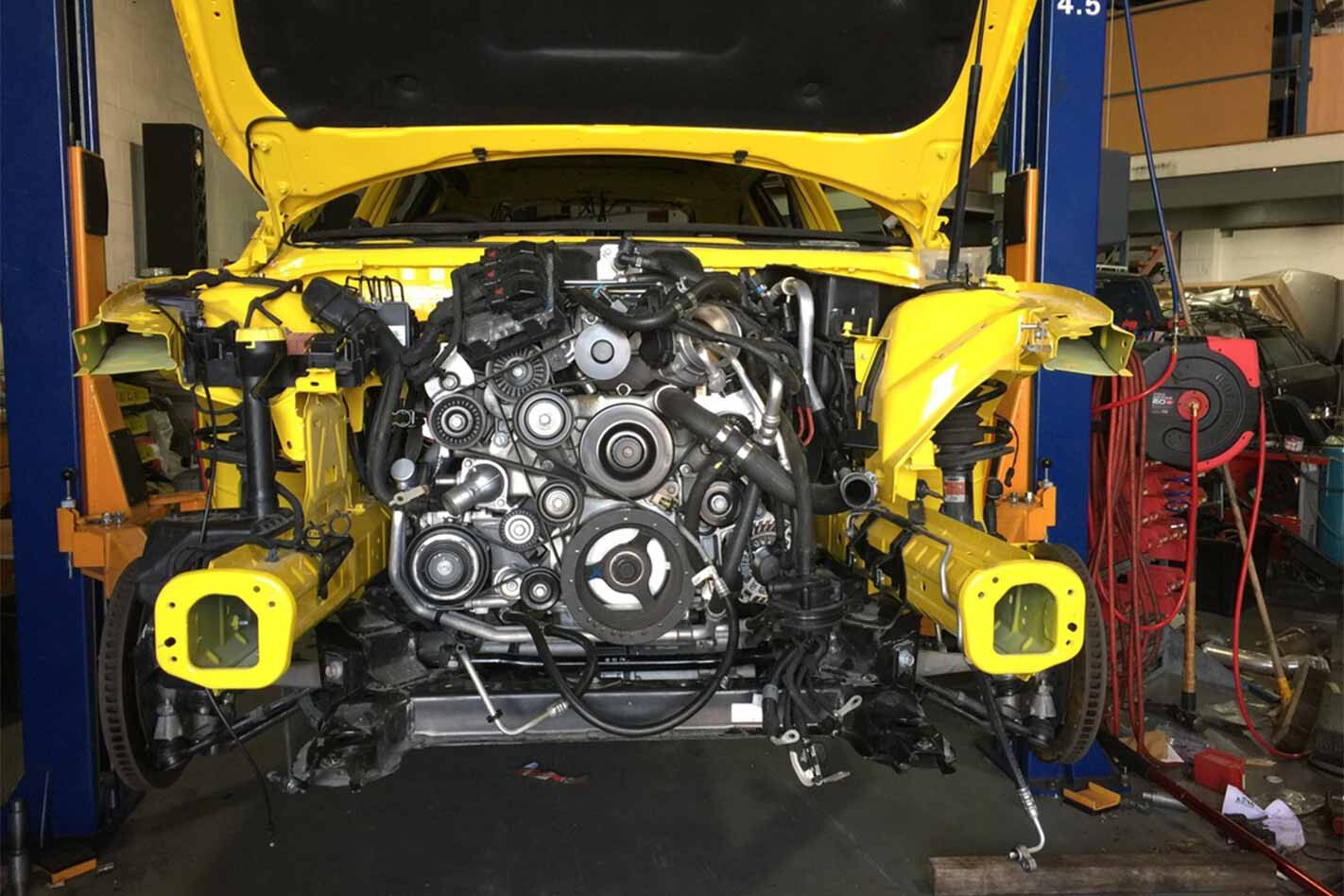 There are also a few firewall wiring mounts that differ between the VE and VF generation, according to the converter, owing to the complete change in electrical architecture between the locally developed (VE) and globally poached (VF) systems. But learning how they operate and can be interchanged is almost as fascinating as the build project itself.

At a recent Muscle Car Masters event, Supercars driver James Courtney awarded the bright yellow GTS Tourer as pick of the show and best modified VF (or Gen-F) model. HSV apparently told Courtney – who has had his fair share of Sportwagon family cars – it couldn’t be produced. But one bloke has done it, and it’s bloody convincing.