I don’t usually travel into NSW during Christmas or Easter, or any other time when double demerit points apply.

The thought of losing half my licence points at the hands of a predatory highway patrol just doesn’t do it for me. If you’re a NSW-based business that might be missing out on my vacation dollars because of this, feel free to mention it to your local Member.

However, I was recently in New South and managed to catch the latest road-safety-message TV advert. Now, I’m a huge fan of farce, but every other aspect of this ridiculous TV commercial made me want to climb through the screen, throttle the actors and then hunt down and hurt the creative team who generated this rubbish. What’s wrong with it? Glad you asked. Everything. 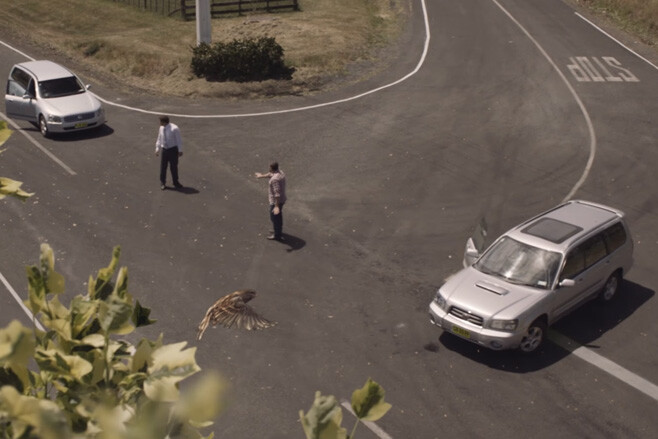 Unbelievably, this loathsome pile of crap throws the blame for the side-impact crash depicted right back on the guy in the right. Pardon? Yep, that’s what I said. See, the take-home from the advert is that it’s less anti-social to drive negligently than it is to be a handful of kays over the limit.

Allow me to explain: Dude A has reached a T-intersection where he is faced with a Stop sign. At the risk of telling you lot how to suck eggs, this means he must stop his vehicle and give way to any other vehicle on the road, particularly one he would be in danger of clobbering. Meanwhile, Dude B is trundling down the road from Dude A’s right, figuring that, since he has right of way, he can safely continue on his way. A not-unreasonable assumption and one we make every day on the road. You can probably guess what happens next: dude A fails to stop at the Stop sign and enters the intersection as Dude B approaches, and suddenly the two cars are on a collision course.

And here’s where it goes wrong for me philosophically. Thanks to the magic of TV, the cars stop in a suspended-reality moment and each driver steps from his car to chat about what’s going to happen next. Dude A (who has driven illegally through a Stop sign, remember) makes the statement that “it was a simple mistake”. Dude B seems to think this is fair enough and suggests that the whole ugly mess could have been avoided if he’d been driving a bit slower. W. T. F! 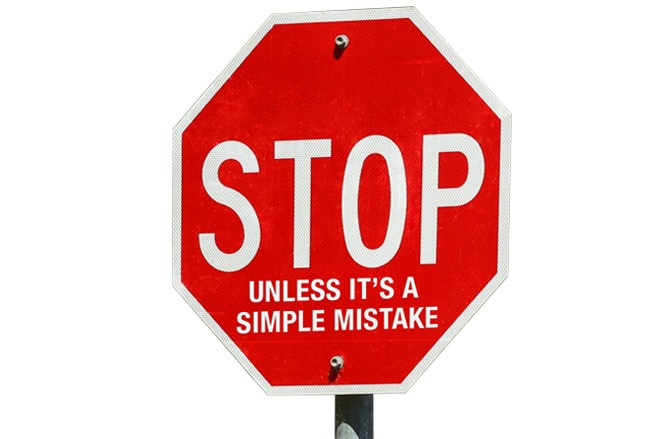 So here’s how, if I’m stupid enough to take this tripe at face value, I interpret what I’ve just seen: running a Stop sign is just a mistake we all make. But allowing my speedo to creep over the posted limit by a handful of kays is far more dangerous. More disturbing is the inference that the crash depicted was caused not by a driver ignoring a Stop sign, but by the other driver being six or seven km/h over an arbitrary speed limit. Wonder what a magistrate would make of that.

I could go on. Okay, I will. Dude B’s speedo was showing between 106 and 107km/h which, when corrected for the usual error, means he probably wasn’t speeding at all. But that’s kind of beside the point. See, the moment we take the responsibility off drivers to obey crucial road signals like Stop signs by describing such transgressions as “simple mistakes” then we open the floodgates to idiotic behaviour.

Makes me wonder who the cops would have booked when they attended this potential fatal crash. I hope it was the Stop-sign runner. And I hope it was during the school holidays so the twat scored double demerit points.