Porsche is synonymous with circuit racing success, most notably its 19 wins at the Le Mans 24 Hour.

It’s no stranger to winning on other surfaces, though, and recently confirmed its commitment to off-road pursuits with the release of the Porsche Cayman GT4 Clubsport rally car concept, pictured above, which performed safety car duties at this year’s Rally Germany. 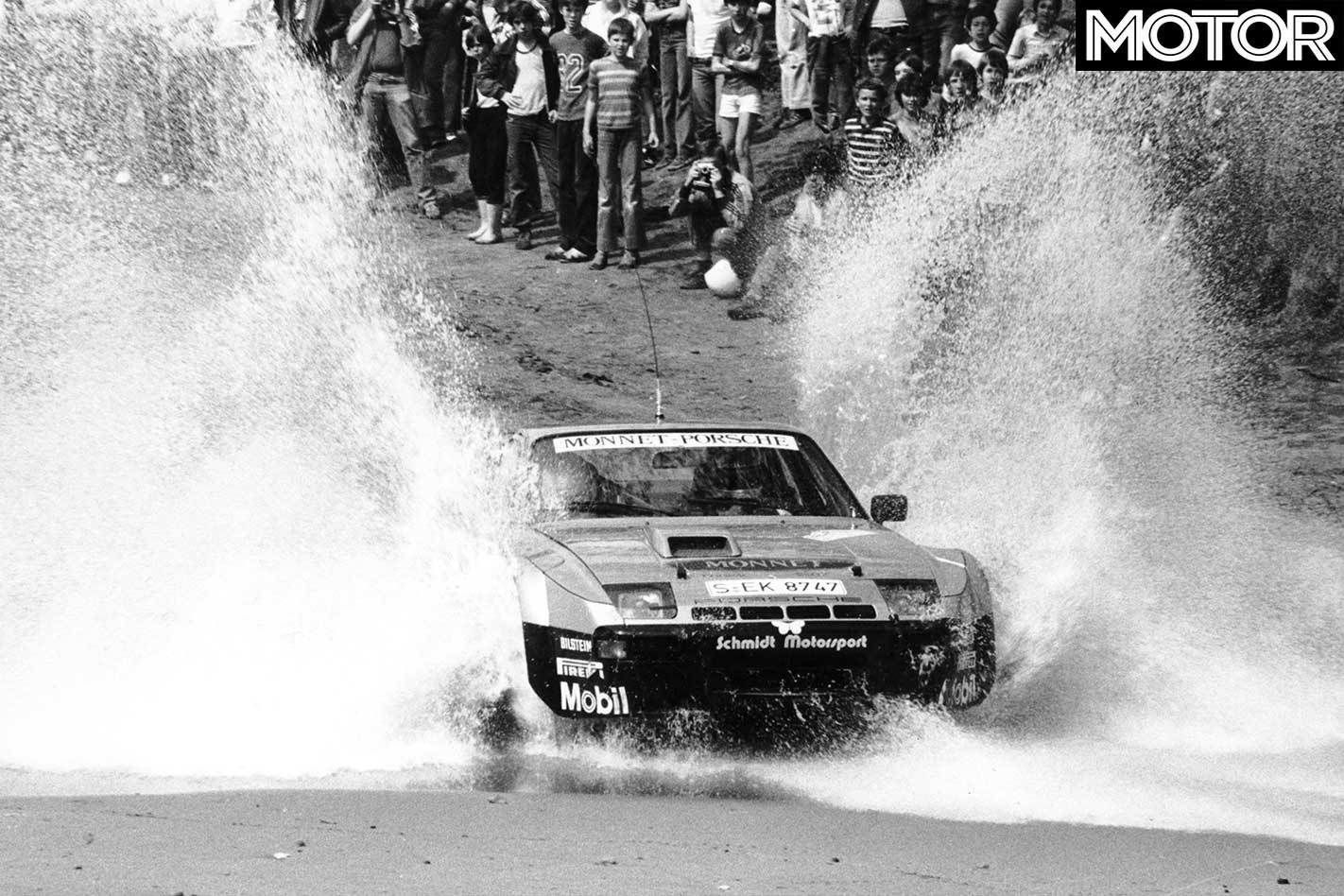 In 1980 Walter Rohrl won the World Rally Championship and immediately signed with Mercedes to spearhead its WRC campaign. Learning it was not going to be competitive, Mercedes cancelled the program, leaving the reigning world champion unemployed.

Porsche stepped in and Rohrl drove a number of German national championship rallies with a 924 Carrera GTS, a turbocharged homologation special of Porsche’s entry-level sports car. 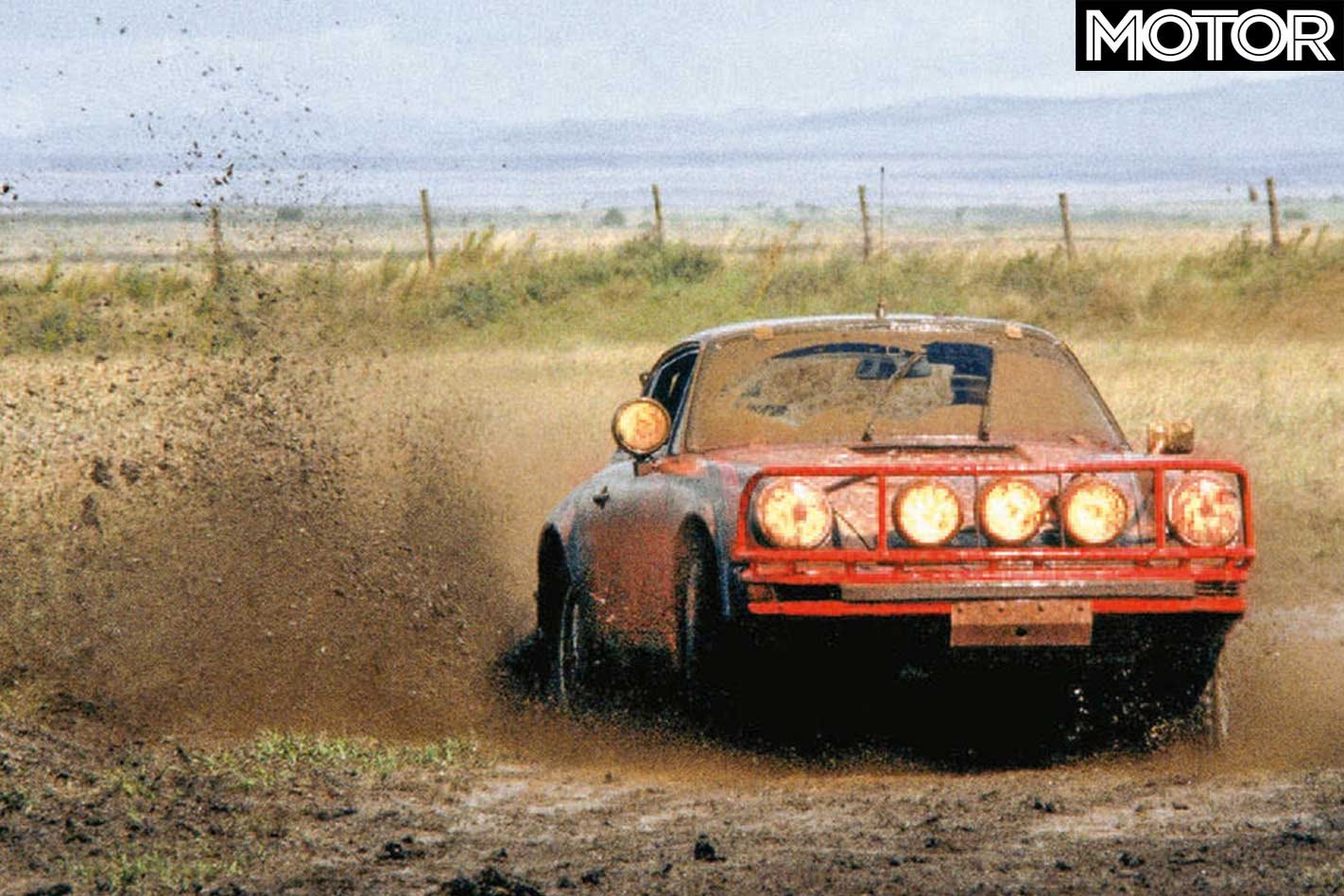 Porsche tasted success early in 1978, Jean-Pierre Nicolas winning the Monte Carlo Rally in a privately-entered 911. Meanwhile, the factory team had its sights set on the gruelling Safari Rally, held over 5000km of brutal East African terrain.

Two 911 SC 3.0s received lifted suspension for 28cm of ground clearance, a reinforced bodyshell, underbody protection, a 110-litre fuel tank, 16-litre water tank and 20-litre oil tank. Sadly, the best they can do is second and fourth, a Peugeot 504 taking victory in the hands of – guess who? – Jean-Pierre Nicolas. 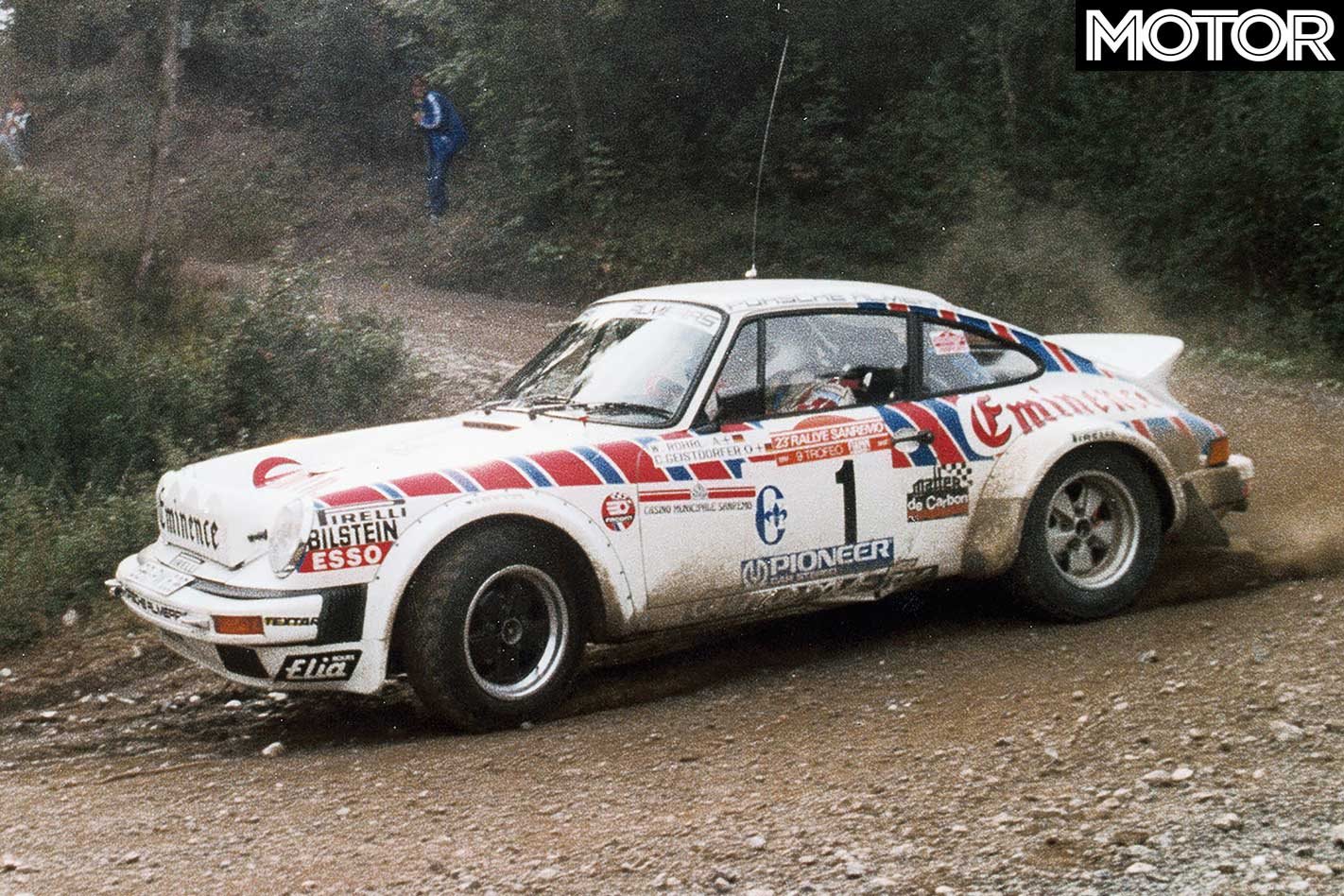 Walter Rohrl’s Porsche outings in 1981 gave him an idea: would it be possible to beat the all-conquering, all-wheel drive Audi Quattros in a two-wheel drive car? A 911 SC 3.0 was prepared for the mixed-surface (gravel and tarmac) San Remo Rally.

Rohrl led after the early tarmac stages but the Audi’s traction advantage took over on gravel. Nonethless, the 911 didn’t lose as much time as expected but sadly a final charge never eventuated as a broken driveshaft forced retirement.  Rohrl rated the breakdown as the most disappointing in his whole career, but would drive the car 30 years later at Targa Tasmania. 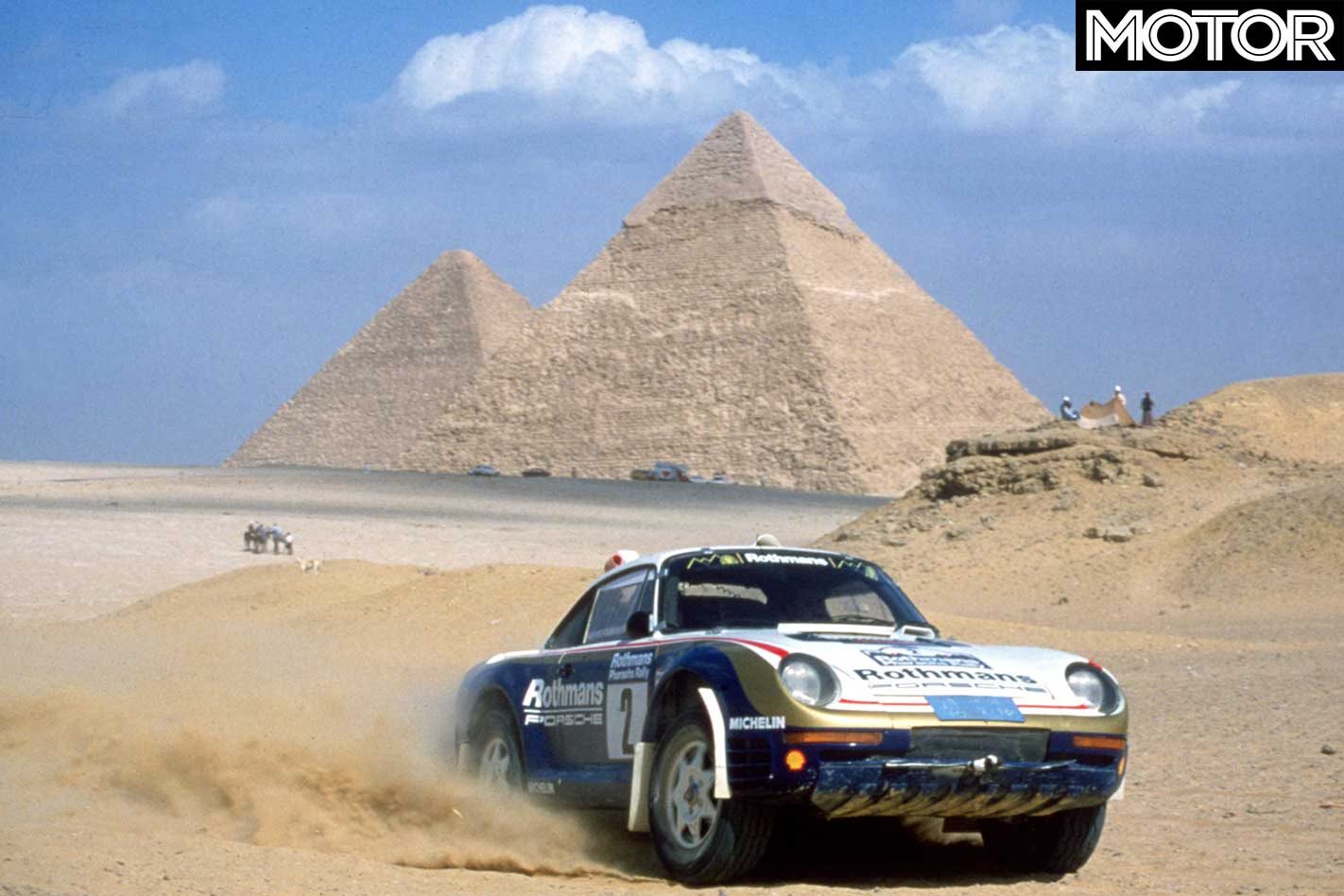 With the cancellation of the Group B racing regulations, which had been the intended home of Porsche’s new 959 supercar, the company turned to endurance rallying to prove the talents of its high-tech wunderkind.

In the news: 959 Paris-Dakar heads to auction

Porsche had won the 1984 Paris-Dakar in a 911 RS/SC 4x4, but after an extensive 1985 test program, including victory in the Rallye des Pharaons (pictured), two 959s were entered in the 1986 Paris-Dakar, Rene Metge (also winner in 1984) securing victory ahead of Jacky Ickx. 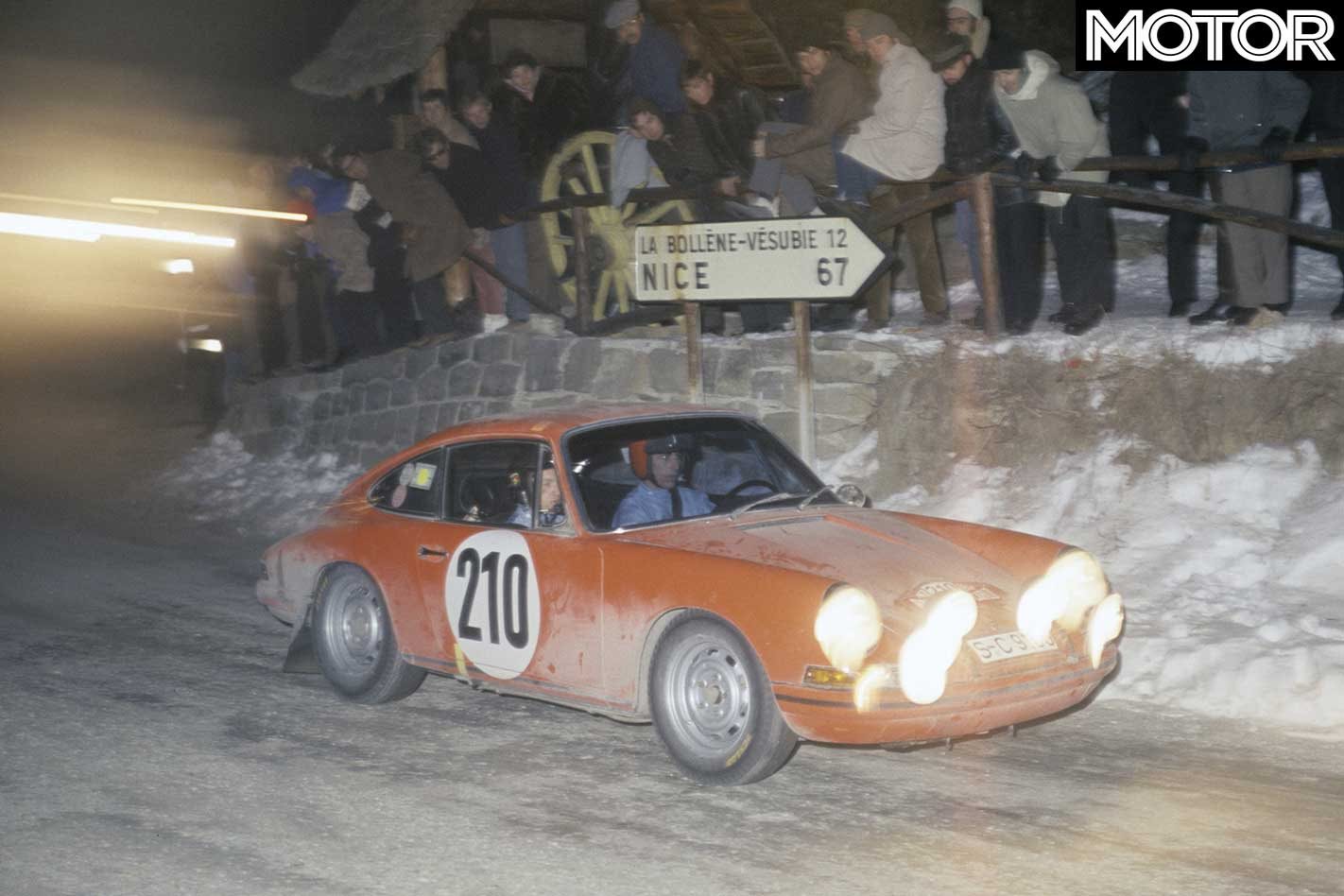 Porsche first entered the Monte Carlo Rally in 1965, but it would be 1968 before it took victory, sports car ace Vic Elford winning ahead of teammate Pauli Toivonen (father of Group B legend Henri), both driving 911 S 2.0s.

It was the beginning of a Monte 1-2 hat-trick, Bjorn Waldegard, who would go on to become the first ever World Rally Champion in 1979, winning in 1969 and 1970 ahead of Gerard Larrousse. The result proved that this sports car could conquer the rough-and-tumble world of rallying.