Ever get that sense of deja vu? That you've seen it all before? In the world of car design, the clock is turning back once again to a bygone age of style. Here are 20 slices of thoroughly modern retro.

Ever get that sense of deja vu? That you've seen it all before? In the world of car design, you almost certainly have. As Volkswagen launches its new Beetle, the design clock is turning back once again to a bygone age of style. Here are 20 slices of thoroughly modern retro. 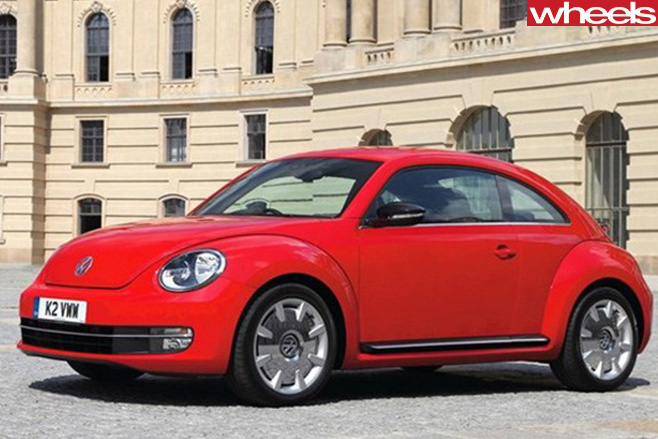 It's 2012 and there's a new Beetle out - the second modern-retro Beetle to draw on the original Vee Dub for inspiration. The latest generation edges away from the 1998 New Beetle's flower-vase femininity and goes for a longer, wider, lower stance which VW describes as 'more masculine and dynamic.' Macho cute, maybe? 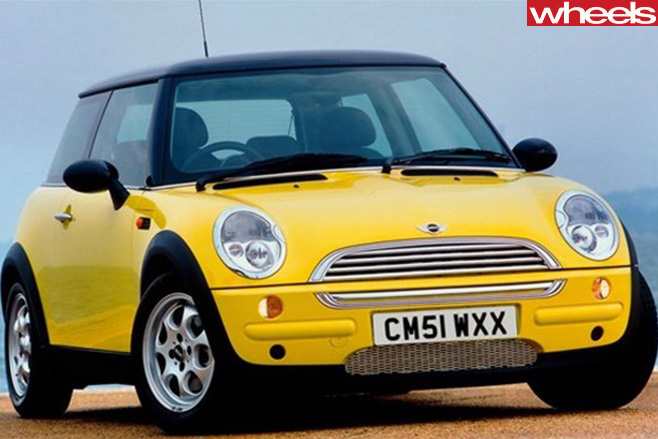 The Mini is the ultimate retro revival. Paying strong homage to the original 1959 Mini, the BMW-era Mini incorporates lots of nods to perhaps the greatest car of the 20th century, from its round headlamps and distinctive grille to its 'separate' roof. In fact, the retro Mini that debuted in 2000 has its own tribute act: the second-generation new Mini, launched in 2006, looks all but identical. 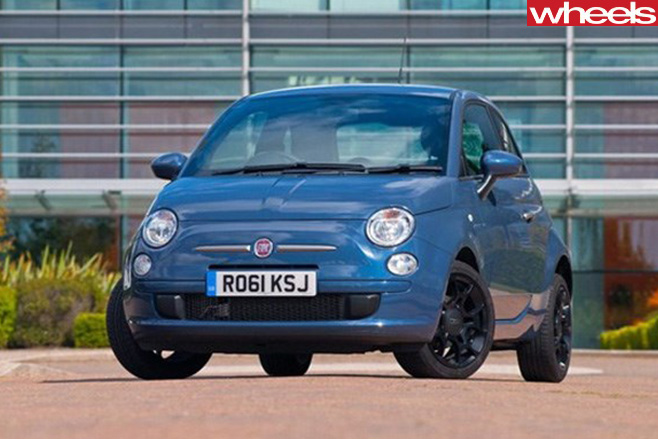 Fiat is the undoubted master of small cars, and the classic 500 'Cinquecento' of 1957 was a masterpiece of miniature packaging. Let's gloss over the fact that the revived Fiat 500 is massively bigger than the original; it still looks undeniably like the original baby Fiat. And buyers have flocked to splash out on this slice of retro chic. 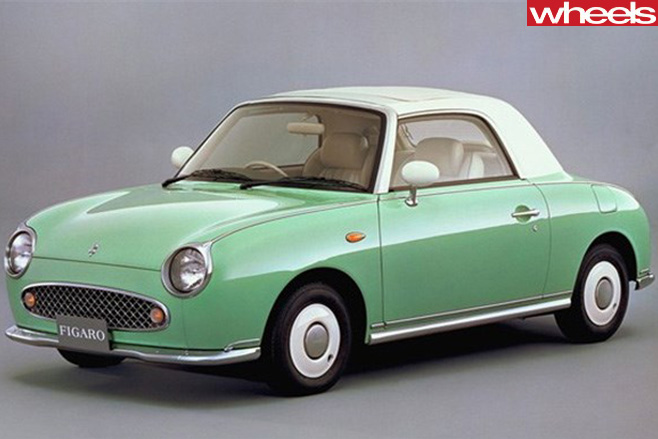 'It's a 1950s-style, bosom-shaped Noddy car.' 1950s is right: the retro styling is an almost direct copy of the German IFA P70 coupe of 1957-59. There's lots of chrome, a canvas roof, external boot hinges, old-fangled hubcaps and cutlery-style toggle switches. Underneath, however, it's an old Nissan Micra. Launched in 1991, Nissan built just 20,000 of them. 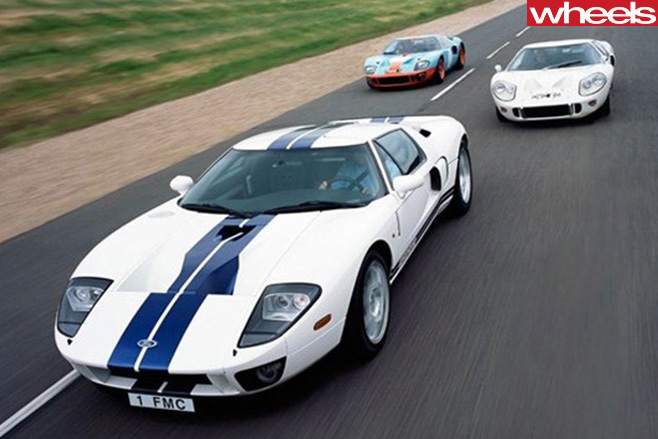 Everyone loves the Ford GT40, nobody more than Ford, which paid homage to it by launching a new GT in 2004. Despite being longer, wider and taller than the 1964 original (43 inches rather than the 40 inches that gave the GT40 its name), it looked a dead ringer for the Le Mans-winning mid-engined monster. Ford built 4038 GTs - almost exactly 40 times the number of original GT40s. 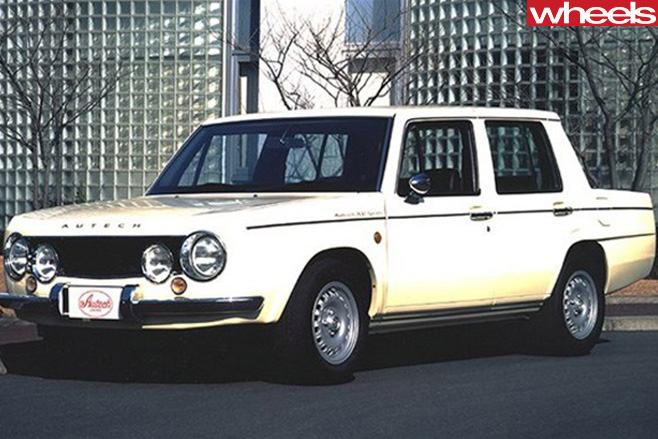 Nissan's sub-brand Autech tunes and cosmetically alters various Nissans but its A10 concept took things to a different level entirely. This was supposed to look like an Alfa Romeo Giulia from the 1960s but basing on the boxy-shaped modern Nissan Rasheen 4x4 made it look bizarre in the extreme. 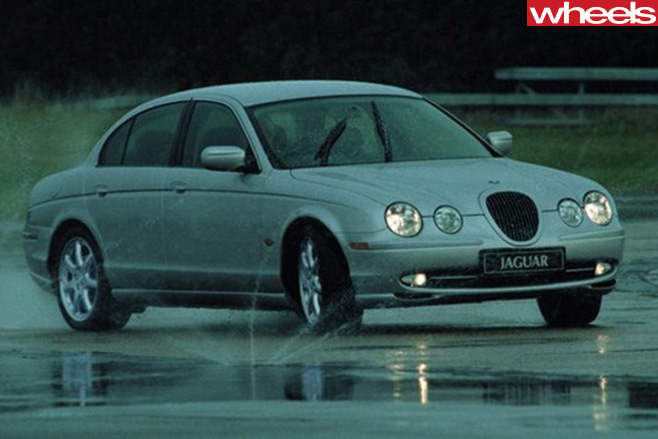 'A little bit of history repeating' went the ads for the new S-Type, launched in 1998. The repeat Jaguar was referring to was the eponymous S-Type of 1963. Sadly the modern version, based on a lowly Ford platform, was not a great success, stylistically or commercially. The current Jaguar XF proves that the brand is now looking forwards, not backwards. 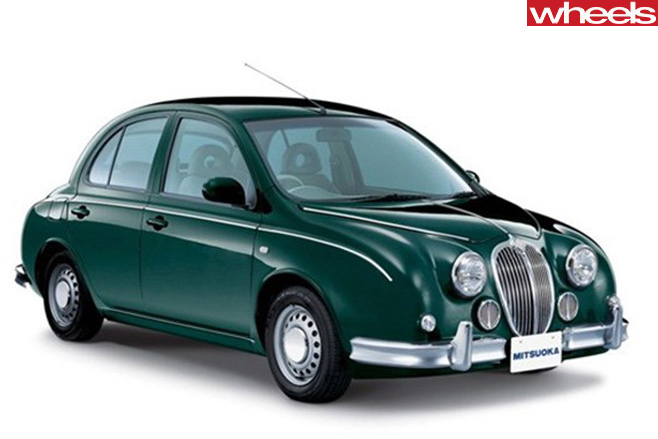 Embarrassingly awful or impossibly cute? We know where we stand on this Japanese attempt to make a Nissan Micra look like a Jaguar Mk2. The oddly-named Viewt sold so well that Mitsuoka followed it up with a London Taxi lookalike on the same Micra basis. 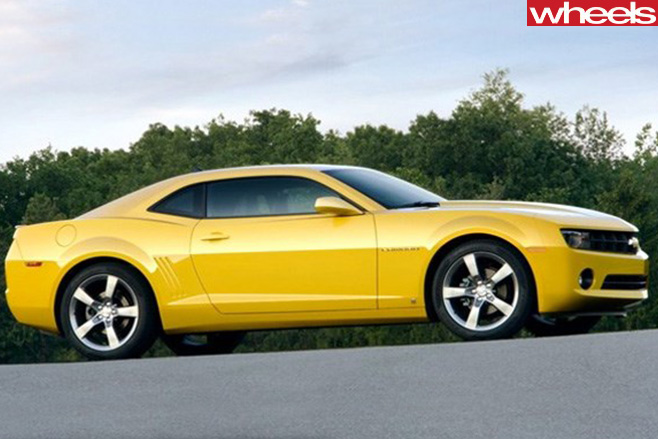 In the 21st century, the Camaro was effectively dead: the model had been axed in 2002. Then seven years later, Chevrolet brought it back to life with retro styling that clearly echoed the original Camaro of 1967 - although ironically the new car was designed by a Korean called Sangyup Lee. After an appearance in the Transformers movie, its sales success was sealed. 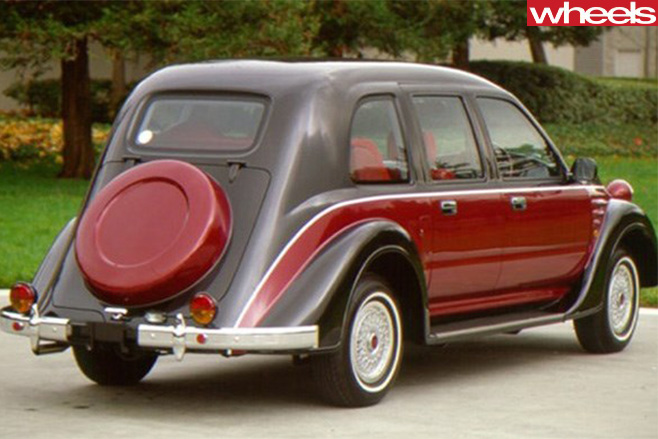 Toyota's first-ever car was the AA of 1936. In 1997 the Japanese giant decided to celebrate its trailblazer with a run of 'replicas' based, bizarrely, on the Hi-Lux ute. That tempted Toyota, even more weirdly, to sell not just a hatchback but a ute version of the Classic as well. These pastiches didn't really look anything like the originals, but that didn't seem to bother Japanese buyers. 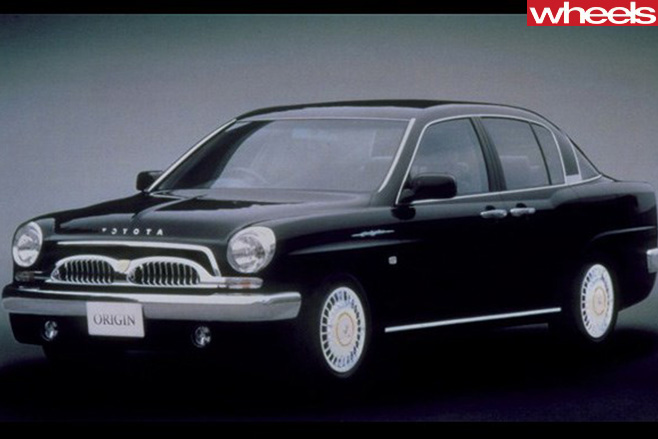 Toyota built its 100 millionth vehicle in the year 2000. As a tribute to this extraordinary achievement, it took the odd decision to build this car, the Origin. It supposedly recreated the style and aura of the 1955 Toyota Crown - including its 'suicide' rear-hinged rear doors - but in reality the only 1950s thing it truly shared was a lack of desirability. 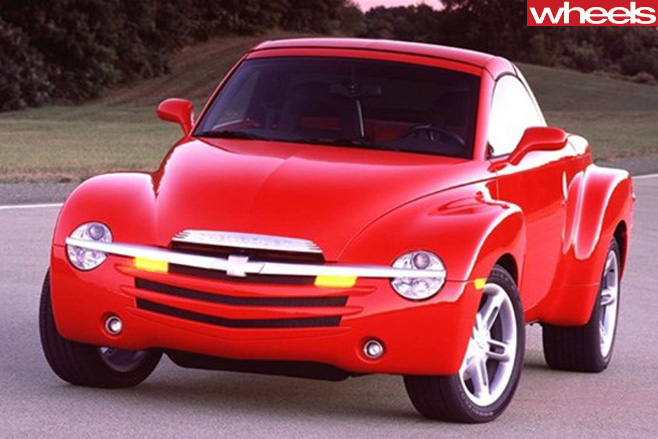 There aren't many utes whose roof folds down to make a convertible. And frankly, why would anyone want one? Turns out not many people did: the Chevrolet SSR retro-rod-inspired truck sold just over 24,000 examples between 2003 and 2006. The SSR moniker stands for Super Sport Roadster, in case you were wondering. 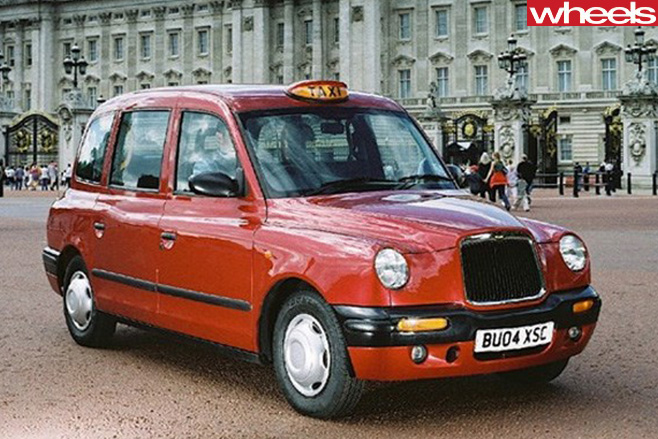 When the time came for London Taxis International to replace one of the UK's most iconic cars, the great FX4 London taxi (first seen in 1958), it cleverly used the original silhouette as a template. As a result, the 1997 LTI TX1 succeeded in being immediately recognisable as a London cab - so vital for visiting tourists hailing their cab. A rare example of retro design really working. 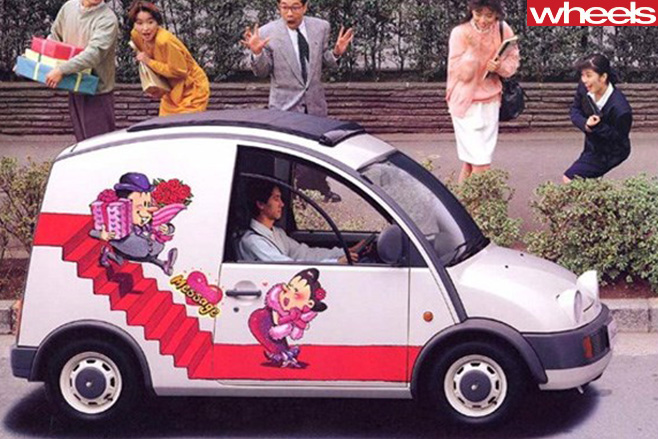 This retro-bizarre van, made between 1989 and 1992, was the ideal machine for transporting snails (escargots) to and from Tokyo's food markets. The design clearly makes strong nods in the direction of the classic Citroen 2CV 'tin snail'. 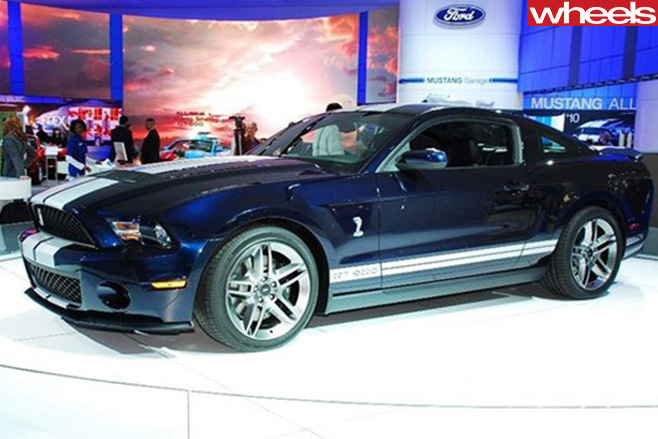 The original Mustang was probably the best thing Ford ever did. But in each successive generation, the 'Stang got less and less exciting, to the point when Ford threw in the towel and just recreated the original. The fifth generation, launched in 2005, was unmistakably 1960s in its inspiration. 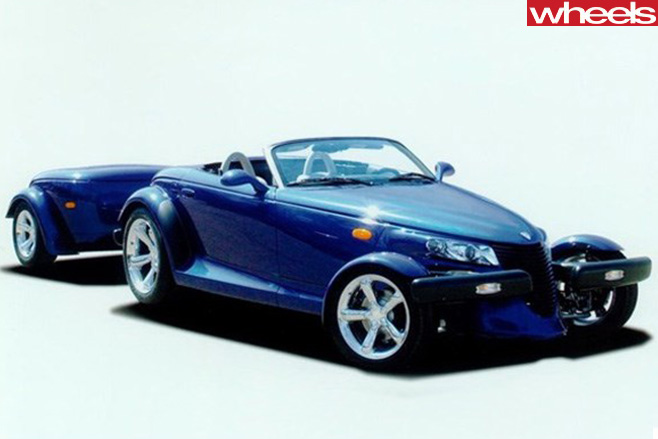 When Chrysler gave free rein to its designers to come up with a show car in 1993, the reaction to the resulting classic US hot-rod design was so positive that it entered production as the Prowler in 1997. Despite the fact it only had a V6 engine, not a V8, it was still fairly quick, if not the sharpest tool around corners. We're digging the official trailer option, too. 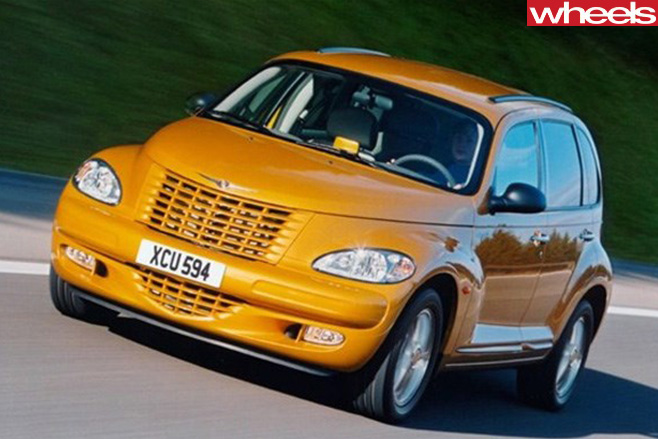 Part hot rod, part retro hatchback, part taxi/hearse, Chrysler's PT Cruiser elicited strong reactions - usually love or hate, and sometimes both combined. Launched in 2000, it was very well received in its home market, where it won the Car of the Year award. It also sold handsomely: Chrysler shifted some 1.35 million in a 10-year run. 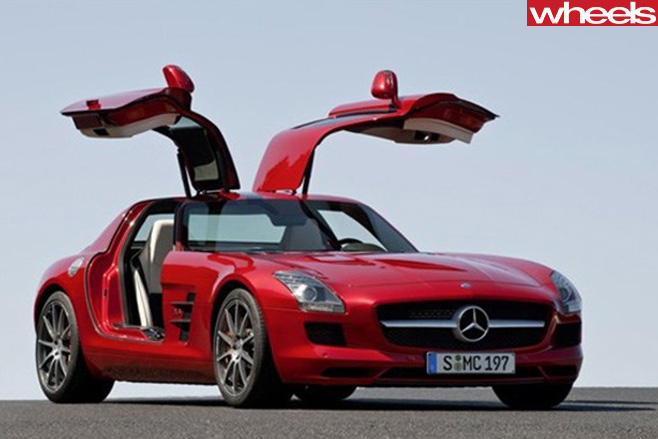 Gullwing cars are a real pain in the posterior. They're woefully impractical, usually leak and are awkward to make. That's why only a tiny handful have ever made production. But Mercedes-Benz can't have failed to notice how much collectors were paying for the classic 300 SL Gullwing when it came up with its 21st century SLS gullwing. Yours for a bargain $464,000. Ker-ching! 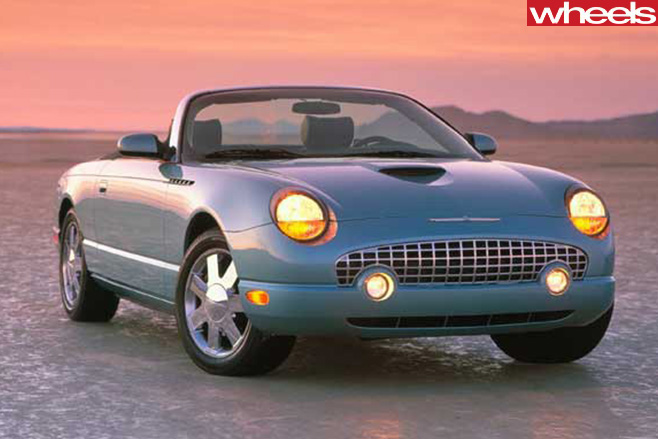 In 2002, Ford launched the eleventh-generation Thunderbird with styling cues taken directly from the first Thunderbird of 1955. The revived T-Bird was nominated for the North American Car of the Year award but sales were slow and history hasn't been kind to the kitsch styling. Incidentally, this Thunderbird shared the same platform as another retro throwback, the Jaguar S-Type. 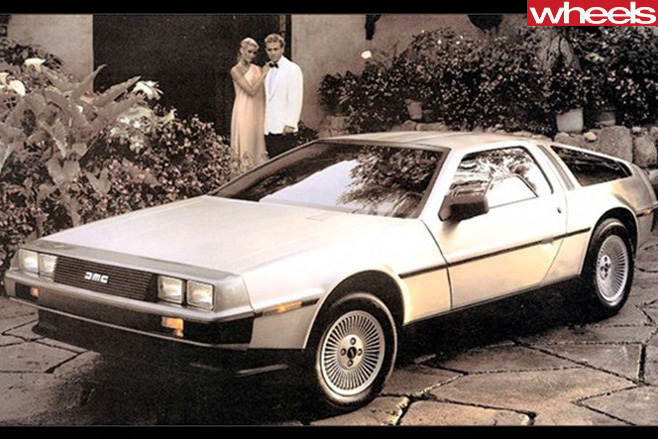 Back to the Future is back - well, almost. You probably thought the DeLorean DMC-12 died back in 1982 in a cloud of debt and scandal. But for the last few years, the DeLorean Motor Company of Texas has been rebuilding old cars with new parts - and now it's working on an electric-powered version to be launched in 2013. Flux capacitors ho!