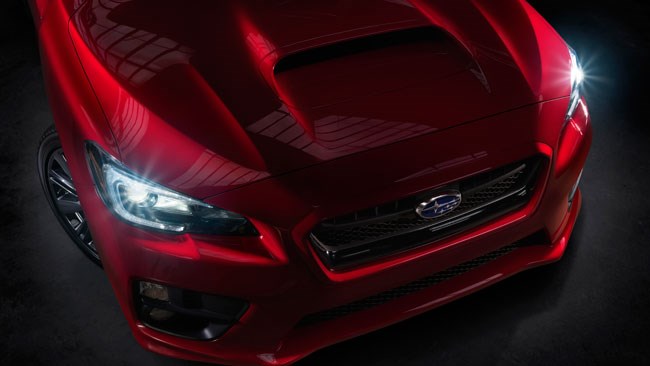 AHEAD of its global reveal at the Los Angeles Auto Show, Subaru has released a teaser image of the fourth-generation WRX.

Since 1992, the WRX badge gracing the rump of three generations of the Impreza range has stood for rally-bred affordable all-wheel drive performance. With the new car, WRX becomes a standalone model for the first time.

Due to be unveiled on 20 November, the car gracing the stands will be to North American specifications but will provide us with a taste of what’s to come when the WRX is rolled out globally.

Inspired by the 2014 WRX Concept shown at March’s New York International Auto Show, it’s expected the new car will be based on Impreza underpinnings and powered by a turbocharged horizontally opposed 2.0-litre four-pot engine — a return to the layout that made the WRX famous from the current 2.5-litre, 195kW/343Nm package.

A six-speed manual is likely to replace the current five-speeder as the base transmission, with a paddle-shifted CVT on the options list.

David Rowley, national corporate affairs manager at Subaru Australia, confirmed to Wheels that the WRX is expected on our shores in March 2014, with further specification details to be released in the lead up to the WRX’s LA reveal.

While there’s no official word on localised pricing — "It’s still being negotiated with the factory," Rowley explains — it’s tipped the new WRX will be pitched above the current model’s $39,990 price point.