The Indianapolis 500 for rookies

New to the greatest spectacle in sport? Let us run you through the basics

THE INDIANAPOLIS 500 is known as the largest single-day sporting event in the world. For its 100th running last year, the entire event was sold-out, with crowd figures north of 300,000.

However, this year the Indy 500 is attracting more international attention than it has during the past several years, due in no little part to the attendance of Spanish two-time Formula 1 world champion Fernando Alonso. 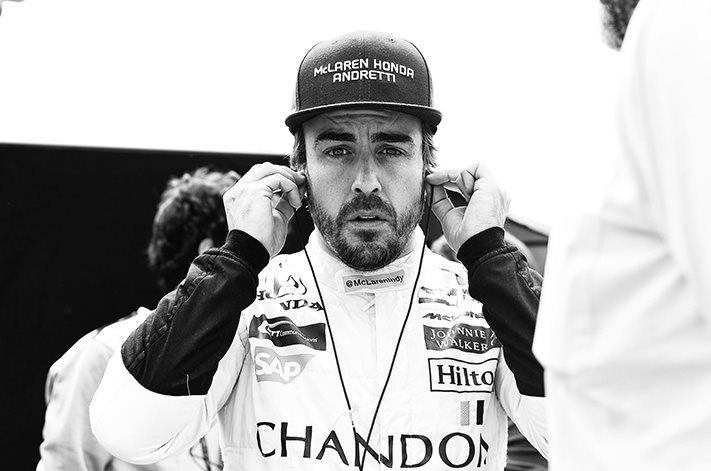 We’re big fans of the great race at the Brickyard here at Wheels HQ, so we’ve decided to break down some of the more common questions for new viewers.

How long is the race?
Well without stating the obvious, it’s 500 miles, or 804 kilometres. However, unlike our Supercars endurance races such as the Bathurst 1000 and Sandown 500, this race is completed by one driver, non-stop.

The excessive speeds means the race is completed in around three hours. The fastest ever race was in 2013, with Tony Kanaan completing the 200 laps in 2 hours, 40 minutes, and three seconds. His average speed for 500 miles was a whopping 187.43mph (301.64km/h). 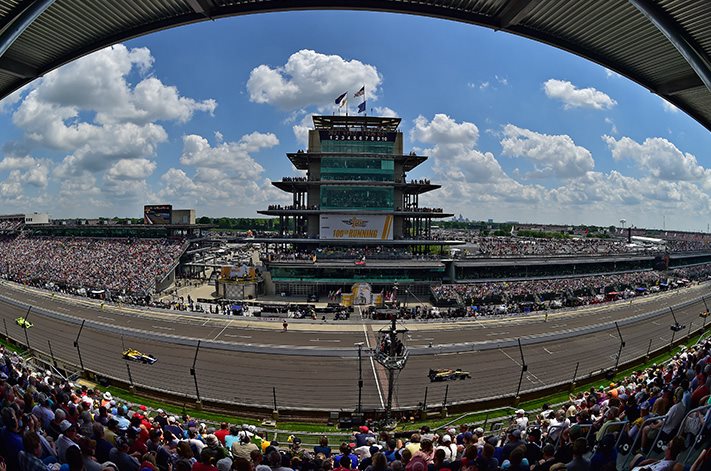 How fast are IndyCars?

In short, fast. For an extended explanation – bloody fast.

It needs to be noted lap records are conveyed in average speed, instead of time, with the fastest ever being 236.10mph (379.97km/h). That frankly bonkers lap was achieved by Eddie Cheever Jr in 1990. 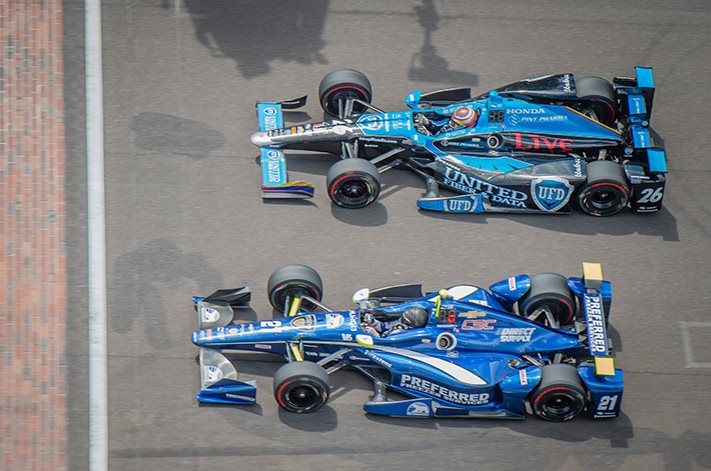 What are some stats I should know to sound smart?

If you have some mates around for the race, here’s some info to help you sound like an Indy veteran.

What’s with the milk?
Don’t get weirded out when there is no champagne at the end of the race; it is traditional for winners of the Indianapolis 500 to douse themselves with milk. It was prompted by a milk company who saw a marketing opportunity after Louis Meyer was snapped swigging from a milk bottle after his third Indy win. Drivers are offered a choice between full-cream, two percent, and skim milk. 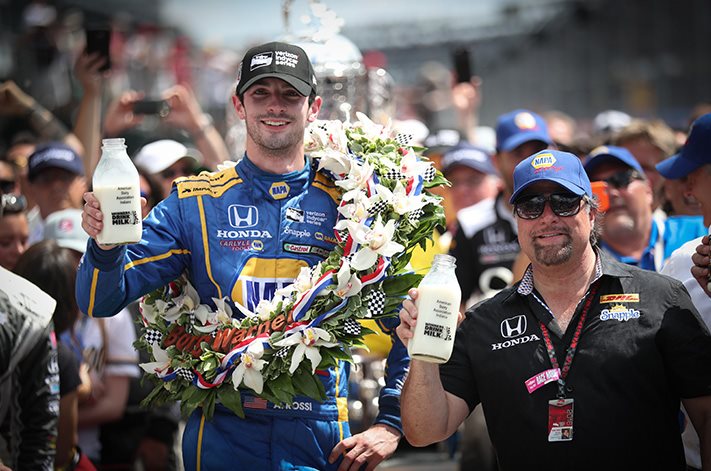 Emerson Fittipaldi notoriously drank orange juice instead of milk during his winner’s interview in 1993, causing a huge controversy that tarnished his reputation with fans for many years.

How much do you get for winning?
Being the most prestigious event in the IndyCar calendar, it also carries the biggest prize purse. Exact numbers for 2017 aren’t known yet, but judging from previous years, the total prize pool could be in excess of $13 million, with the winning driver in line to receive more than $2.5 million. 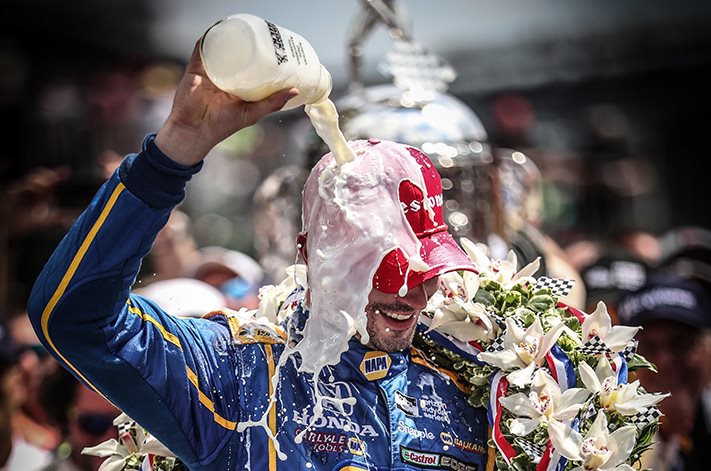 Why does everyone keep going on about crowns?

The Indianapolis 500 is a part of what is known as the Triple Crown of Motorsport.

The Triple Crown is made up of the biggest events in the racing world - Indy, the Monaco Grand Prix (being held on the same weekend), and the 24 Hours of Le Mans.

Graham Hill is the only man in history to have won all three events. 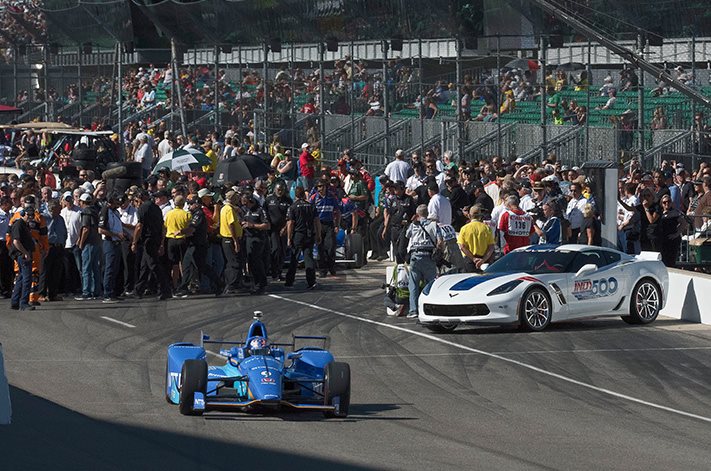 To win all three events in the modern era would be an incredible feat, with racing careers far more specialised now than when Hill was racing.

Juan Pablo Montoya is the only active driver to have won two of the three events, with wins at Monaco and Indy.

Alonso’s participation is linked to the Triple Crown, with the Spaniard having two Monaco victories already. His assault on the Indianapolis 500 is the next step of achieving his Triple Crown dreams.