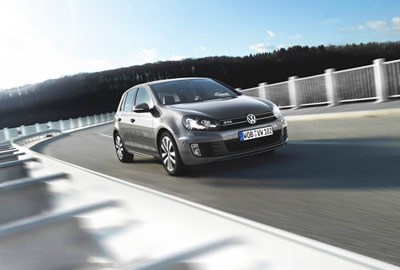 
As the name suggests, the GTD is essentially a Mk VI GTI with a high performance 2.0-litre turbodiesel replacing the 2.0-litre turbo petrol engine. The diesel develops 125kW and 352Nm - 30kW less than the new petrol GTI, but with 72Nm more twist.

Zero to 100km/h is a slightly sluggish eight seconds. No weights have been released, but it must be heavier, and 100km sprints are not a diesel's strong point. The fact that you can keep it in third around town or tack, and dip into full torque at less than 2000rpm is one drawcard.

Visual cues include chrome bordering the grille instead of the trademark GTI red, different spoked alloys, dual exhausts sitting to the left of the rear bumper instead of flanking each side, and grey stitching and trim on the inside.

German sales begin in May, with the rest of Europe following in the third quarter, and hopefully Australia by year's end.

Wolfsburg / Leipzig, 27 March 2009 - After the Polo, the BlueMotion offensive and the Golf GTI, Volkswagen is pulling the next arrow out of its quiver: this time it is the Golf GTD. It is extremely fuel efficient yet exceedingly sporty, and it is debuting as a world premiere at the Auto Mobil International in Leipzig (March 28 to April 05). The GTD code letters carry on a tradition: the first Golf GTD appeared back in 1982 - it was the GTI among diesels. Now Volkswagen has perfected the various aspects of sportiness. The new Golf GTD with its 125 kW / 170 PS is aimed at all diesel fans who value a maximum in dynamic performance. This is where the GTD shows a clear affinity to the new GTI (155 kW / 210 PS). While the GTI is in its own league with an efficient turbo gasoline engine that offers the same performance as far more expensive sports cars, the Golf GTD is making its appearance with phenomenal fuel economy. Every 100 kilometers, just 5.3 liters of fuel flow through the piezo injection valves of the common rail engine that can hardly be pegged as a diesel. That is equivalent to CO2 emissions of just 139 g/km. This contrasts with a top speed of 222 km/h and 8.1 seconds for the sprint to 100 km/h.

Range of about 1,000 kilometers

As on the GTI, the GTD's 6-speed manual transmission may be swapped out for an optional 6-speed DSG - which in the eyes of many experts is the most efficient automatic of our times. The Golf GTD with DSG reaches a top speed of 220 km/h; it accelerates to 100 km/h in 8.1 seconds and consumes 5.6 liters diesel on average (147 g/km CO2). These low fuel consumption values take both GTD variants to distances of about 1,000 kilometers on one tank of fuel (55 liters).

The GTD equipped with standard sport chassis and 17-inch alloy wheels ("Seattle" type) bears a close relationship to the GTI, in its highly agile handling properties as well as in its parallels in appearance and features.

The exterior clearly indicates that this is the sportiest Golf with a diesel engine. Take the front end, for example: the bumper, radiator grille and headlights are a 1:1 match with the GTI. However, the red horizontal stripes in the radiator grille are styled in chrome on the GTD. At the rear, the turbo-diesel sports a modified diffuser. Even though no GTD emblem comes with the car purchase, the diesel version of the Golf can be recognized by its dual chrome tailpipes on the left side of the diffuser (the GTI has one tailpipe on the left and one on the right).

Sound - sporty sound - has not traditionally been a particular strength of diesel engines. However, the GTD's new common rail engine is different. Since it no longer has a superimposed "hammering" sound that was previously typical of diesels, engineers were able to fine tune its acoustics for the first time. This is accomplished by a special sound generator, which outputs a sonorous tone, especially in the lower engine speed range. The electromagnetic sound generator evaluates engine speed, momentary power demand and vehicle speed data obtained via the car's CAN bus and tunes the engine sound that can be heard in the interior.

Volkswagen's GT philosophy is also reflected in the interior. It expresses itself in standard high-end sport seats, a 3-spoke leather steering wheel whose curvature flattens at the bottom (GTD signature in the center chrome badge), leather parking brake lever and leather gearshift boot with stitching in contrasting color. However, unlike in the GTI the color is not red but light gray. The same applies to the sport seats in "Jacky" pattern: The color chosen for the flat-felled seams are an elegant light gray ("Art Grey") instead of red ("Flash Red"). The seats themselves are styled in a "Black-White" color combination.

Other standard features of the Golf GTD include details such as a black roofliner and black roof pillar trim, special interior accents, seven airbags including knee airbag on the driver's side, automatic climate control ("Climatronic"), front fog lights with chrome framing, daytime running lights, ESP, a winter package (with heated windshield washer nozzles, heated front seats, headlight cleaning system and low washer fluid indicator light) and the RCD 210 radio system. Nonetheless, the most important component of standard GTD equipment is still the Common Rail TDI with 170 PS being used in the Golf for the first time.

The 1,968 cm3 displacement engine is from a new TDI generation. It delivers its maximum power at 4,200 rpm. The engine - as sporty as it is fuel efficient - develops its 350 Newton-meter maximum torque between 1,750 and 2,500 rpm. Its specific torque is 177.8 Newton-meter per liter engine displacement. The upshot is that in practically any driving situation, the sixteen-valve four-cylinder engine offers power equivalent to that of a six-cylinder sports car engine.

About the technology: Fuel induction is handled by a common rail system. Fuel injection pressures of up to 1,800 bar and special eight-hole injection nozzles achieve exceptionally fine atomization of the diesel fuel. The eight-hole injection nozzles are driven by what are known as piezo in-line injectors. In this process, electrically controlled piezo crystals - boosted by hydraulics - initiate injection in fractions of a second. Compared to conventional solenoid valves, piezo technology enables more flexible injection processes with smaller and more precisely metered quantities of fuel. The results are a very quiet and pleasantly soft running engine, exceptionally quick response and the excellent fuel economy and emissions values already mentioned.

Another feature having a positive effect on the car's acoustics is the maintenance-free toothed timing belt for the camshaft. The conversion to common rail technology and many other acoustic measures, such as a noise-damping film in the windshield, make the new Golf GTD one of the quietest diesel models in its class. In addition, the GTD will fulfill limits of the Euro-5 emissions standard. Advance sales of the Golf GTD in Germany will already begin in early May. And the prospects for a successful market launch look good. Because this sporty Volkswagen fits in perfectly with our times.

Note:
All data and equipment contained in this press release apply to models offered in Germany. They may differ in other countries. All information is subject to change or correction.
TDI, TSI, DSG and Twincharger are registered trademarks of Volkswagen AG or other companies of the Volkswagen Group in Germany and other countries. 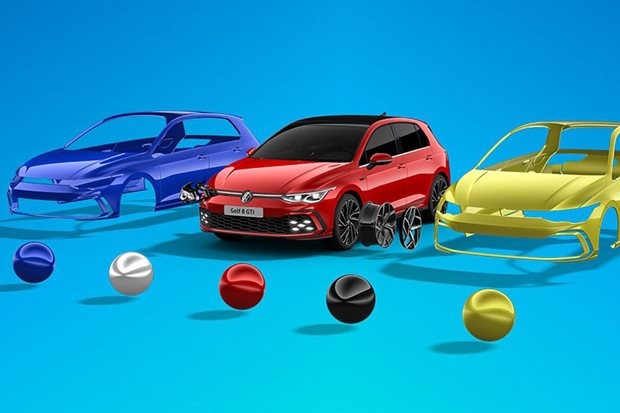 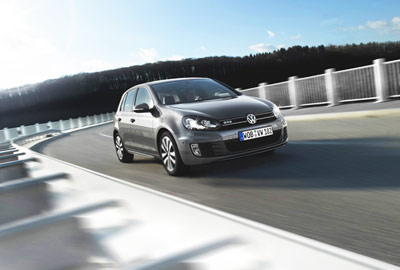 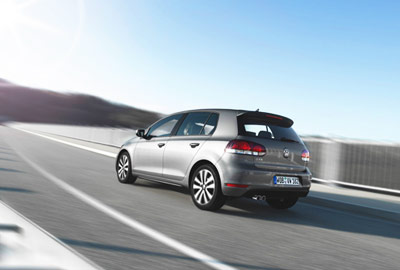 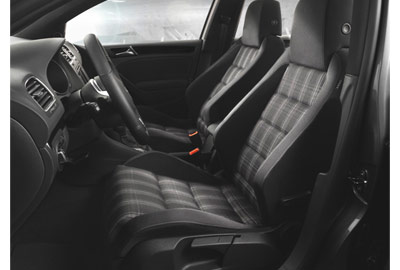