As the world around us changes in ways that are almost impossible to fathom, there is one service that has taken 15 years to become an overnight smash hit.

With the world of motorsport brought to its knees by cancellations and postponements, iRacing has burst onto the world stage in a big way. But what is iRacing?

It’s fair to say for the majority of us, our computer racing has come via the widely-used channel of game consoles and their associated racing titles.

If you’re in the Sony PlayStation camp, then Gran Turismo was likely your game of choice, while Xbox aficionados looked to game series like Forza to get their racing jollies.

However, as good as the modern console is, a typical racing game falls some way short in key areas.

MORE The evolution of racing sims in six minutes

While Gran Turismo’s depth of content is truly astonishing, for example, and Forza’s graphics are almost beyond belief, both fall short when it comes to offering accurate racing dynamics.

And it’s not just in the areas of input realism, either – the quality of track rendering can vary wildly between the platforms, and more often than not fail to accurately portray the venue that they are hoping to emulate. 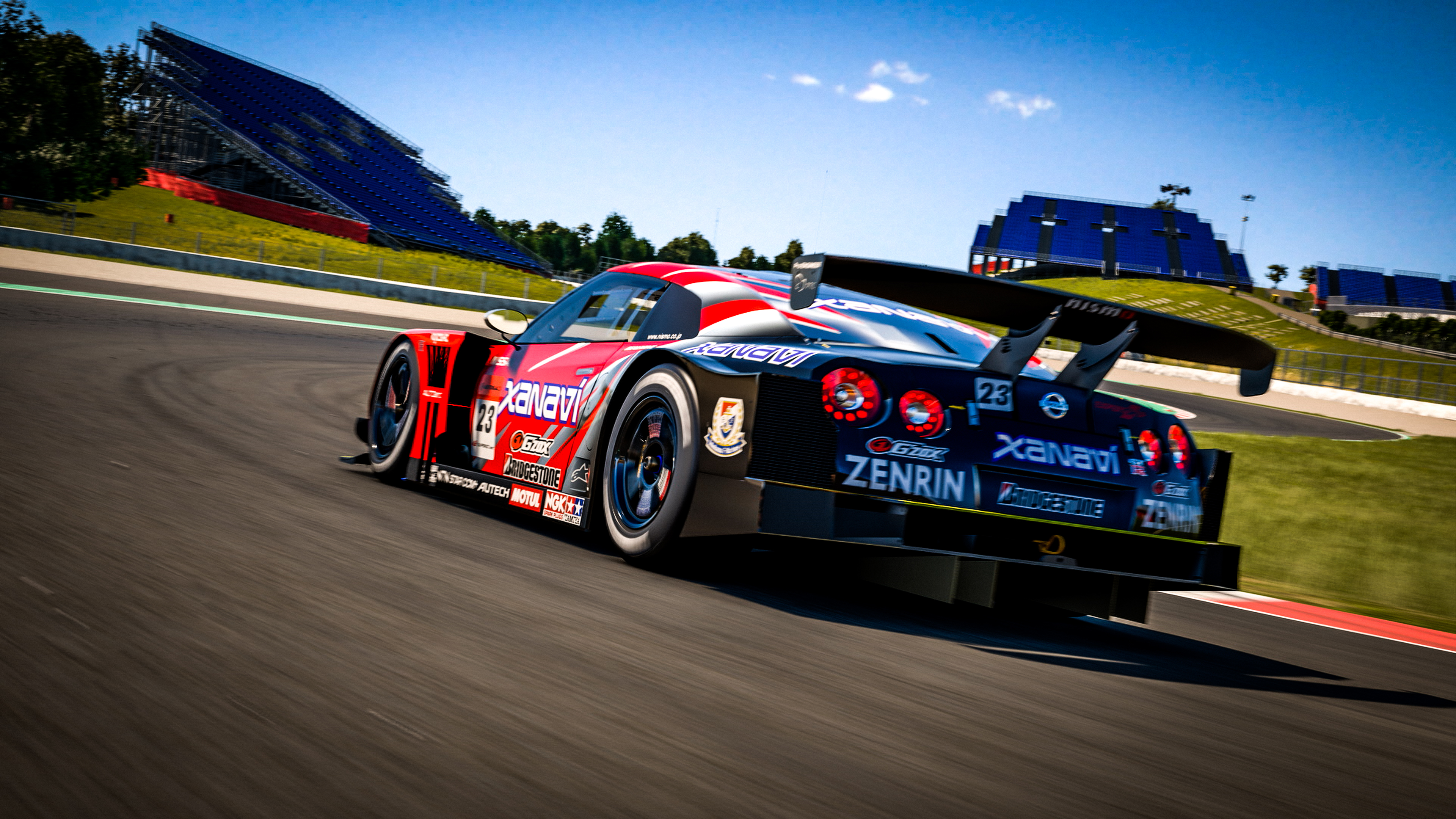 There is, however, an alternate racing platform, and it’s not as hard to access as you might think.

Where iRacing differs from its console companions is in the areas of vehicle behaviour dynamics, track rendering and its ability to bring racers from across the globe and from every skill level together to challenge themselves and each other in a cost-neutral way.

iRacing was born in the United States 15 years ago but has leapt into prominence over the last five years, thanks to the rise and rise of the esports genre. It’s a web-based game that requires more gear than a typical console arrangement, but it’s not a giant leap in terms of accessing the tech.

What do you need to go iRacing?

iRacing is designed to work in a Microsoft Windows environment. While it means a PC is the most logical computer to use, Apple Macintosh computers are often able to run Windows, which will allow you to access iRacing.

Worth noting; the iRacing network now requires a 64-bit version of Windows, and the oldest Windows operating system you can run is Windows 7. This change required a lot of users to upgrade older 32-bit PCs to the more modern and powerful 64-bit system.

Your computer needs at least 8gb of RAM, and at least 10gb of free space on a hard drive. It will also need a half-decent graphics card that has at least 2gb of dedicated memory on board.

If, for example, your connection strength is intermittent or – heaven forbid – drops out completely, then it’ll instantly impact on the race or practice session you’re taking part in.

Hard-wiring your computer to a modem with an ethernet cable is the best way to ensure a good connection, though it works well enough via a wifi connection.

The other thing you’ll need is a controller. While some players use console-style hand controls, the vast majority of the network’s 85,000-plus players are using a steering wheel and pedals. This gives you by far the most realistic interface with iRacing.

An entry-level PC-compatible set-up from a company like Logitech will work well; as a bonus, it can also be used with Sony’s PlayStation console. It doesn’t need to be mounted in a fancy rig, either; many racers will bolt the steering wheel to their work desk and use an office chair.

A bespoke set-up does work better, and a frame to hold a wheel and pedals can be had quite cheaply – though you’ll need to make arrangements for a monitor.

More immersive rigs are more expensive and, just like real car racing, the sky is the limit when it comes to cost and complexity.

How much does iRacing cost?

iRacing is a subscription-based service, and costs start at around A$20 a month. Prices fall quickly the longer you commit, though, with two-year plans currently costing around $160 on special. It is subject to exchange rate fluctuations, so prices may vary.

A basic subscription also buys you more than 20 cars and 20 tracks, which allows access to entry-level (known as ‘rookie’) events across the iRacing spectrum.

As well as traditional road racing, iRacers can tackle US-style dirt and tarmac oval racing in a variety of machinery, dirt track speedway, rallycross and even off-road truck racing.

The rookie package includes cars like the Mazda MX-5 Global Cup racer (below), a 2012-spec Ford Falcon V8 Supercar, a plethora of NASCAR products, a Radical SR8 and even a Volkswagen New Beetle rallycross car. 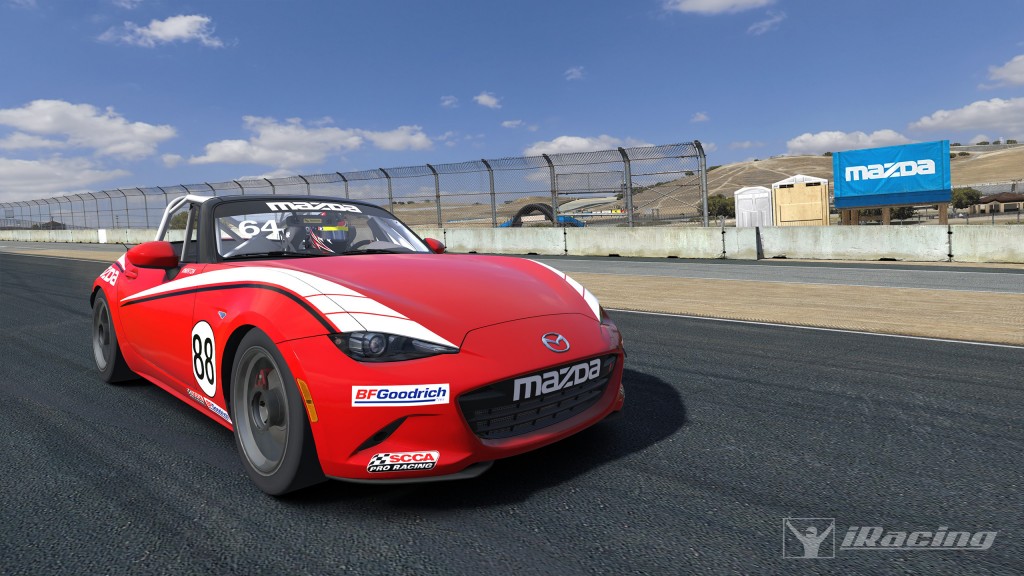 Tracks include Laguna Seca in the US and Tskuba in Japan, along with popular iRacing circuits like Lime Rock Park and Daytona.

However, if you want to access cars like the Porsche 911 RSR, a variety of GT3 machinery from Ferrari and McLaren, Formula One cars from Williams and McLaren and more modern Supercars from Holden and Ford, then you’ll need to ‘buy’ them as part of the subscription.

A car will typically cost around $15 to add to your garage, and a track is a similar cost. The more you buy, the cheaper it gets, but you’ll probably feel the need to invest in a few more items to get the most out of the game.

For example, the stock track set misses out on other iRacing properties like Phillip Island, the now-defunct Oran Park and Mt Panorama, while iconic venues like Le Mans, the Nurburgring Nordschliefe and others are also available.

As a reference, our tubular steel review rig cost $200 second-hand some years ago, and has been upgraded with a $200 fixed-back seat, $200 worth of second-hand speakers and a $250 monitor.

We also use Logitech wheels and pedals thanks to their affordability, and which we can source second-hand reasonably cheaply, so figure on less than $1000 for a unit that has thus far lasted for more than five years.

As a contrast, renowned driver development team McElrea Racing in Queensland uses a MotionForce1 simulator (below) that costs in excess of $100,000, and which uses lateral and longitudinal pitch and roll technology to impart a true feeling of realism. Lotto winners only need apply!

As a background, I grew up with PlayStation consoles, and I’ve been lucky enough to race cars for real, so graduating to iRacing was a relatively easy decision.

The learning curve is quite steep for a gamer just stepping into the world of ‘proper’ sim racing, and I found it all but impossible to even lap a basic circuit in something as low-powered as an MX-5 at first.

MORE I want to go car racing, but how do I start?

The level of fine control needed to properly control a car differs markedly from the stab-and-send-it method of a hand-controlled console game, and it takes patience and practice to get the hang of iRacing’s abilities.

As you apply more time and craft to the game, though, the rewards are immense. The butterflies bashing around in my stomach at the start of an iRacing race are still every bit as real as the ones that used to mosh-pit around my guts on the line of a real car race.

There is an enormous ability, too, to adjust your car to your liking – or equally to adjust it into an unusable mess! Entry-level races usually don’t allow any adjustments, though, while you can access an array of baseline chassis and drivetrain tunes from iRacing.

You can share set-ups between fellow iRacers, or even allow a friend into your settings remotely to engineer your car.

iRacing also brings realism to the fore in the way it manages its racers. It’s not a matter of opening your online wallet and buying your way to the front; all racers are required to earn a so-called iRating, as well as maintain a basic level of safe and competent driving. 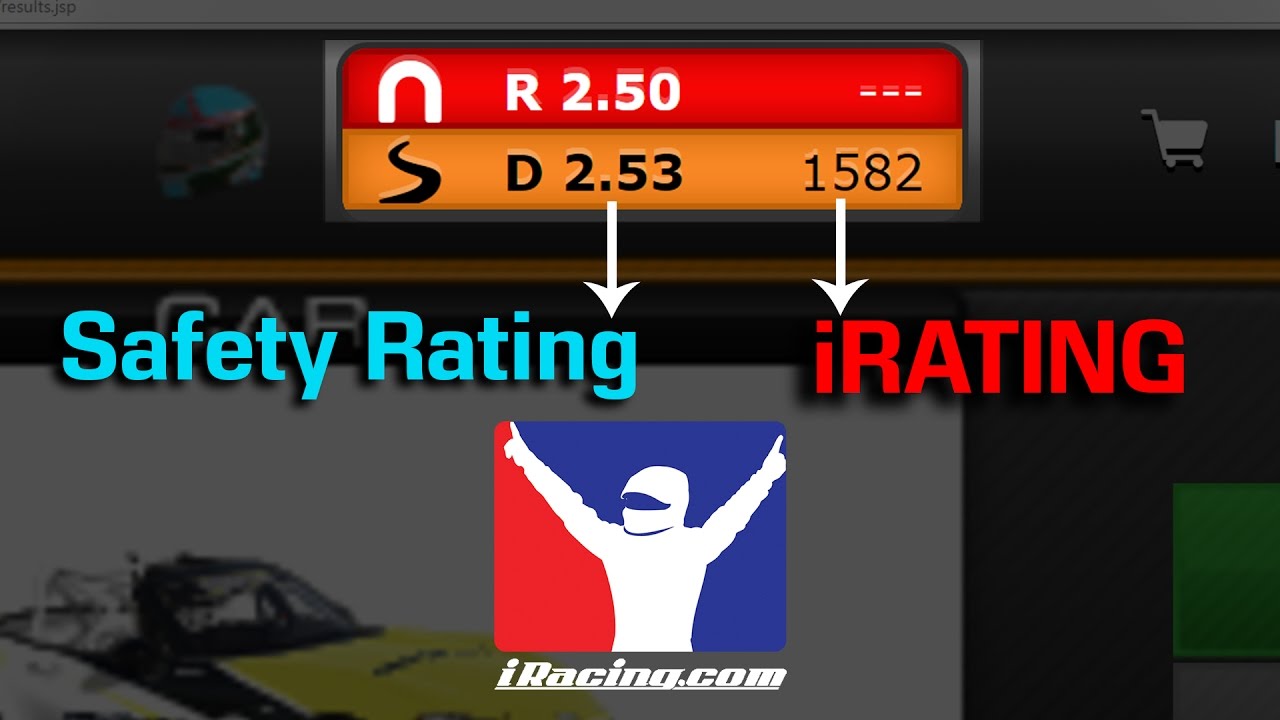 If, for example, you muck up the first corner in a race and clean-bowl a few other racers, your iRating and safety rating both fall, which affects your ability to earn your next grade of licence, which is needed to race in faster classes.

The system (for the most part) weeds out the ratbag driver, as most people are keen to advance to the next level.

However, there’s no requirement for you to ever race if you don’t wish to. The service allows you to test any car you own at any circuit in your collection free of consequence, while practice sessions also allow you to ply your trade without fear of losing points.

The service has also - at long last - added AI racing capability, which allows you to race against the computer a la Gran Turismo or Forza. As well, leagues that cater for all sorts of categories of racing are popping up throughout the service. These leagues are hosted by members of the iRacing community, who are able to fine-tune the ruleset to suit.

In other words, you can form (for example) a Supercars league comprising only your four or five best mates, and you can tour the virtual racing world as you see fit.

However, iRacing’s real talent lies in the fact that it brings together racers of all levels from all around the world to race together.

It manages this by using those aforementioned ratings to allocate you to a race that’s likely best suited to your talents. Most Aussies start with the MX-5 Global Cup Rookie series, though many are moving directly into local leagues that race all manner of cars.

It’s here that you might join a race that features – or is even hosted by – noted real-world racers like Supercars stars Shane van Gisbergen or Scott McLaughlin (below). If you know your motorsport, you’ll soon start to recognise names from across the motorsport spectrum, as well.

In fact, it’s even going the other way, with young racers who have cut their teeth on iRacing starting to show up in the ranks of real-world racing like the Toyota 86 series and the Super3 Supercars series.

Are there any downsides to iRacing?

iRacing’s biggest weakness is also its strength – it can be bloody hard! It really needs focus and dedication to get the most from it. I also think that it takes too long to earn the right to compete in harder categories, which can be discouraging. 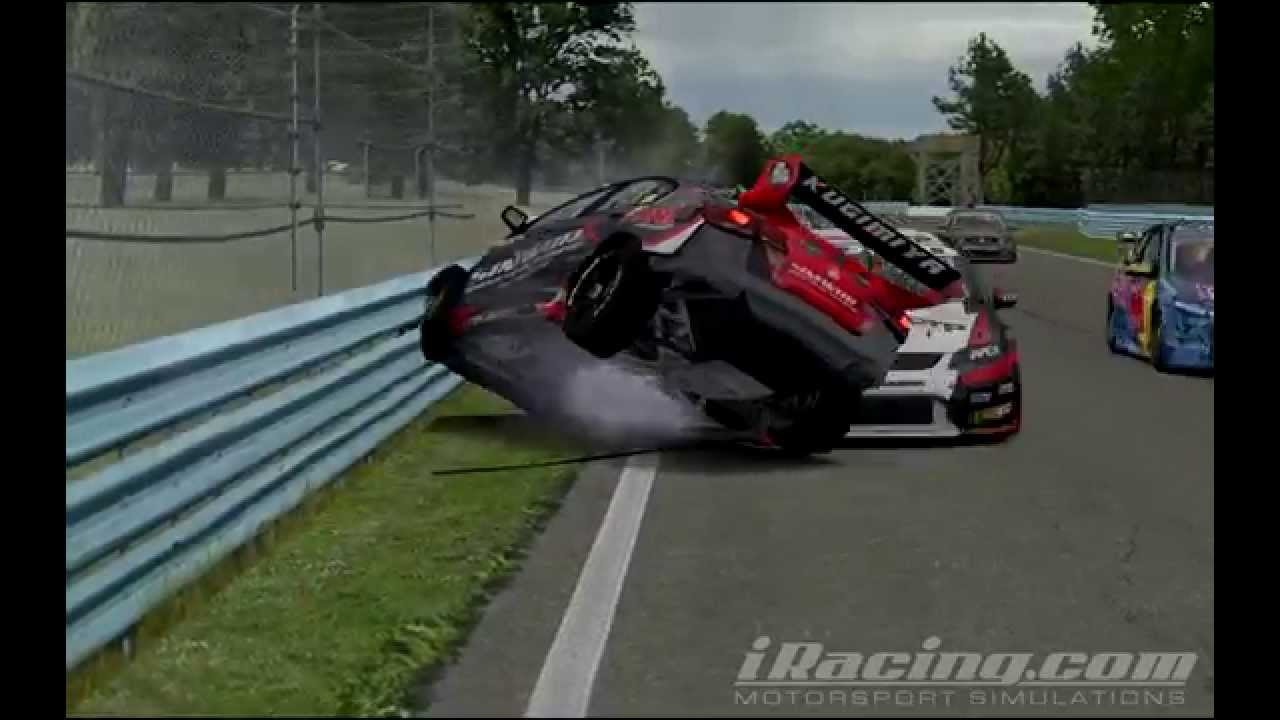 The hardware and structure needed to run iRacing at a half-decent scale can be bulky, which takes up room, and the need for a decent internet connection can’t be understated.

As well, you’ll need to budget for your subscription costs, as well as for additional content.

I suspect that a lot of people are a bit freaked out by the notion of using a racing simulator that really steps it up from being a smash-and-bash sim, and with good reason. There is a level of discipline and investment – both time and money-wise – needed to do well at iRacing that surpasses anything currently offered on a console.

For our family, it’s a brilliant addition to our leisure life. As a former racer, I understand and appreciate just how similar iRacing is to the real thing, while our 17yo budding racer-in-waiting (below) can short-cut the journey towards racing for real by learning the discipline of motorsport in a format that doesn’t reward the pressing of a reset button or behaving like an idiot.

Much like the real thing, not everyone will stick with it. Persist, though, and the rewards of stringing together a set of good laps on board some of the world’s coolest race cars, or by claiming a win against a stacked field of fellow iRacers from around the world, are truly worth the investment. 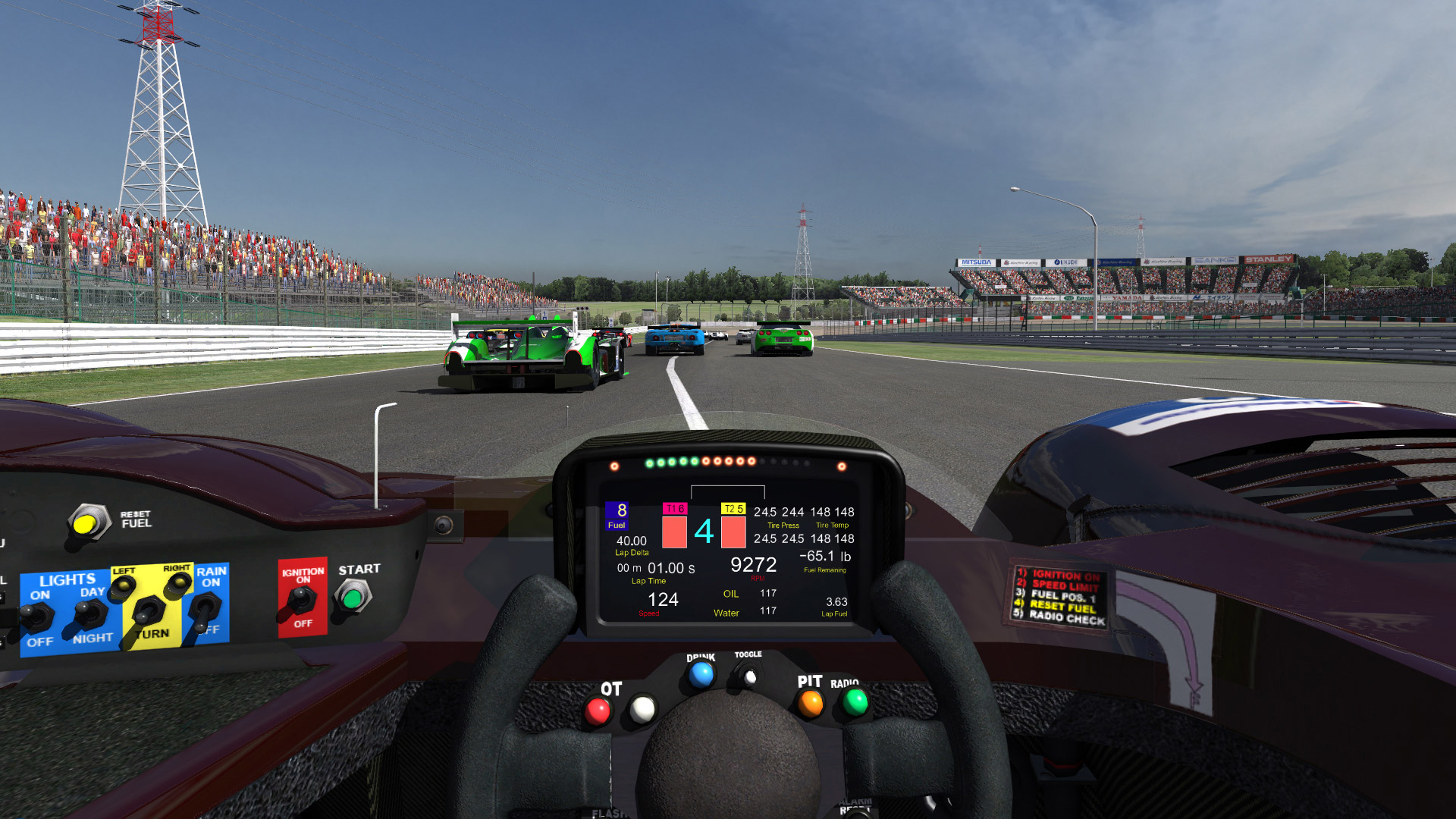