Want to race the best driver in Australia? You don’t have to leave your couch

Scott McLaughlin is the best driver in Australia right now, no argument.

He is the reigning Supercars champion, and his campaign for back-to-back titles, aided by the Ford-supported DJR Team Penske race team, has been crushing for rivals, which are spending millions of dollars and still failing to stem the tide of his domination.

So you’d think that competing against the 26-year-old New Zealander would be a monumental task, requiring vast budgets and an extensive racing background? Well, not exactly.

McLaughlin is part of a new generation of motorsport professionals that spend part of their off-time continuing to hit tracks around the world… in a virtual setting. This is giving ‘Regular Joes’ like you and I the opportunity to compete against him on any given day. 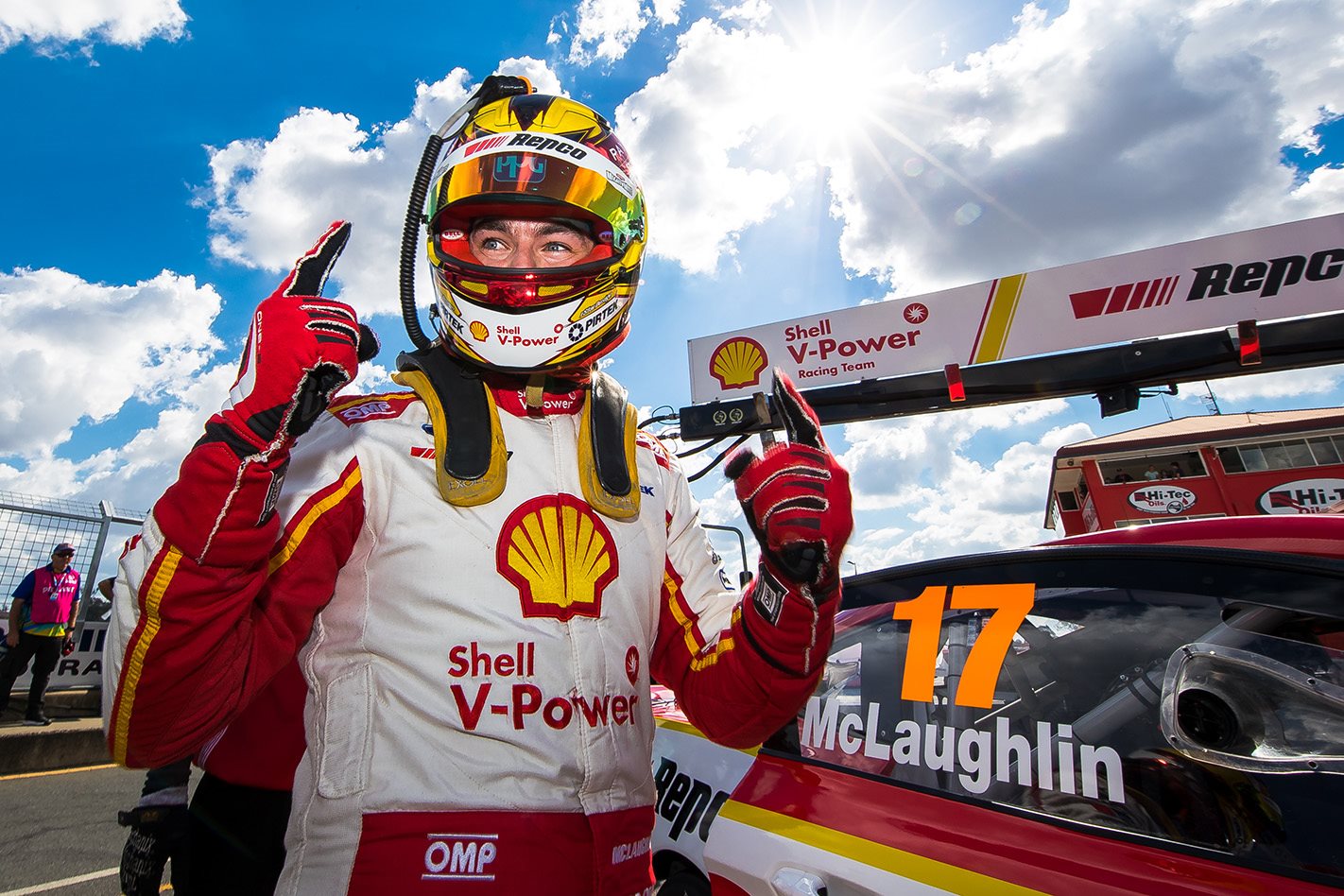 “I am on [iRacing] most nights, doing a couple races here and there,” McLaughlin tells WhichCar.

iRacing is one of the most popular hard-core racing simulations in the world, with countless professional drivers using it to hone their driving skills. The thing is that anyone can compete in iRacing, and if they are good enough, face off against the likes of McLaughlin in the comfort of their own home.

“I started using iRacing in 2009,” the Brisbane-based McLaughlin tells us. “I loved it from the moment I started. I enjoyed the racing, and having a crack against other drivers. I’ve always been a gamer since I was a little kid so I’ve always enjoyed the challenge.”

For his sim work McLaughlin uses a purpose-built rig from his personal sponsor SimWorx, with virtual reality capability.

“It took a little bit to get used to, but it gives you a very cool perspective,” he says. “With my missus and stuff, it probably hasn’t been the most popular addition to the house, but overall it has been a bloody good thing for my racing.”

However, there are some downsides to being easily recognisable online.

“It is very cool, but slightly frustrating sometimes because you can struggle to get a clean lap as everyone wants to race you,” he says.

Somewhat surprisingly, McLaughlin has been on the other side of the equation, and remembers how it felt to find himself racing against a full-time Supercars driver.

“I remember growing up, and in 2009 Shane van Gisbergen came online and I remember having him in my session thinking ‘holy crap I am racing against him’, and how cool that was,” he recalls. “I think when we jump on it validates the system, and makes everything better, and verifies it all for the public.” 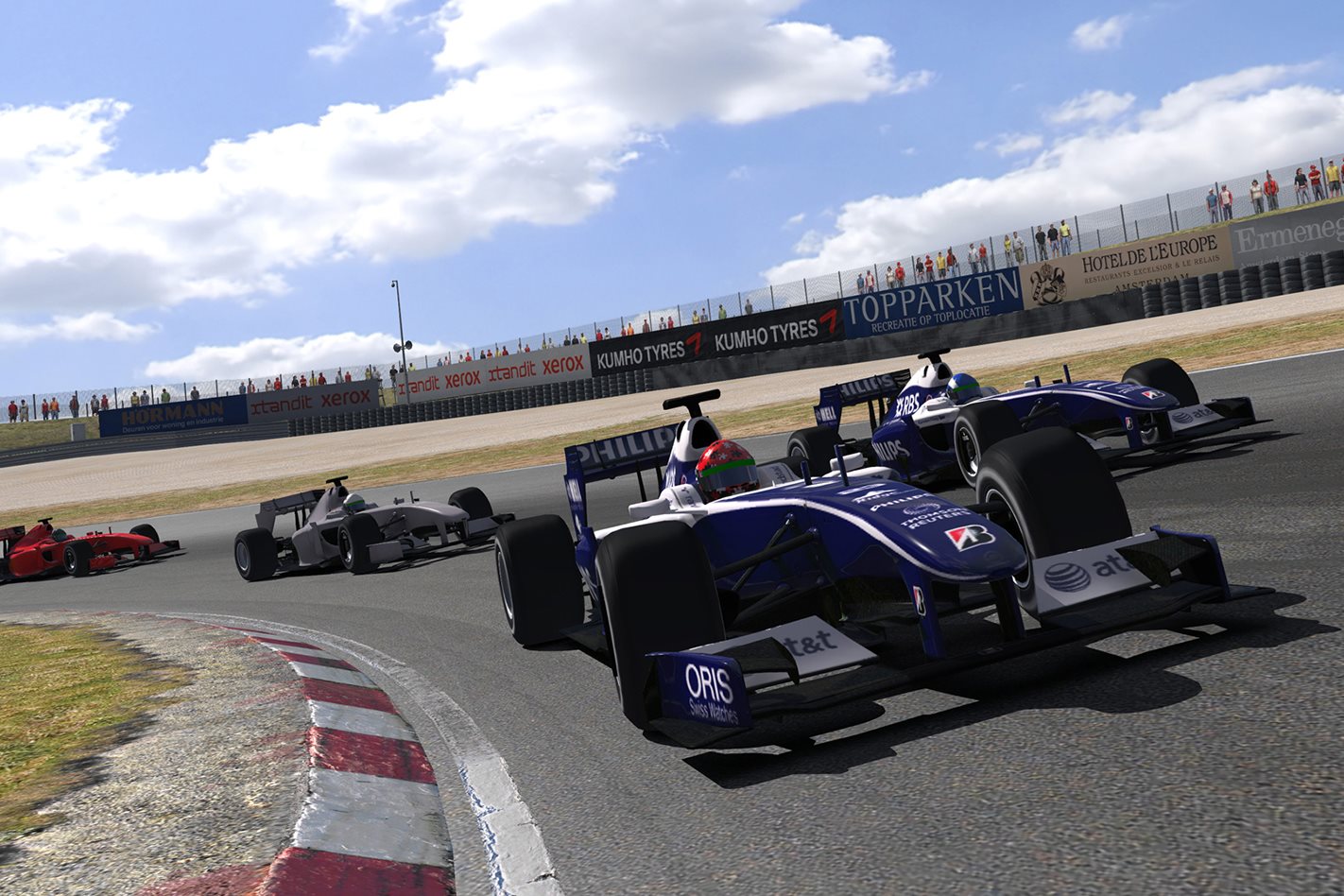 The opportunity for fans to race against their motorsport idols was previously unheard of, and McLaughlin relishes the ability have a unique interaction with his supporters, even if it does give him a fright at times.

“When a fan comes up to you at an autograph session and says to you ‘hey, you took me out last week in an iRacing race’, it gets a bit nerve wracking – especially if they are big,” he laughs.

Given his supreme talents behind the wheel of one of the toughest touring cars in the world, you’d think McLaughlin would be able to stomp his virtual rivals. But that’s not the case.

“They are aliens!” he exclaims with a chuckle. “They are unbelievable, and very good drivers.”

“They understand what they need from the cars, and know what is needed to go fast. It’s exactly what you need in real life as well, but it certainly pushes you to improve. I am nowhere near those blokes in iRacing. I’m good for a top five, but probably am never going to be right up the top. But that is what pushes you, and why you go racing all the time.”

Despite the fact that he isn’t as dominant on a virtual track as he is in his Supercar, McLaughlin enjoys the challenges of his regular iRacing sessions. 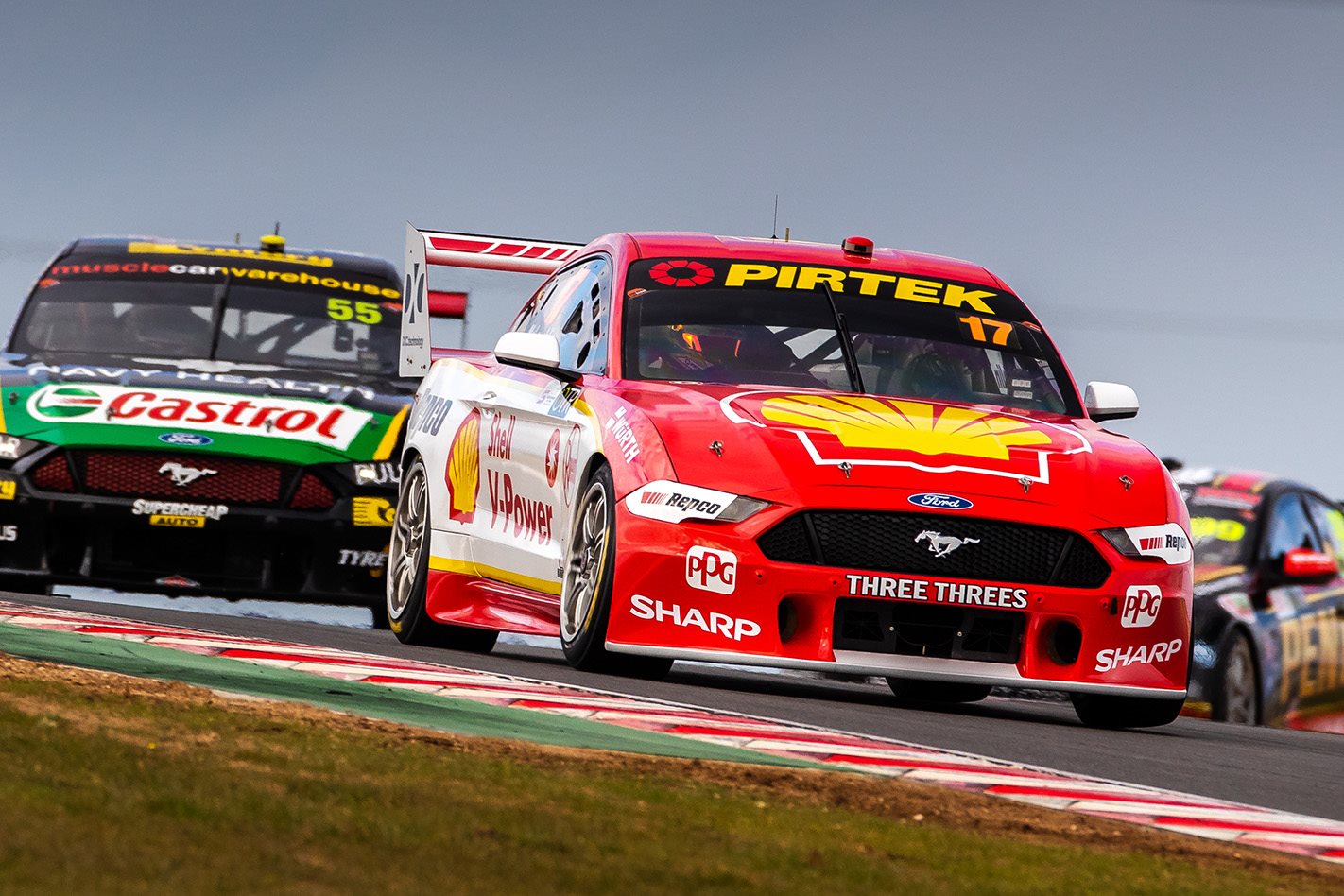 “It is something that I do enjoy, trying to find the limit quickly when you only have an hour of practice before you go into a race at a track you have never driven before,” he explains. “I don’t get that too much anymore – I know all the tracks in Australia, and I know what goes on.”

“It is working on traits that you use growing up racing go-karts, when you are visiting new tracks all the time. Then when you get to the top level everything is a bit more repetitive, and iRacing definitely doesn’t repeat itself much at all.”

One of the regular events that McLaughlin competes in is a public session called ‘Just Send It’, which is run by a small and dedicated team.

Simon Feigl plays a small part in promoting the events, which take place every Tuesday. ‘Just Send It’ has gained popularity for its laid-back nature, and the big name drivers it attracts to race against the general public.

“The initiative behind ‘Just Send It’ was to create something that real world drivers and professional sim racers could get into that was relatively low commitment,” he explains.

“Obviously with real world drivers they aren’t on the sim all the time, certainly not as much as a competitive sim racer, so we wanted to have something that would have a fixed set-up. This cuts out the need for having to develop a car set-up over many days and weeks like what we do in the competitive leagues.”

Tracks and cars are kept secret until the day, or day before, the event goes live, in order to even the playing field.

“This stops people from spending hours developing a car to enter the event with an advantage,” Feigl says. “It makes it more appealing for the pro driver, who doesn’t have that time and luxury, so they can jump in, and still be relatively competitive with an even playing field.

Feigl is a handy sim racer in his own right, being a former international finalist in Nissan’s GT Academy competition representing Australia, and having his own team, Altus Esports.

“I wrapped up after making the international GT Academy finals, and realised motor racing as a career wasn’t probably going to happen, so I went for the next best thing,” he tells WhichCar.

“I have been competing in iRacing ever since, and am now competing in the GT world championship for the last three years and running my own team with 14 drivers.”

So what is it that attracts so many racing enthusiasts and pros to the iRacing platform?

“It is still quite low in terms of its audience base against more popular games like Forza or Gran Turismo,” Feigl answers. “But it is very popular with that audience because it takes things to the nth degree.

“It has a very strong platform for competition with the irating system and safety ranking system. It has an underlying structure which is very strong.”

Justin Ruggier is one of sim racing’s greatest success stories in Australia, with over a decade of virtual racing experience, including winning competitions with the Williams and McLaren F1 team. 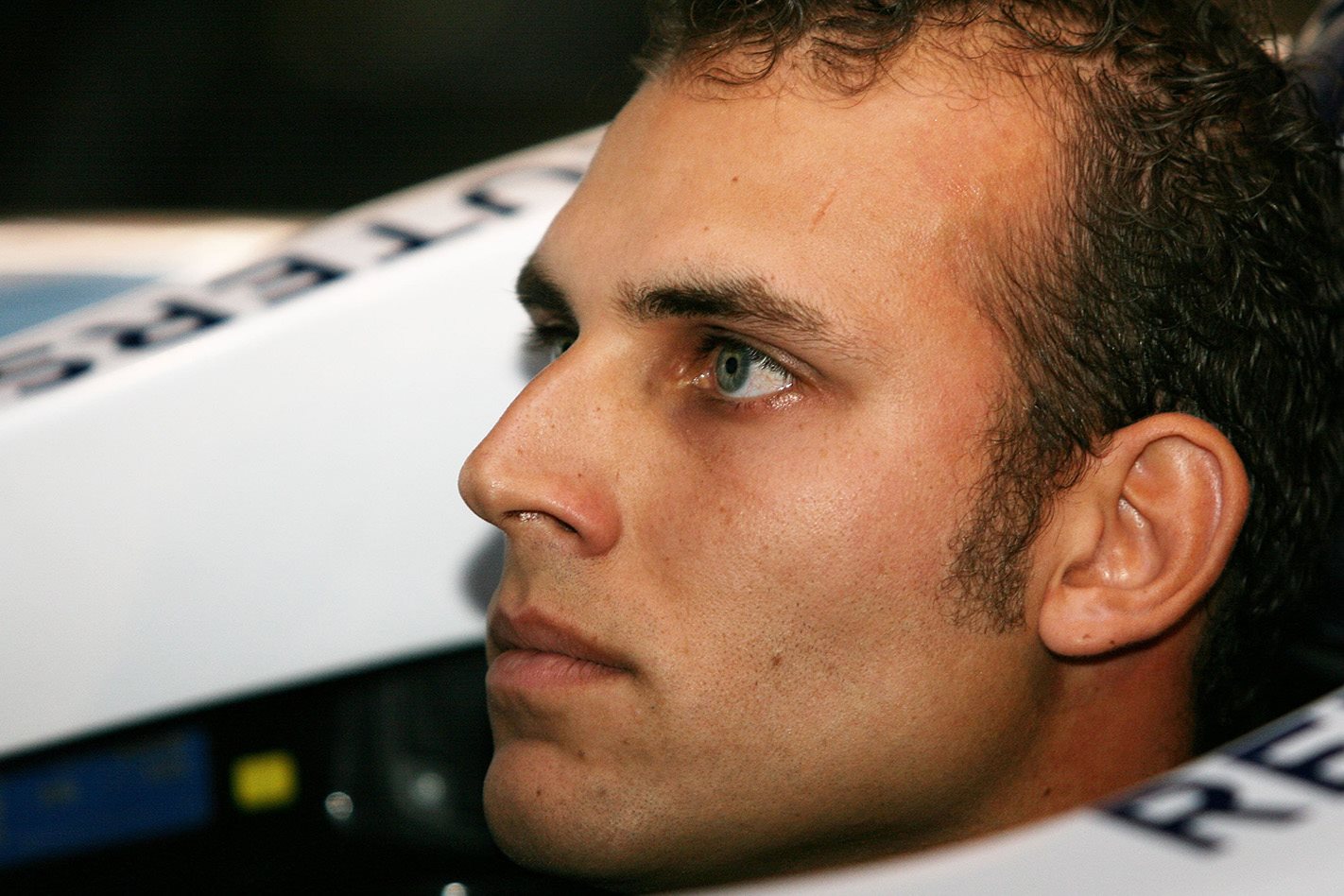 While he had competed in real-world racing sporadically from as early as 2008, he made his full-time national debut in 2014 in the then unofficial third-tier of Supercars, the Kumho series (now known as Super3).

Ruggier won the championship, solidifying his credentials as a bona fide racer. However, budget constraints meant his national career was put on ice. During his hiatus, Ruggier used sim racing to remain fighting fit for an inevitable return. He now competes in both Aussie Racing Cars and second-tier Supercars series, Super2, on a full-time basis.

Ruggier uses sim racing as a tool for his real-world competitions, setting delta times on his rig at home before he straps into the cockpit at the track and chasing his virtual benchmark.

He distinctly remembers how he felt when he first came across a mainstream driver in a virtual setting.

“It was daunting,” the Sydney native explains. “You don’t want to hit them, and upset them or give them the shits. You want to give them a good impression.”

“That relationship started back in ’07, back when everyone was playing rFactor,” he recalls.

“Shane popped up online, and I was a big fan, and big follower, and we started racing because we were so competitive, we kept sending each other messages, and eventually we ended up on the same [virtual] team. It taught me a lot about data, getting the most out of the car on the sim, and then replicating that in the real world.”

Now it is Ruggier giving competitors anxiety as he drives for the most successful sim racing squad in the world, Team Redline, which along with a number of dedicated virtual racers also includes mainstream stars like Max Verstappen and Lando Norris (both of which currently compete in Formula 1), and van Gisbergen.

“Imagine trying to reach out to those guys in real life, you’d never hear back! But to be involved in that team, and hear how they go about racing, is pretty inspirational for me, and I am very grateful,” Ruggier adds.

For the virtual Bathurst 12 Hour event, he was partnered with both van Gisbergen and Verstappen, which is a completely different type of daunting. 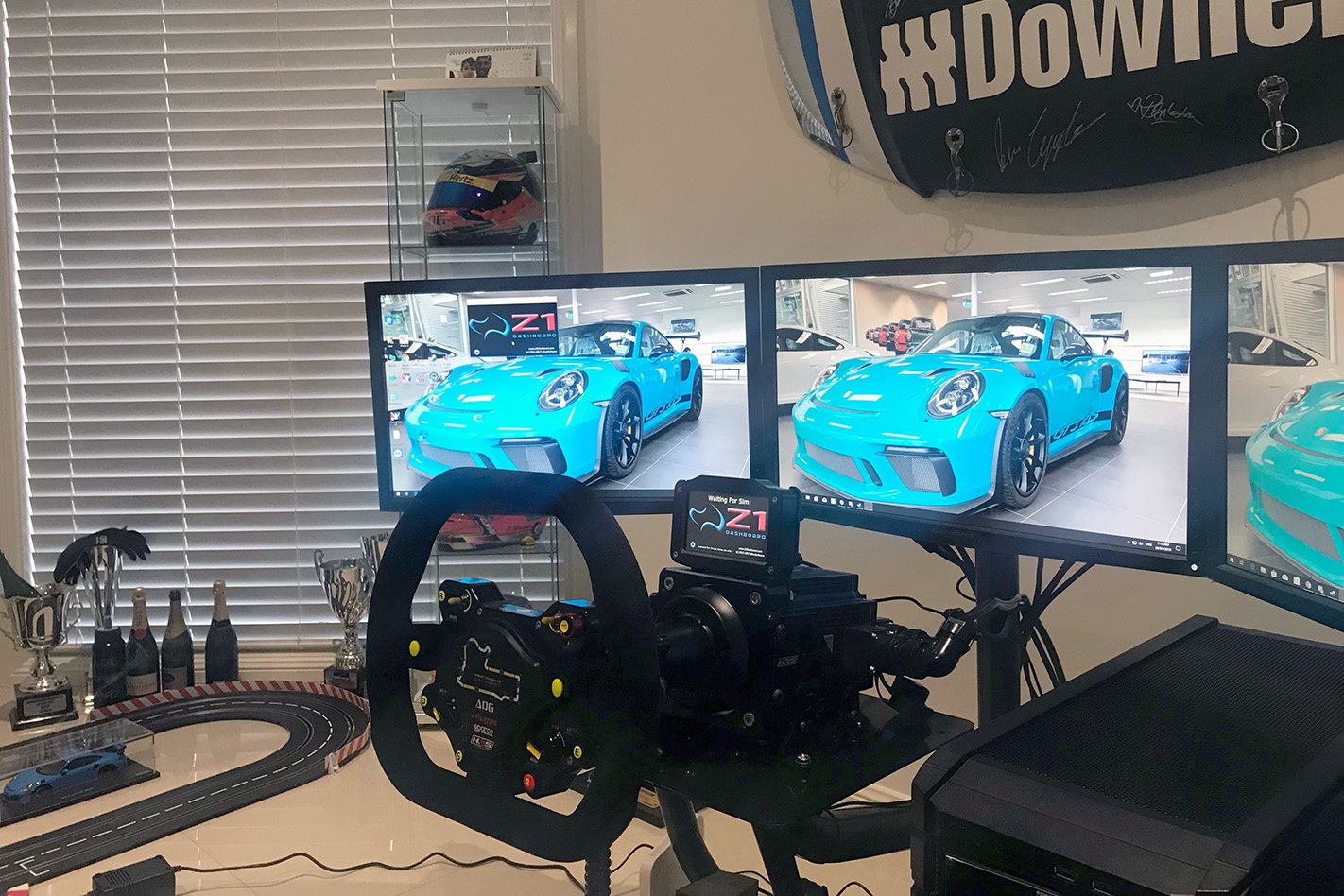 “For me, when I am doing a 24 Hour Race with Shane van Gisbergen as a teammate, with that sort of calibre of driver in the team you can imagine the level of expectation,” Ruggier says. “He doesn’t like coming second, and neither do I.

“So you are training that whole week, just logging hours after hours after hours to get into that mental state of not making a mistake, and then racing at 1am or 4am, putting numbers into spreadsheets to make sure that we have maximised fuel strategy, and pit stop times, it is pretty full on.”

“If you want to win, you need to take it to the next level, and get on one of those big, serious rigs.”

So while you’ll be able to go wheel-to-wheel with some of motorsport’s most successful drivers from the comfort of your couch, if you really want to take it to them in earnest, you’ll still need the dedication and tenacity of a professional athlete.