Meet the three-cylinder with meat – the new-generation Ford Fiesta ST has been revealed and it will officially ditch a cylinder on the switch to 1.5-litre turbocharged power.

The next version of one of our favourite hot hatchbacks moves to 147kW (up 13kW) and 290Nm (rising from 240Nm) despite downsizing from the current 1.6-litre turbo four banger.

A claimed 6.7-second 0-100km/h doesn’t attempt to make global headlines, but a standard six-speed manual indicates that Ford would rather please drivers than consumers. Perhaps to appease turbo-triple sceptics, it also makes several compelling claims for its new engine. 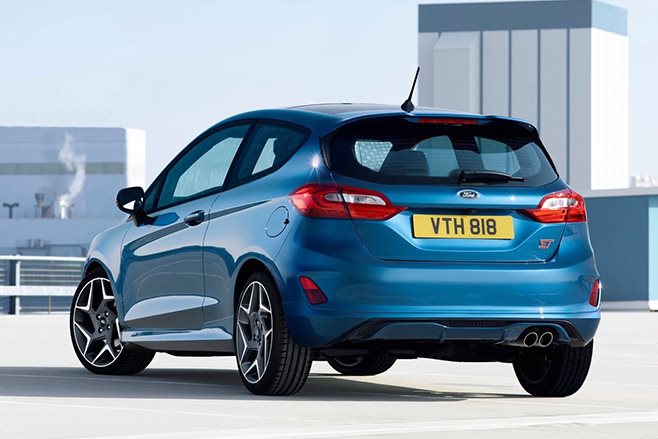 It highlights that a three-cylinder “naturally” makes greater low-rev torque than a four-cylinder thanks to less reciprocating mass; while a combination of port fuel injection and direct fuel injection is designed to increase response when the engine isn’t revving and boost performance when it is.

Plus, a triple always sounds more charismatic than a four (that’s us, not Ford, saying that…)

It should be lighter, although kerb weight isn’t provided. Fuel consumption, however, drops to 4.9 litres per 100 kilometres (from 6.2L/100km) partially thanks to cylinder deactivation technology. Yes, the Fiesta ST can run on two cylinders when cruising. 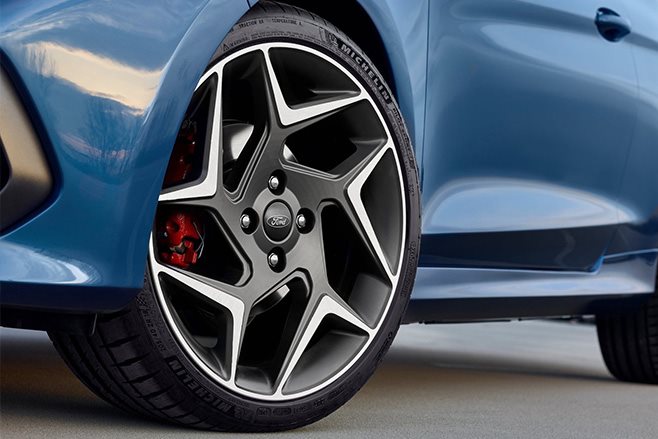 On the outside a honeycomb-mesh front grille and new 18-inch alloy wheels make an appearance, the latter wrapped in sticky Michelin Pilot Sport rubber. The inside of the new three-door is now far more upmarket, with an 8.0-inch colour touchscreen boasting Apple CarPlay/Android Auto smartphone mirroring and Ford’s Sync3 digital radio/sat-nav system.

Fez owners will still find Recaro sports seats, but the scourge of multiple Drive Modes has finally nabbed the ST. Normal, Sport and Track modes appear, only the latter of which provides a “wide angle” electronic stability control (ESC) setting, although a separate button can turn it “fully off”. Torque vectoring control can also brake a spinning inside wheel. 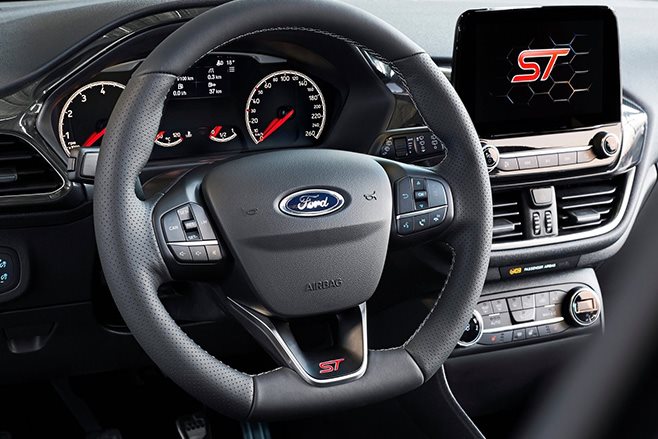 Meanwhile, Sport sharpens the throttle and firms the steering, while blasting sporty fake noise into the cabin. Given the small Ford offers brilliant steering and throttle without defaulting to multi-mode selection, however, indicates that this could be superfluous.

In Australia the ST is the most successful variant of the entire Fiesta range and the only version imported from Europe. It could even mean that we see this hot hatchback locally before the cooking models that are imported from Thailand, a factory that is still building the old model for our market. 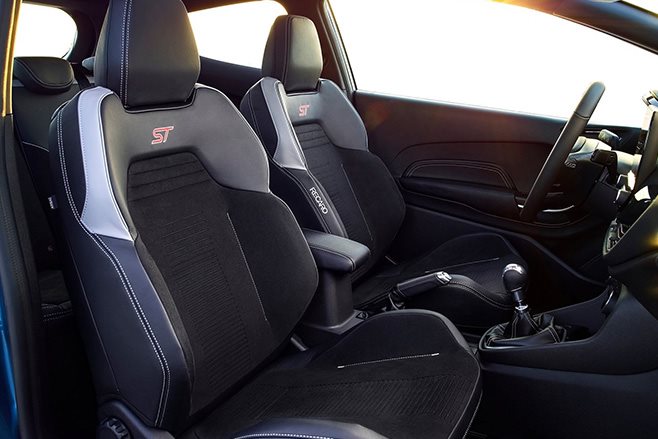 “What you’ll see in Europe is a European outcome,” he told MOTOR at a media event in Melbourne last week.

“Things will play out over time. We see global vehicles come through, we’re a global company, as you would expect. When we’re ready to talk about the Fiesta, we’ll come and chat with you.” 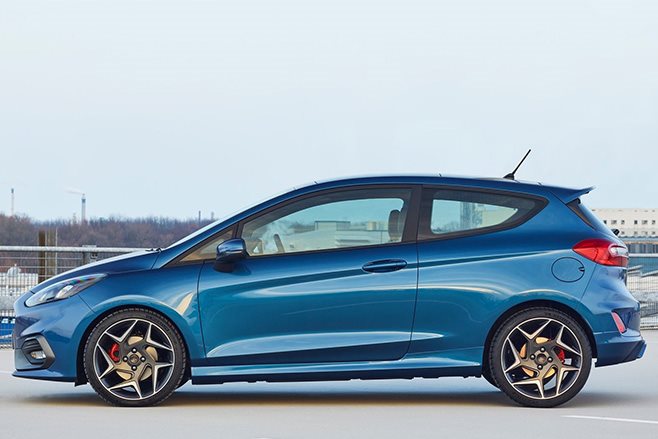