It was at PCOTY 2013 that I stepped out of the Fiesta ST and openly confessed I wished I needed to buy a new car.

Because as far as I was concerned right then and there, the little hot-rod Henry would have been a walk-up start for my cash. Not that the last couple of years hasn’t been a champagne period for affordable performance, because with the new Renault Clio RS, the Toybaru 86/BRZ twins and the Fiesta’s big bro, the Focus ST, showrooms were full of big performance for small coin. 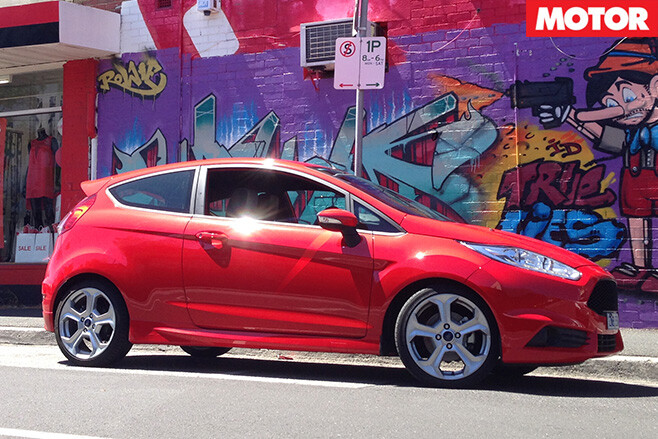 But something about the Fiesta ST really struck a note with me. The Focus ST is dearer and less chuckable, the Clio RS is only available with a double-clutch ’box and the 86/BRZ lacks a bit of mid-range balls as a street car. All of which made the Fiesta stand out like Mutley’s nutleys.

So when the children at MOTOR suggested I take custody of the long-term Fiesta, I was banging on the door before the phone hit the cradle.

My plan is to do some long trips in the Fiesta as well as thrash it around town and maybe even throw in the odd track appearance (sorry Ford). And while I realise most owners will have similar agendas, I wonder how many will take it on big interstate trips like I’m planning. For now, of course, I’m still bathing in the glow of new car ‘ownership’ and busily showing the little Fordy to all my mates. Interestingly (and probably thanks to the 17s and stance) not a single one of them has asked what the hell I’m doing with a girl’s car, which is unlike them. Try that with a Barina Spark.

And while I’m yet to put the first tank of fuel through the ST, a couple of things have occurred to me. The two-door layout and those l-o-n-g doors mean the seat-belt is a big stretch behind you to snag the buckle.

I’m developing a technique where I reach behind with my right hand and drag the belt forward, but I reckon this is one ‘characteristic’ that could wear thin pretty soon. 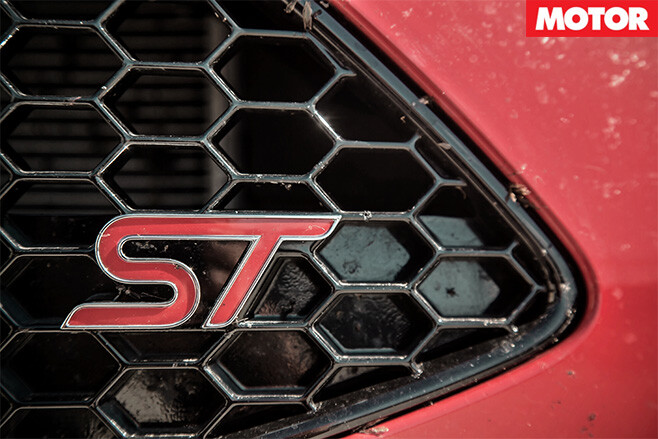 The hill-hold function also seems clumsily calibrated and quick take-offs often see the car straining for a millisecond against the hill-holder which then suddenly lets go with an inaudible ‘ping’ that puts a jolt through the car. I’d rather have no hill-holder than this one (no grown-up should need one anyway).

Beyond that, the clutch take-up is a bit hard to feel but very sharp, meaning you need a few gear changes to get it right. Couple it with that hill-holder and first impressions can be daunting.

I’m also taking my time getting used to the long, narrow feel imparted by the cabin (even if the chassis soon dispels that sensation). And the interior layout itself? I’m no interior decorator, but this looks bitsy and piecey to me. 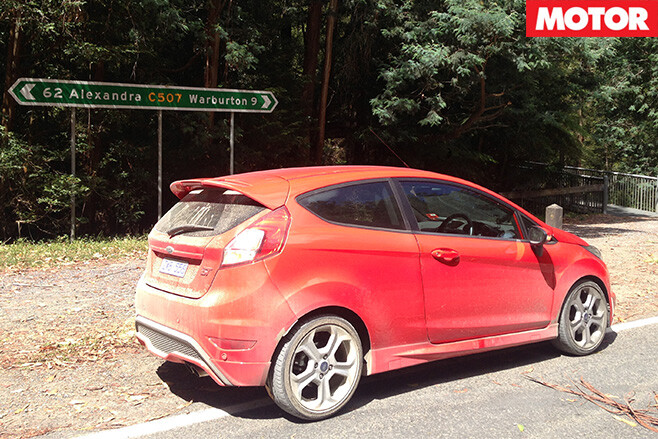 Outweighing those niggles though are the things I already lerv about the Fiesta. The power – and especially torque – obviously, but also the slick gear change and the way it’ll pull big gears from low speeds and still make boost. This 134kW 1.6-litre mill is proof modern turbos are here to stay.

I like the ride, too; the fact it’s firm but fair and the damping seems to be right on the money (although I’m saying that about a lot of stuff lately). The vision to either side is better than the waistline would suggest and with the rear seats down, there’s a fair bit of luggage space. And I just love the Recaros.

I’ll report back when I’ve put some serious kays on the little bugger’s Potenzas and figured out whether it’s the real deal or a weekend wonder.