The fourth generation and latest compact hot-hatch from Dieppe stacks up a bit short, on paper at least.

Compared to its predecessor, there’s no manual ’box, trick independent steering axis or high-revving 2.0-litre. It’s gained weight (14kg), wears smaller shoes (205mm instead of 215mm), and has a narrower stance (15mm less track at the front, 20mm less at the rear).

Moreover, its turbo engine, which it shares with the Nissan Juke, only makes 15Nm more than the natural breather it replaced. 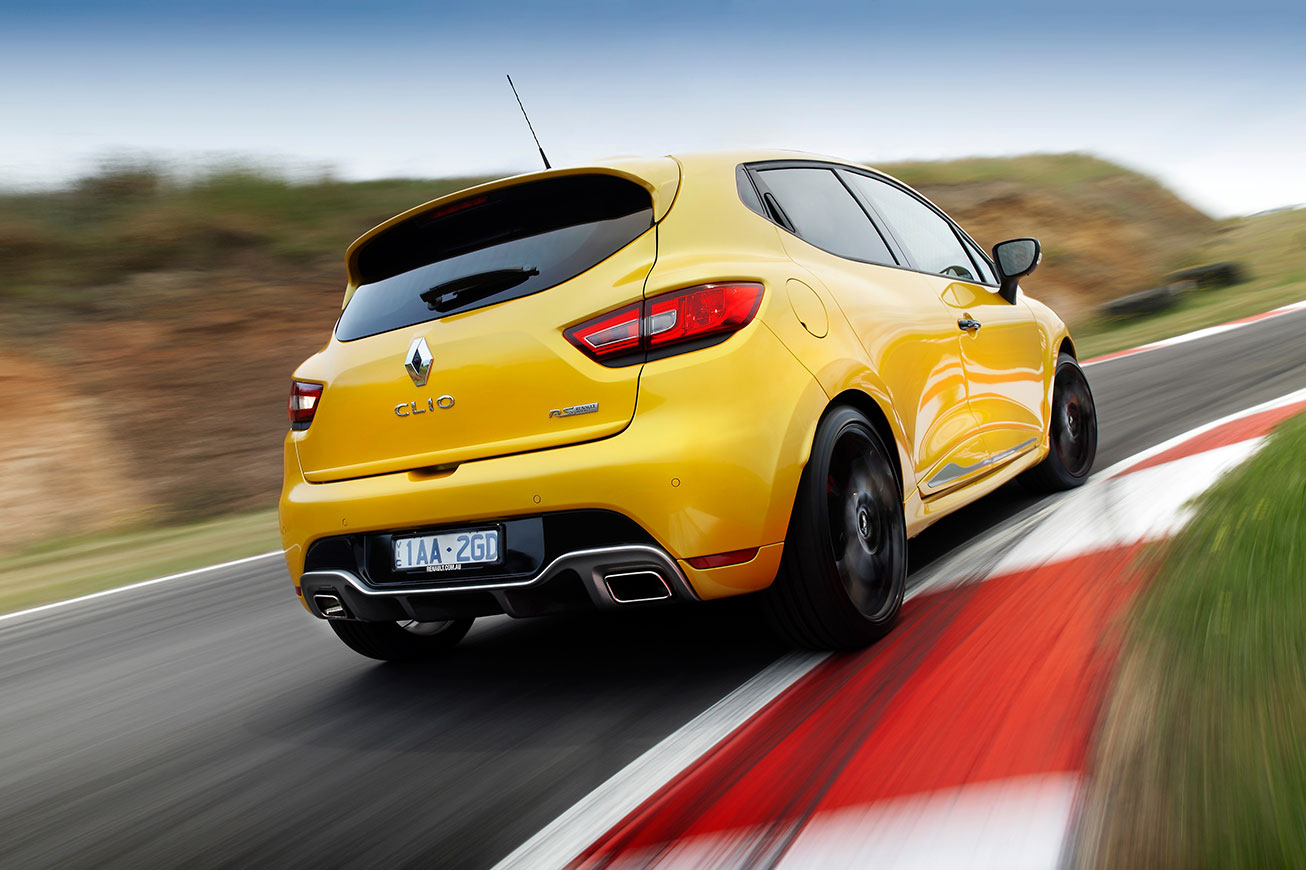 However, it just ducks under $30K, starting at $28,790 for the base Sport variant. That’s over $10K cheaper than before and, crucially, within reach of the price-busting Ford Fiesta ST.

The Cup variant, with stiffer springs, a lower ride height, gloss black 18s, and Dunlop Sportmaxx rubber, is pegged at $31,290.

The Trophy specification, as it has in the past, adds a fair whack of spec and an RS monitor 2.0 system (a data logger which can review track runs) for a hefty $5500. So before you know it, a Clio RS could lighten your back pocket by $37K. 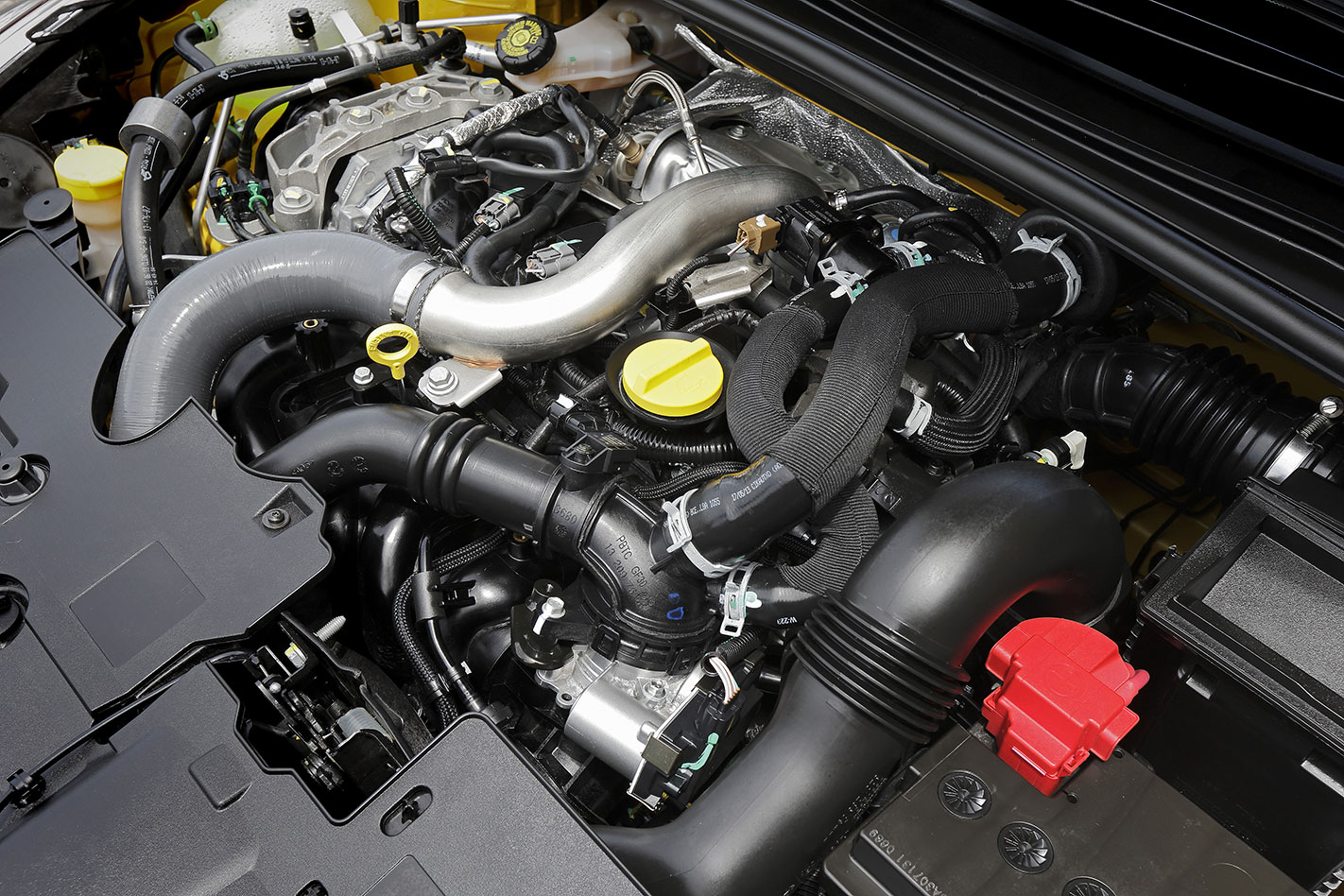 Nevertheless, the base Clio RS 200 EDC Sport has all the mod-cons you’d need and expect from a five-door city warrior, like auto headlights/wipers, hands-free entry and leather steering wheel.

And the Sport’s silver 17-inchers, wrapped in Goodyear F1 rubber, look nice and chunky. But it’s on the bitumen where the Clio grabs hold of you, literally, as its seats squeeze your kidneys tighter than a South American organ thief. 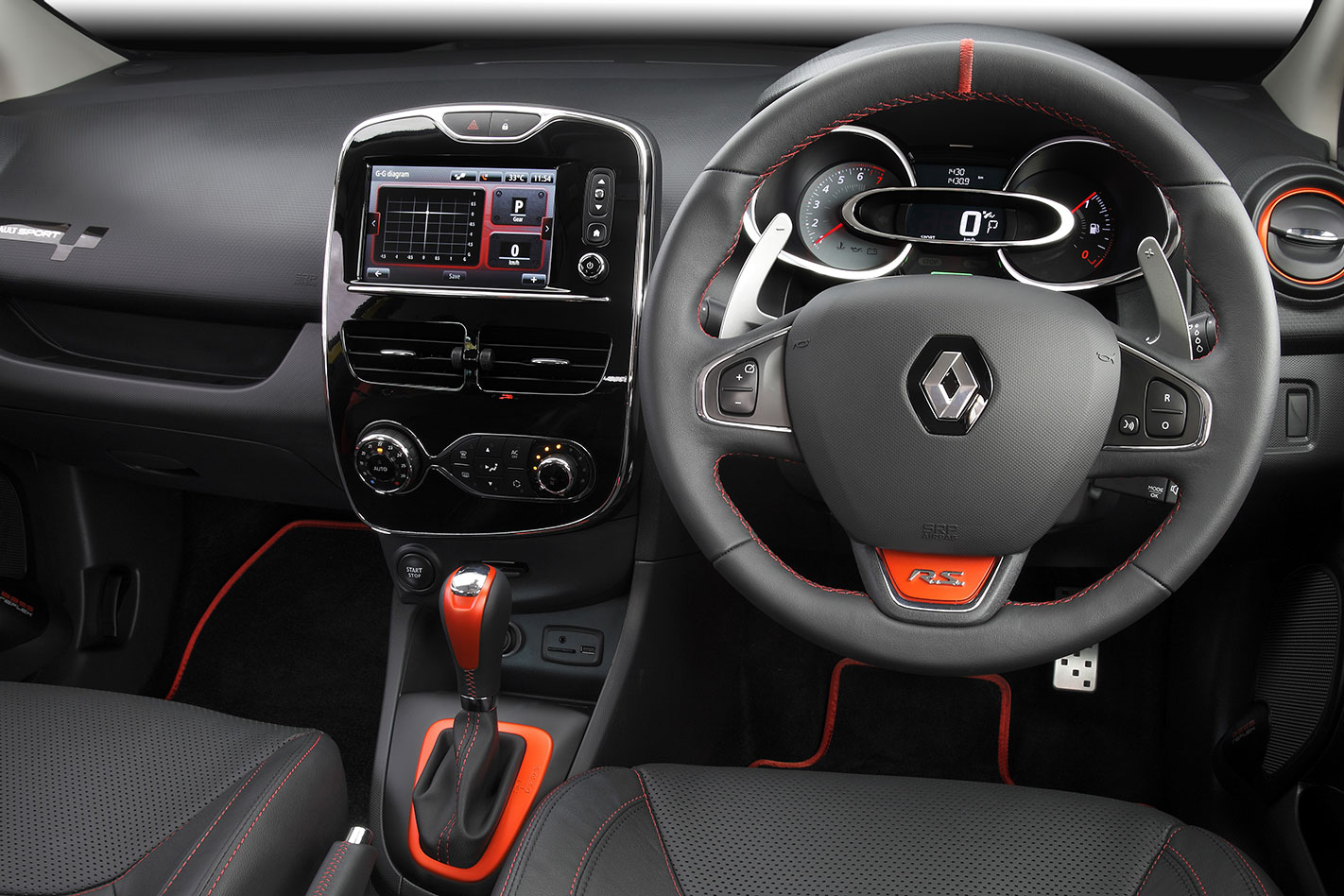 It’s a necessary cuddle, though, as the RS goes for apexes like a puppy goes for exposed toes, and its fantastically-balanced chassis lets you wag its tail with a little lift-off. Try that with the Cup chassis and that wag becomes a slide, yet you always feel in control.

Between corners the RS is a little less exciting. Sure, its Getrag dual-clutch fangs through gears frightfully quickly, and its idiot-proof launch control will easily match the claimed 6.7sec 0-100km/h, but its engine sounds industrial doing so. 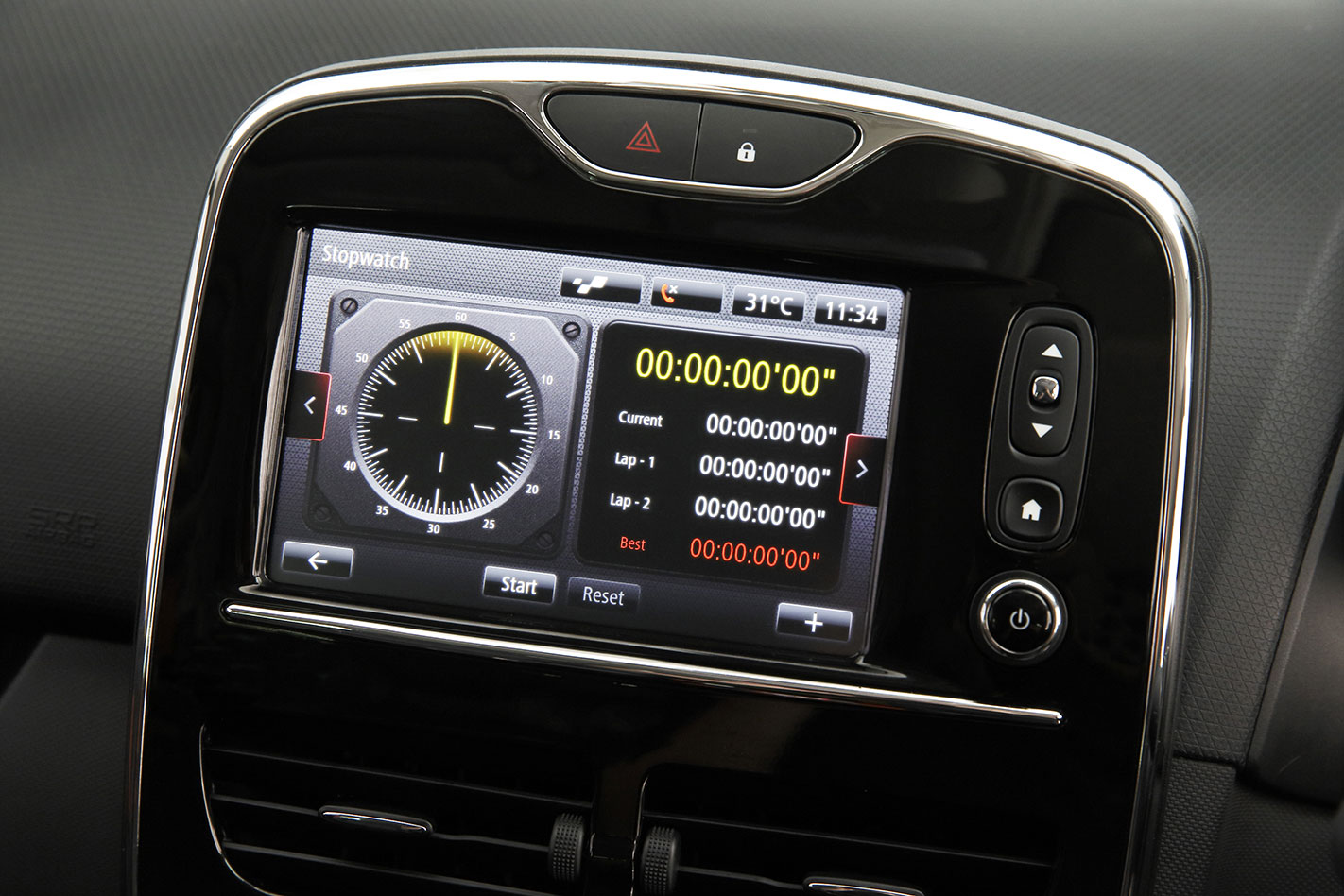 Some might bemoan the Nissan engine and auto transmission, but holding that against it would be like dismissing Eva Mendes at a bar because she has a mole on her face.

While it’s not the sharpest in its segment, the Clio RS 200 EDC is well finished, practical and more than playful when you’re up for it. Oh, and EDC stands for Efficient Dual Clutch.

Click here to watch the video review on the full Renault Clio. 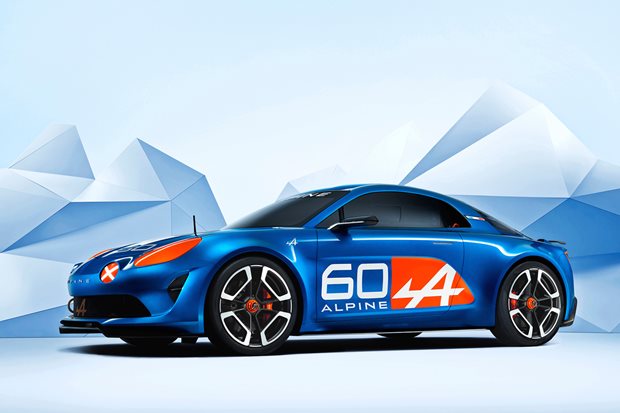 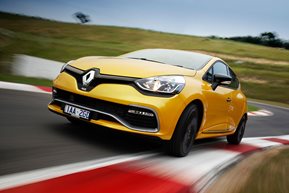