SUBARU has ruled out ever adding a manual gearbox for its WRX-engined Levorg station wagon, saying the need to attract female buyers has priority over the desire to build a driver’s car with a bigger boot.

Hiep Bui, an engineer at Subaru Australia who helped to tune the three-model line-up’s suspension to suit Australia’s unique road conditions, said a manual gearbox was never an option for the car, which will sell here only with a CVT. The sedan-based Subaru Impreza WRX, which shares its engine with the Levorg, has the choice of either the CVT or a six-speed manual gearbox.

“This car [Subaru Levorg] is the right car for the Australian market,” Bui said. “It suits the family male, who wants the feeling of a big car to drive, and also the family wife who wants to drive a smaller car, so the Levorg is a good compromise that fits right in.

“The WRX has attracted female buyers because it has a CVT,” he said. “For us, a male wants to drive the car, wants it to handle, they want to push it to its limit, which suits a manual. “Women just want to feel power delivery at their feet, which a CVT is good at doing. This is why we don’t have a manual [for Levorg].”

Asked if the Levorg could one day come with a manual option, Bui said he didn’t think it would.

“The number of [potential] sales are not there to justify it,” he said. “The [Subaru] Liberty is all CVT, and that hasn’t got a manual option.

“There’s also the government regulations. The laws don’t make it easier to get a manual licence – you need to sit a different test for your P-plates if you want to drive a manual – and that’s a lot of deterrence [in the showroom].” 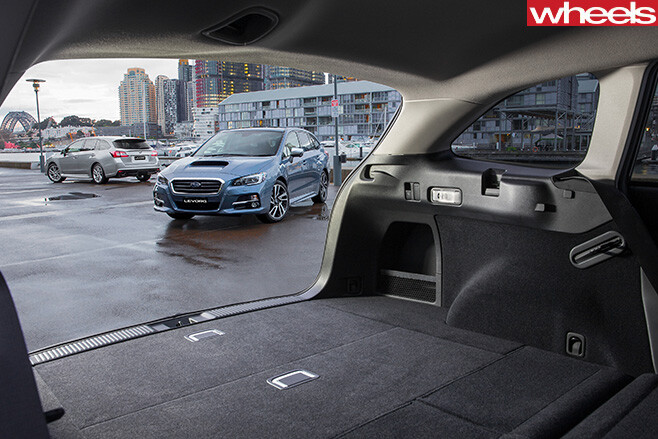 “We had an emphasis on meeting P-plate restrictions with the Levorg,” he said. “A P-plater can drive a car that does 6.6 seconds for the 0-100km/h. As a family car, we had to make sure the Levorg can cover all the bases.”

Bui said because it was a station wagon, owners would treat the Levorg very differently to a sedan-based WRX.

“We expect buyers to tow with the Levorg,” he said. “This is a wagon version, so many people will put their stuff in the back and hook up a trailer.”

The Levorg’s electronic stability control had been specially tuned to take towing into account after the engineering team found themselves forgetting there was a trailer on the back, and entering corners too quickly.