HERE’S a tip from your friendly consumer advice team at Wheels: if you’re considering a new Volkswagen Golf, don’t buy the current model unless it’s offered at thousands below the current RRP.

Why? Because the updated model, referred to unofficially as Golf 7.5, and arriving at the start of July this year, will usher in new levels of tech, convenience and equipment for what VW Australia says will only be a modest price rise.

The most significant movement comes at the entry point of the range. VW has deleted what was the base model, the 92TSI on its 15-inch steel wheels and fairly basic trim level (which was offered, in manual form, for $22,990 drive-away). 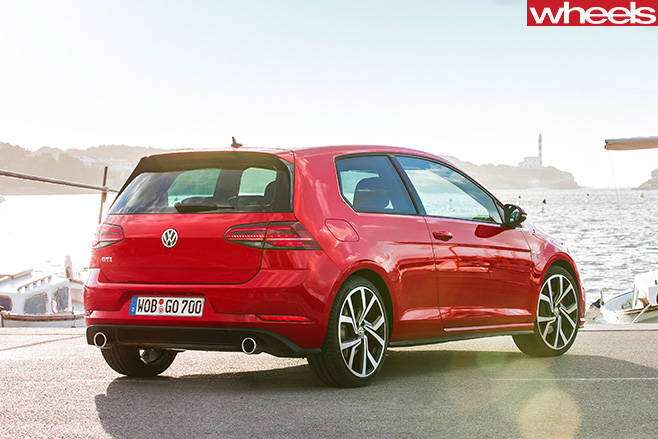 In its place comes an entry-level model powered by the 110TSI engine, (probably still called Trendline, says VW, but this is to be confirmed), offered with as a six-speed manual or more commonly, with the seven-speed dual-clutch (DSG) transmission. Standard equipment will include16-inch alloys (no steelies), an 8.0-inch touch screen and more up-spec interior presentation than that of the current model. And while the jump of 18kW is significant, more noteworthy, in terms of general drivability, is the torque leap: the 92TSI engine made 200Nm; the 110TSI produces 50Nm more, for a total of 250Nm.

However, this reshuffle exposes a disappointing fact: that Australia will not get the new-generation 1.5-litre turbo-petrol engine being rolled out as part of the Golf 7.5 release. This engine, making 110kW, features cylinder deactivation, and ushers in new levels of efficiency for this class. However, VW Australia claims its complexities make it unviable for the price structure of the new range. 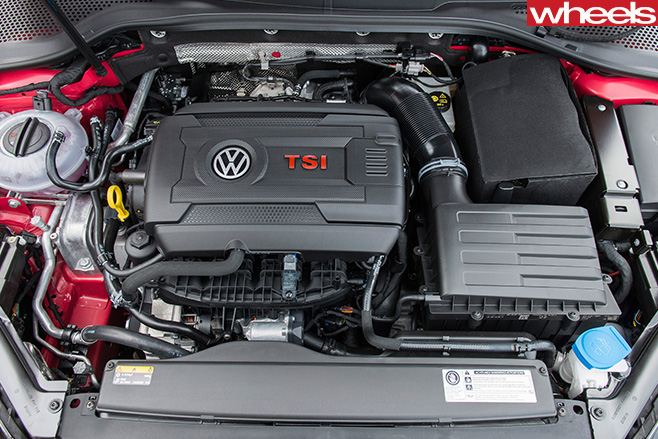 For hot-hatch fans, the news for GTI is welcome if not exactly earth-shattering: as part of the 7.5 line-up, Golf’s front-drive flagship gets the 169kW engine previously reserved for the Performance variant, a model that attracted a $3000 premium for its modest 7kW power advantage.

More significant is the safety, connectivity and convenience tech that will be offered in VW’s small-car icon. 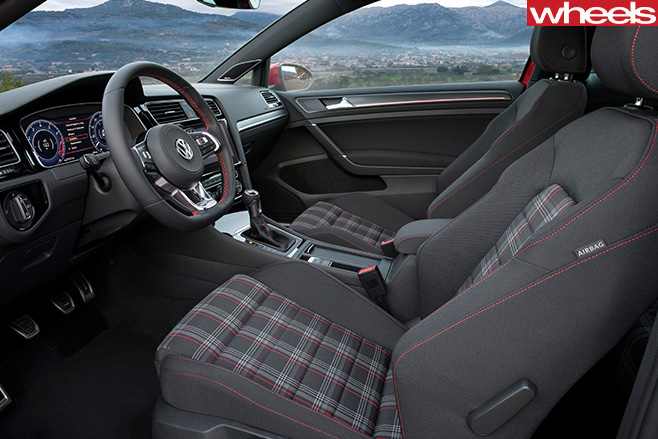 AEB will be now standard across the range. Then there’s Discover Pro, which is the term for the most advanced navigation system that will be offered on Highline models and includes gesture control. This tech, which allows the user to simply make hand gestures rather than divert their eyes to find a button, first made its debut on BMW’s 7 Series. The fact it’s now being offered on an affordable small car is all part of what VW refers to as “high-tech democratisation”: the concept that cutting-edge tech does not have to be the sole preserve of mega-dollar luxury cars.

Further evidence of this is the optional Driver Assistance package, available on Comfortline and above, that brings semi-autonomous radar cruise capable of taking over in traffic jams at up to 60km/h, as well as the usual blind-spot warning, and so on.

Golf 7.5 also brings Active Info Display on up-spec models, which is VW’s version of what Audi terms Virtual Cockpit, a 12.3-inch customisable instrument display that can be configured into one of five different profiles, including Classic, Performance, Efficiency and Navigation.

Stay tuned for more details on Golf 7.5, including drive impressions from the international launch, and, as soon as we receive it, local pricing.