It’s probably why the Zora – the low-slung Ford GT fighter wears the name of the engineer who shaped it, Zora Arkus-Duntov – was sprung overnight visiting a Michigan-based McDonald’s drive-through restaurant.

Still heavily disguised, but failing to hide those distinctive supersized cab-forward, stretched rear proportions that hint at a mid-mounted engine bay, the Zora is believed to be built on top of an eighth-generation Corvette chassis that includes plenty of lightweight aluminium spaceframe wrapped in a carbonfibre composite shell. 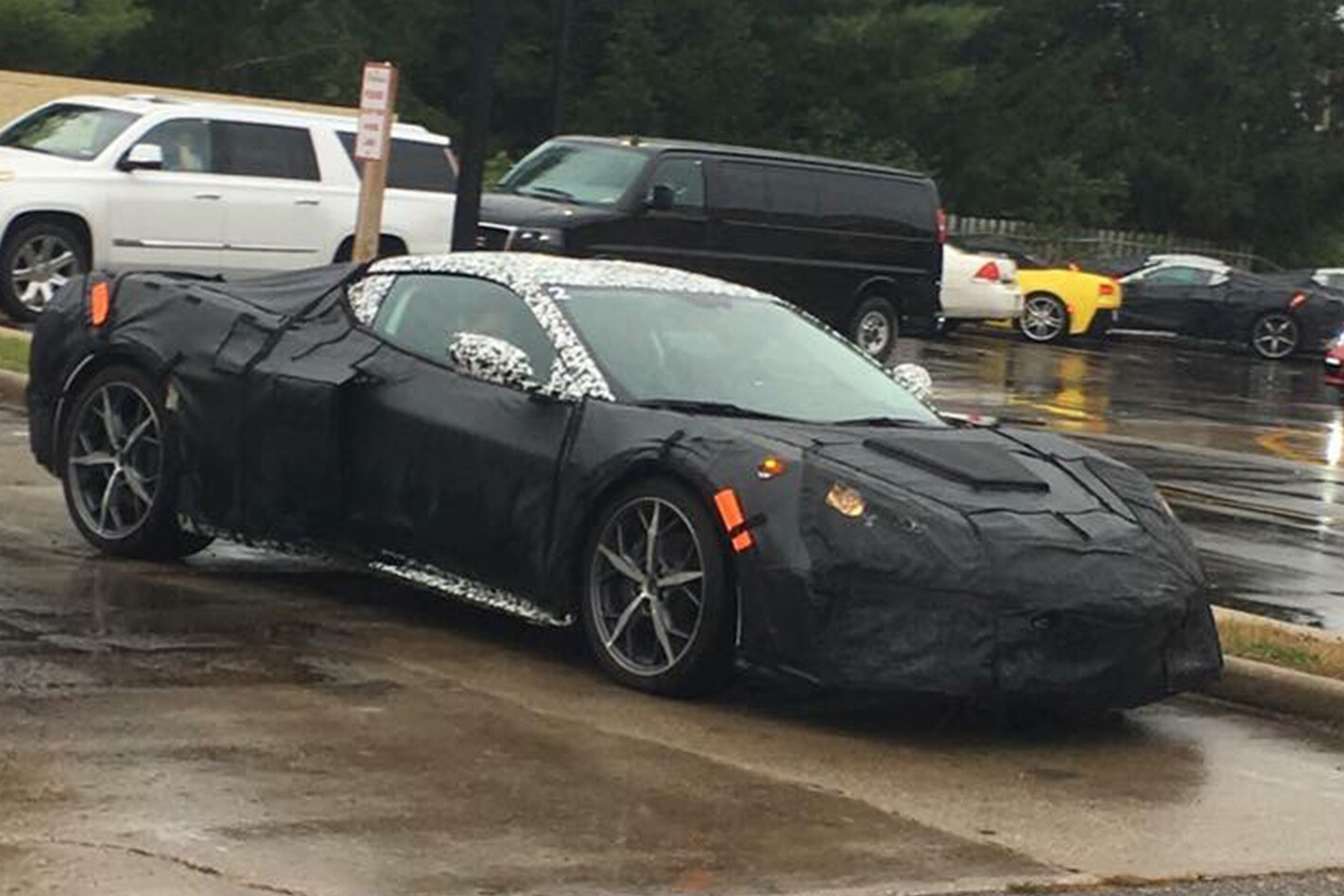 Images of the supercar – with the McDonald’s signage clearly in the background – were posted on social media overnight. Down the back of the Corvette’s new Uber Eats version is what is believed to be a twin-turbo V6 engine similar to that being developed for Holden-badged supercars, coupled to a dual-clutch transaxle transmission, or even a Tremec sequential gearbox.

There’s also the possibility the Zora will fit an atmo V8 in the back, making the burger run of the future just a little more deep-throated and vocal.

The Corvette’s move to a mid-mounted engine is believed to be down to the current C7’s design limitations – apparently shoehorning a large, powerful V8 over the front wheels and sending a tsunami of torque to largely unloaded rears doesn’t do much for step-off acceleration, where the energy is more likely to be dissipated as clouds of tyre smoke rather than tenths of seconds off the 0-100km/h sprint.

Moving weight rearward tips the balance of performance towards straight-line speed. Best of all, one day it’s going to be right at home in Australia’s Hungry Jack’s drive-through, with the C8 believed to be package-protected for right-hand drive development. And it will come here one day, as General Motors, Chevrolet’s owner, has spent shedloads of money ensuring the Corvette’s crossed-flag logo – originally rejected because the Chev bowtie it bears too closely resembled the protected Red Cross symbol – can be used here in Australia.

The next-gen Chevrolet Corvette already has a deep, and distinctly Aussie connection, with an early mule of the supercar wrapped inside a heavily modified Holden Ute skin early in the supercar’s development program.

Add to that an 18-month ban on visits to GM’s Bowling Green assembly line where the current C7-generation Corvette is made, and everything adds up to a 2018 US arrival for the circa $150,000 supercar, and a 2019 arrival for us.

Expect our first up-close look at the Chevrolet C8 Corvette at January’s Detroit Motor Show, where the pride of the US car makers often see the light of day. After that, it’s going to be a long wait for us that will keen the appetite ...