As we wait for the Demon to be released, we look back at all the information we’ve been given so far and try to build a picture of Dodge’s souped-up Challenger Hellcat before it’s seen at the New York Auto Show.

Dodge has been feeding the media information on its new machine over the past couple of months, but we know its release will also coincide with the premiere of The Fate of the Furious, after Vin Diesel accidentally told the world we’d see the Demon in his new flick.

Though we would still struggle to fill out a specs sheet at this point, it’s based on the Challenger Hellcat, so expect the Demon to pack a 6.4-litre supercharged Hemi V8 with a slight lift over the regular Hellcat’s already crazy 527kW/881Nm.

What we do know, however, is that the Demon will be more than 90kg lighter than its Hellcat sibling, which just tops the two-tonne mark at about 2030kg. 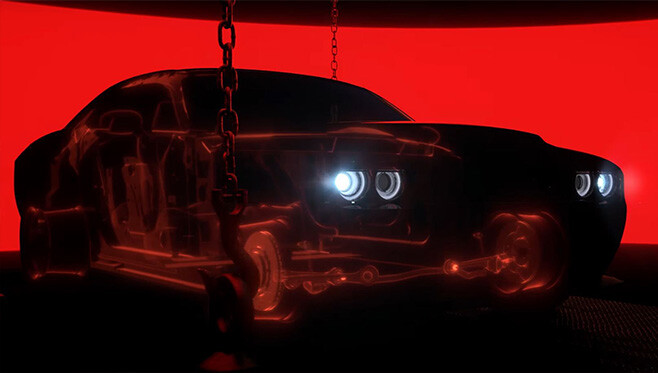 We also finally got a proper listen to the Demon’s exhaust, but it sounded… odd. We soon realised (as it rocketed down a drag-strip) that this was the side-effect of the Demon’s launch mode.

Dodge explains, “The 2018 Dodge Challenger SRT Demon’s unique exhaust note is the result of an advanced torque reserve launch system, the first ever designed for a drag race application on a production car.

In addition to the Demon’s torque reserve, launch will be assisted from the driver’s seat by the flick of a finger.

“Using the driver’s finger to trigger launch of the SRT Demon results in a 30 per cent reaction time advantage over foot-brake launches.” Continuing with the Demon’s desire to be the ‘first’ or ‘best’ of something, it’s “Air Grabber” will be the largest cold air intake hood ever installed on a production vehicle at more than 45-inches2 (290cm2). 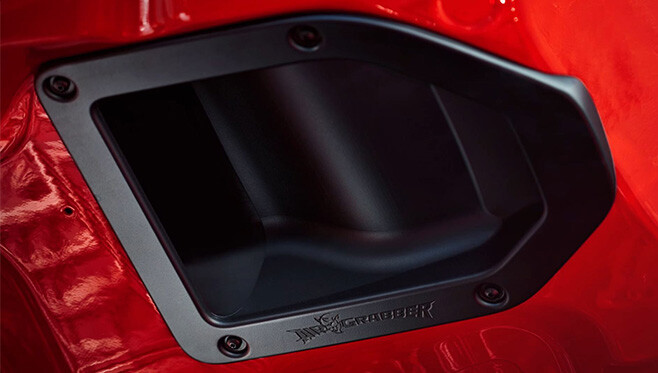 In another claimed ‘first’ by Dodge, the Demon should achieve induction temperatures previously unattainable by charged street-legal production vehicles with the use of its “liquid-to-air charge-air cooler chiller system”.

It’s a bit of a mouthful, but colder air is better air. 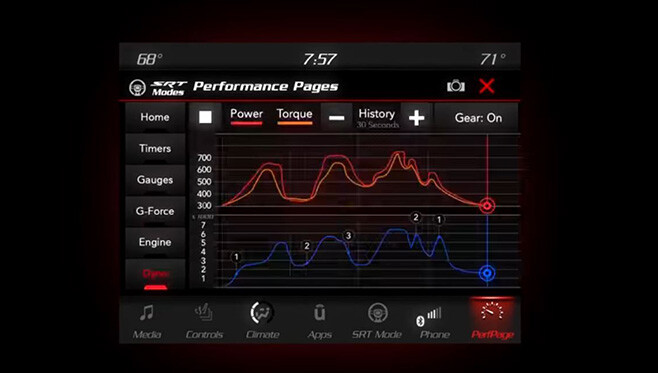 Soon, all will be revealed as Dodge drop all the details of its new thrasher for its launch.

Will the hype stack up to a car that can destroy its opponents on the strip? We have less than a week of waiting until we find out…