This is it – the Holden Commodore has been officially unveiled in a series of images, uncloaking the styling of the fifth-generation but first-ever fully imported large car range.

According to Holden the Next Generation Commodore was “designed in Germany by the Opel team with input from GM Holden’s team” – but it is now basically a rebranded Opel Insignia liftback.

The front adopts a wide, five-point grille that is slightly reminiscent of a Mazda6, while similarly wide and low front air intake and foglight recesses further place emphasis on a low-slung and broad stance. It’s all a trick for the eye, because NG is narrower than VF. 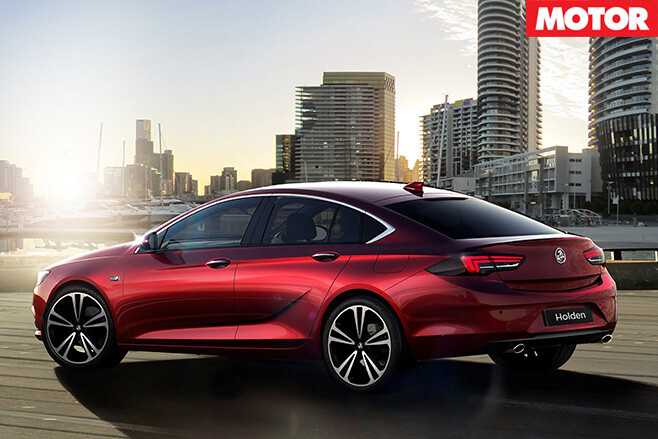 Boomerang-shaped daytime running lights are housed in the upper section of the sharply styled Matrix LED headlights that adopt automatic high-beam, which can detect forward and oncoming traffic and eliminate only the strand of light affecting them.

A rising beltline and chrome-tinged C-pillar kick meet with the new liftback design, which permanently replaces a sedan in the Commodore range – although curiously there is no rear window wiper. Rear tail-lights also feature boomerang-shaped bezels and meld into the side of the car, again serving to promote a wide stance.

The maroon and silver computer-generated models also feature large alloy wheels and a split-twin exhaust, indicating this could be the range-topping all-wheel drive V6. There are no Commodore badges to be found, however, and look closely and the images have been mirror-reversed from a left-hook vehicle. The cabin gets the same 8.0-inch touchscreen as the Astra and part-digital dials from the outgoing Insignia. However, the dashboard adds leather-trimmed surfacing with double-stitching on the seats.

The 230kW/370Nm 3.6-litre direct injection model will weigh 200kg to 300kg less than the outgoing Calais/SV6, and will not only team with a nine-speed automatic, but also score an adaptive suspension setup called FlexRide with Normal, Tour and Sport modes, and a ‘twinster’ all-wheel drive system with torque vectoring. 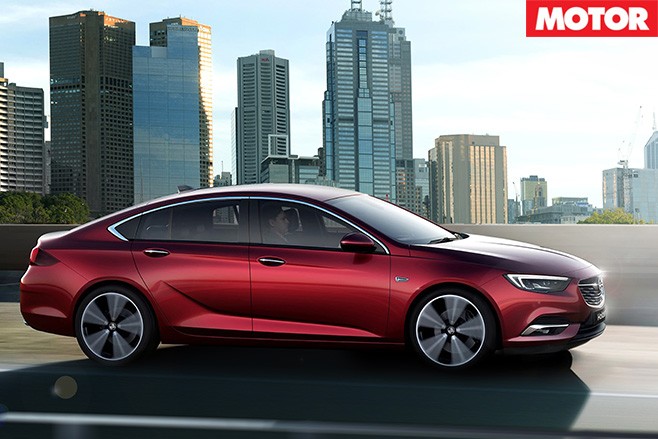 Curiously, the images make the NG Commodore look closer in size to the outgoing VF than the outgoing Insignia which this car has been designed to replace in the European market.

Indeed, following the 1988 VN and 1997 VT that were loosely based on the Opel Omega, the NG Commodore comes full circle by sharing its design entirely with the new-generation Insignia just like the original 1978 VB controversially did with the Opel Rekord/Senator.

Only this time, for the first time, Commodore will be built in Germany for Australia. It is due on-sale in early 2018.