The story of the Mercedes-AMG GT Roadster unfolds – thanks to a fabric roof – later next year.

THESE are the first pictures of the Mercedes-AMG GT Roadster, a folding-roof version of the ferocious GT Coupe that is set to stun the cashed-up, sun-loving world sometime around next March’s Geneva Auto Salon, or perhaps a month later in New York.

The two-seat R190 Roadster convertible is somewhat reminiscent of the closely related Mercedes-Benz SLS AMG Roadster. It trades the sleek three-door fastback silhouette of the C190 Coupe for a more formal notchback design reminiscent of Benz’s line-up from earlier this decade, down to the two-seater configuration and electrically actuated folding fabric roof. 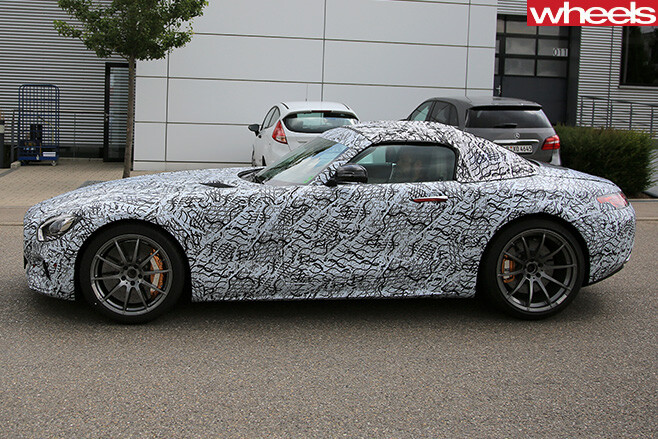 While the obvious target is the venerable Porsche 911 range, the Affalterbach, Germany-based firm will also be fighting off the likes of the Aston Martin Vantage, Audi R8 Spyder, Bentley Continental GT Convertible, Ferrari California T, and Maserati GranCabrio.

The 2018 model-year Mercedes-AMG GT range is also mooted to undergo a makeover at the same time as the extra bodystyle arrives, comprising of a minor facelift front and rear, updates to the interior, and potential boosts in performance and fuel efficiency. Questions remain over which variants of the GT Roadster are being prepared, with speculation alluding to a lower-spec Mercedes- AMG GT C (for Clubsport) joining the hardcore GT S (for Sport) model that has already blown our minds in coupe form. A track-weapon GT R could also be in the pipeline. Above that, a Black Series is rumoured some way down the track.

Whatever transpires, all are expected to be powered by revised versions of Mercedes-AMG’s ballistic M168 4.0-litre twin-turbo V8, found in the 350kW/650Nm GT S Coupe, mounted behind the front axle, and driving the rear wheels via a seven-speed dual-clutch transmission. With the weight of extra bracing adding a bit more ballast to the Roadster, expect the quickest versions to hit the 100km/h mark in around four seconds. 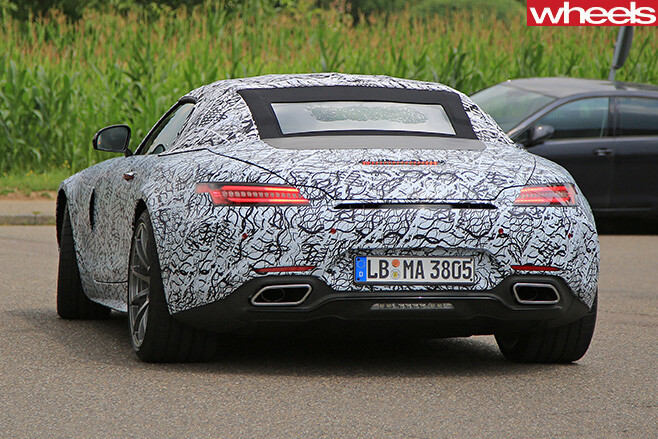 The Mercedes-AMG GT employs an aluminium space-frame chassis and body, with magnesium used for the bonnet and boot lid. The supercar uses double wishbone suspension at both ends.