Porsche’s monstrous 911 GT2 RS is not only the most powerful 911 ever, but the fastest car around the Nurburgring Nordschleife

LAMBORGHINI, McLaren, Radical. You are all dismissed, because there is a new undisputed king of the Nurburgring Nordschleife in town, and that’s Porsche.

We reported last week that the GT2 RS (the most powerful 911 to be created) was allegedly knocking out sub 7-minute laptimes at the infamous Nurburgring Nordschleife.

Well, strap yourself in, because Porsche has today confirmed just how far below that 7-minute barrier they have gone. 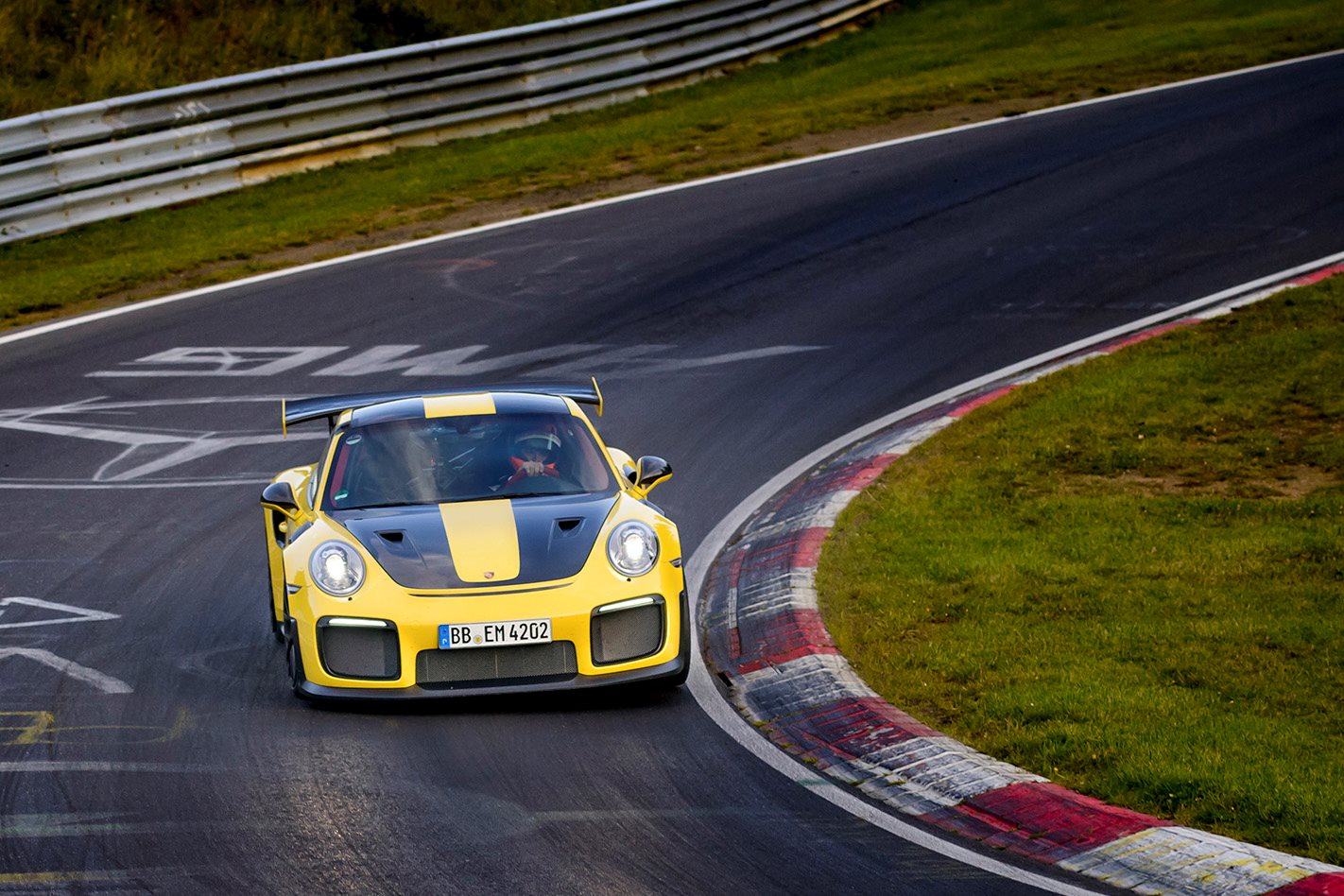 Despite Porsche setting a modest target of 7:05 for the reborn Widowmaker, the 911 GT2 RS lapped the Green Hell in a gobsmacking 6:47.3, making it the fastest road-legal, production car around the challenging 23km circuit.

That’s nearly 5 seconds faster than the Lamborghini Huracan Performante and under a second faster than the Radical SR8LM (essentially a race car with headlights). The Nio EP9 all-electric hypercar (which was rumoured to complete its lap on slick tyres) may be faster but is far from a volume production car, and though the McLaren P1 LM (a street-legal version of the track-only P1 GTR) may be quicker, Porsche says it doesn’t count as a “road approved sports car”. 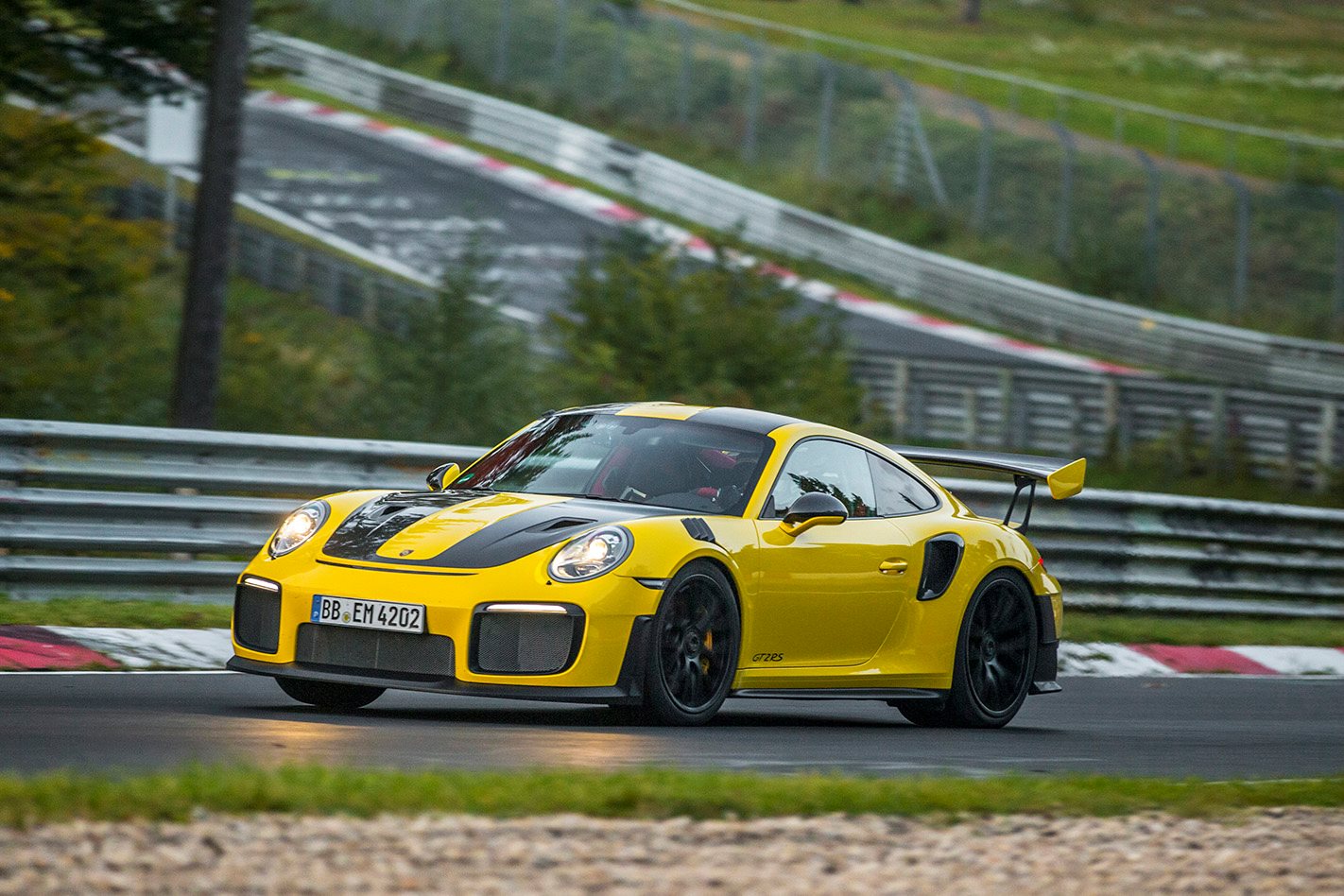 The new lap also hands the 2018 911 GT2 RS the title of fastest-ever road-faring Porsche to lap the Nurburgring, with the 918 Spyder’s previous personal best of a 6:57.00 blown well and truly out of the water.

While several of those cars mentioned above are either built in extremely limited numbers or barely-legal race cars with headlights added, the GT2 RS is a production road car that’s built on the same production line as every other 911. 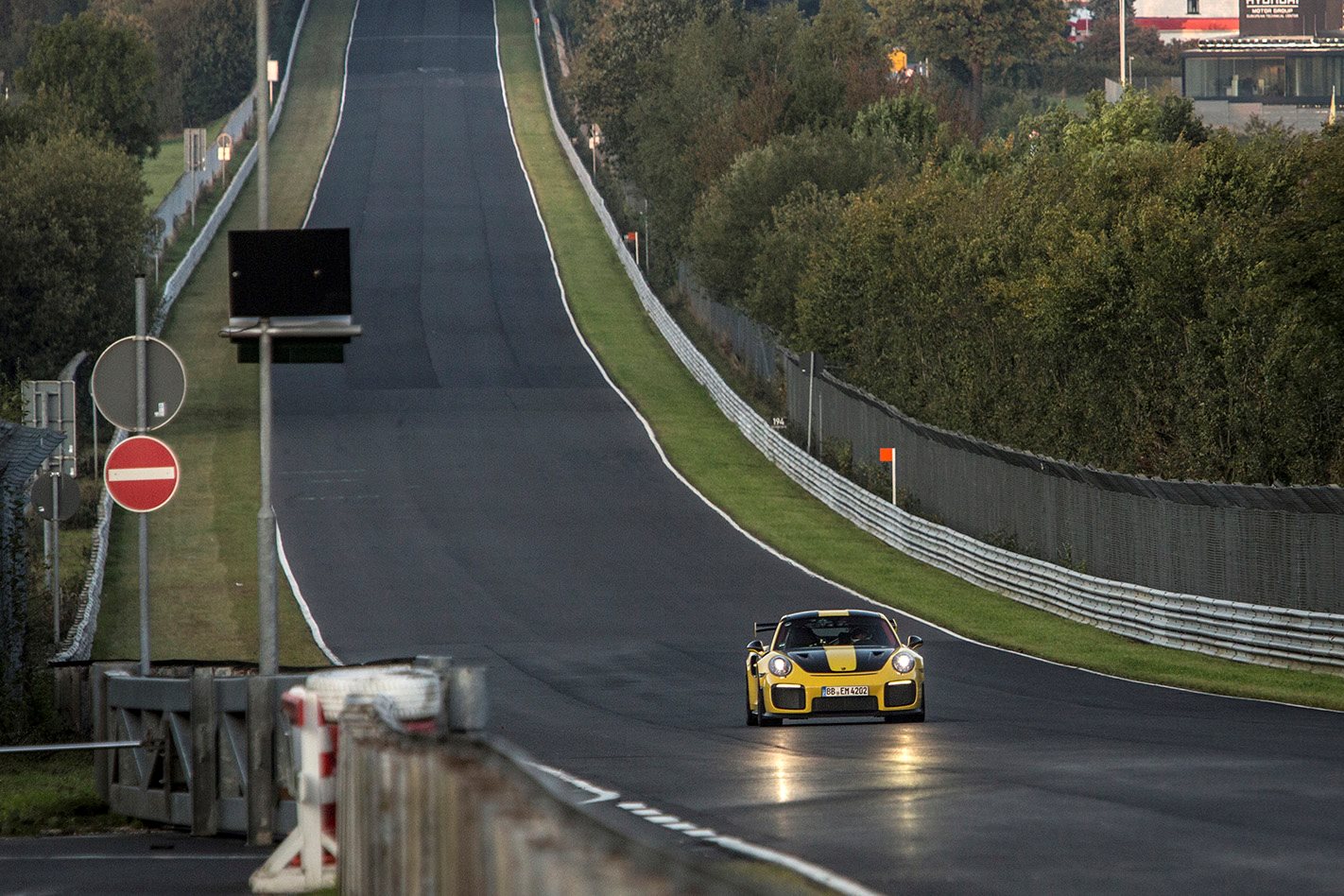 For once, the outright road-legal lap record holder at the Nurburgring doesn’t sneak into the “road-going” category on a technicality.

To illustrate just how monstrous the new GT2 RS’ performance is, its predecessor lapped the Nordshleife in a comparatively tame 7:18.00 back in 2010.

Harking back to the original 993-generation 911 GT2, the 911.2 model uses the same basic layout with a turbocharged flat six taking power to the rear wheels exclusively. For the 2018 model, power and torque rise to a mega 515kW and 750Nm from a rear-mounted 3.8-litre twin-turbo. Want to know what else makes the Widowmaker tick? Head here.