Third-gen SUV will drive further on its batteries, accelerate harder and cost less than the model it replaces

THE PORSCHE Cayenne E-Hybrid, the most fuel-efficient version of the third-generation large performance SUV, will have the same boost strategy as the 918 Spyder when it arrives in Australia late this year, the carmaker says.

The plug-in hybrid will feature a 250kW 3.0-litre petrol V6 combined with a significantly more powerful 100kW electric motor to produce a combined 340kW of peak power. The drivetrain’s combined 700Nm is available from “just above idling speed”, Porsche said. Those figures are 36kW and a meaty 110Nm higher than the previous S-badged, 3.6-litre V6 engined hybrid model’s output. 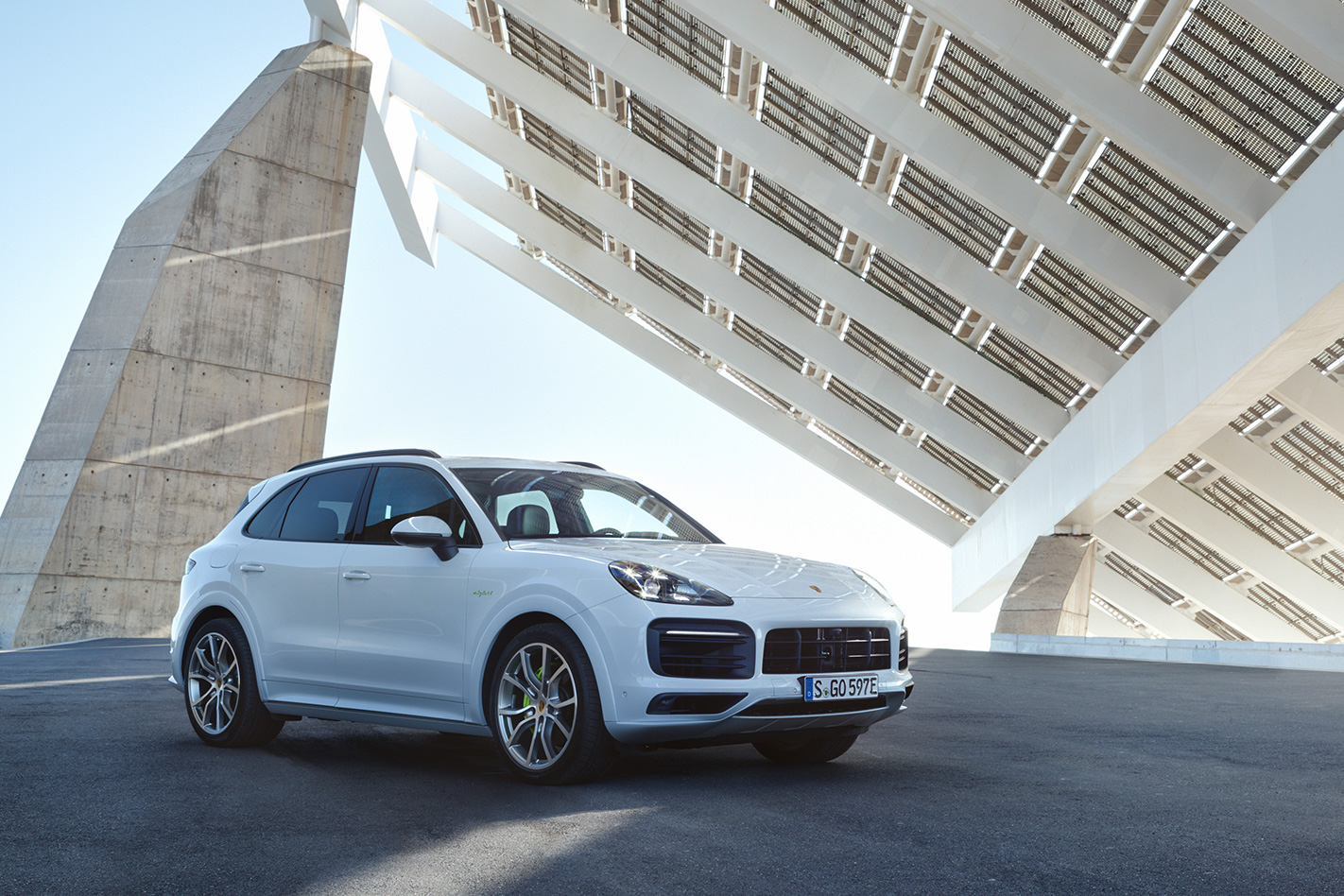 That, along with weight reduction of 55kg over the old model (2295kg vs 2350kg), has a big impact on straight-line performance. The Cayenne E-Hybrid’s official 0-100km/h sprint is pared back to 5.0 seconds (and winds out all the way to a top speed of 253km/h) compared with the outgoing model’s sluggard 5.9secs.

In terms of fuel efficiency, the hybrid Cayenne will hit an official 3.4L/100km target on the European cycle, 0.2L/100km less than the model it replaces. The onboard batteries will allow it to drive for up to 44km, depending on the choice of tyres, on electric power alone, which again is a gain over the outgoing model.

Porsche says the staged boost strategy developed for the 918 Spyder hyper-hybrid two-seater was adapted for the plug-in Cayenne. “It ensures that the electric engine can be used in all the standard Sport Chrono Package’s driving modes for an additional performance boost,” it said. 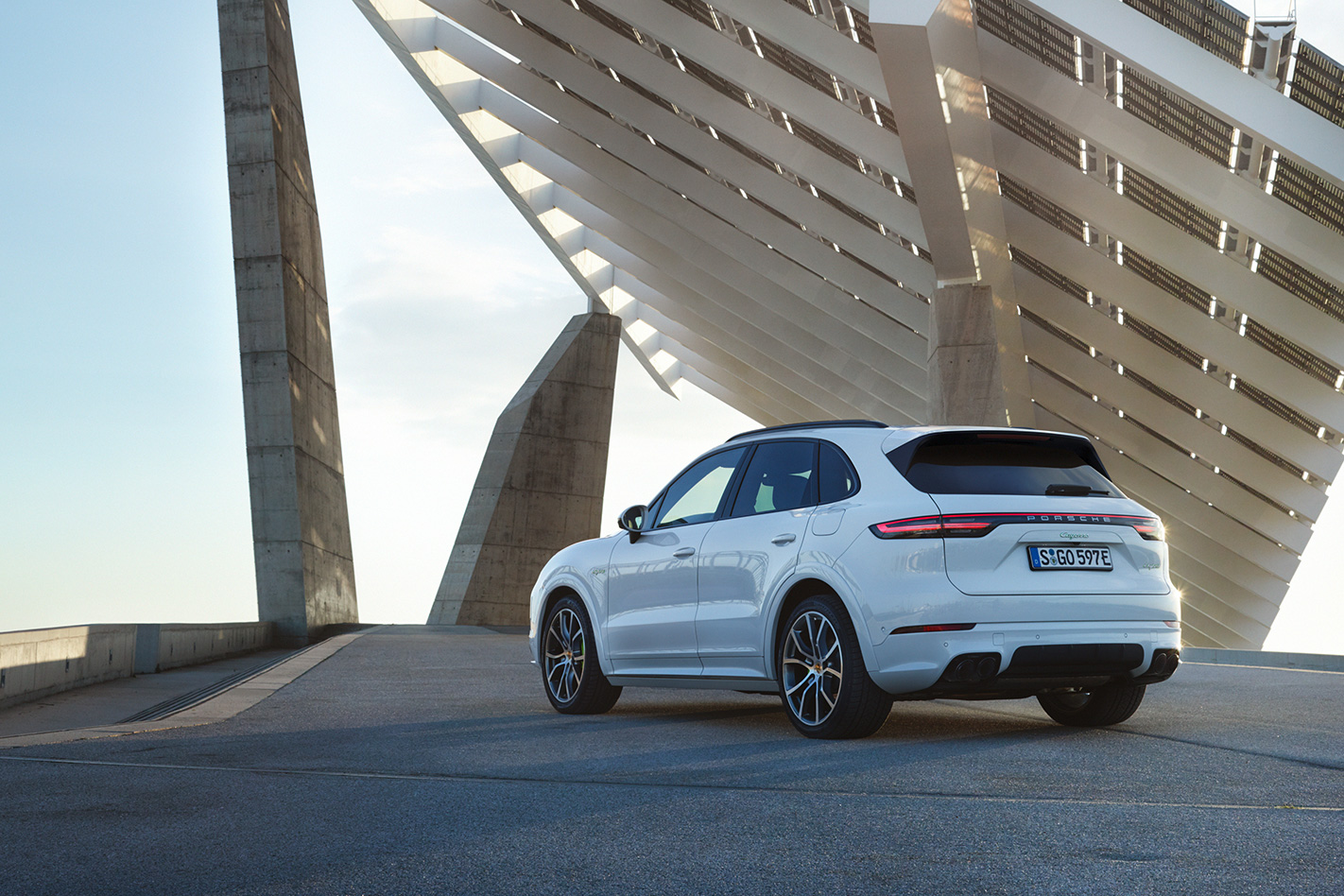 “This means the maximum system torque becomes available as you press the accelerator pedal. Depending on the driving situation and performance requirements, drivers can continue to draw on the boost torque across the entire range of speeds. This leads to a more agile and superior driving experience.”

The boot-mounted battery’s capacity jumps from 10.8 to 14.1kWh, and will recharge via a normal wall socket in less than eight hours. Use the onboard charger and a 32 amp-rated socket like the one you’d find on a home-charging station, and that recharging time cuts to about 2.3 hours.

The hybrid drivetrain now sends its power to all four wheels via a redesigned eight-speed automatic gearbox that replaces its electro-hydraulic actuator for the electric motor with a fully electronic one, improving cut-in times. 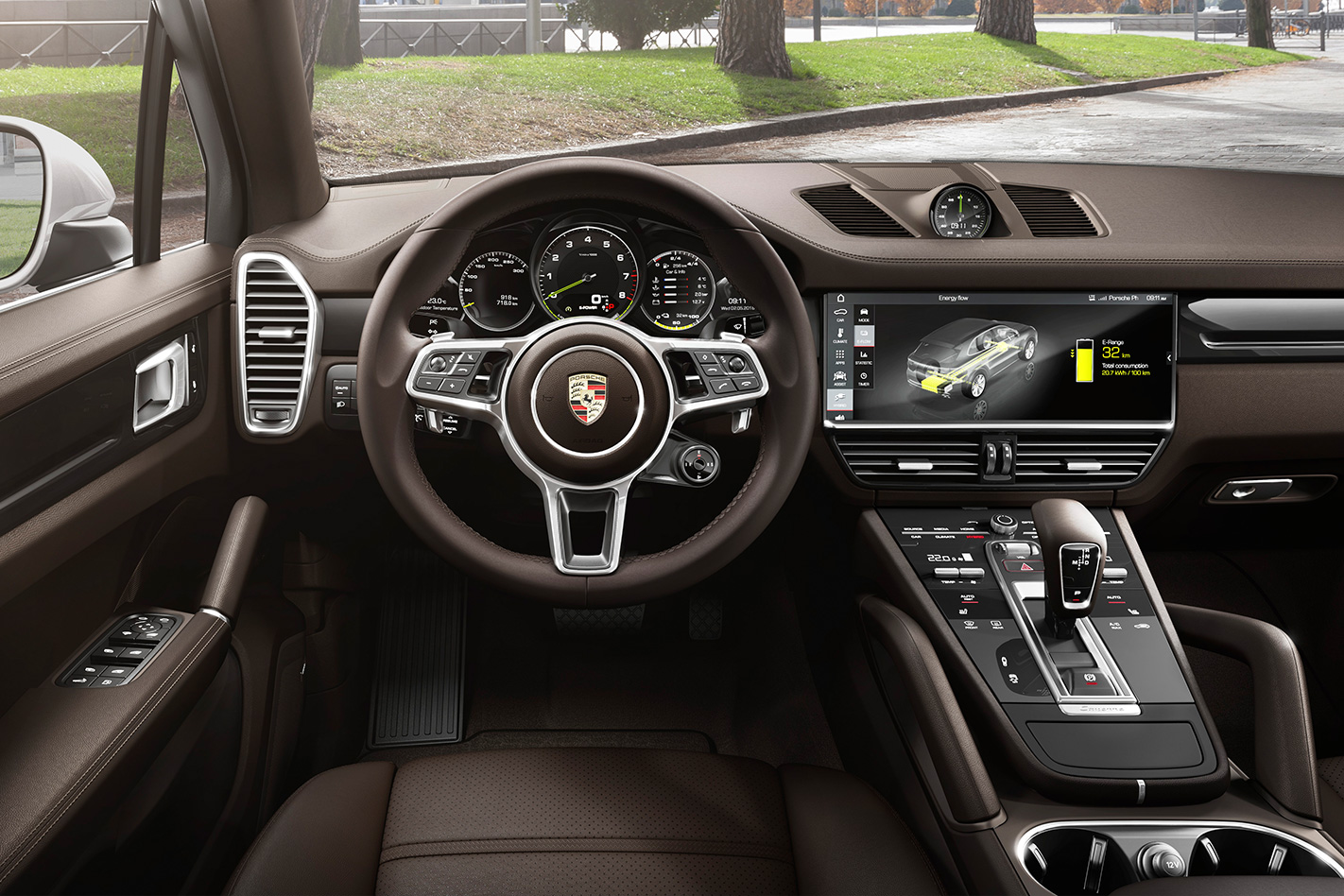 Significantly, though, the petrol-electric Cayenne introduces a full colour head-up display to the SUV range. It also introduces a unique climate control system that will even work while the engine is switched off.

Porsche Australia says the Cayenne E-Hybrid will cost $135,000, making it more than $10,000 cheaper than the previous S-badged model. Cars sold here will include a surround-view camera system, tinted rear windows, auto-dimming exterior and interior mirrors, a Lane Change Assist system, memory-function front seats and digital radio as standard. It is due on sale in about September. 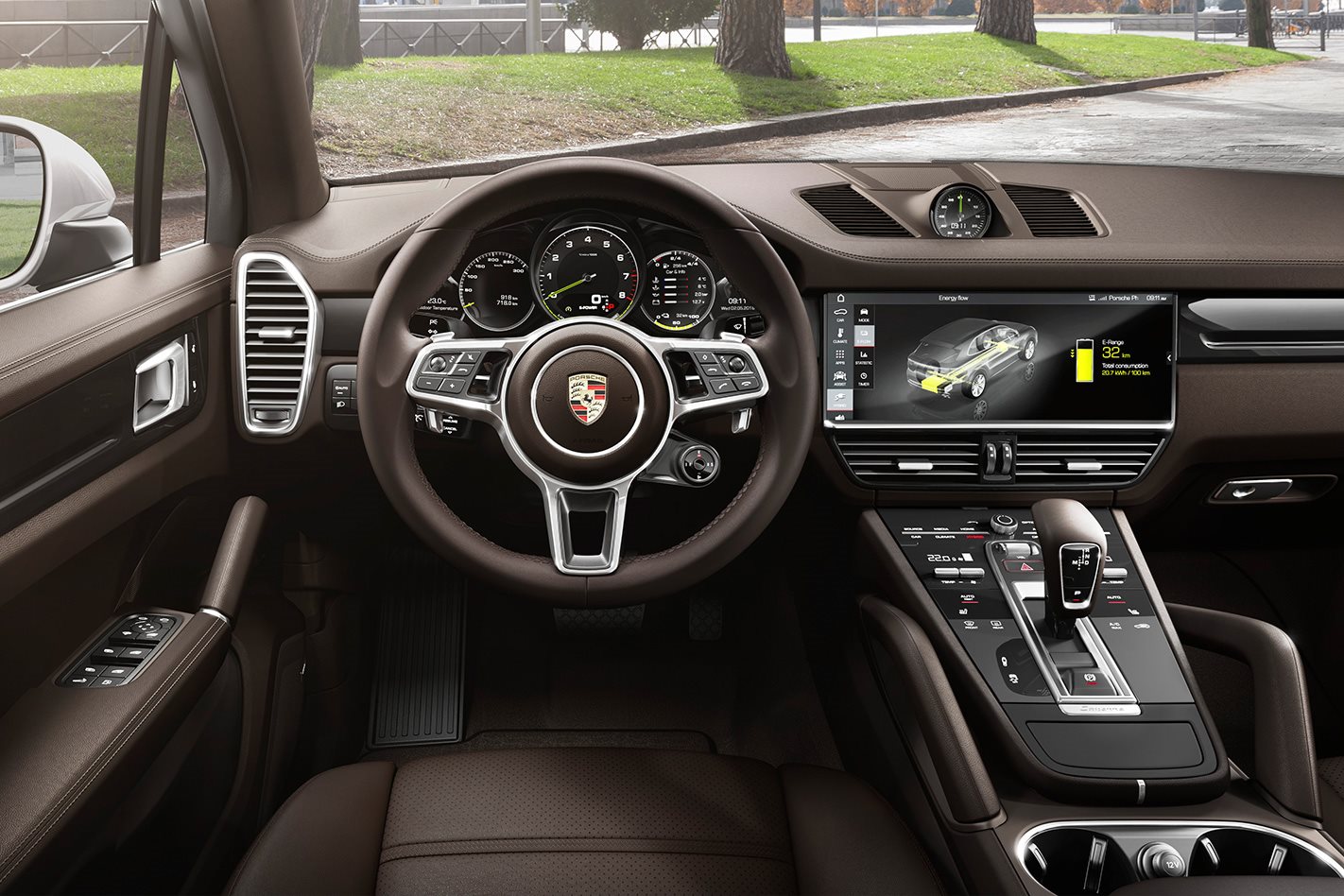 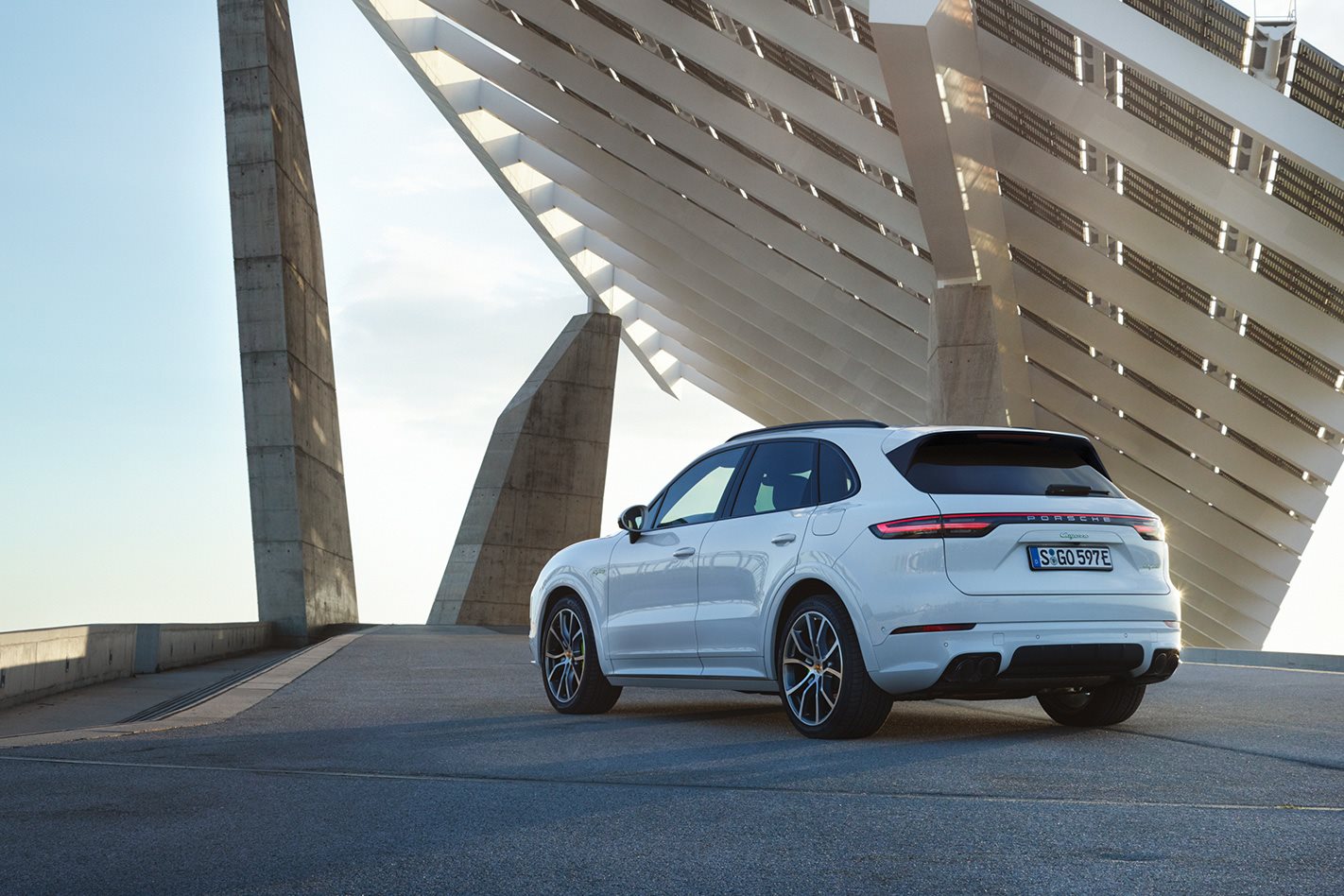 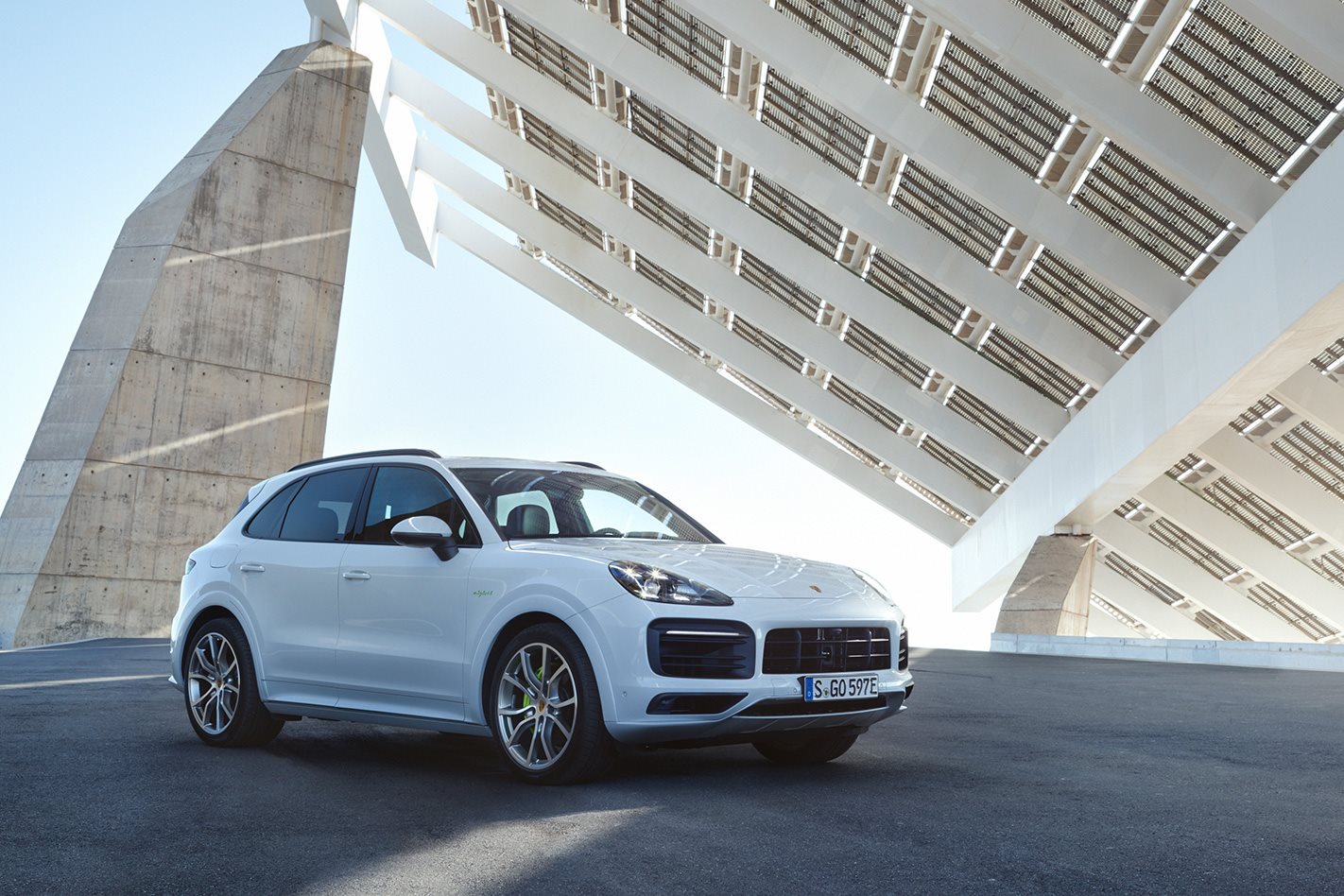 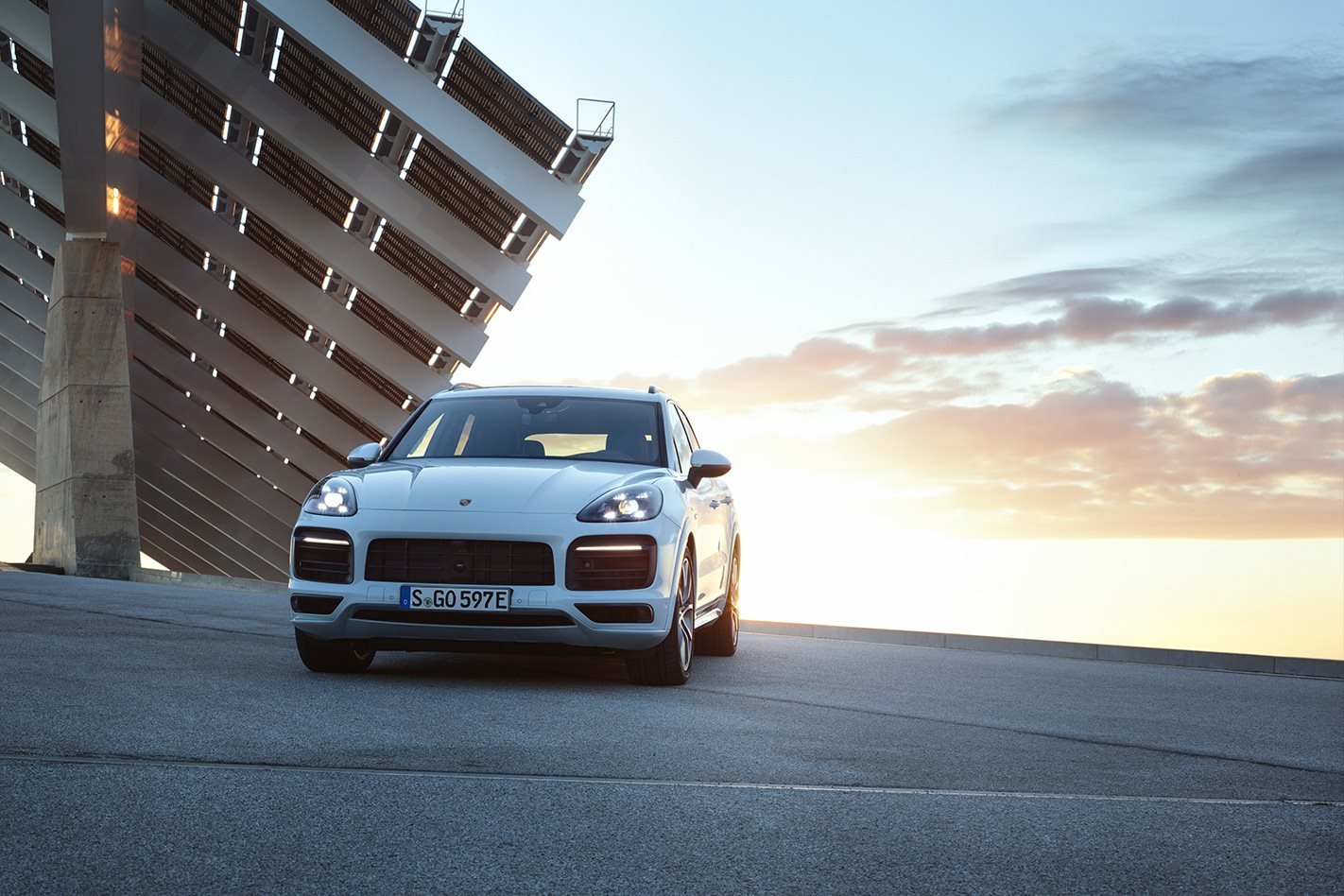