The follow up to the popular but dated crossover looks to be taking design cues from its bug XC90 brother.

The long awaited successor to the current Volvo XC60 has been again been spotted, with a camouflaged prototype dropping hints that the Swedish will style its next-gen medium SUV as a mini Volvo XC90.

This is a hugely important model for Volvo. The XC60 has long been one of its biggest sellers since entering the market in 2009, however its looks dated against the still-fresh second-gen XC90 and will need more than a facelift to compete with the 2017 Audi Q5 and BMW X3 that are due soon. 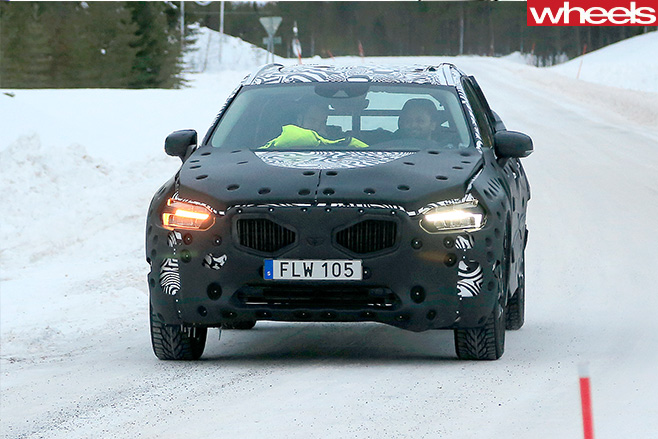 The overall shape is traditional SUV fare and long L-shaped tail lights appear to be making a comeback. The the slick looking “Thor’s hammer” LED daytime running lamp arrangement, which was first seen on the XC90, peek through the prototype’s plastic cladding, albeit masked to hide their true shape.

The new Volvo XC60 will also share the XC90s Scalable Product Architecture (SPA) platform, which in turn underpins both the new S90 sedan and V90 estate.

This will be the first 60-series Volvo to be built on the SPA, with the all-new S60 and V60 to follow suit. 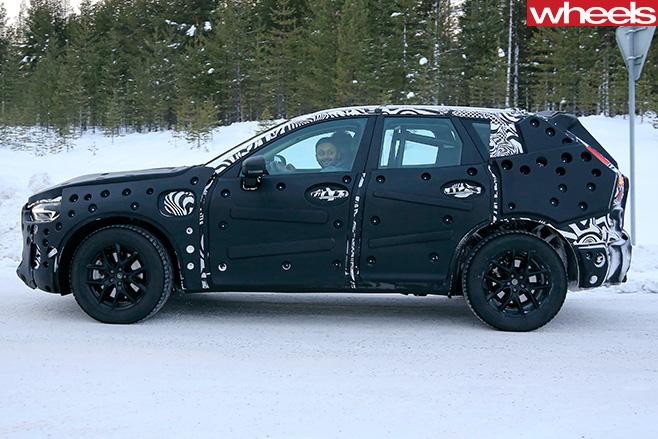 The powertrain line-up will follow the format established by the XC90, with a family of turbocharged four-cylinder petrol and diesel “Drive-E” motors working on their own or as part of a “Twin Engine” hybrid system.

These include the punchy T6 2.0-litre straight four that’s both turbocharged and supercharged, and found in 235kW/400Nm form in the XC90.

The T8 Twin Engine may also feature on the XC60 as a performance flagship model, and essentially marries the T6 powertrain to an electric motor/battery combo with plug-in charging capability. In the XC90, the T8 setup takes fuel efficiency from 8.5L/100km to a tee-totalling 2.1L/100km, and provides up to 40km of electric-only range. 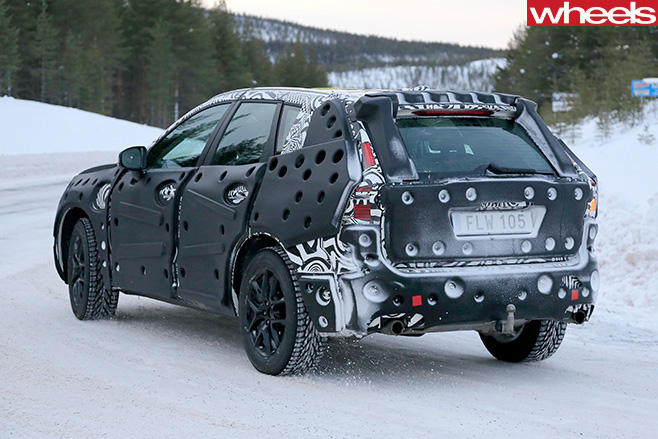 Engines from the current XC60 may also carry across to the second-generation model, including the turbo-only versions of the T6, T5 and diesel D4 and D5.

Interior design cues are also expected to be taken from the XC90, including the uncluttered dashboard and vertical-oriented touchscreen display.

Technology wise, it is likely to become one of the safest cars in its segment thanks to an array of active safety features comprising the acclaimed IntelliSafe system. While not confirmed, it’s believed it will be able to drive itself in city traffic or up to certain speeds. 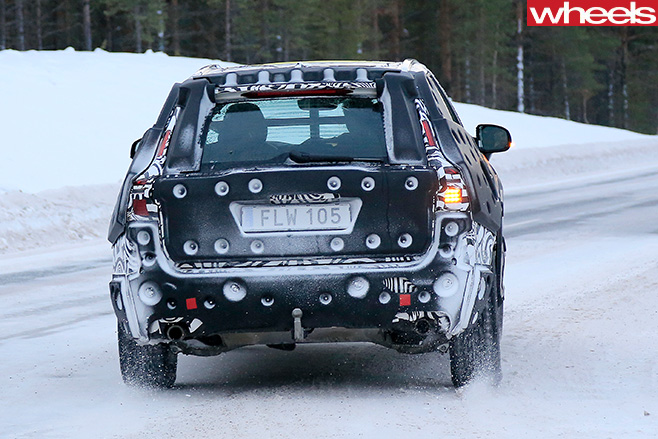 The all-new XC60 is expected to launch globally late 2017 with the new Volvo S60 and V60 sedan and wagon models to follow soon after.

And if it’s as a big an improvement over the current model as the all-new XC90 was to its forbear, it should give its German rivals a decent run for their Euro.