The 2021 BMW M3 and M4 Competition xDrive have officially been unveiled, and the super sedan and coupe come packing some serious performance figures.

Chief among the bonkers numbers is the claimed 0-100km/h time, which for both the M3 and M4 is rated at just 3.5-seconds, 0.4 seconds faster than their rear-wheel drive counterparts. 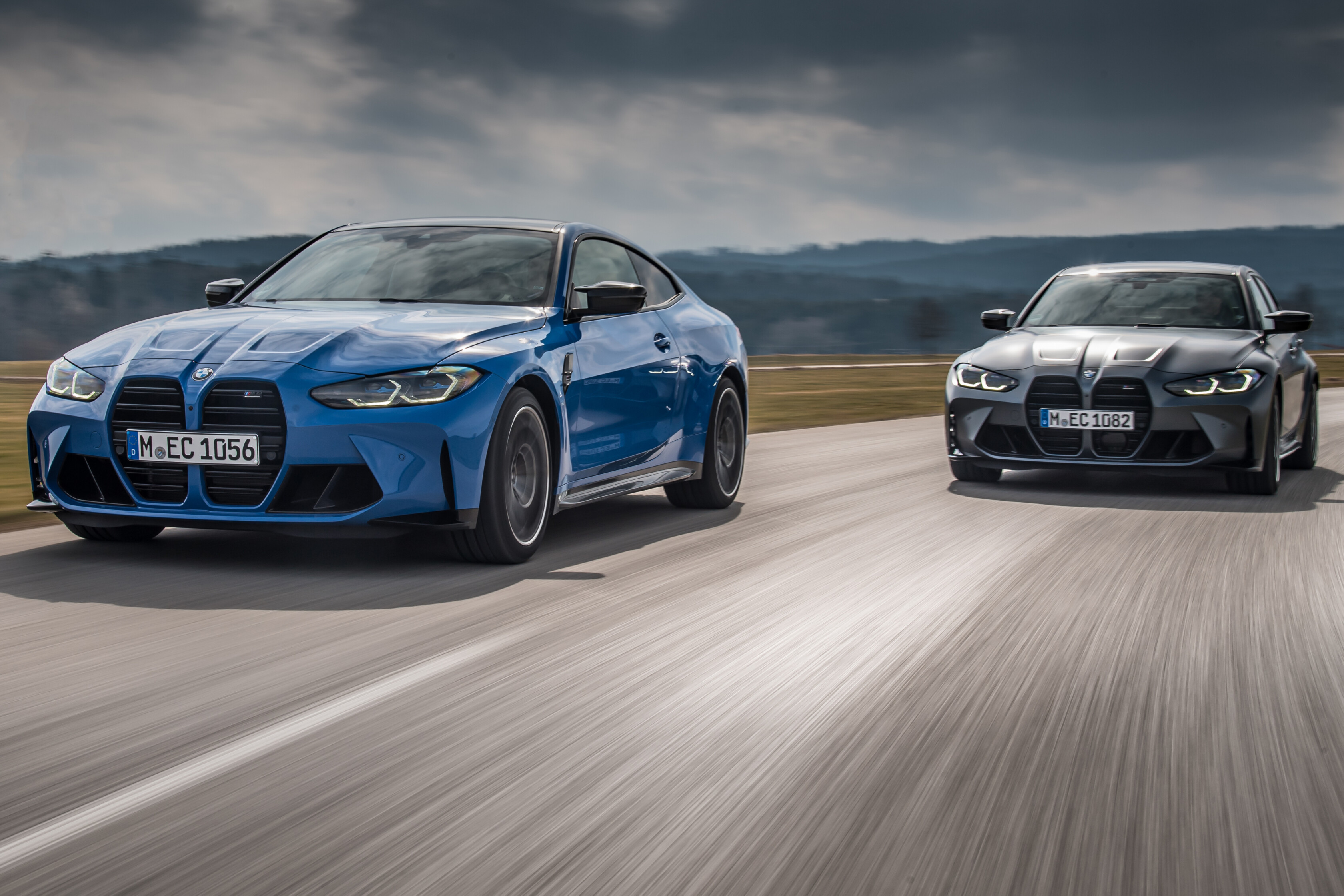 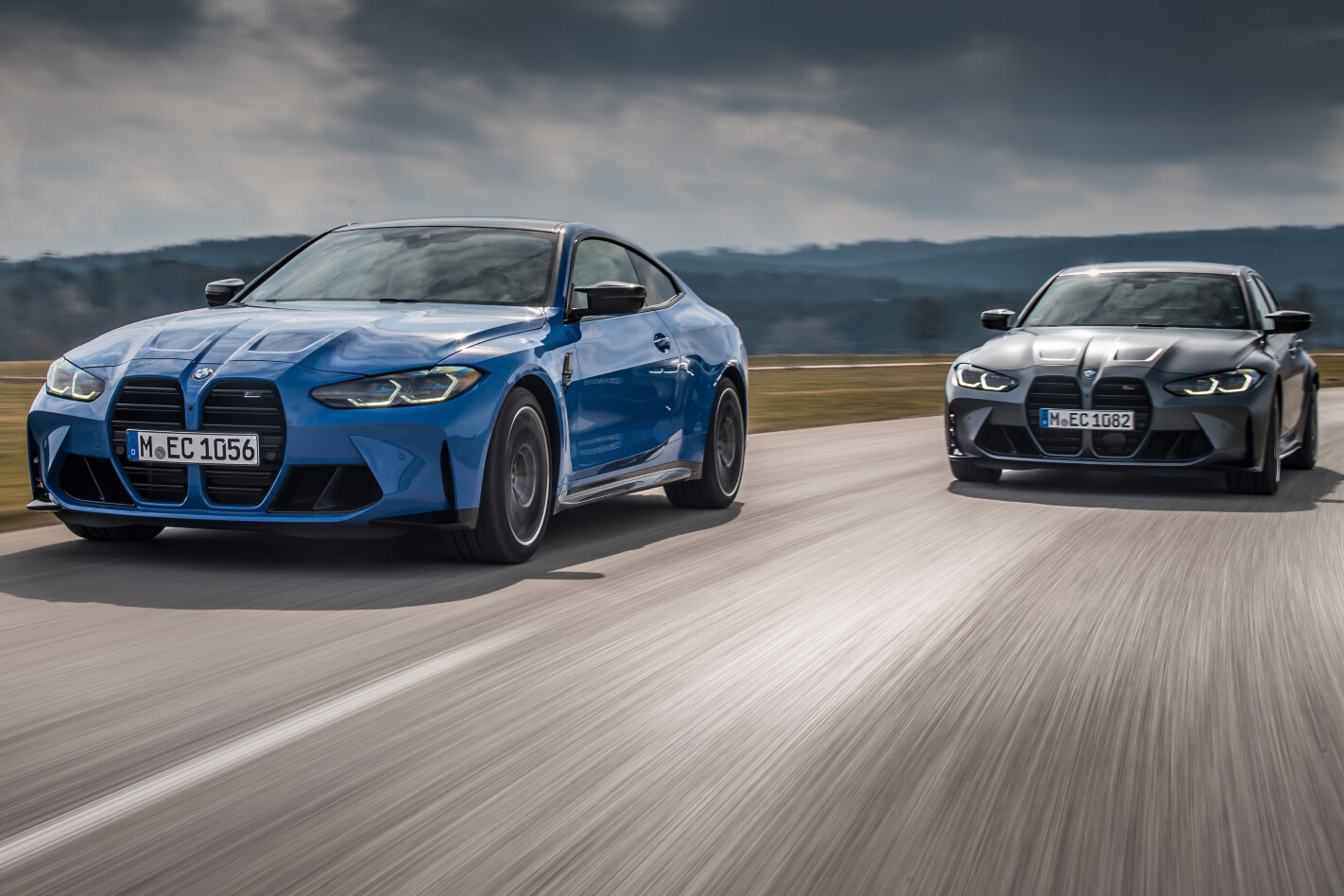 However, the thumping horses are sent to all four wheels via ZF’s eight-speed torque converter automatic transmission, and for those thinking BMW has merely added power to the front wheels – think again.

The AWD system used in these new cars is uber-complex, utilising an electronically controlled multi-plate clutch in the transfer case to distribute power between the front and rear axles.

The multi-plate clutch’s oil supply has also been modified to ensure that it’s still capable of sending power in the right direction even in demanding conditions on the track.

A unique control unit with integrated wheel slip limitation has been fitted to the transfer case too, which enables it to adjust for variations in rotational speed between the front and rear axles in rapid time without having to employ the car’s Dynamic Stability Control (DSC).

xDrive then works in conjunction with a rear-mounted Active M Differential and M-specific traction control system, which also communicates with the vehicle’s DSC, to create an experience BMW claims offers supreme vehicle dynamics and stability.

Like other high-performance AWD systems on the market, 100 per cent of drive is sent exclusively to the rear wheels in normal conditions, with power only being sent forwards when traction has been exceeded at the rear.

However, there are also three different M xDrive modes that owners can use to further tailor their preferences on the road or track.

In its default AWD setting, power is rearward-biased, but ultimately focuses on traction and getting the power down.

In AWD Sport mode, more of the turbo six’s torque is dumped on the rear wheels, even when traction has been exceeded.

Finally, for owners keen on getting around corners completely sideways, there’s a 2WD Mode, which locks out the front axle and sends all 650Nm to the rear wheels.

Caution should be advised when doing this, however, as the car’s DSC needs to be switched all the way off to activate 2WD mode.

And for those wanting to adjust how much slip happens at the rear without the vehicle ending up facing the wrong way, the M3 and M4 Competition xDrive come with BMW’s M Traction Control as standard, which allows for 10 incremental stages of traction intervention.

BMW is yet to confirm how much more the M3 and M4 Competition xDrive will weigh compared to the already laden RWD variants of the performance cars, but we expect an additional 50-100 kilograms of heft is likely, which would bring the total kerb weight close to 1800 kilograms.

To put that in perspective, the BMW X3 M Competition is 1970 kilograms, which means these new 4WD sedans and coupes could end up weighing just 170 kilograms less.

When will the all-wheel-drive M3 and M4 come to Australia?

BMW Australia has told WhichCar the new M3 and M4 Competition xDrive will be launching in Australia in the fourth quarter of 2021, with pricing and specifications to be confirmed closer to the local launch date.