This home-built sim rig is a V12 Lamborghini Aventador

WHEN it comes to gaming controllers, they don’t get much more outlandish than this, a full-size Lamborghini Aventador.

If you use a regular ol' gaming controller, or even a proper simulator rig to play racing games, you have nothing on YouTuber POG.

The social media star decided to celebrate the release of Forza Motorsport 7 by transforming his Lamborghini Aventador into the coolest gaming controller in the world.

His ultimate gaming set up is displayed in a new video, which also includes a high-speed blast to and from the game store to pick up an Ultimate Edition copy of the game.

With his Xbox hooked up to the Aventador, POG successfully turns his Lamborghini into a controller for the game.

POG can be seen steering, and changing gears along with the projected display on his garage wall.

The final set up isn’t exactly neat and pretty, with multiple wires draped across the Aventador, and a projector perched atop the roof. But no one else has a gaming controller with a naturally-aspirated V12 heart in their garage, do they?

One of the best parts of the video is the fact POG has to climb into his car Dukes of Hazard style, as opening the scissor doors would snare and tug on the cords running over the roof.

To really bring out that shiny shade of green jealousy, the other cars in POG’s garage include a Ferrari 458 Speciale Aperta and a McLaren 675LT. 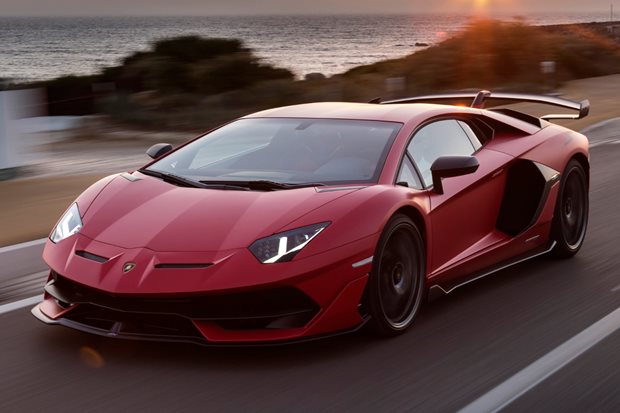