We get a taste of the Lamborghini's Aventador S V12 supercar.

A mid-life update for Lamborghini’s flagship V12 supercar which is now more powerful, looks sharper and boasts a host of engineering upgrades for the promise of better dynamics.

To see if these wholesale revisions can transform the Aventador into a supercar that finally drives as good as it looks.

This was more of a taste than a full blown test, so a definitive dynamic verdict will have to wait, but it’s clear the Aventador S is a vast step in the right direction. Sharper, faster and friendlier than the car it replaces, Lambo’s flagship now has the dynamic talent to match its kerbside appeal. 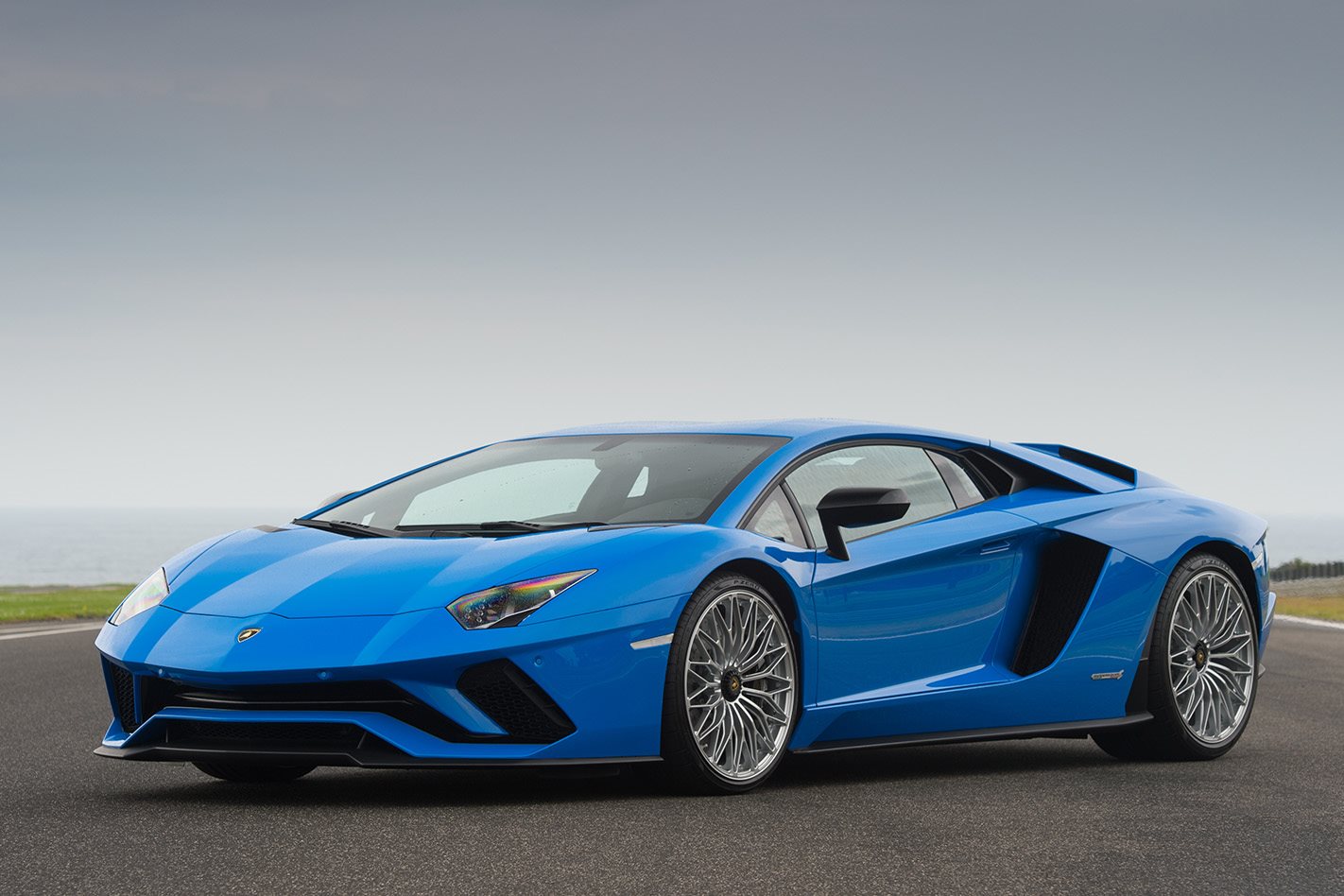 SITTING as you are in your favourite chair, your feet up, this magazine in your hands, it’s easy to think that a day with a bright blue Lamborghini at Phillip Island is an adrenalin-drenched barrel of laughs. The motoring equivalent of cocaine; of hooking yourself up to a defibrillator and twirling the knob to maximum. “Lucky sod”you’re probably thinking. Hell, I would be too. 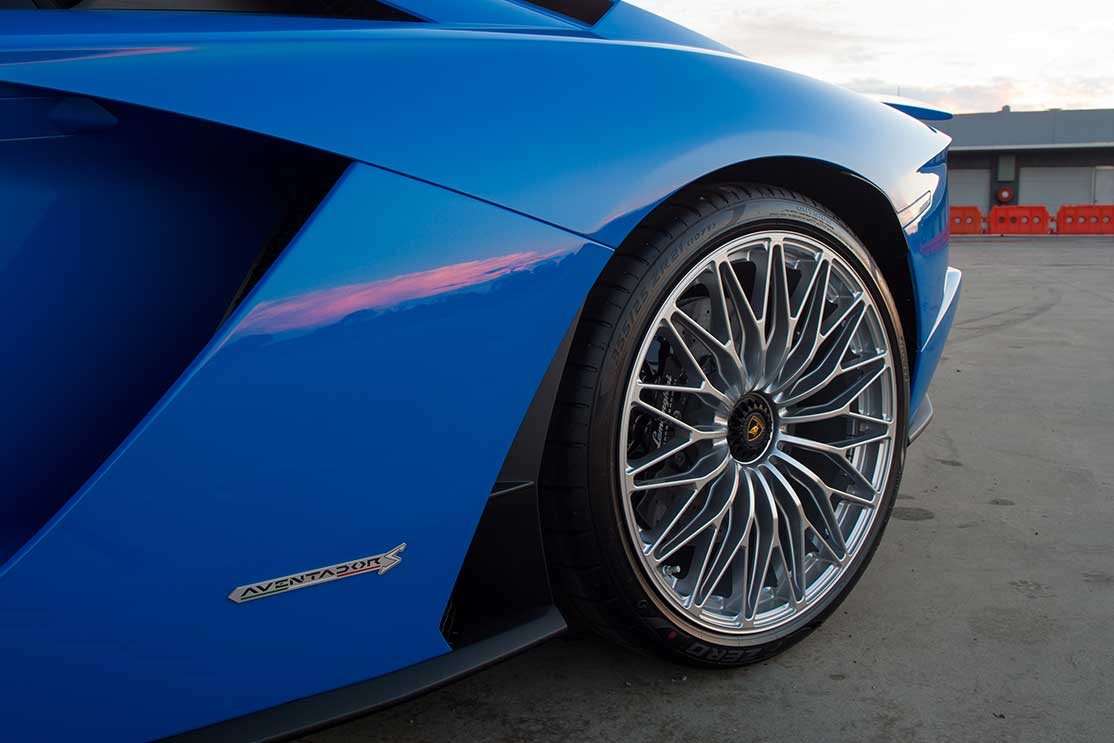 But you’re forgetting one important ingredient: the rain. The pictures don’t show it, but when I was at the wheel, Phillip Island felt more like a kid’s slippery dip in a hot Malaysian monsoon than a race track, which changed the dynamic somewhat.

All of the Aventador’s numbers are big: $789,425, 6.5-litre naturally aspirated V12, huge 355/25R21 rear tyres. And then there’s the reminder that despite the promise of its jaw-dropping looks, its inboard pushrod suspension, carbon-infused chassis and all-wheel drive, the old Aventador’s dynamics under delivered. 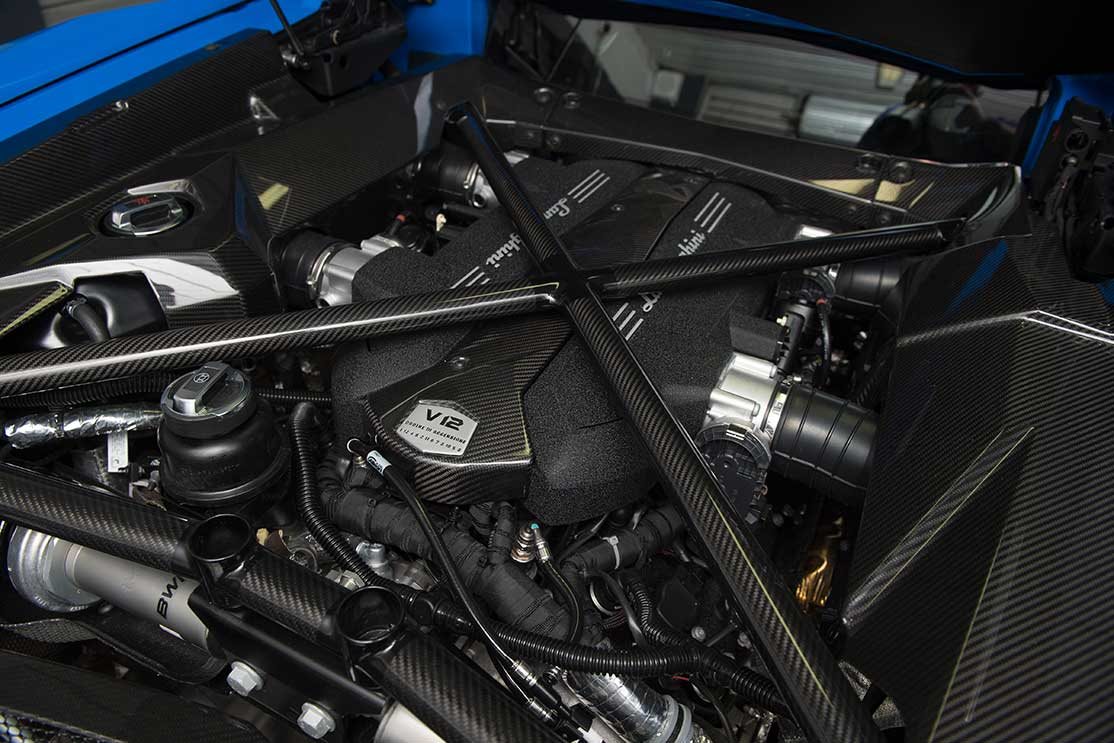 Compared to rivals from Ferrari and Porsche (which it trounced for visual theatre), the Lambo felt unwieldy, unyielding, underwhelming.

This new Aventador S, however, rights many of those wrongs.

The push-rod suspension now has all-new magnetic adaptive dampers for greater control and compliance. There are design tweaks front and rear that don’t only enhance the visuals, but increase downforce by 130 percent. 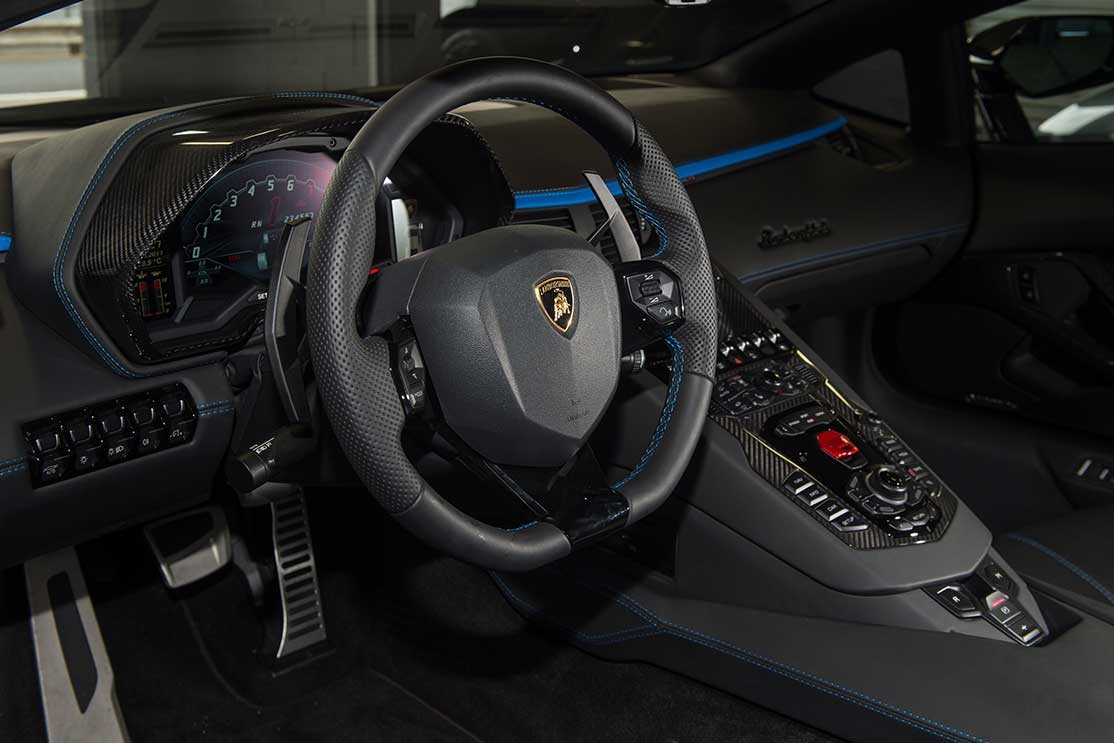 A new titanium exhaust system saves valuable kilos, as do forged alloys, and of course, there’s more power. Alterations to the intake system have released another 29kW from the savage V12 which now boasts 544kW/690Nm.

The most significant addition, however, is four-wheel steering. This is becoming the go-to tech in the supercar world, but the Avendator’s is more advanced than most. 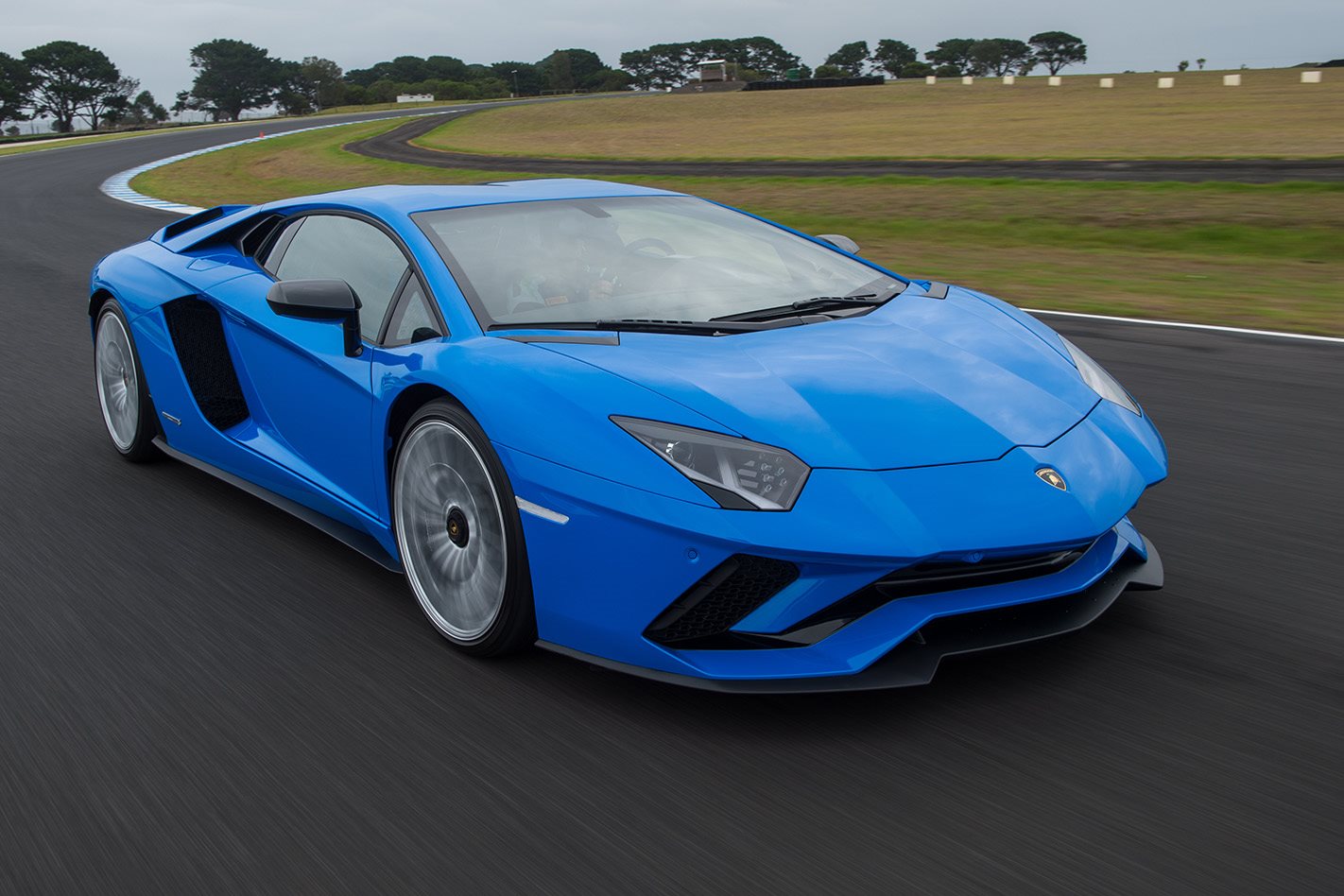 It’ll turn the rear wheels by up to 3.0 degrees, simulating a 500mm reduction in wheelbase at low speed for greater agility and a staggering 700mm stretch between the axles for improved high-speed stability.

That’s the theory, at least, but in practice, the results are transformational. Even on Phillip Island’s slick tarmac the front end has more point, and in Sport mode (which sends 90 percent of the torque rewards) you can feel the rear axle pivoting to encourage the car to turn.

It feels odd at first, like the rear is sliding into mild oversteer, but the S’s improved agility/stability dynamic gives you the confidence to trim your line with the throttle, to trail brake deep into corners and even let the tail wag slightly on corner exit. 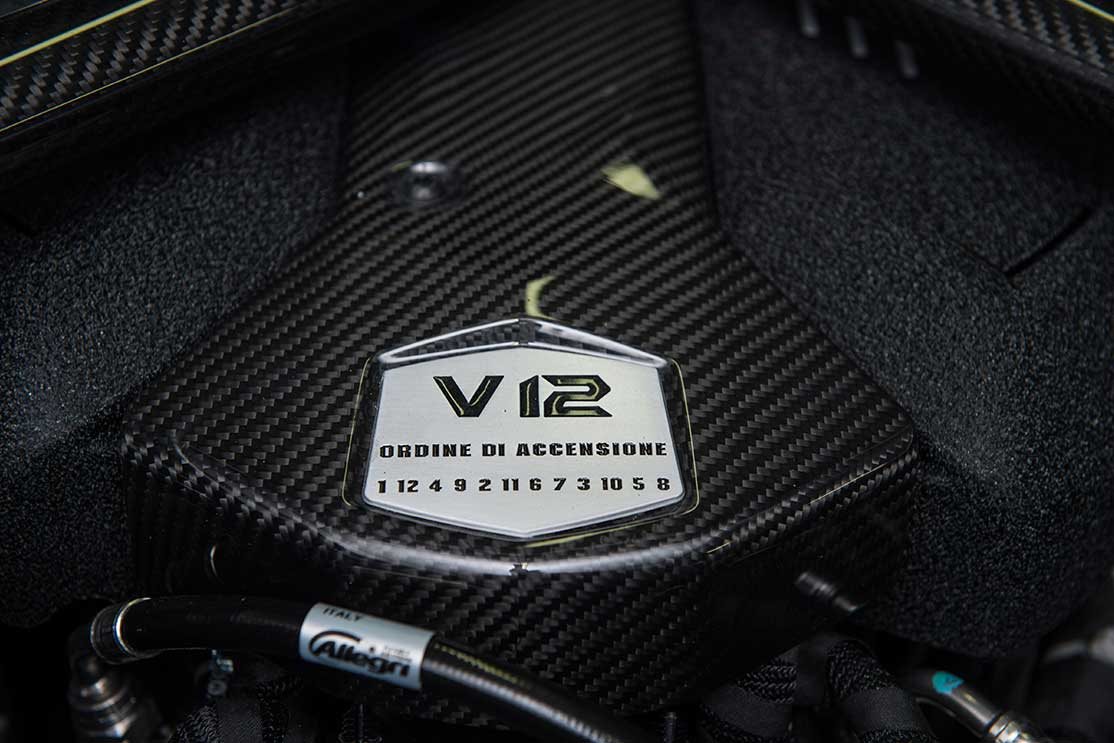 Pair this with a new variable ratio steering system and the suspension tweaks, and the Aventador S feels smaller, nimbler, more eager to turn, faster.

Five laps on a wet track aren’t enough to deliver a definitive dynamic assessment, and we’re yet to see how that revised active suspension deals with Australia’s scarred tarmac, but for now, this taste shows the Avendator finally has the dynamic nous to match its rockstar looks. 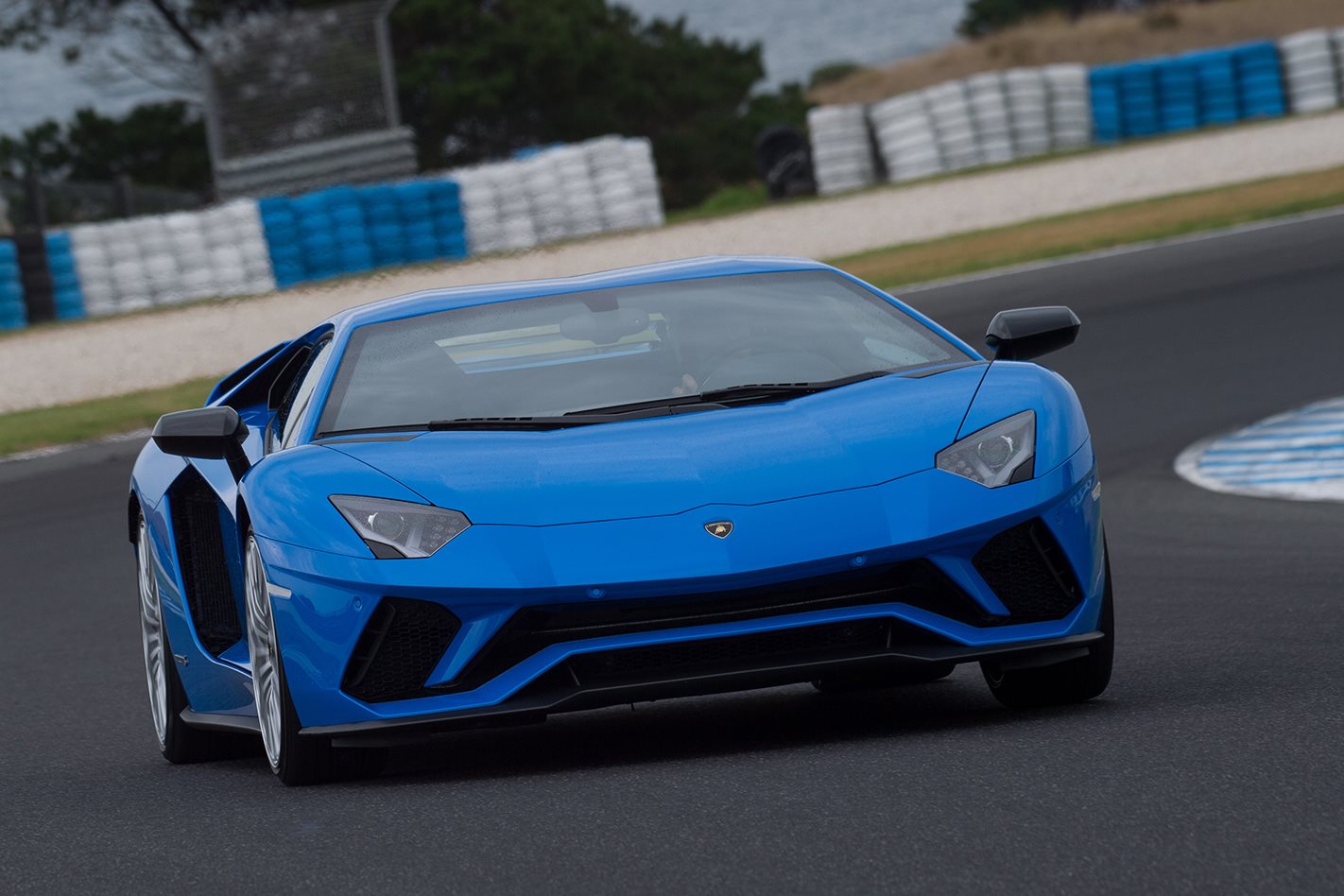