WHAT IS IT?
This is Lamborghini’s flagship V12 supercar and the only Aventador coupe you can buy new now the SV is sold out. Wholesale revisions have given the S version more power, better dynamics, and an even sharper appearance.

WHY WE’RE TESTING IT
Changes for the mid-life Aventador S update stretch far and wide, and bring technological and performance improvements that promise to revolutionise the already visceral drive experience.

THE WHEELS VERDICT
Under its dramatic wrapping, Lamborghini has honed the Aventador’s raw materials into a dynamically brilliant supercar, fully and forcefully exploiting the potential of its colossal V12 centrepiece. 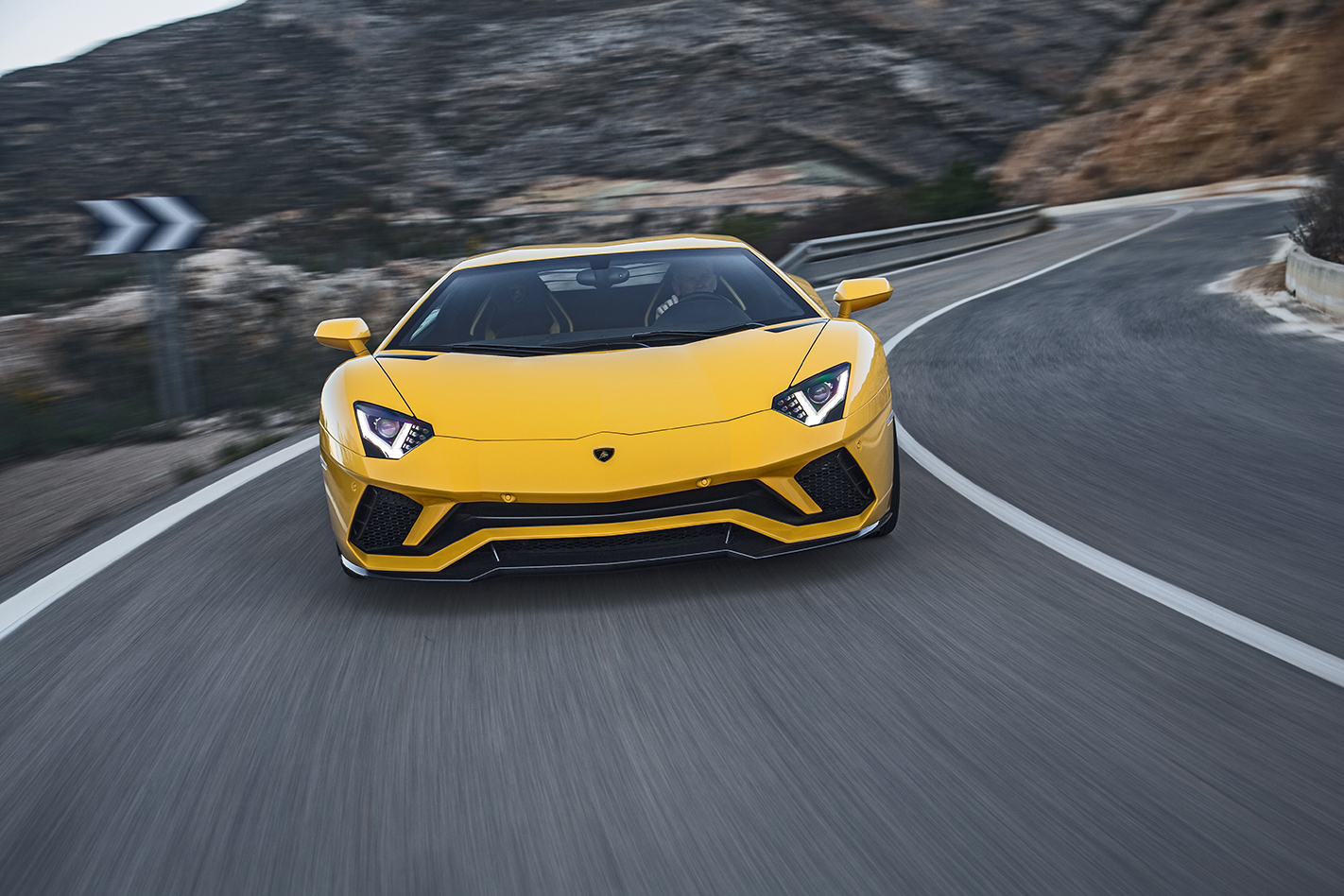 THE WHEELS REVIEW
PERCHED on the fringe of an alpine pass above Valencia’s orange orchards and olive groves, there’s a kid snapping a photo with our bright yellow Aventador, and he’s not the first local to flag us down for a selfie.

Lamborghini’s modern day icon emerged six years ago, yet it still magnetises like a concept car from 2030. It’s surprising then that its mid-life refresher is so expansive.

That additional S on the Aventador name could reference its wholly redefined suspension, steering and styling, but they’re peripheral to the big S – speed. 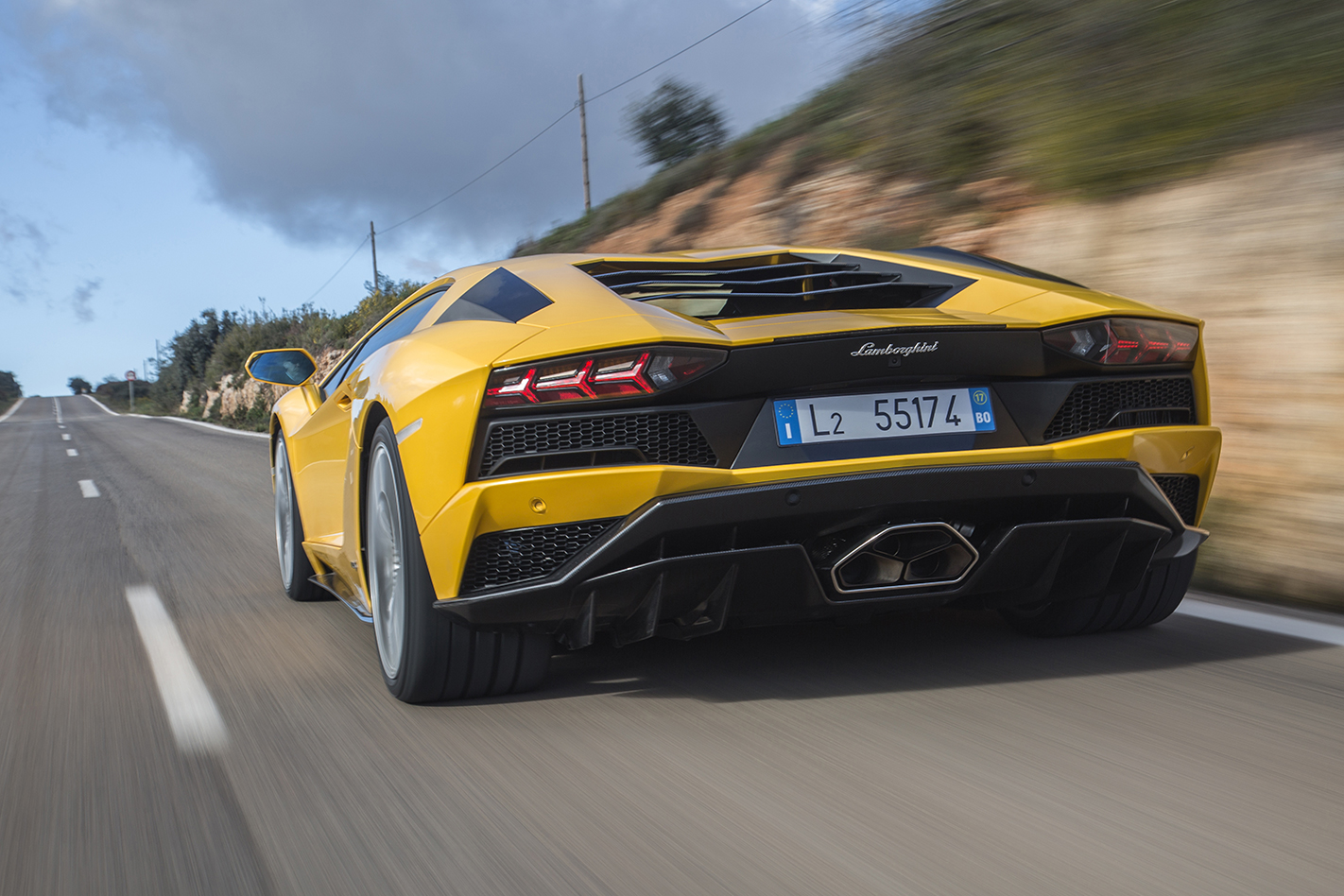 Literally and figuratively its centrepiece is a 6.5-litre naturally aspirated V12, with outputs of 544kW/690Nm just 8kW shy of the hardcore Aventador SV. It’s a sonic monument that teleports the $789,425 supercar to 100km/h from idle in 2.9 seconds.

Peak power arrives 100rpm before the 8500rpm cut-out, chased by a shot of blue flame from its Saturn 5-inspired tailpipes. Valve timing tweaks deliver more torque late in the revs, too. Press in and the Aventador S is fearsomely physical to drive quickly.

Four calibration modes – including a customisable setting called Ego – manage power delivery to each wheel more capably than before. To save petrol, active cylinder management can shut off one bank of the V12 at cruising speeds. 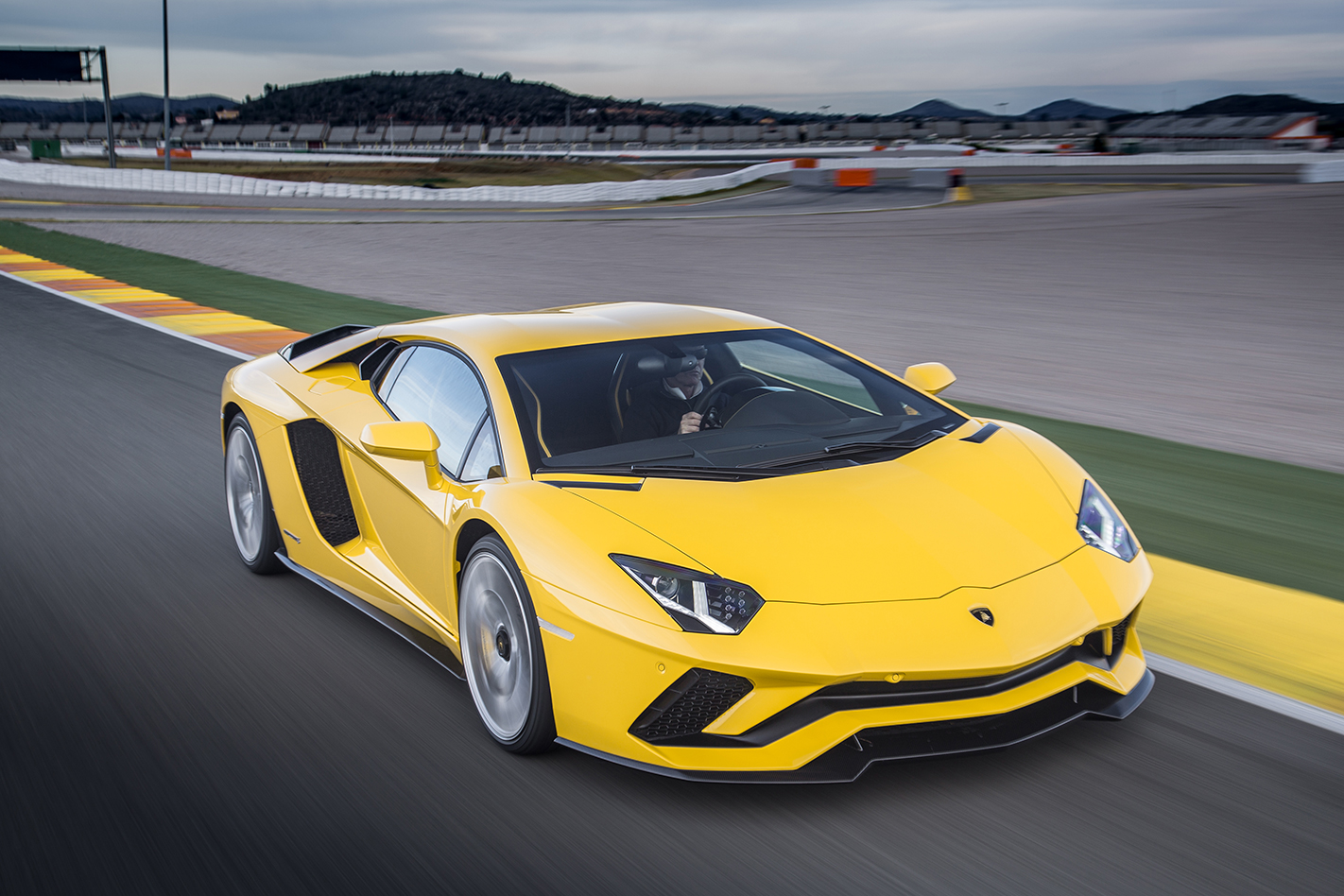 On first impression the Aventador S is unrecognisably different to the car it replaces. It’s had a digital coming of age, though it's not all down to software.

All-new four-wheel steering virtually extends the wheelbase by up to 700mm providing high-speed stability and a more rear-biased torque split, and shortens it by 500mm in slower corners allowing the enormous wedge to almost shrink in the driver’s hands.

Variable front-wheel steering now locks its ratio while cornering for a more natural feel. If the system isn’t noticeable, then it’s working well, and it wasn’t a handicap during our time with it. 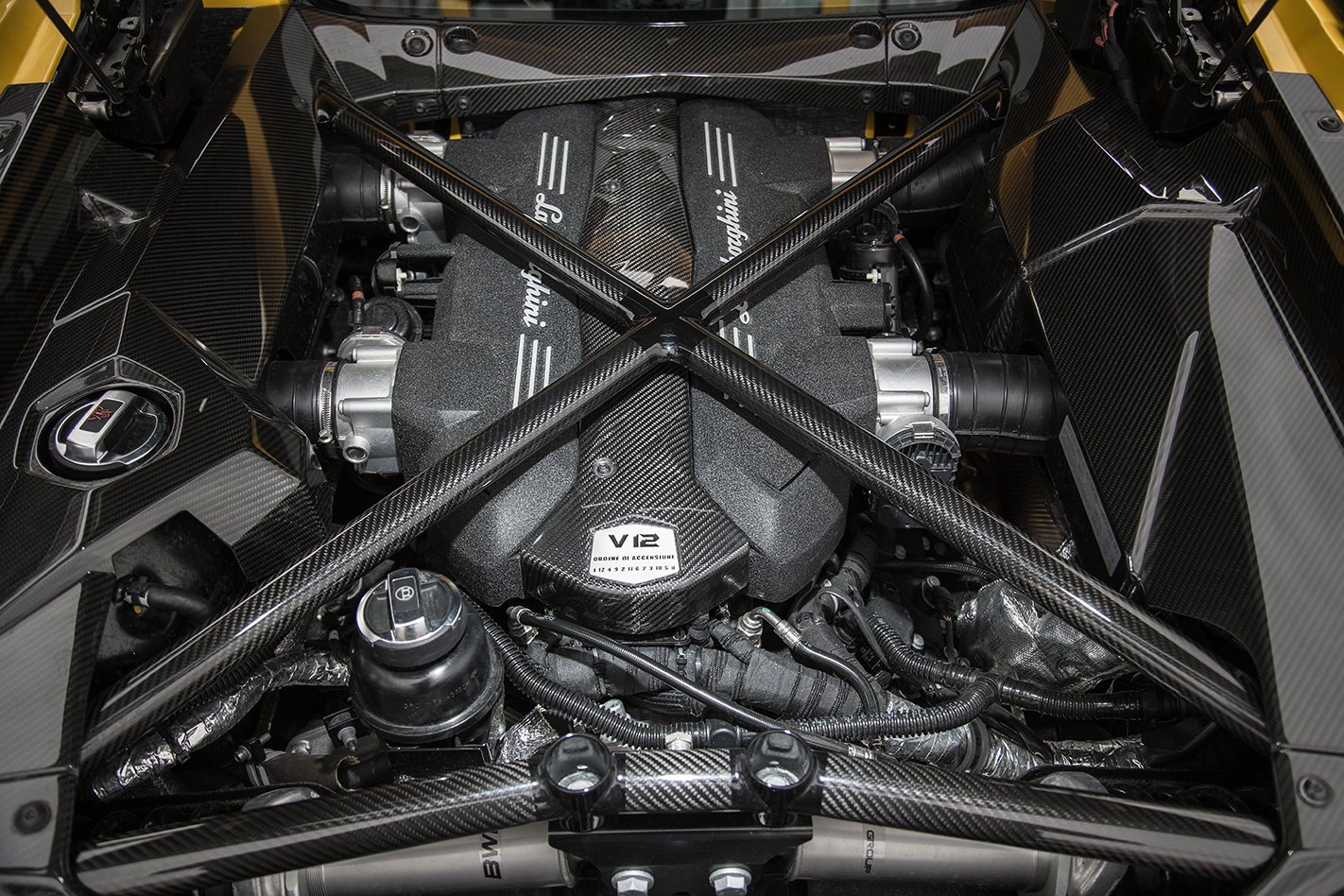 These are dramatic improvements for the Raging Bull, though it will still gore a graceless matador.

Fear factor is now relative to its ferocious pace rather than the threat of imminent chronic understeer. This is a proper V12 Lambo, that much remains unchanged, but the Aventador’s dynamic improvements have, mercifully, made it a better road car.

Standard adaptive suspension vastly upgrades ride quality. That’s good, because the seats are stiff as boards. Its magnetorheological dampers and rear-wheel steering add 6kg, which was compensated for with a lighter exhaust system to keep kerb weight for the carbon monocoque coupe at 1575kg dry. 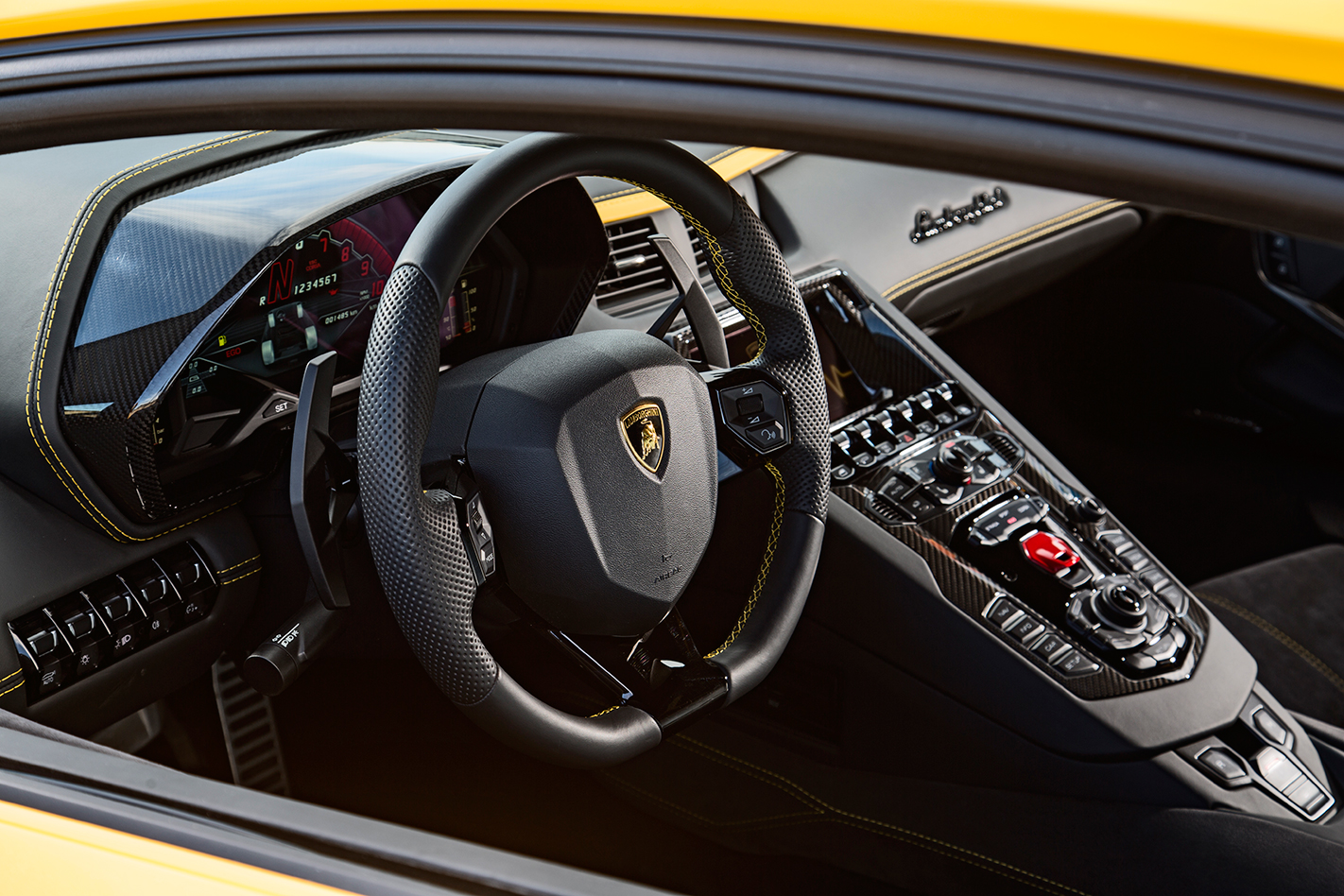 Still flawed is its seven-speed gearbox, and there's an apologetic feeling about that from Lamborghini’s engineers, who argue the single-clutch ‘box is the only unit they can fit between the seats.

On a racetrack in Corsa its shifts are addictively, violently forceful, but it lurches uncomfortably in the less extreme Strada and Sport modes. Its reprogramming has made automatic drive somewhat smoother than before, but the imperfect fundamentals are still there.

Comfort isn't what it’s built for, and there are quirky reminders throughout the tiny cabin like an indicator stalk that sits at seven o'clock on the column, and a Lilliputian glovebox for storage, plus a rear view mirror that shows only heat haze off the engine. 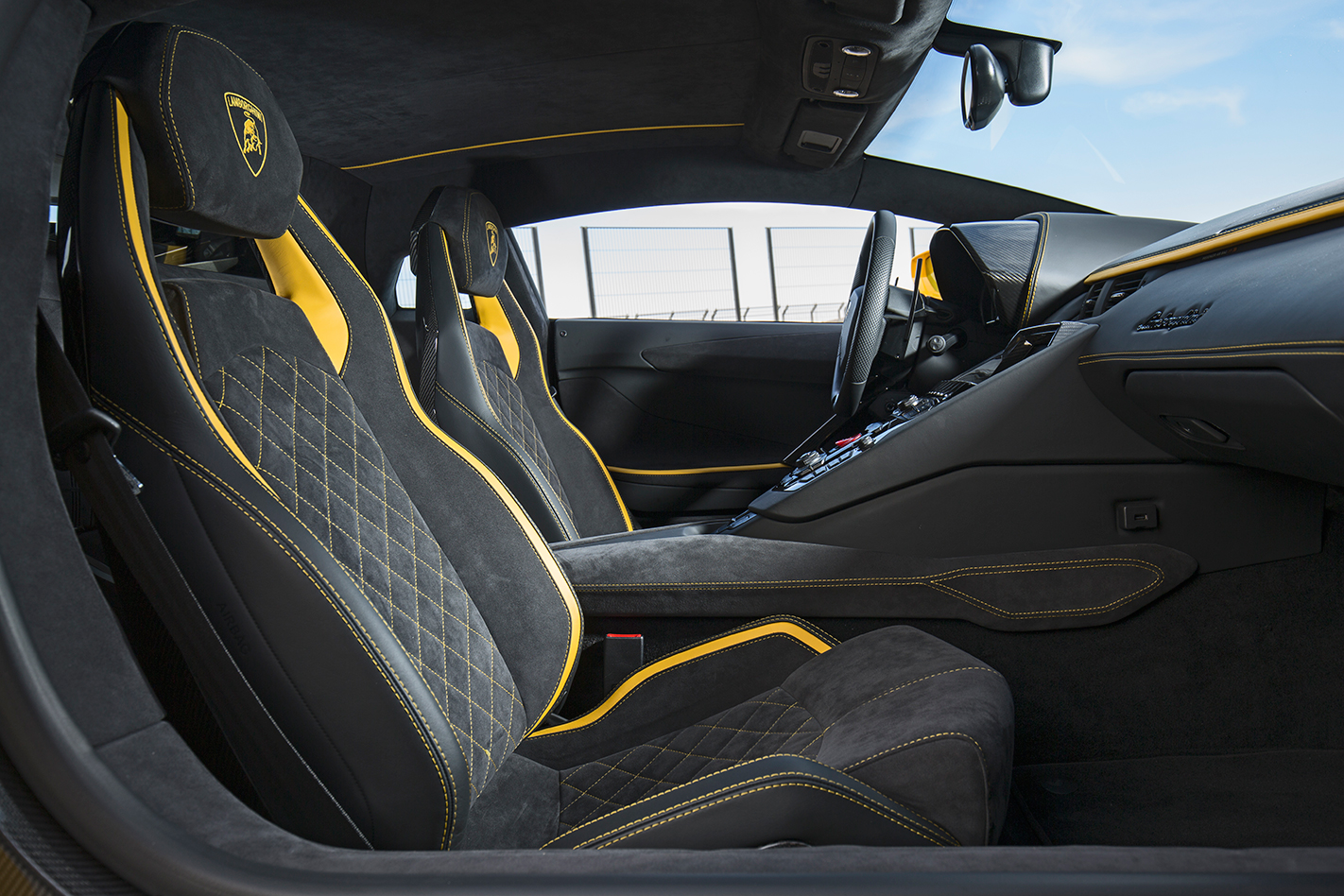 You get the feeling these things don’t come up in Lamborghini planning meetings. Shaving half a second off the 0-300km/h time is much more important… 24.2 seconds if you’re wondering.

Then there’s the unwieldy physical size of it. Visibility is no better than a battle tank, the brake pedal needs vigorous modulation to pull it up, and the throttle is too sharp at the top of its travel in even the most street-friendly mode. The Aventador S is not the car to drive if you just need to be somewhere.

But, if you allow driving to be the event then the Aventador S is a narcotic of unrivalled potency. And at the very least one of the most theatrically styled objects money can buy; an artwork in its own right. 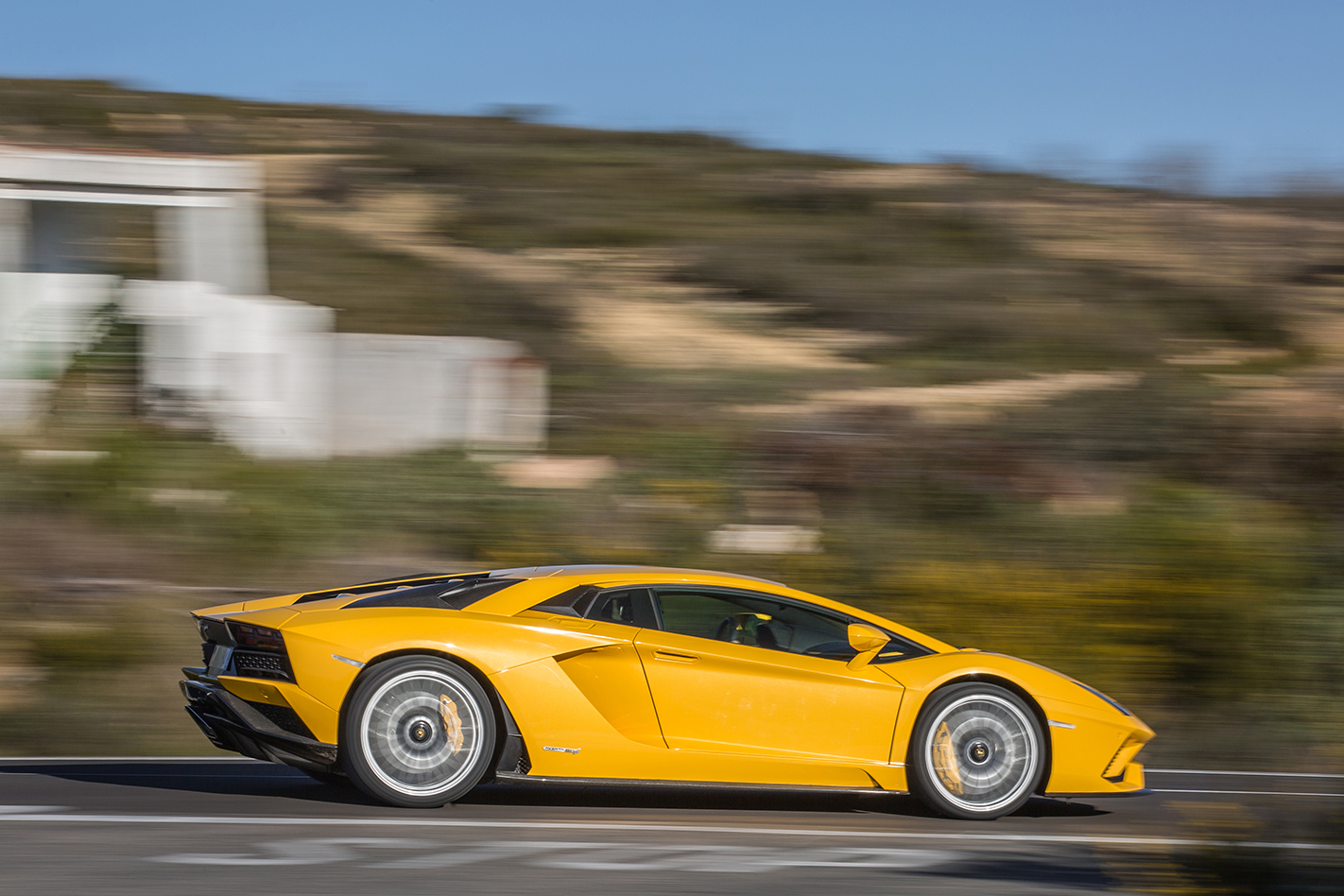 Uniquely, Lamborghini started drawing the Aventador S on paper rather than computers, and every line speaks to the V12 backbone they contain. In profile there’s a beautiful, accelerating arc that holds tension over the top of the car from front to rear.

These aesthetic characteristics are functional, too. The front bumper ups downforce by 130 percent and improves cooling, underbody vortex generators reduce drag and control brake temperatures, and an active, three stage rear wing makes more aerodynamically efficient use of air passing over it. 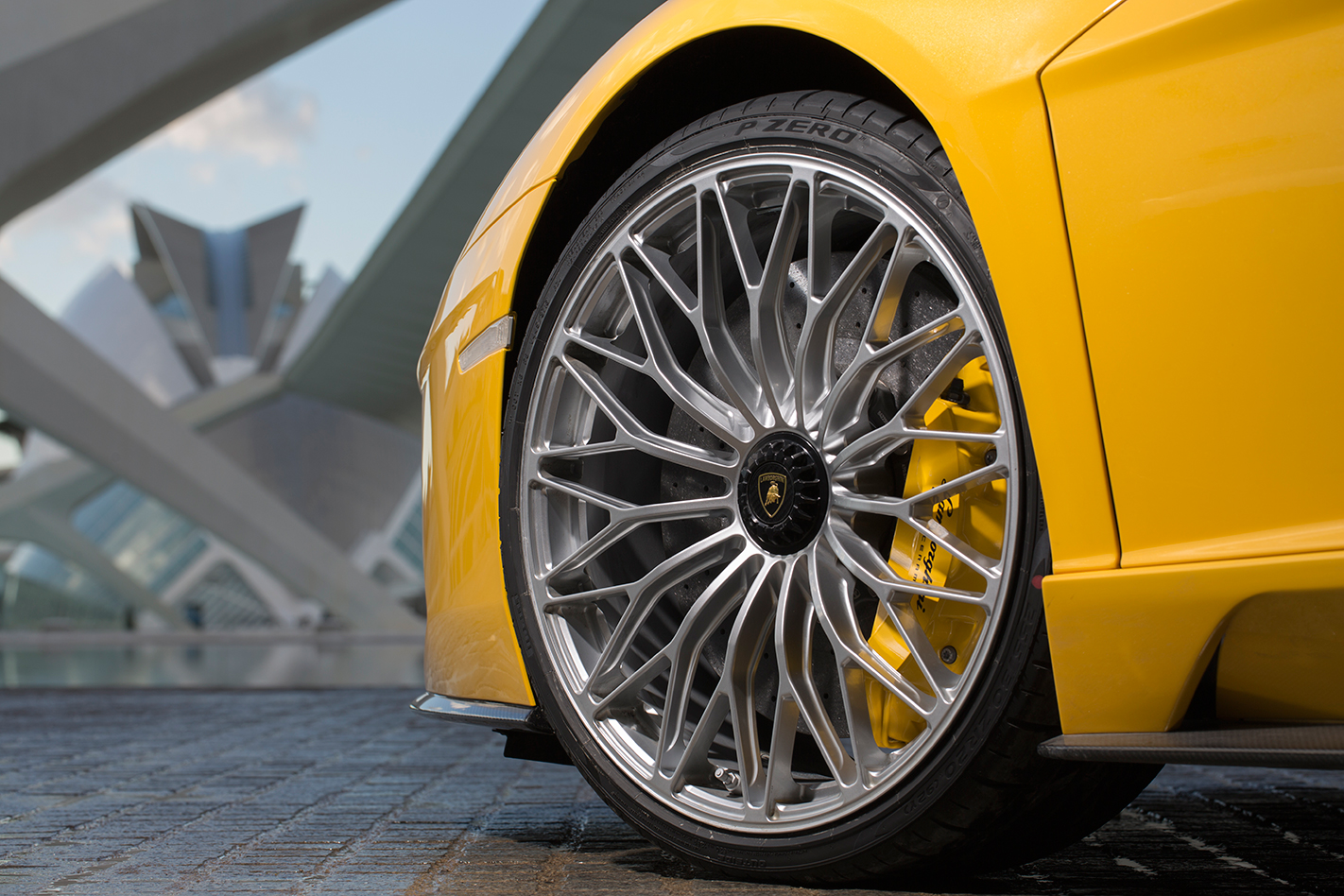 Lamborghini has spent the last six years trading the Aventador on machismo, but the wholesale revisions for Aventador S put a letter on what it needed for genuine driver appeal. It’s a masterpiece. 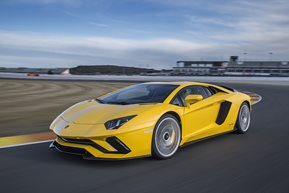