PLENTY of seriously fast metal gets announced every month, and we here at Wheels report on it religiously.

But we aren’t quite sure how to react to this one, other than with slack-jawed awe and bewilderment. 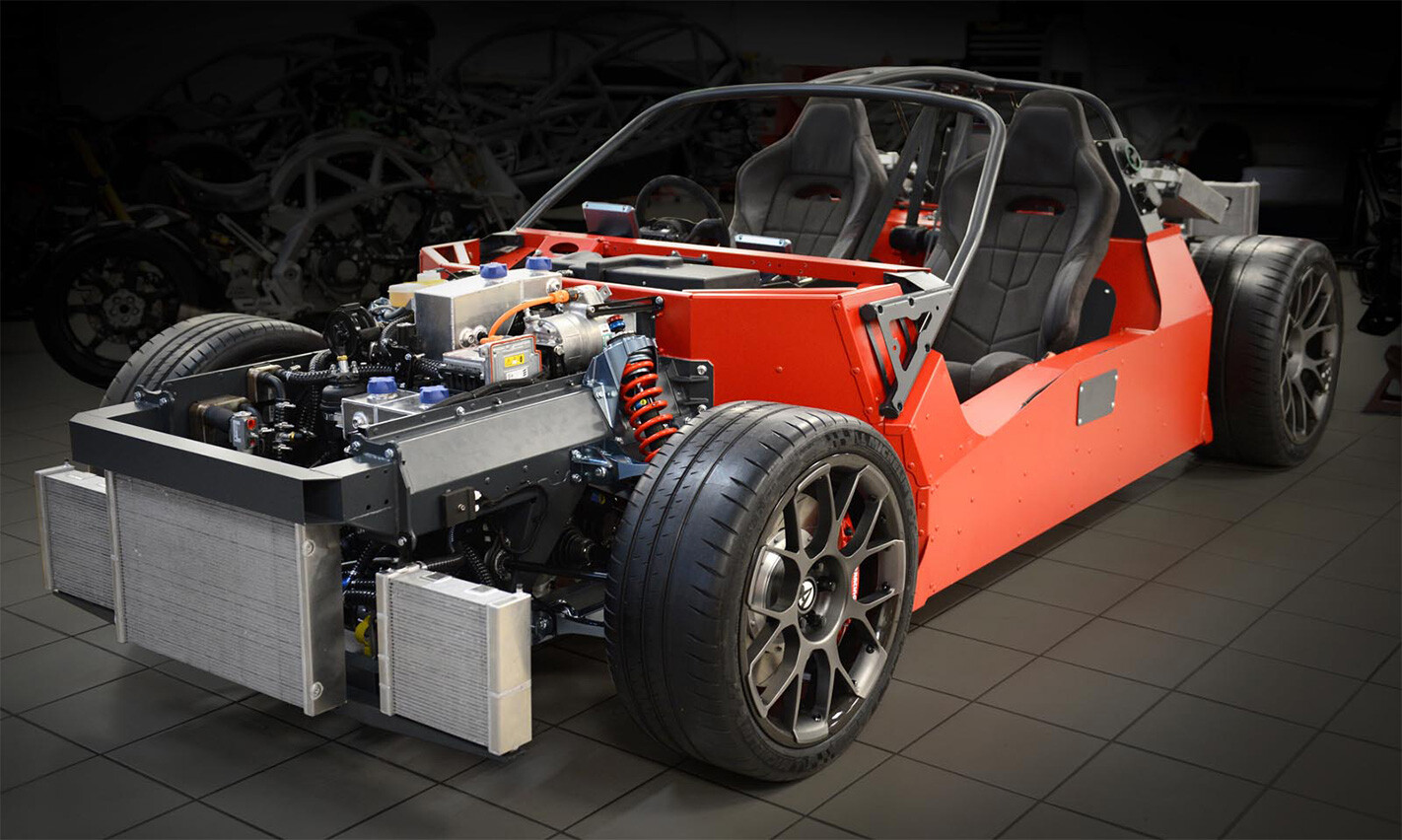 Why? Because Ariel wants to build ‘the fastest-accelerating and most advanced supercar in history’. It will be called the P40.

Ariel says the basis of the car will be an aluminium monocoque chassis with carbonfibre body panels, for a weight figure in the 1600kg ballpark.

Power will be delivered by a quartet of electric motors – one for each corner – packing 220kW apiece and supplied power by a 42kWh liquid-cooled battery. 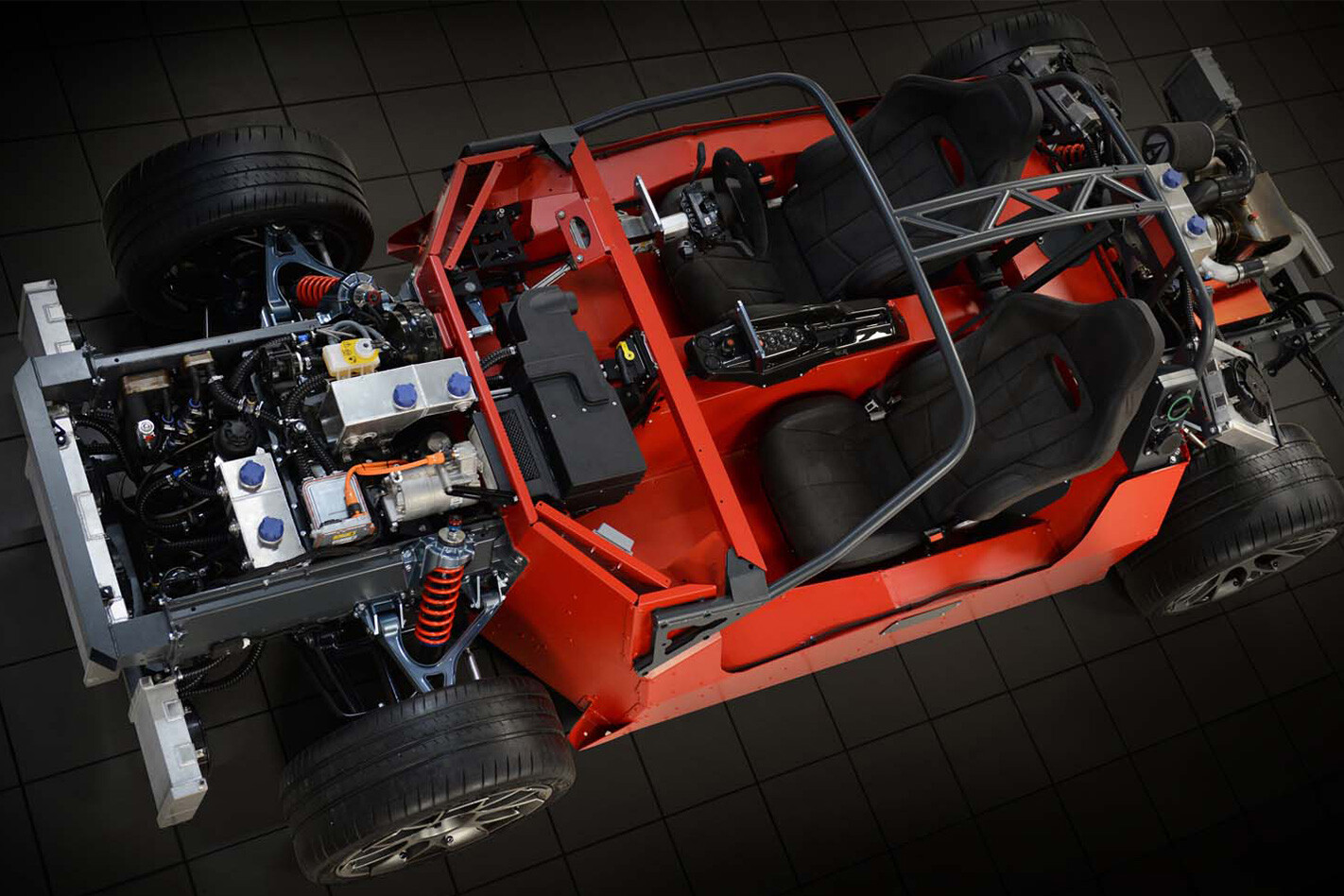 Oh, and it’ll have a jet engine. Ariel has plans to use a gas turbine as a range-extender, with a compact jet engine producing 35kW and allegedly providing ‘sufficient power’ once the all-electric range of 160-193km is maxed out.

Flat-out and with a full charge, Ariel expects the P40 to be good for 15 minutes of track action, before requiring a 50 minute fast-charge.

Ariel is receiving a £2 million (A$3.25 million) grant from the UK government for the project. 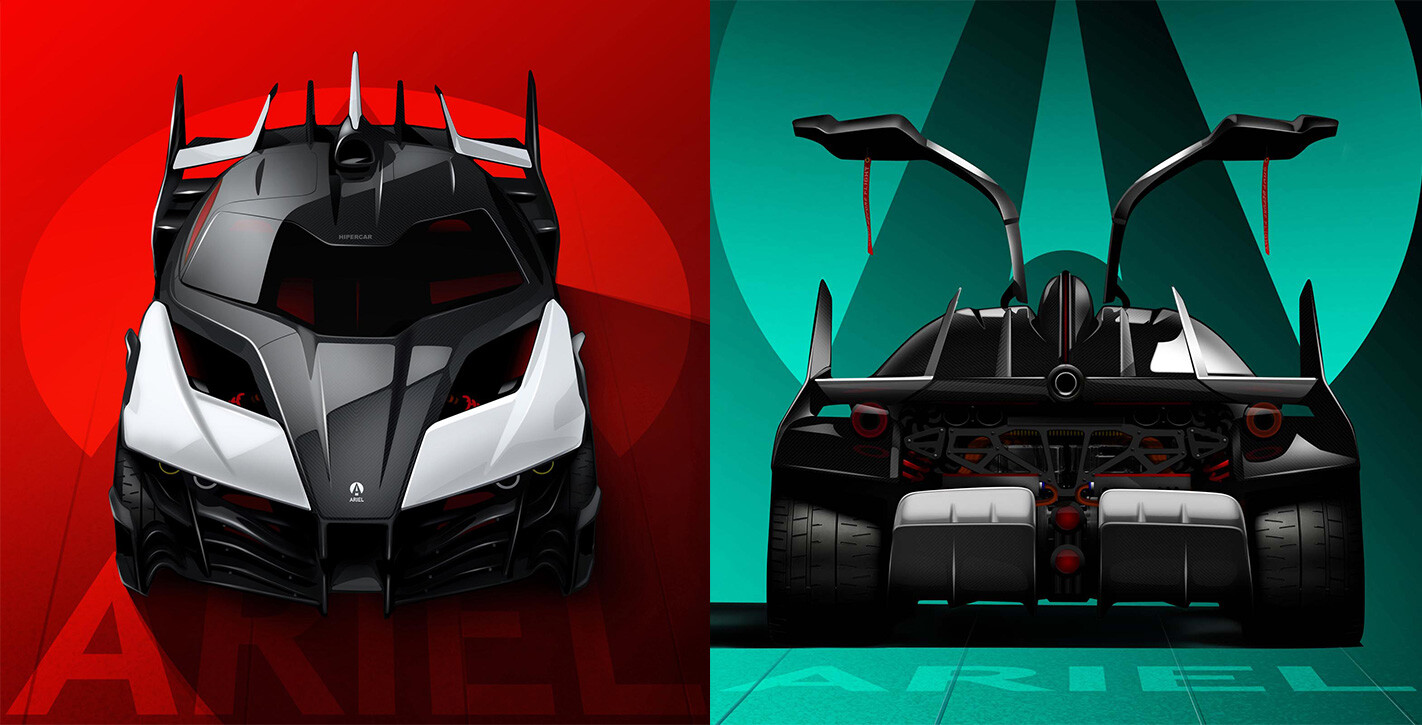 “We love the Ariels we make now, but we know we have to embrace new technology. If we don’t, in 20 years we’ll be making antiques, and we could even be legislated out of existence.”

It’s likely something this crazy will have limited production numbers, so if you are interested, make yourself heard quickly. But don’t get your hopes up for a local release – legislative hurdles have kept Ariel out of Australia for years.