At long last, Aston Martin’s new generation DB11 has broken cover in Australia, after debuting in Geneva earlier in the year.

Aston Martin Asia Pacific marketing manager Kevin Wall said that the company has taken a thousand orders for the car since its reveal, with “several” down for potential Australian customers when the cars drop in September. 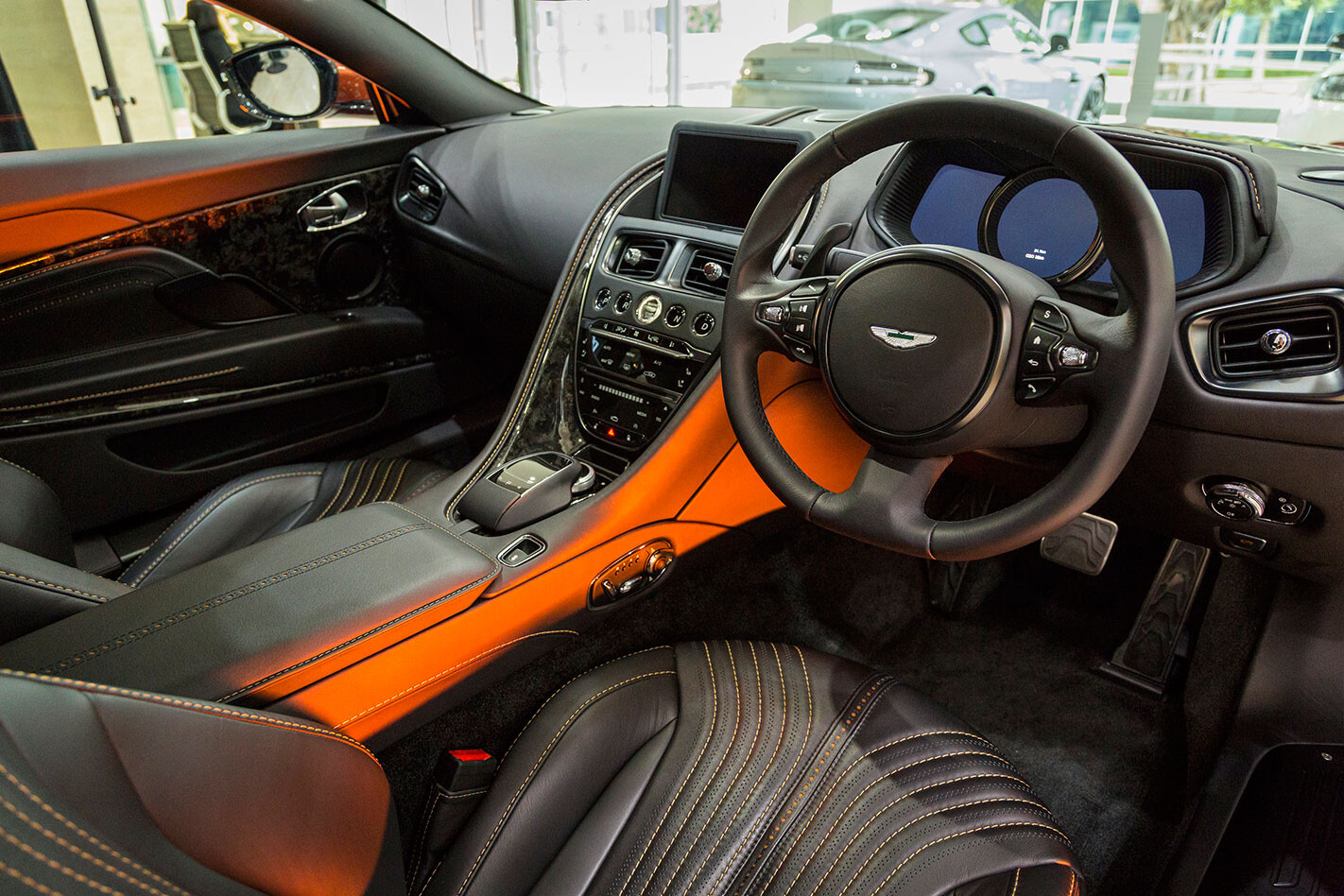 “We’re betting the house on this car,” Mr Wall said. “Our dealers in Australia have made major investments in the brand for the launch of this car.”

It’s a top-to-tail redo for one of the most iconic sports cars on the planet, though it hasn’t strayed too far from the formula that sets it apart from other premium marques.

Under the clamshell bonnet – a first for Aston Martin – lies a inhouse-developed 5.2-litre twin-turbo V12 engine, backed by a traditional eight-speed auto turning the rear tyres via an electronic limited-slip diff.

An extruded and bonded alloy chassis is reinforced with magnesium door frames and clad in aluminium and carbon fibre panels, while a comprehensive and pretty revolutionary aero makeover does away for the need for a visible rear spoiler.

Air is drawn in through ducts at the tops of the rear windows, passed theough the C-pillars and out of a slot that’s cut lengthways in the bootlid, creating a virtual Gurney flap. The 2+2 coupe is 50mm longer than the now-discontinued DB9 – the DB10 name was snaffled by James Bond for his Spectre prototype that he crashed in Rome – yet comes in 15kg lighter at 1770kg.