BMW has announced the next model to join the M4 coupe in the freshly resurrected CS stable, with the mechanically related M3 sedan next in line for the go-faster enhancements.

Like the two-door CS that arrived in Australia last month, the four-door M3-based version will adopt its weight-saving and engine tuning modifications to wring another 21kW and 50Nm from the standard 3.0-litre straight six turbo and drop the kerb weight to 1585kg.

With the 338kW/600Nm punch and crash diet, the most potent M3 in the line-up shaves 0.4s from the garden variety M3’s 0- 100km/h dash to 3.9 seconds, and is still a tenth faster than the current acceleration champ – the M3 Pure, which gets the Competition Pack goodies minus some luxury equipment heft. 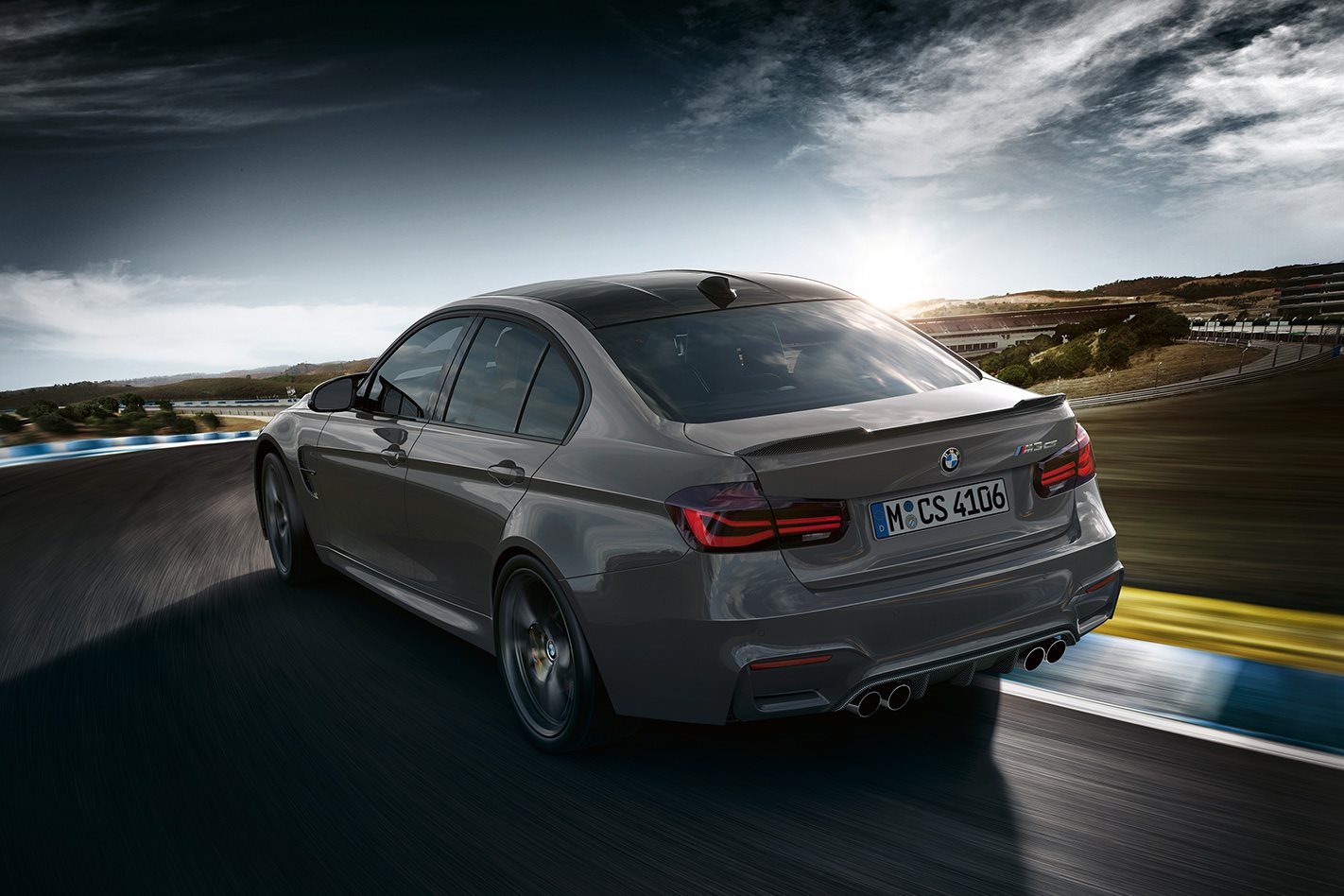 Under its carbonfibre bonnet, the twin turbo in-line six engine is effectively the same donk as fitted to the mighty M4 GTS, minus the water injection and will sing up to a 7600 rpm redline. Despite the performance enhancements, BMW says the M3 CS will still only consume 8.3 litres of fuel per 100km on the combined cycle.

Like the bonnet, the M3 CS roof and boot lid are also constructed from the exotic material and drop six kilos from the overall mass, which lowers the centre of gravity for enhanced handling and road holding.

In addition to the lighter panels, the M3 CS also gets a carbon rear spoiler, tailored front and rear bumpers, carbon rear diffuser and a bespoke set of forged alloy wheels in matte Orbit Grey, measuring 20 inches at the rear and 19 at the front. 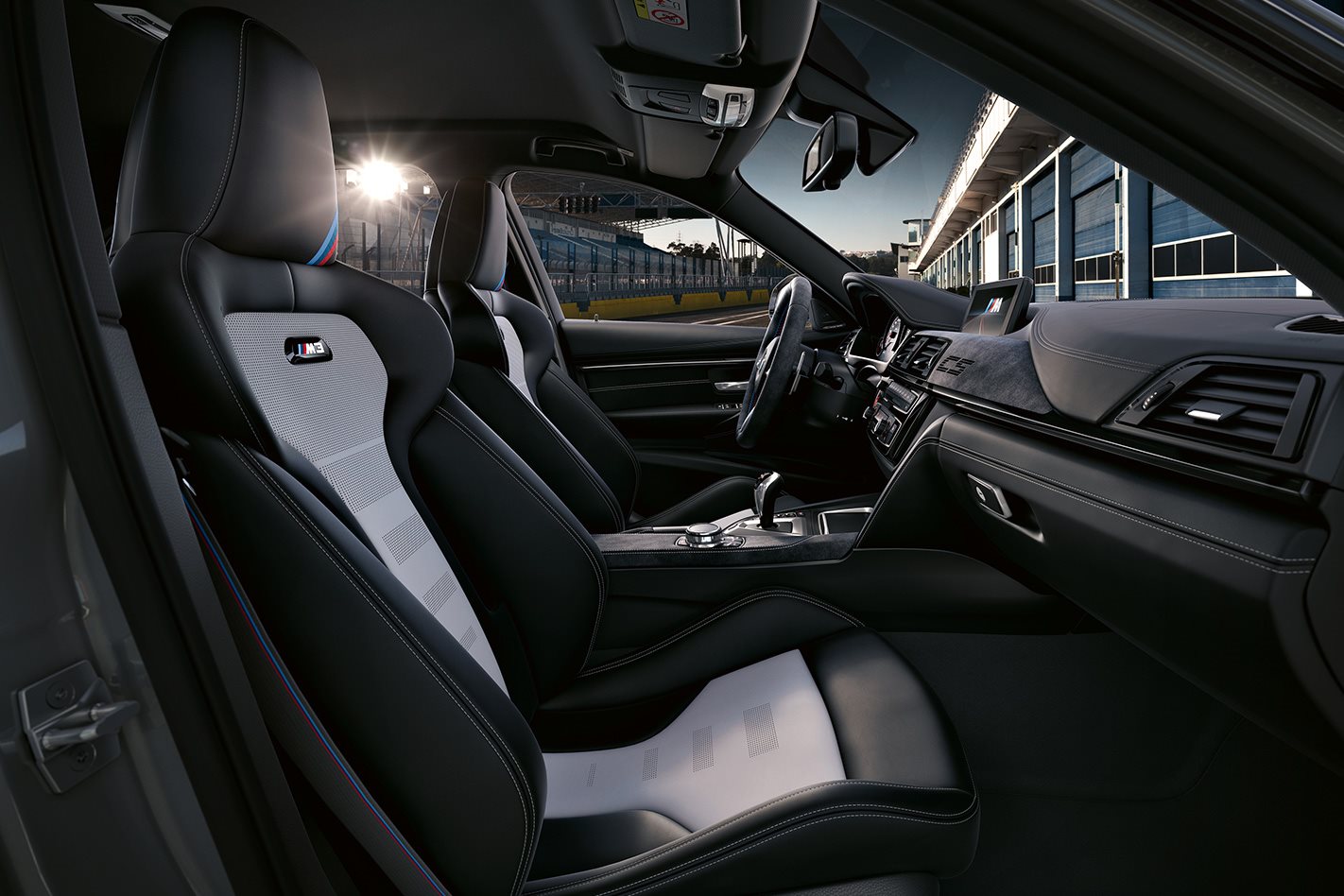 Rubber is courtesy of Michelin with range-topping Pilot Sport Cup 2 tyres measuring 265/35 at the front and 285/30 on the driven axle for grip to match the grunt.

Suspension has been revised with unique spring and damper settings for the new addition, while braking is taken care of by BMW M compound pads, housed in four-piston front calipers and twin-pot versions at the back. Discs are iron unlike the $299,000 M4 GTS which had carbon rotors. BMW will fit the more exotic and track-focused set up for an additional cost.

A specially tuned quad-pipe stainless exhaust completes the package for a bark unique to the CS.

Inside, the CS treatment continues with synthetic suede Alcantara applied about the interior and lightweight sports seats, along with leather upholstery in Silverstone and Black. A red engine start button signals the CS’ more sporting intent and BMW says the interior has been stripped of some kit in the name of further weight reduction. 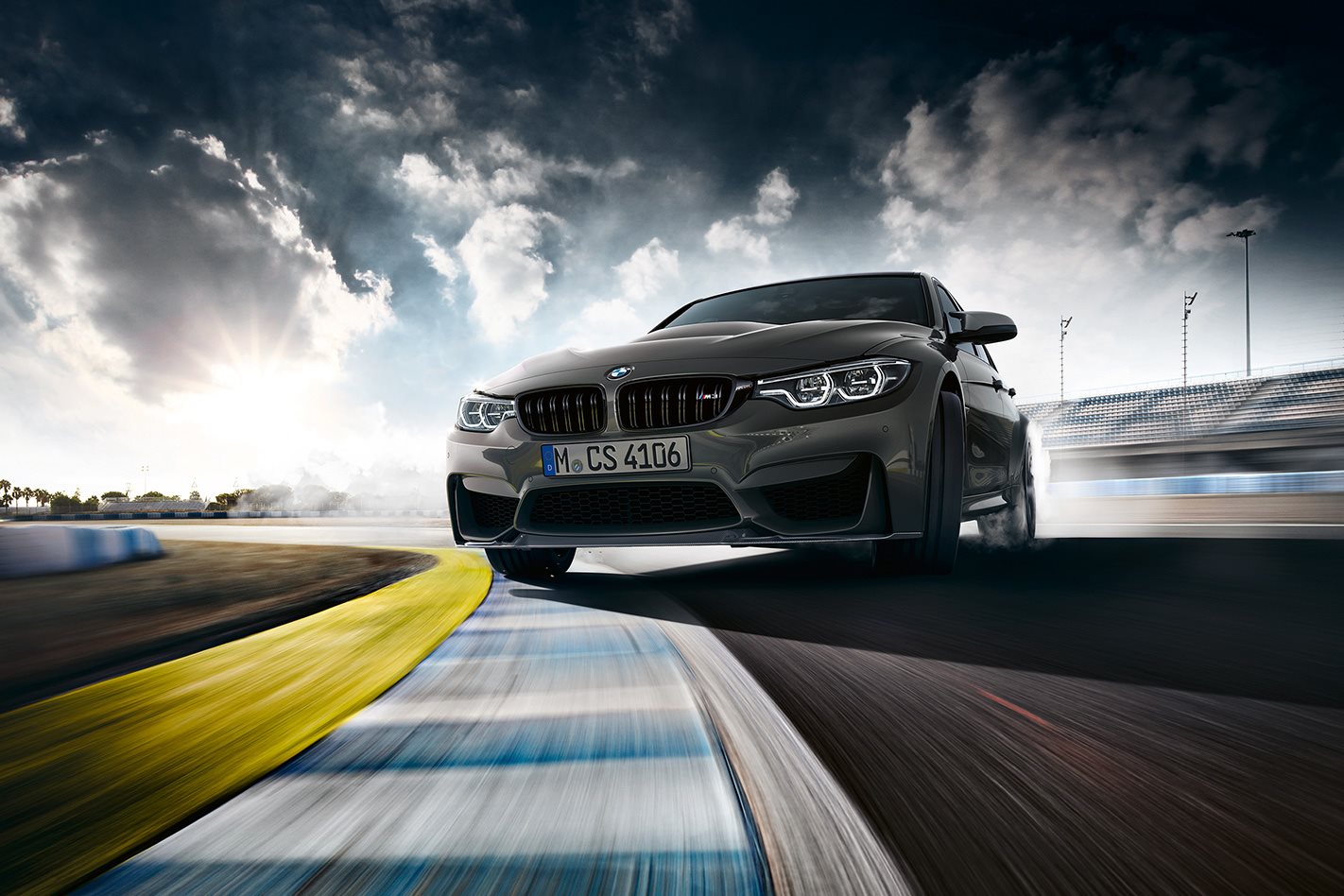 That said, the top-shelf Harman Kardon stereo remains, as do staple comfort luxury items such as climate control.

It’s business as usual for the transmission with a seven-speed dual clutch unit sending power to the rear wheels via an Active M differential, which offers electronically controlled limited slip for optimum traction under all driving conditions.

Production will be limited to about 1200 worldwide with Australia’s allocation or pricing not yet confirmed, though Australia has historically been offered a generous cut of BMW special edition global production, including the M4 GTS of which 25 were delivered along with 10 of the even rarer M4 DTM cars – 5.0 percent of the total run.