MISSED out on an example of BMW’s vicious M4 GTS and even more exclusive M4 DTM Champion Edition? Well, the German car maker is giving fans of its high-performance super coupe a chance to get hold of a new M4 CS limited edition.

BMW’s latest hardcore M4 special is chalked to make its global debut at the Shanghai motor show this week, but Wheels was given an opportunity to meet the rare breed at a quiet pre-show event in South Korea.

The new limited edition slots into the M4 range above the current M4 Competition but below the sold out M4 GTS and DTM twins with a version that chamfers some of the track focussed edges and adds a little more on-road potential. 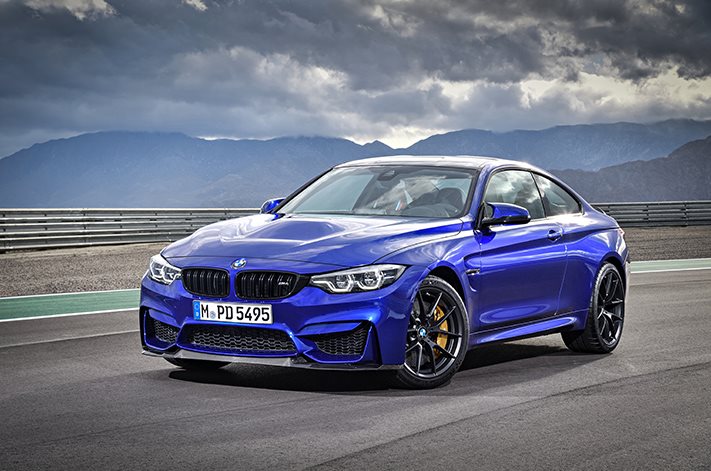 M4 becomes the first in a range of M division models expected to receive the CS badge and treatment in the near future. Trademark applications have been filed for all models between M1 CS and M8 CS.

Picking up from the most powerful regular production M4 variant, the CS takes the Performance Pack as its basis but adds a number of performance enhancing features and a scattering of aesthetic tweaks to let everyone know you have one of between 2000 and 3000 CS examples that will be made available globally. For comparison, the M4 GTS was limited to 700 examples worldwide.

Think detuned GTS rather than warmed up M4 Performance, because the CS has exactly the same lump under its bonnet, minus the GTS and DTM’s water injection that allowed it to find another 30kW with more boost pressure. 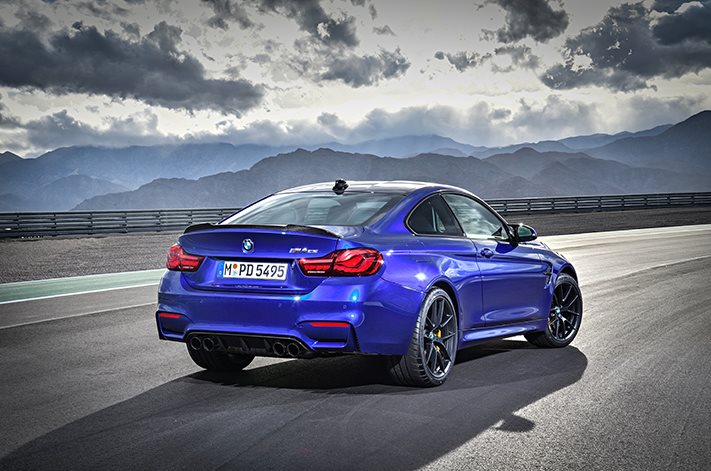 BMW is yet to reveal how many of the special M4s will be coming down under, but if the share is in similar proportions compared with the GTS and DTM, Australians will be offered a generous ratio of the global allocation.

With an extra 7kW and 50Nm over the Performance Pack M4, the CS has a muscular 338kW and 600Nm at its disposal thanks to the more capable version of the 3.0-litre turbocharged straight six that hides under the bonnet of every M4 variant.

While it can’t quite match the 368kW of the most serious M4 GTS and DTM, the CS engine does equal the torque figure for a zero to 100km/h dash of 3.9 seconds - just one tenth slower than the flagship pair. 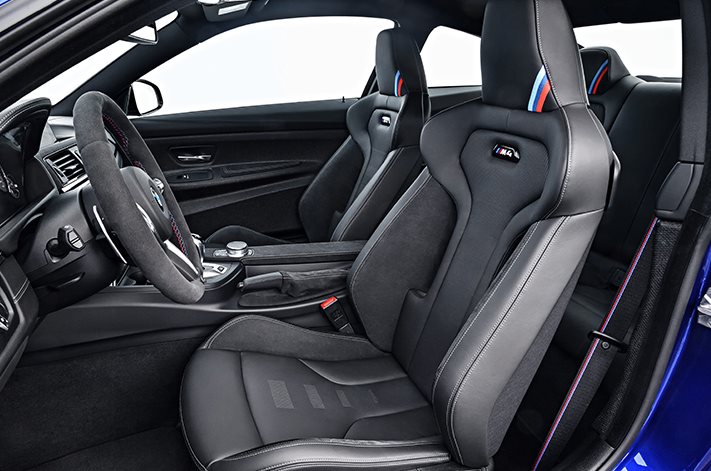 As for the transmission, it is business as usual, with the same seven-speed dual-clutch automatic that is standard trim in the M4 Competition sending power to the rear wheels, although BMW has confirmed that customers will not be offered the same no-cost manual gearbox option.

Grumbling purists may be silenced when they are told the six-speed manual can’t handle the massive torque of the fettled six-pot turbo.

Suspension is also a carryover from the M4 Competition but the series of special modifications were tested against the Nurburgring high-performance road-car benchmark, where the CS put in a respectable time of 7 minutes and 38 seconds. 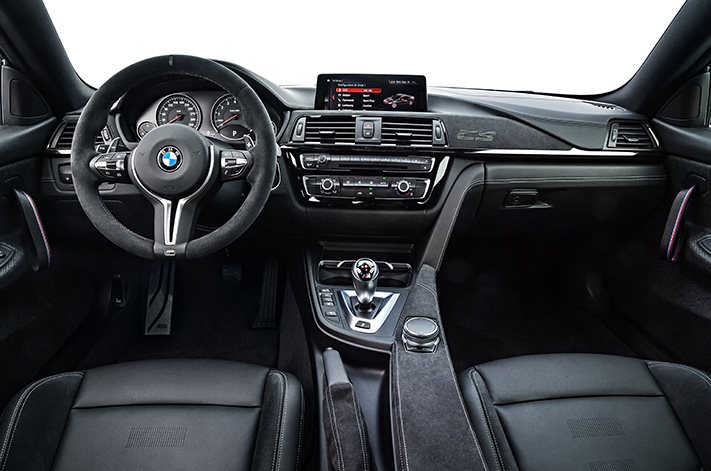 The brisk performance at one of the world’s most revered, feared and respected circuits is also partly thanks to the extensive use of carbonfibre.

At the front end, a new splitter is unique to the M4 CS, while the roof, rear diffuser, boot lid, spoiler and even propshaft are all crafted from the exotic material, resulting in a kerb weight of 1580kg. Its combination of GTS hardware without the same weight saving measures means the CS is heaviest of the M4 range. 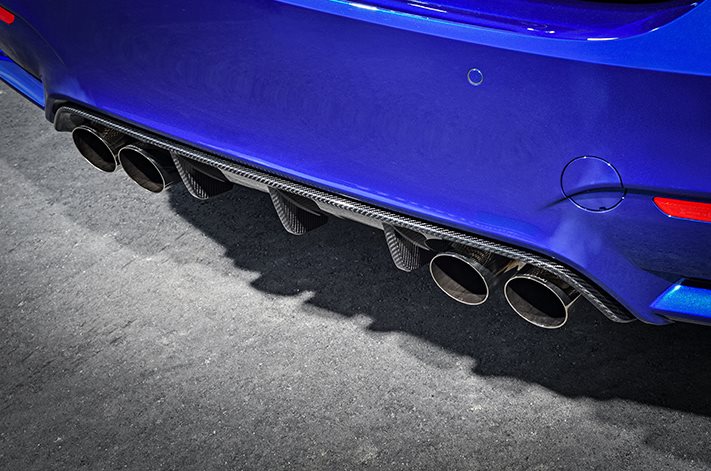 Its bonnet is also crafted from the weight-saving material and is lifted directly from the GTS, bringing the purposeful power bulge and extra vent along the leading edge for boosted cooling without upsetting aerodynamics.

Further weight was stripped out with the installation of lighter interior door trims, which use a natural fibre composite, while regular door handles have gone in the bin in favour of more racing-inspired pull loops.

BMW M4 Magny-Cours comes with a free bike and watch

Like the GTS, the CS also gains the company’s new organic LED tail lights that will eventually spread to the entire M4 range when it is treated to its mid-life update at a date yet to be confirmed. 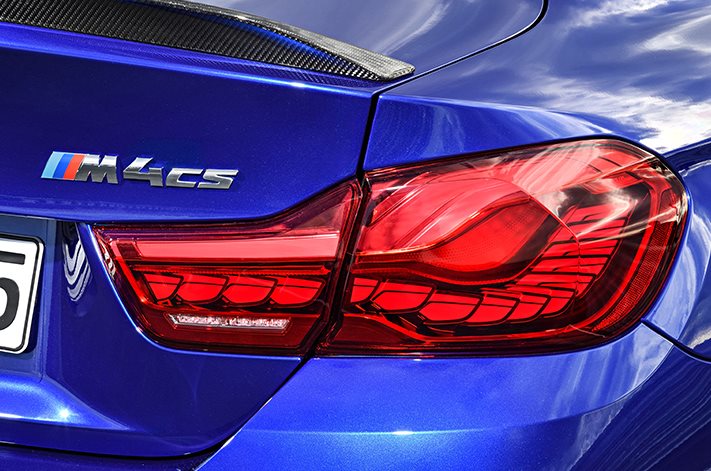 The more track-focused roll-cage from the DTM and GTS versions is not offered for the CS in the name of practicality, which has allowed the reinstallation of the rear seats, but its seat belts still feature the classic BMW M colours woven through the fabric - matching the door handles.

Exclusive Alcantara has been liberally applied to a multitude of surfaces throughout the cabin, including an M steering wheel when optioned, while the special lighter sports seats are finished in a combination of Merino leather and the synthetic suede.

Drivers who forget they are driving one of the most exclusive M4 editions are reminded by the letters CS embossed into the dashboard Alcantara. 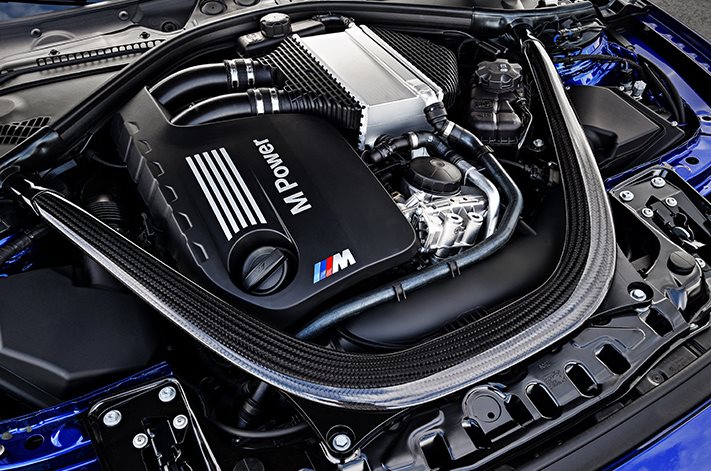 In standard form, braking is taken care of by four-piston callipers in blue for the front axle and twin piston versions at the rear, but can be optioned up to racing grade carbon-ceramic rotors grabbed by six-piston front callipers and four-pot versions at the back, painted gold.

For those that really want to flaunt the exclusivity of their special edition, the M4 CS is available in a choice of two colours that are unique to the variant - San Marino Blue and Lime Rock Grey - as well as the choice of four other hues that are not limited to the CS. 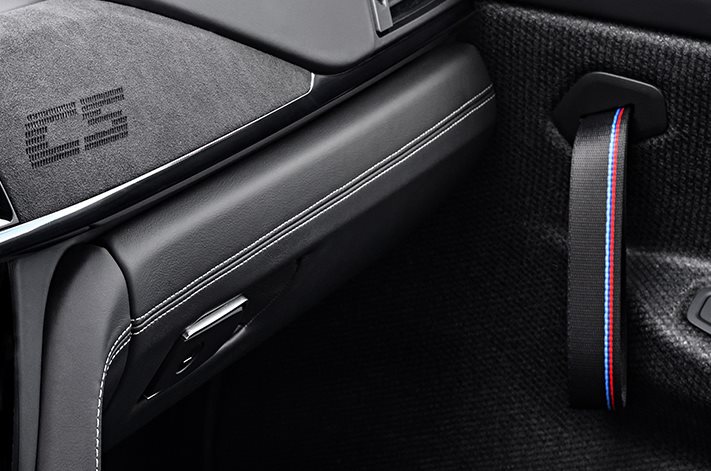 An even more conspicuous form of the unique blue is on offer in the form of a matte ‘frosted’ version for those who want to take cool to an almost literal place.

Pricing is not yet finalised for the Australian market, but using European prices as a guide expect the M4 CS to cost around $200,000, filling the sizeable gap between the $154,900 M4 Competition and the massively pricey GTS which was snapped up at just less than $300,000. Production starts in July this year. 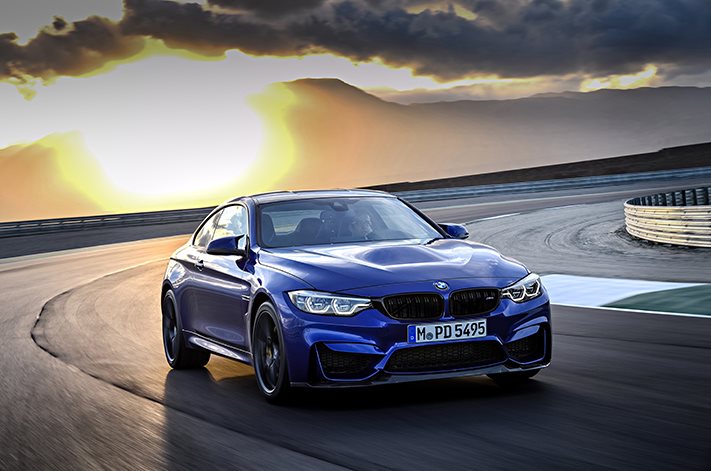 The reintroduction of the CS (Club Sport) badge stops just short of the esteemed CSL (Coupe Sport Lightweight) genome, which hardcore BMW fans will remember adorning the incredible E46 M3 CSL and 3.0 CSL before that.

It is not the first time a Munich model has worn the CS moniker, with the 1960s E9 coupe taking those honours, while other models have been slapped with a CS variant in small numbers since. 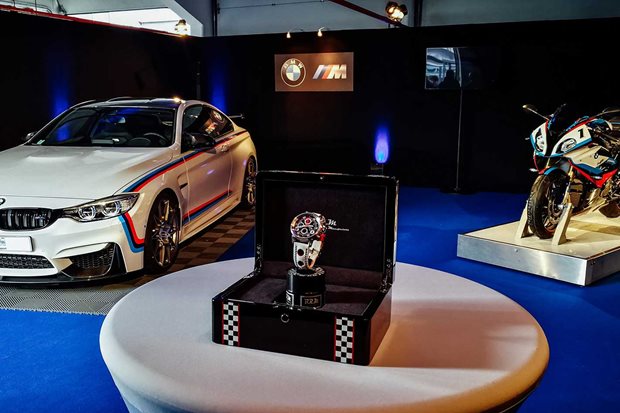 BMW M4 Magny-Cours comes with a free bike and watch